We love fairy tale picture books with their life lessons, heroes, heroines, magic, and unusual creatures. It’s interesting to watch as fairy tales adapt and change like the story below of Goldy Luck instead of Goldilocks. But equally as fascinating is the original versions retold to new audiences as with The Snow Queen and Little Red Cap. Finally, there are authors who invent new fairy tales that are rich with meaning such as The Three Mouths of Little Tom Drum. 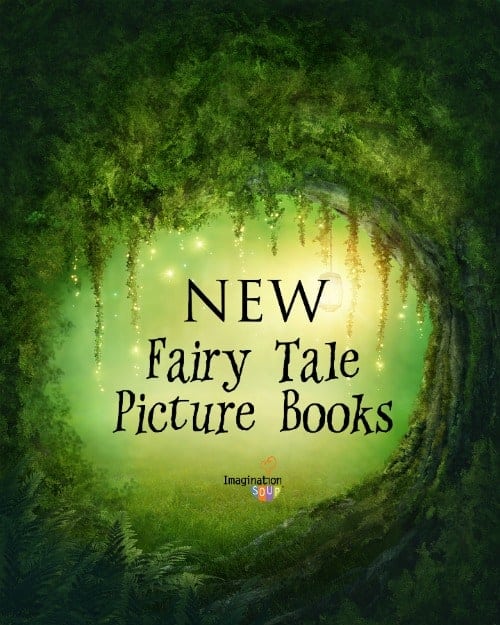 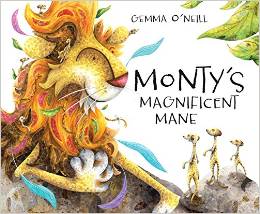 Monty’s Magnificent Mane by Gemma O’Neill
Okay, first — GORGEOUS ART! I could frame every page in this beautiful book. And then the story — well, it’s a lovely cautionary tale about getting too big for your britches, or mane in this case. Monty’s mane vanity gets him in some crocodile trouble which teaches him perspective. (Yes, it is more of a fable than a fairy tale but . . .) 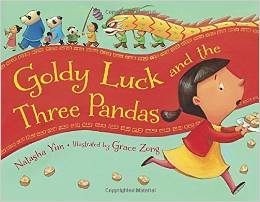 Goldy Luck and the Three Pandas by Natasha Yim, illustrated by Grace Zong
My daughter says this is SO MUCH better than the original Goldilocks and the Three Bears because in this story of a young Chinese girl named Goldy. Goldy returns to the scene of her crime to apologize and help fix things. This is a better ending. I agree. 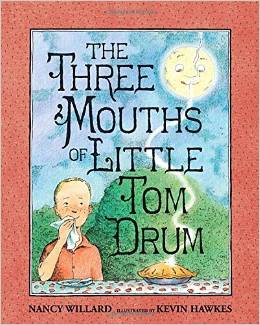 The Three Mouths of Little Tom Drum by Nancy Willard, illustrated by Kevin Hawkes
This is a wonderful modern-day fairy tale, or cautionary tale, about a boy named Little Tom Drum who wants strawberry pie so much that he wishes he had three mouthes. And he gets his wish. (Hmmm, be careful what you wish for . . . ) With shame, his parents hide Tom away so he reads and invents in solitude. While he waits for his wish machine to work, Tom starts inventing things that help others – a dog paw, and speedy grandma shoes. Does he get his one mouth back? You’ll have to read the book to find out. My daughter adores this book! 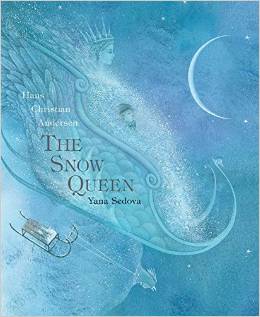 Hans Christian Andersen’s The Snow Queen by Yana Sedova
I’m not sure this would be categorized as a picture book but as a fairy tale chapter book with illustrations? Never the less, it’s a detailed and solid retelling of the original snow queen story — which might be very interesting to fans of the movie Frozen. It’s beautifully illustrated and has a happy ending. 🙂 (Which not all fairy tales do!) 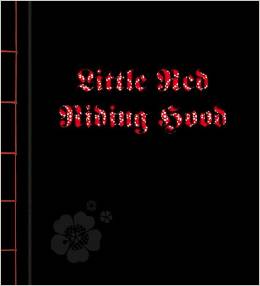 The Brothers Grimm Little Red Riding Hood illustrated by Sybille Schenker, translated by Anthea Bell
Amazing paper cut illustrations make these peek-through-pages totally framable. This is the original story of Little Red Cap and the huntsman who cuts open the wolf and then kills him which may not be appropriate for young readers so you’ll have to decide on that. 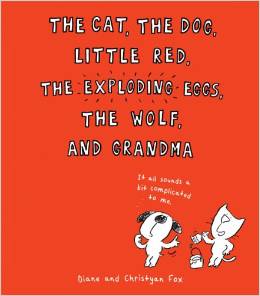 The Cat, the Dog, Little Red, The Exploding Eggs, the Wolf, and Grandma by Diane and Christyan Fox
Absolutely hilarious! Cat begins to read the story of Little Red Riding Hood to Dog but she doesn’t get far before Dog starts to interrupt with his ever so interesting thoughts about what might happen next “So kindness is her special power? Does she hypnotize bad guys into being nice?” Cat is not amused. . . And Dog just can’t help himself . . . “How does she fight crime, then? Does she have a cool kind of flying gadget basket? Are they exploding eggs?” . . . “I think the Wolf needs to think bigger if he’s going to be a super-villain. Maybe he could rob a bank on the way to Grandma’s house.” Your kids will love Dog and Cat — even though they have such unique and different characteristics. 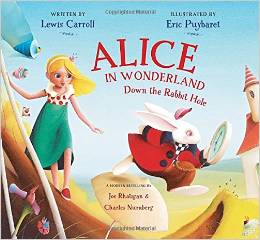 Alice In Wonderland Down the Rabbit Hole by Lewis Carrol, illustrated by Eric Puybaret, retold by Joe Rhatigan & Charles Nurnberg
I’m not sure this counts as a fairy tale but it’s so close. This picture book retells only a small portion of the Alice in Wonderland story — from the fall down the rabbit hole to shrinking and growing to meeting strange creatures. The illustrations make this book stunning! And the retelling actually make a wild story somewhat less strange and more magical. I liked it a lot. 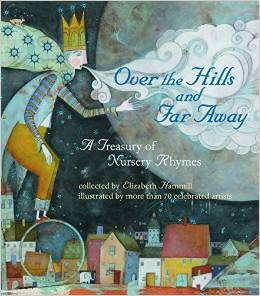 Over the Hills and Far Away: A Treasury of Nursery Rhymes collected by Elizabeth Hammill, illustrated by more than 70 celebrated artists
This book is a bit cumbersome for especially small children. Mine (who are not small) both weren’t interested in such a big book. However, it is beautifully illustrated and probably one of the most thorough collections of nursery rhymes I’ve seen with a lot of rhymes I’d never before read. 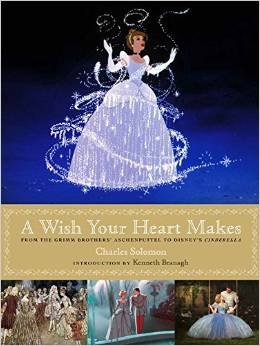 A Wish Your Heart Makes: From the Grimm Brothers’ Aschenputtel to Disney’s Cinderella by Charles Solomon
Now this book is a good workout for your arms, too – it’s enormous and packed full of information. It traces the history of the Cinderella story then shares how Walt Disney made the story into a film with an upcoming new live-action film staring Cate Blanchett and Lily James. Tons of illustrations and photographs will entrance any Disney fan.
Wondering about reading fairy tales with your kids? I’ve written my thoughts of why fairy tales are so essential to childhood here.
More fairy tale book recommendations here and a list of fairy tale books for kids here.