Looking for a good book series for your 7th-grade readers? I’ve gathered a list of kid-favorites that will keep your kids engaged throughout the entire series.

These are not book series that start out great and lose quality by the 2nd or 3rd book — these series STAY great.

That being said, I realize that there are a lot more fantasy and sci-fi books than other genres so I will continue to add to this list as I find more exceptional books.

Go HERE to find all of my book recommendations for 12-year-olds.

Cinder (Lunar Chronicles) by Marissa Meyer
SCI-FI
This is a great series for teens who are transitioning from middle-grade to YA books. When Prince Kai asks Cinder, a human with cyborg parts, to fix something for him, she becomes entangled in a plot which puts her life at risk and the entire country’s fate is hanging in the balance. And, it turns out she’s not who she thinks she is. This is an AMAZING can’t-put-it-down series based on the fairy tales like Cinderella, Sleeping Beauty, and Red Riding Hood! And, every book is just as good as the previous book. BOX SET 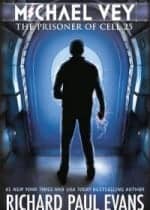 The Prisoner of Cell 25 (Michael Vey #1) by Richard Paul Evans
SCI-FI
If you like fast-paced adventure and science fiction, you’ll love this fantastic series about a boy with electrical powers and an evil group who wants to control him and others like him. It’s an addictive series for kids who enjoy action, suspense, and adventure. BOX SET 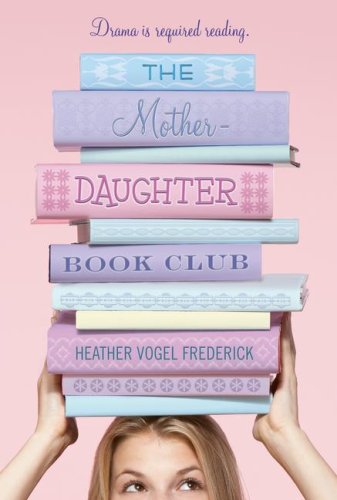 Mother Daughter Book Club by Heather Vogel Frederick
REALISTIC
This series kept my 12-year old daughter reading all summer one year. The story begins when a group of 6th graders form a mother-daughter book club. Each book in the series focuses on one book (such as Little Women, Daddy Long Legs, and Pride and Prejudice) and the often dramatic relationships between the girls among themselves and their relationships with their mothers as well as the business of growing up. BOX SET

The Maze Runner by James Dasher
SCI-FI
What a wild ride! Kids can’t put these books down. In this dystopian world, kids are either killed or must kill to survive. There are tons of plot twists which kept me surprised and entertained. Boxed Set HERE.

Dorothy Must Die by Danielle Paige
FANTASY
In this Wizard of Oz remix, Dorothy is evil and Amy Gunn, the other girl from Kansas, is recruited to help the freedom fighters to fix and free all of Oz. Great writing plus an unexpected plot make this hard to put down! 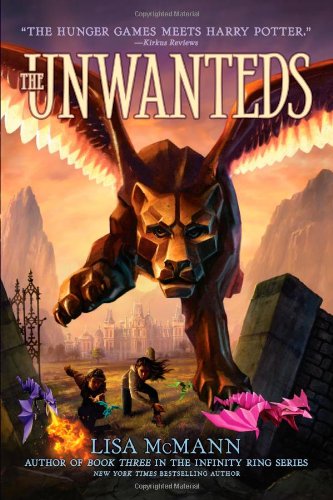 Unwanteds  by Lissa McMann
FANTASY / DYSTOPIAN
My 12-year old recommended this series to me and I loved it as much as she did! In this society, you are sorted as Wanted, Necessary, and Unwanted. Alex is an Unwanted and is sent to die. But instead of death, Alex is rescued by a magician who has created a secret, magical haven for the Unwanteds where they live and train to use their magic skills. I love the creative magical characters in this world like Alex’s art teacher — an octagator! Here’s the problem — Alex is a twin. He pines for his twin, a Wanted and convinces himself that his twin also misses him. (He doesn’t.) Alex risks the safety of his new home to see his twin in the old world. And yes, the secret world is discovered, war breaks out, and more secrets are revealed.

The Nameless City by Faith Erin Hicks with Jordie Bellaire
FANTASY/GRAPHIC NOVEL
In an Asian-influenced series about an occupied city, we meet two kids from different clans and backgrounds who become unlikely friends. Kaidu is a Dao and new to the Nameless City where he’s studying to be a soldier. Rat is a street girl who teaches Kaidu how to survive in the city. Together they save the city’s leader from an assassination plot. The action and characters are compelling. Next in this series is The Stone Heart.

Ghost by Jason Reynolds
REALISTIC
Ghost accidentally gets on a track team and it’s life changing. His coach becomes a mentor and father figure who pushes Ghost to take responsibility for his mistakes (stealing sneakers) and to start dealing with the ghosts of his past. Well-written and hopeful about growing up and growing into yourself. Next in the series is Patina.

The Lord of the Rings by J.R.R. Tolkien
FANTASY
Epic fantasy stories weave together a world of magical creatures where evil is threatening the land. The writing is complex, detailed, and intense. BOX SET

The Ruins of Gorlan: Ranger’s Apprentice book 1 by John A. Flanagan
FANTASY
Will is apprenticed to become a Ranger, a job he’s unsure about. But as he develops a relationship with his master and learns what being a Ranger is all about (spying for the kingdom,) and comes to embrace his new life. When an old enemy of the kingdom sends out dangerous beasts to attack Will’s master, Will is instrumental in getting help and killing the creatures. Action, fantasy, adventure, friendship, excellent writing — this book has it all! Ranger’s Apprentice is a must-read, mesmerizing epic fantasy. BOXED SET

Edge of Extinction The Ark Plan by Laura Martin
DYSTOPIAN / ADVENTURE
Action from the first page! This is an awesome story about a dangerous world where cloned dinosaurs have taken over. Now Sky and her fellow humans live below ground in safety with Noah as their supreme ruler. Sky discovers that her missing (maybe traitor?) father left her a secret note with cryptic instructions on how to be found. She decides to leave the underground city in order to find her dad. Barely outside a day, she and her friend Shawn are rescued from hungry dinosaurs by a boy who lives in a treetop enclave. When his enclave is attacked by Noah’s soldiers looking for her, Sky realizes that everything she believed about Noah is wrong and is even more determined to find her father. LOVED it! 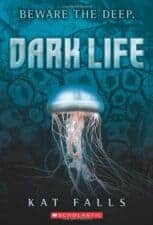 Dark Life by Kat Falls
SCI-FI
When the oceans swallowed much of the earth, humans either moved into stacked cities or the ocean floor. Ty lives in the ocean but his way of life is threatened by murderous outlaws who steal and kill. He befriends a Topside girl named Gemma who is looking for her brother undersea. They learn that her brother is the leader of the outlaws, was a former medical experiment, and has Dark gifts just like Ty. This is action and intrigue from the get-go and you’ll love every minute of it. (Next in the series is Rip Tide.) 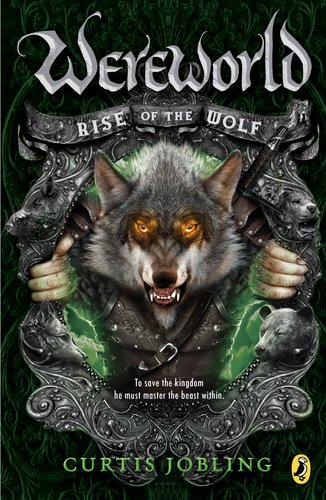 Wereworld  by Curtis Jobling
FANTASY
Drew is raised on a farm and knows little of his surroundings. He’s ill prepared to live on the run, which he does when his were powers arise. Fortunately, he meets the other WereLords including a WereBear Lord who fought with Drew’s father and is willing to help him. Kidnappings, revenge, murder, and a prophecy — this book has all the elements you’ll want in a fantasy adventure series. 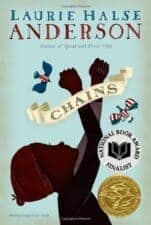 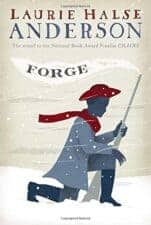 Chains, Forge, Ashes (Seeds of America) by Laurie Halse Anderson
HISTORICAL FICTION
Experience the Revolutionary War through the eyes of an African-American girl named Isabel and her friend, Cuzon. Whether enslaved, escaped, or enlisted, these two are determined survivors. The writing is amazing and the story is captivating. I love and highly recommend these books! Boxed Set Here.

The Quest for the Truth by Brock Eastman
SCI-FI / CHRISTIAN
I couldn’t put these books down — the writing is fantastic, fast-paced, and engaging. The plot itself is intriguing. It’s a futuristic world where four siblings archeologist parents are kidnapped by forces trying to find hidden artifacts which will lead them to eternal life. The kids pursue both the artifacts and their missing parents across different planets where they discover a hidden civilization of blue-colored people, escape a dangerous laboratory with predatory creatures including dinosaurs, learn a friend is really a foe, get captured by pirates, and so much more.

Steelheart by Brandon Sanderson
SCI-FI
I love this unique world with its plot twists and turns. Epics are super-powerful, evil god-like creatures who control the world’s cities. Because David’s father was killed by Chicago’s Epic named Steelheart, David wants revenge. He joins the rebel group, the Reckoners, to learn how to assassinate Steelheart– a next to impossible feat for a regular human like him. This is a page-turning, mesmerizing series. BOX SET

Above World  by Jenn Reese
SCI-FI
Modified humans live in tech-dependent, animal-morphed groups (mer people, snake people, centaur, bird people) in different climates and the groups have mostly remained separate from each other. The main character, Aluna, a Kampii (mer), leaves her clan in order to discover why her clan is dying. In Mirage, she and her unique group of friends try to convince the Equian colonies that the evil Karl Strand is trying to take over all of Above World. Ultimately, these books pack in the action and adventure with such creative storytelling, I highly recommend them.

Jack Templar Monster Hunter: The Templar Chronicles: Book One by Jeff Guns
FANTASY
After Jack is attacked by monsters more than once, he learns he’s a Monster Hunter and fair game to be hunted. It’s not as scary as it sounds; it is more of an adventure with monsters which happens to include zombies.