A few years ago we wondered if AJ had sensory processing disorder, SPD, and if it related to her anxiety. 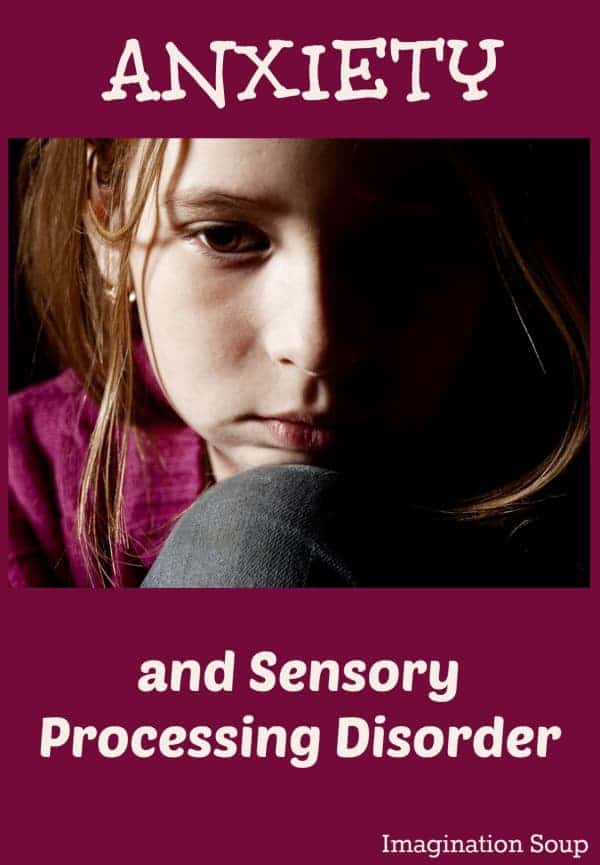 At the time, her anxiety was so overwhelming, she had trouble leaving the house. She’d curl up in the fetal position and cry. A lot. (It sucked.)

Anxiety, if you ever have experienced it, doesn’t make sense.

After a miserable mountain vacation trapped in our condo, I realized that she needed more help than I could give. Professional help.

So, we went to a therapist. Well, two cognitive therapists. (In retrospect, I would recommend finding a good art or play therapist. That’s another blog post though.)

After seven months or so of weekly therapy sessions and little improvement, the last therapist suggested we get AJ evaluated at Children’s Hospital for SPD.

Fast forward to a diagnosis — SPD with tactile over-responsiveness. In other words, her tactile sensory system was over stimulated all the time. It explained everything – like why she hated to be held as a baby, why she flinched when we hugged her, or why the lining of her socks had to be smooth and thread free. Maybe, it explained the anxiety. We would soon find out.

We started occupational therapy at Children’s. Sabrina, the wonderfully kind OT, gave us weekly homework including a brushing technique and joint compressions.

Brushing and compressions worked miracles – which is bizarre because they seemed a bit like voodoo. But the proof was the result . . . after only a few months, she was a different kid.

The biggest immediate result? The anxiety disappeared. (And with it, the curled-up in a fetal position melt-downs.)

Another reward of the therapy? Hugs and the occasional cuddle. Soon, AJ wanted me to lay down with her while she fell asleep. We had some catching up to do! I got to make up for so many years where she didn’t want to be touched.

We didn’t do the therapy forever – at home or at Children’s. For one, it was just too expensive. We stopped when we saw results after about 9 months.

Now, when we see that AJ’s over stimulated or seems “off,” we’ll start brushing again for a few days. Sometimes we give her a full-body, super tight-squeeze bear hug. It immediately calms her down. (I know, it seems weird for a touch-sensitive person but totally works!)

AJ is growing into herself every day, without the interference of her over-stimulated senses. She’s an amazing child with a lot to offer the world. If it weren’t for us discovering SPD, we wouldn’t be where we are today. 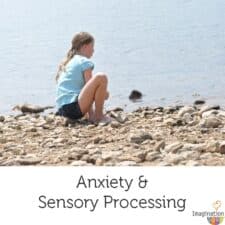 Which is why I’m telling you this. Only very recently are doctors considering SPD a legitimate diagnosis. But whether or not it’s in the DSM or people think it’s a “fad,” it’s a very real condition. And something you get help for.

Sensory Processing Disorder involves one or more of the senses and can be either over-responsive or under-responsive. The opposite of AJ is tactile under-responsive, also called a sensory seeker. These are kids who always are touching you, in your lap, petting others, hugging, seeking to be touched. I know of kids whose affected senses are hearing and vision.

I hope this helps you – or someone you know.

Do you have any questions for me? Experiences with this?

UPDATE: How Developing the Brain Helped with Sensory Processing, Anxiety & Food Pickiness For Our Kids

Sensory Processing Disorder in the Classroom