You’ll want to read these 2016 nonfiction picture book biographies, especially those of you who are teachers who can use them in the classroom. They’ll inspire and educate, illuminate and celebrate. 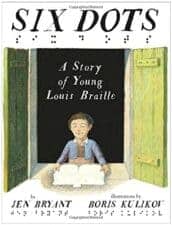 Six Dots: A Story of Young Louis Braille by Jen Bryant, illustrated by Boris Kulikov
Fascinating and important history meet gifted storytelling in this new picture book biography about Louis Braille. We follow the life of precocious, sightless Louis who desperately wants to read and write but is disappointed with his limited options. Despite being chronically ill, a child, and lots of failed attempts, Louis invents a system for the blind to read and write that is still in use today. (This book is on my BEST CHILDREN’S NONFICTION BOOKS OF 2016 list and Big List of Picture Book Biographies. ) 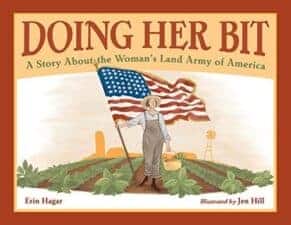 Doing Her Bit: A Story About the Women’s Land Army of America by Erin Hagar, illustrated by Jen Hill
U.S. farmers needed help when the war took working men either to war or to factories. This is a fictionalized story about that help — the Woman’s Land Army. This program trained women, farmerettes, to work on a farm. It’s a well-written, fascinating story that makes me want to know even more. 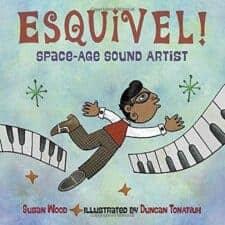 Esquivel! Space-Age Sound Artist by Susan Wood, illustrated by Duncan Tonatiuh
You may be like me and not know of Esquivel! but after looking him up, his music probably will seem familiar. This vibrantly illustrated picture book tells the story of a young Mexican boy with no formal musical training but because of his musical talents became famous for his innovative sounds. (Listen to Esquivel! on Youtube.) Added to Big List of Picture Book Biographies. 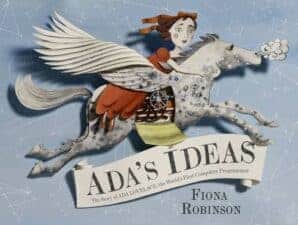 Ada’s Ideas The Story of Ada Lovelace, the World’s First Computer Programmer by Fiona Robinson
Ada lived in an era of burgeoning factories with a strict mathematician mother. As an adult, she used her brilliant mind to help her friend Charles Babbage improve his calculation machine so it would to be more like what we know today as a computer. Although it wasn’t mass produced, Ada is credited with being the first computer programmer. GORGEOUS mixed-media illustrations! You might also like: Ada Bryon Lovelace and the Thinking Machine. Added to Big List of Picture Book Biographies. 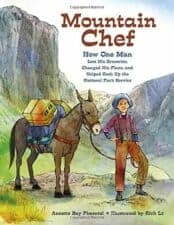 Mountain Chef: How One Man Lost His Groceries, Changed His Plans, and Helped Cook Up the National Park Service by Annette Bay Pimentel, illustrated by Rich Lo
This book shares the little known story of one man’s impact on the world. Tie Sing, a Chinese American, was a cook for campers and mapmakers. He was hired by Stephen Mather to feed a group of influencers who Mather was hoping to convince that a national park service should be made. With Sings help, the trip was a success and a year later the National Park Service was created. While the story doesn’t sound compelling, it is written and illustrated so well that it IS compelling. And inspiring. Added to Big List of Picture Book Biographies. 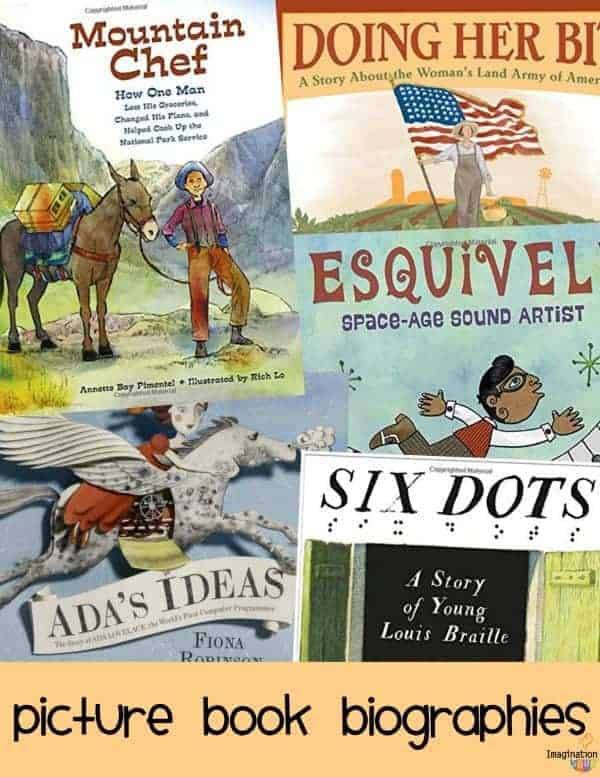