Skip to content
Share
Pin
Tweet
My 16-year-old daughter’s therapist recently had yet another come-to-Jesus talk with my husband and me. Don’t get me wrong, it was awesome. They are always awesome.
But there’s always some regret and a little shame that I feel getting told I need to make changes. Like, why didn’t I do things differently in the first place? Why aren’t I a better parent?
Which is why I’m proud of my husband and me. I feel like it takes lots of courage to listen to constructive criticism with openness and then do what she tells us without feeling like a bad parent.
Sure, I could be defensive, argumentative, and stubborn. However, I don’t pick that option. I trust the therapist. She has my daughter’s best interest at heart.
And we all need to work together on supporting my daughter. Clearly, I’m not a bad parent. I’m just doing the best I know every day. Now, I’m getting the chance to be a little better.
So what did we talk about?

My kids have been on screens way too much. And in the case of my 16-year-old (AJ), it has become an addiction.
What can I say? I know I haven’t done a great job of monitoring screen time — especially in the last year with my 13-year-old being so very sick (and me being sick). But in reality, parenting is exhausting no matter what your circumstances. It’s a hard job. For all of us. All that to say, no matter the reason, I know that I’ve been slacking off regarding screen time limits.
That’s why I wasn’t very surprised about the topic of this conversation. It was time for my husband and me to step up.
Now, I will say that the previous talk with the therapist was all about backing off — to stop nagging and trying to control the minutia of our teenager’s life. Parenting teens is different than younger children we’ve learned. (Example: she wouldn’t take showers regularly so I’d nag her about it.) Backing off was hard but we did it. Go, us! So for AJ’s therapist to tell us to take back some control in with some very strict boundaries, I knew it was a big deal.
It boiled down to this…My daughter’s teenage brain (with OCD and ADHD) is not doing well with so much screen time. At. All. And she can’t help herself. She soothes with Pinterest and Tumblr instead of dealing with feelings, or being able to fall asleep on her own. She can’t stop. That’s why we needed to set up rules so we could help her become less dependent on the dopamine that she’s getting from her devices.

But, aren’t most teens on their screens all day long? Why is this a big deal?

For my daughter’s brain, too much screen time is not helping her frontal lobe develop and it’s contributing to depression and poor sleep. Incidentally, I see a big difference in how screens affect my 13-year-old but I’m not sure if that’s because of her age or because her brain is different. Studies show that screens affect kids on the autism spectrum differently (more impactfully) which makes me wonder if certain brains just react differently. Anecdotally, it sure seems like my 16-year-old is way more susceptible to the negative affects of screen time than my 13-year-old.
Our new and improved screen time policy is this: NO SCREENS IN THE BEDROOM. 1 hour per day excluding homework and ebooks on the week days. 2 hours per day on the weekends. No devices while eating or while riding in the car. For the summer, we’re going to have bonus screen time as a reward for things like exercise, reading, volunteering, and so forth. Things we want to see…
Perhaps if  I see less addictive behavior, I might consider letting screens in the bedroom during the day. However, I know that the 1 hour would stretch to 8 if it’s not monitored. At least for now. Oh, and we bought our teenager an alarm clock for waking up and an Echo Dot so she could stream her music. I even bought a bigger charging dock for all our devices to be plugged in in the kitchen area at night.
As you may imagine, these new rules did NOT go over well.
AJ was and is still mad. I’m taking away something that has helped her self-soothe and it is really hard. The first several hours after we explained our new policy, we witnessed door slamming, foot stomping, and general rudeness. Not surprising, right?
What was surprising, was that after about three hours, she asked if we wanted to play a family game. And she hung out with her little sister. And she went outside. And she was friendly and interactive. Whoa!
The following week, I couldn’t believe the changes I noticed, either. Instead of leggings and a t-shirt, she wore makeup to school and dresses. There’s nothing wrong with leggings and a t-shirt, of course. It’s just quite interesting the timing of her becoming more invested in her appearance. Hmmm. I think it’s related, don’t you?
Not only that, she was interactive, polite, and fun to be around. Mostly.
It hasn’t been all smooth sailing. Some days she’s mad and stompy and lashes out. So it goes. Change, especially an addiction, is not easy to handle.
But I’m so glad we’re doing this right before summer vacation. AJ told me that she wants to get a job because she’ll be too bored at home with no screen time. YES! Go. Go forth into the world. Get out of your room! 🙂 To me, that is excellent news.
Something else I noticed the other day… She fell asleep on the couch. I woke her up at 9:30 to go upstairs to her bedroom. But instead of going to bed, she walked over to her phone on the charging station and started playing a game. Wait. What!? A game? Not school work. Not texting. A random game. Wow. That really told me something. The allure,  the habit…it’s still there like a siren calling her. This is going to take time.
Also, it’s very hard for her to not have her phone while eating in kitchen and riding in the car. Meaning I have to remind her or take her phone away. Which I dislike very much but it needs to be done. I’m proud of myself for following through.
When I’m tempted to slack off, I need to remember why I’m doing this. These guidelines are and will help my kids’ brains, moods, and overall long-term development. (So keep on keeping on, Melissa!)
In an article on Dana.org, Douglas Gentile shared this: “Parents are in a more powerful position than they realize. We did a study with more than 1,400 families in two states, and found that parents who set limits on the amount and content of children’s media make a significant difference in terms of kids getting more sleep, doing better in school, being more pro-social, being less aggressive, and being at lower risk for obesity. This was pretty surprising because these are very different types of variables and parents had different ways of setting those limits. Yet we still saw a strong effect,” he says. “Simply setting limits on children’s media… has this huge ripple effect across a wide range of positive health indicators, even though parents won’t be able to see the effects easily.”

What about you? Where are you at with screen time? 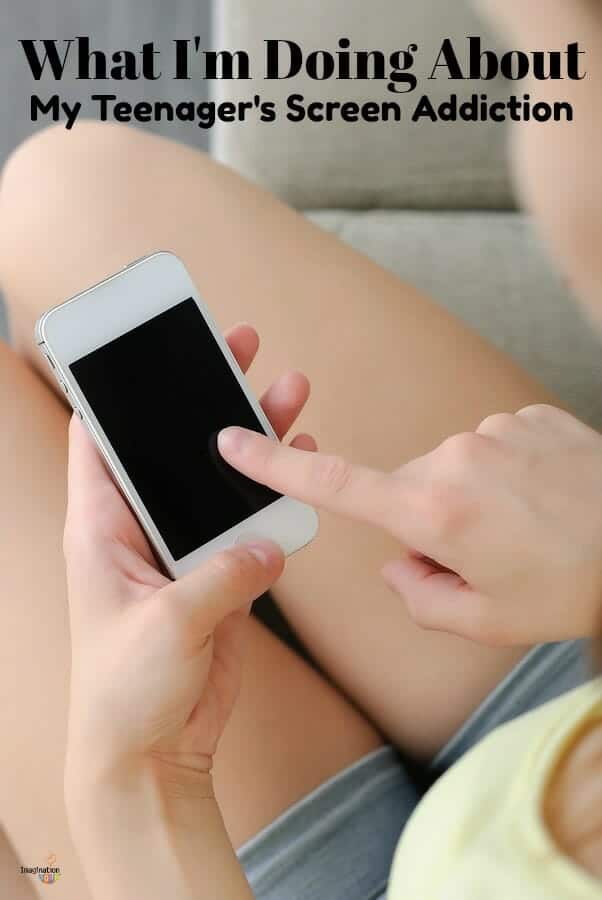