I’m excited to share these 7 titles with you — for your kids, students, and you. Ghost Boys and Captain Superlative both are incredibly thought-provoking. Bob, The Endling, and The Lost Books are well-written, can’t-put-em-down fantasy stories. Hardscrabble is a fascinating historical slice-of-life look at life in sod houses around the turn of the century. I think you may just find your next book to read on this list!
Summer Reading Lists for Kids (Grades 1 – High School)
Free Summer Reading Programs for 2018
Download a Super Fun Summer Reading Printable Packet!

7 New Middle Grade Books You Should Know About 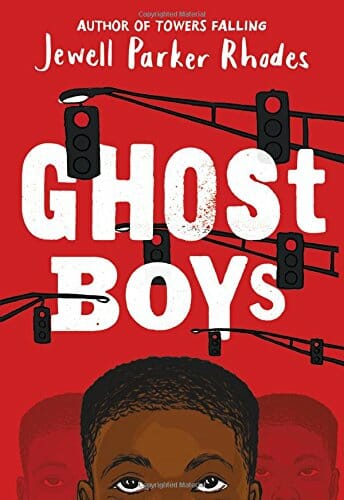 Ghost Boys by Jewell Parker Rhodes (ages 9 – 12)
Okay, wow! This book is brilliantly written for so many reasons. One, because it addresses the very real issue of police violence against black children but it does not vilify or stereotype. The author shows us the complexity of issues and the humanity of a police officer from the perspective of his daughter. After Jerome is shot by her father, he becomes a ghost. Sarah is the only one who can see and talk to him. Except for the other ghost boys who he’ll find out were also killed in racially motivated violence. It’s a well-written, fast-paced read but one that is going to stay with you as you ponder the important topics it addresses. “Bear witness. My tale is told. Wake. Only the living can make the world better. Live and make it better. Don’t let me (Or anyone else) Tell this tale again.” I think this book should be used in the classroom or for book clubs — it’s something that begs discussion. 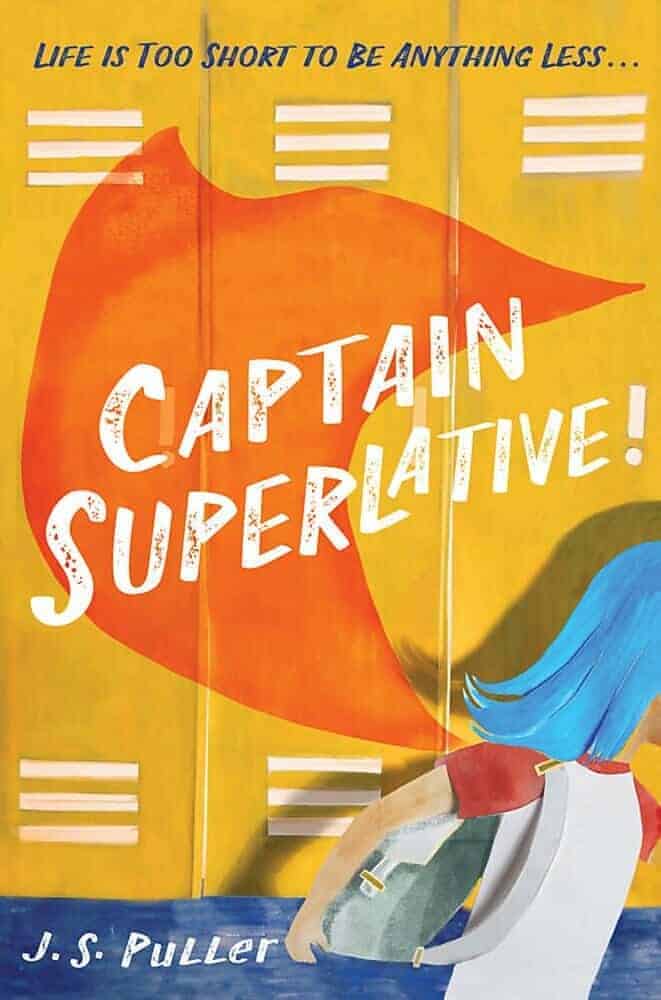 Captain Superlative by J. S. Puller (ages 10 – 14)
The foreshadowing that Captain Superlative kept me reading with such curiosity because I couldn’t imagine what happened to her nor a superhero character in a realistic book. And, wow. I’m so glad I read this powerful book! Both my daughter and I fell in love with this story. Captain Superlative has a thoughtful plot with captivating characters. The big lesson our main character, Janey, learns is to not stand by when injustice happens. She learns this from a girl dressed in a swimsuit, wig, mask, and high tops who arrives at her middle school and changes everything — Captain Superlative. Read this with a book club or with your child — there’s so much to talk about! Added to Summer Reading for 7th Graders 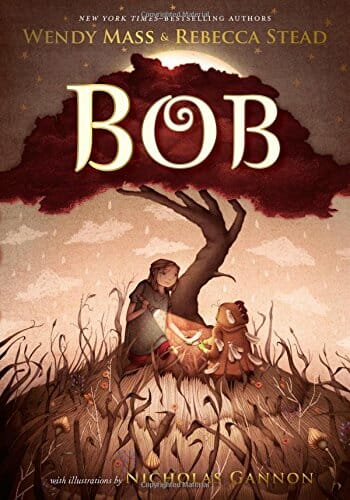 Bob by Wendy Mass and Rebecca Stead (ages 8 – 12)
In the sweetest story of friendship, 10-year-old Livy meets Bob, a green zombie-looking monster wearing a chicken costume living in the closet at her grandma’s house. He’s been waiting for her to return for the last 5 years. Only Livy can’t remember him at all. Even when she leaves the house for an errand, she forgets. But, she’s determined to help Bob find his way back home. Wherever that may be. I love this story!! This would be a great family read-aloud choice! Added to Summer Reading for 4th Grade 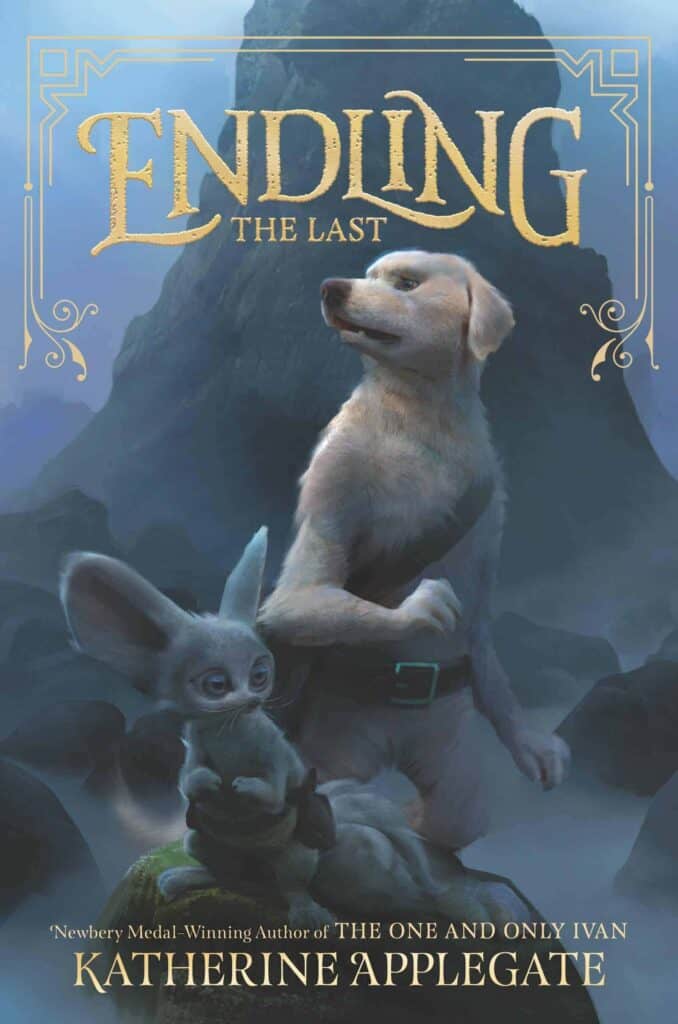 The Endling: The Last by Katherine Applegate (ages 8 – 12)
Katherine Applegate creates a brilliant fantasy world in this first book of a new series. I could not put it down! The conquering human ruler, Murdano, hunts and kills all the large, dog-like Dairne. All except Byx. In hopes to find a safe place and maybe the Dairne’s mythical homeland, Byx sets off on what becomes a dangerous, exciting adventure filled with new friends like Tobble who is a wobbyk, poachers, Murdano’s soldiers, magic, and betrayal. I love this world and can’t wait to read the next book. Added to: Summer Reading for 5th Grade 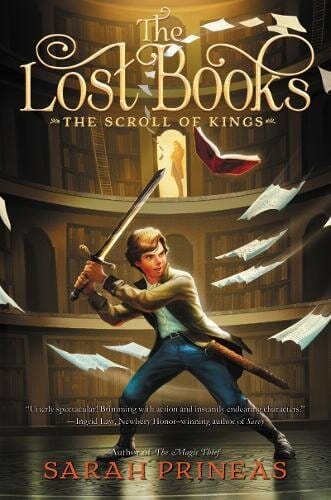 The Lost Books: The Scroll of Kings by Sarah Prineas (ages 8 – 12)
I couldn’t put this book down! It’s an imaginative story about a boy who knows he’s meant to be a librarian and a girl queen who is growing into her position. Alex pretends he’s the royal librarian for the queen, quickly discovering that some books are attacking and even killing. He urgently tries to discover what the trained librarians already know –like how to command the Pages and the magic– and how to stop the dangerous, ancient magic that seems intent on killing the queen. 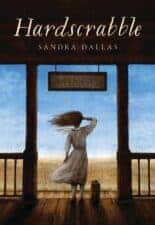 Hardscrabble by Sandra Dallas (ages 8 – 12)
It’s 1910. 12-year old Belle, her mom, and her six siblings join their father in Mingo, Colorado where he’s has started a homestead. It’s not what they expected– they live in a soddie, a dirt house, and the farm isn’t producing enough to afford much food, a well, or even a wooden floor. Despite the difficult times homesteading and two untimely deaths, theirs is a family filled with love and optimism and their neighbors are supportive and kind. The author gives readers a vivid picture of the homesteading life on the plains of Colorado in a heart-warming, hopeful story of family. Added to: Best Historical Fiction Chapter Books About Westward Expansion 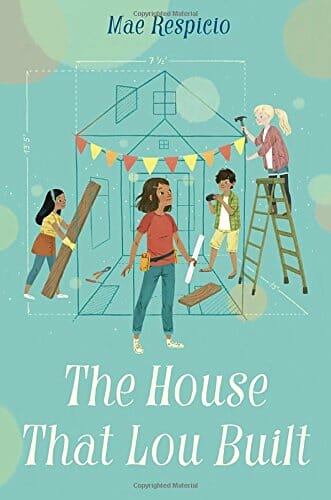 The House that Lou Built by Mae Respicio (ages 8 – 12)
Lou and her mother live in San Francisco with her grandmother. Lou’s worried when her mother says that they need to move somewhere more affordable so Lou makes it her mission to build a tiny house on the land her architect father left her, hopefully before they are forced to sell it. Readers will enjoy the close-knit Filipino family’s lives as well as Lou’s determination.