Since teachers, librarians, and parents are always looking for new, excellent books for your growing readers, here’s what’s new in October and November 2022! 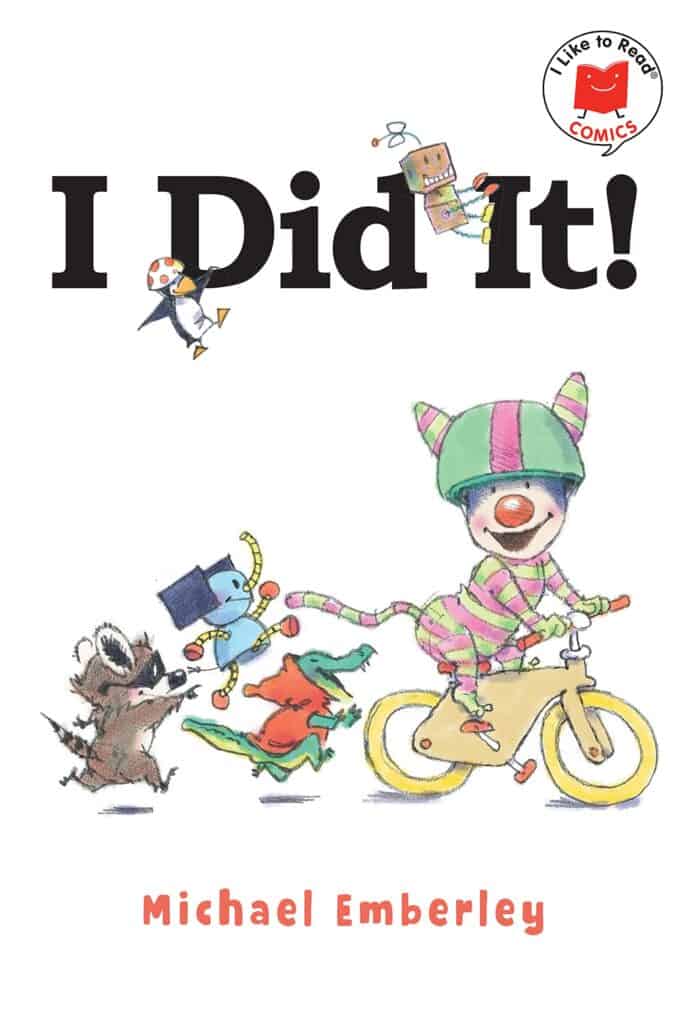 I Did It! by Michael Emberley
A cute little creature feels so frustrated about learning to ride a bike and says, “I can’t do it” until– “I can do it… I am doing it… I did it!” 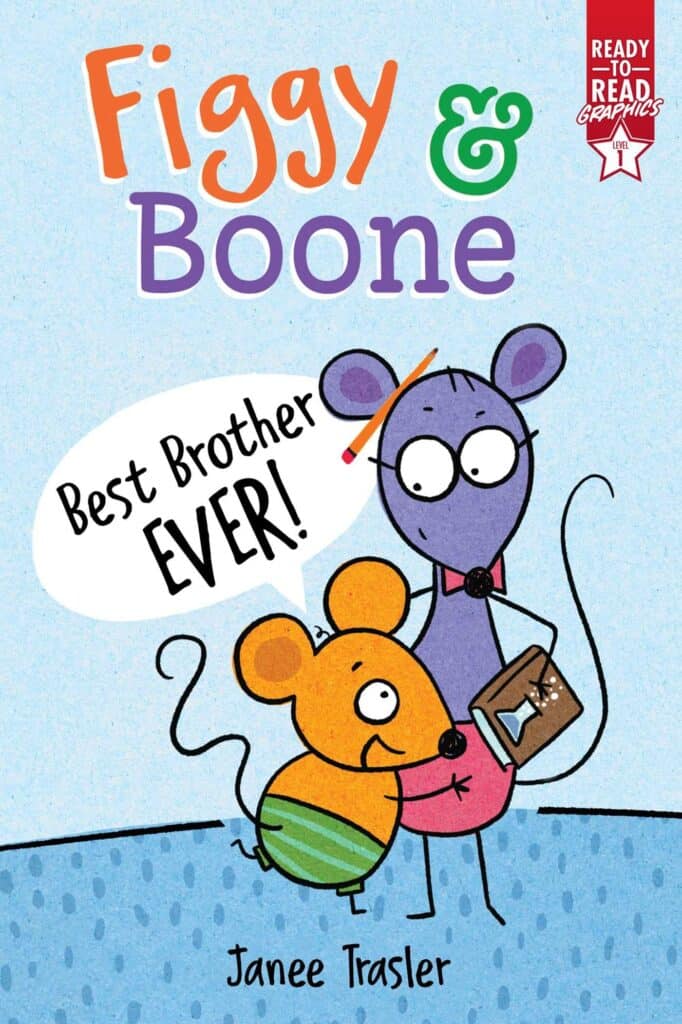 Figgy and Boone: Best Brother Ever by Janee Trasler
If you like funny stories, you’ll love this darling story of a mouse named Figgy who believes he has the best brother ever– a rat named Boone, who knows that rats and mice are not related. But Figgy keeps looking — he finds a hamster, a stink bug, and a kitty. But they’re not his brother. When the mommy cat comes for her kitten and captures Figgy, Boone realizes they are brothers after all. 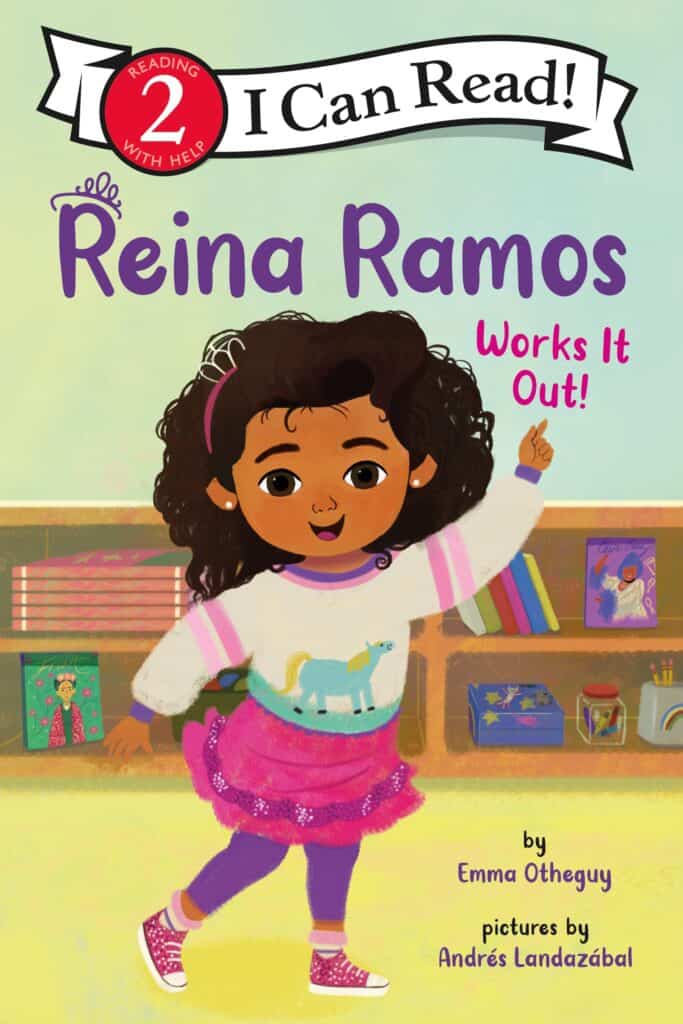 Reina Ramos Works it Out by Emma Otheguy, illustrated by Andres Landazabal
Reina can’t wait to be Frida Kahlo for her school’s wax museum, but her friend Nora picks Frida first. Reina feels upset but works things out with Nora and chooses to be Celia Cruz instead. Readers will love this story of kindness with Latinx heroes. 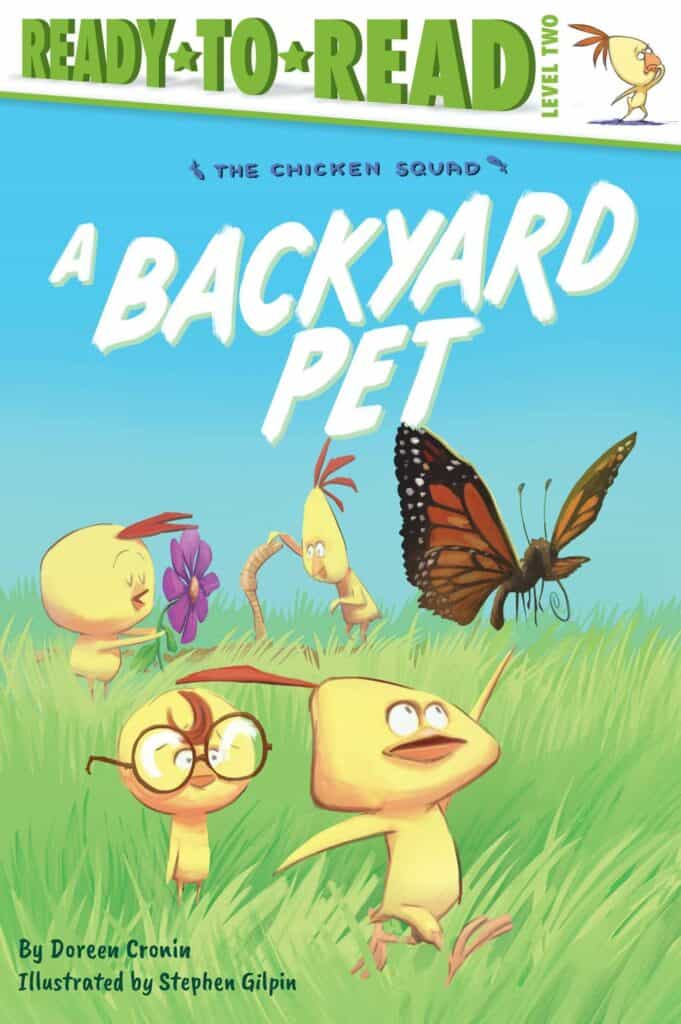 A Backyard Pet by Doreen Cronin, illustrated by Stephen Gilpin
Sugar wants to play with her siblings, but each sibling is busy playing with their pets. Poppy’s playing with her pet flowers. Dirt is playing with worms. And Sweetie is playing with a butterfly. Sweetie lies down on the ground and looks up at the clouds…her own special pets. 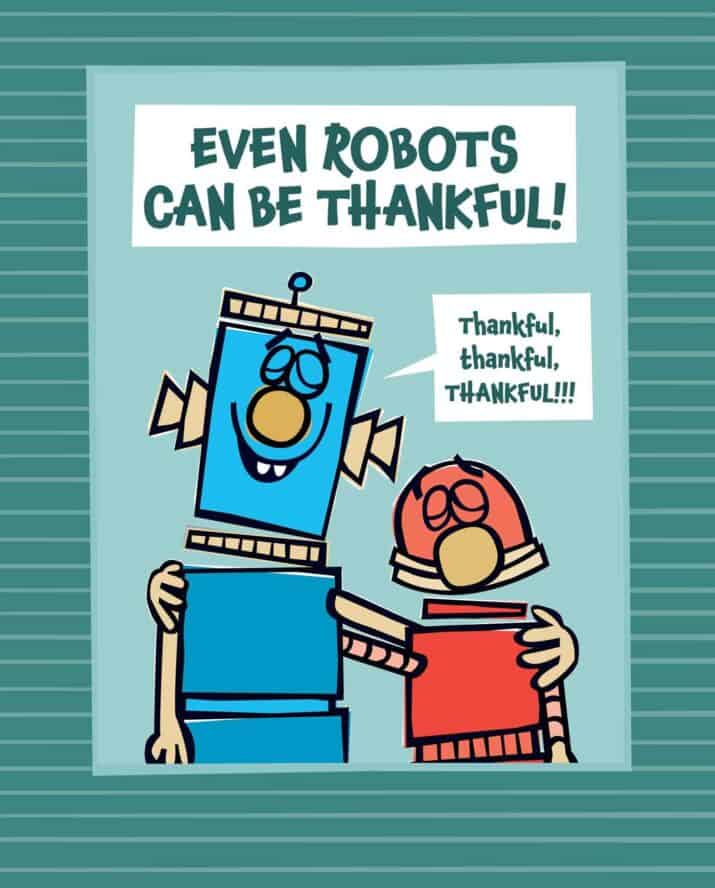 Even Robots Can Be Thankful! by Jan Thomas
Comic-book format, you will love the lovable stories of Blue Robot and Red Robot who, like people, have big feelings like fear of robot-eating monsters and love for bolts. Together they spend time at home talking, sorting bolts, and planning for a trip–among other activities. 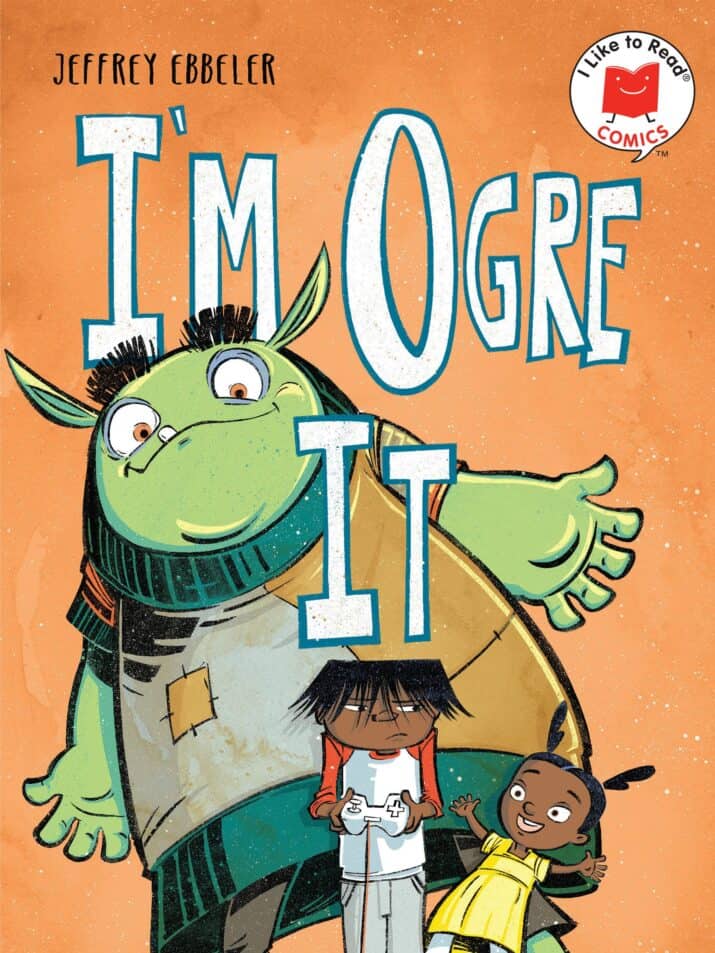 I’m Ogre It by Jeffrey Ebbeler
When a family of ogres moves next door, the sister meets him and his family, but her brother is too consumed by his video game to notice that Sister and Tim the Ogre move all of his stuff out of his room. When he finally goes to investigate, he plays a real imaginative play Tipping Tower with Tim and Sister. 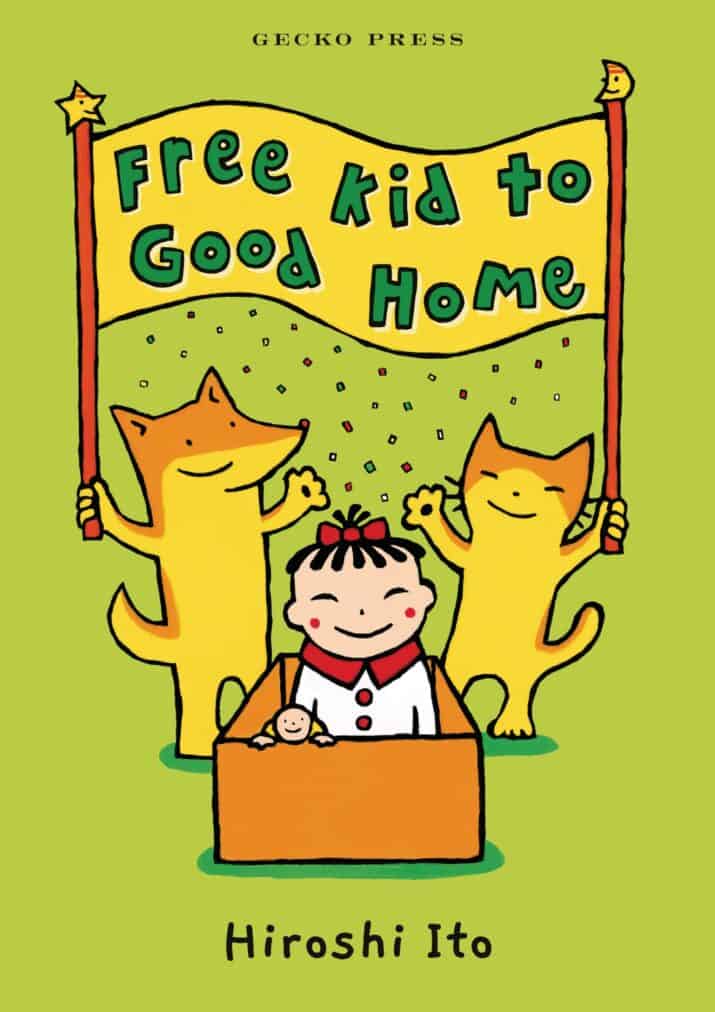 Free Kid to a Good Home by Hiroshi Ito
When the girl’s brother arrived, she thinks he looks like a potato. And, she doesn’t like that her mom only pays attention to the potato. So the girl decides to run away. She writes FREE KID on a box and sits in a box. While she waits, she meets a dog, cat, and turtle who join her and are all adopted. But no one takes her. Until her family comes and asks if she’d like to go home with them. Adorable with lots of emotions, this is a popular and beloved book from Japan, finally translated into English. 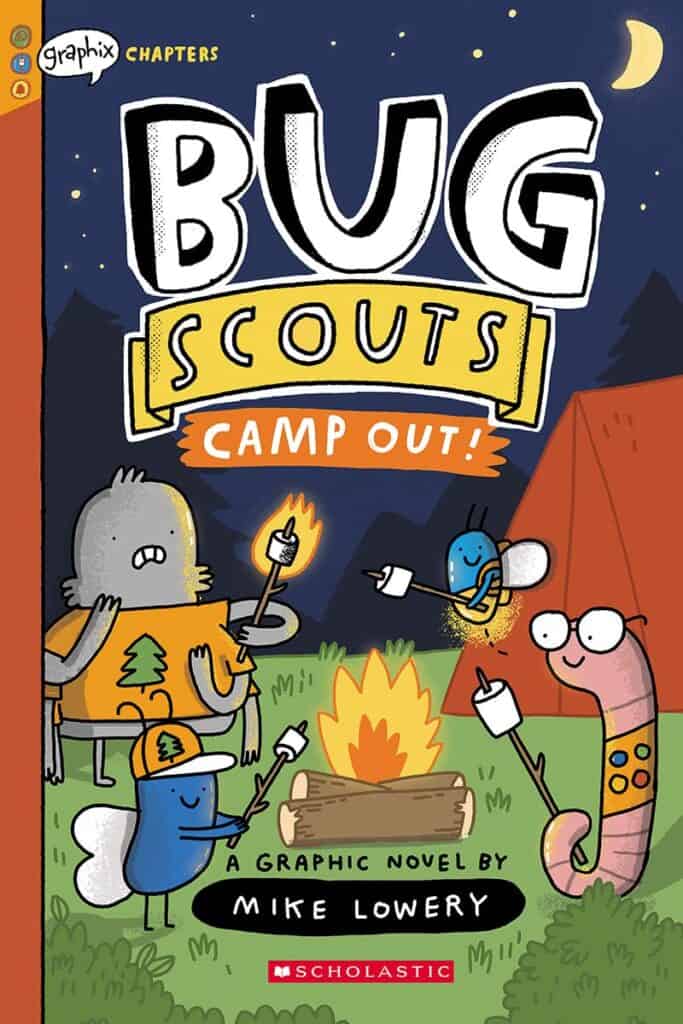 Bug Scouts Camp Out by Mike Lowery
The Bug Scouts are excited to spend the night camping in a tent. First, they spray bug spray and set up the tent. Later, at the campfire, they sing songs and tell stories but, they get scared of the monster noises. Now, what will they do? Filled with hilarious dialogue and bugs who problem-solve like the scouts they are, this is a delightful graphic novel story. 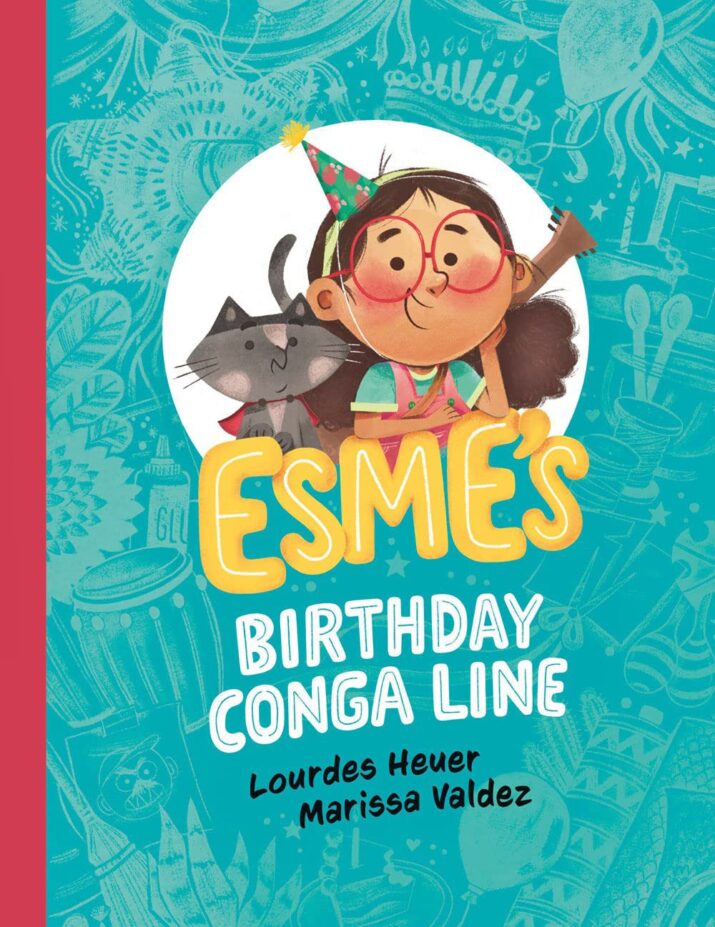 Esme’s Birthday Conga Line by Lourdes Heyer, illustrated by Marissa Valdez
Esme lives with her grandparents, but since they didn’t plan a birthday party for her, she decides to plan one for herself. Her plan includes and involves her neighbors like the Gracia girls who help her make the piñatas and Lupe who bakes the cake under Esme’s watchful eye and Mr. Leon who plays a solo on Esme’s new guitar. Enthusiastic Esme with her can-do attitude is sure to be a favorite with readers! 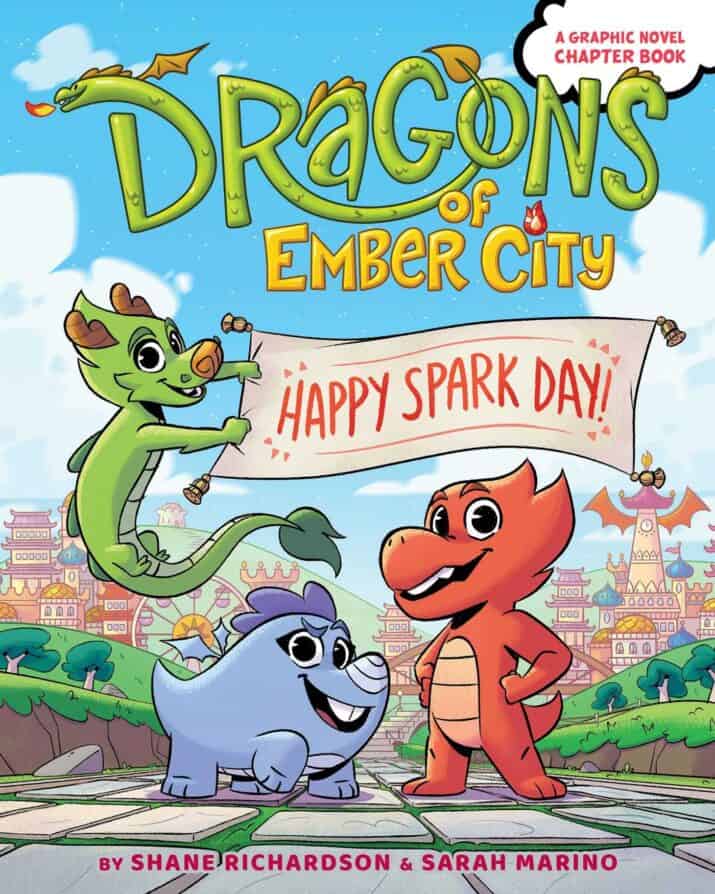 Dragons of Ember City: Happy Spark Day by Shane Richardson and Sarah Marino
This is a sweet story of dragon friends with appealing, full-color illustrations that pop off the page! Three young dragon friends feel excited to get their magical spark at Spark Day. Afterward, there’s a big celebration, but two of the dragons get carried away with their fun and break the special disco ball. Three of them work together to fix it using all their Sparks, and their mayor predicts they’ll do great things with their magical powers. 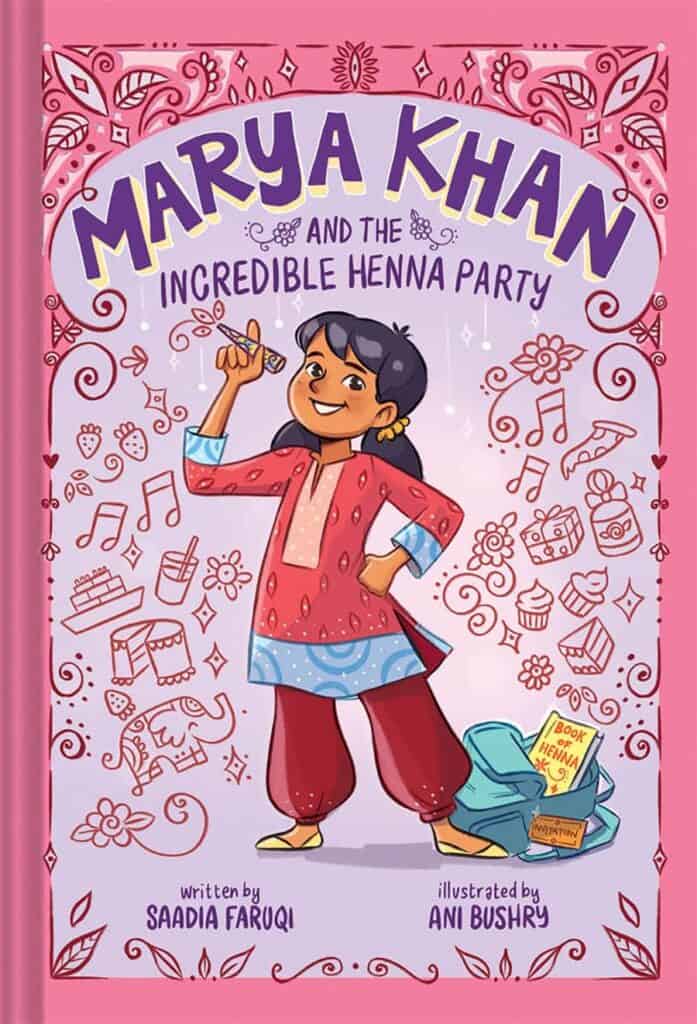 Marya Khan and the Incredible Henna Party by Saadia Faruqi, illustrated by Ani Bushry
Marya feels jealous of her neighbor’s big, fancy birthdays, so she lies to her friends and says she’ll be throwing a big party even though her parents are against it. She tries to be helpful and good, but that doesn’t always work out. Will she get her big party and will she learn a few things about herself and others in the process? 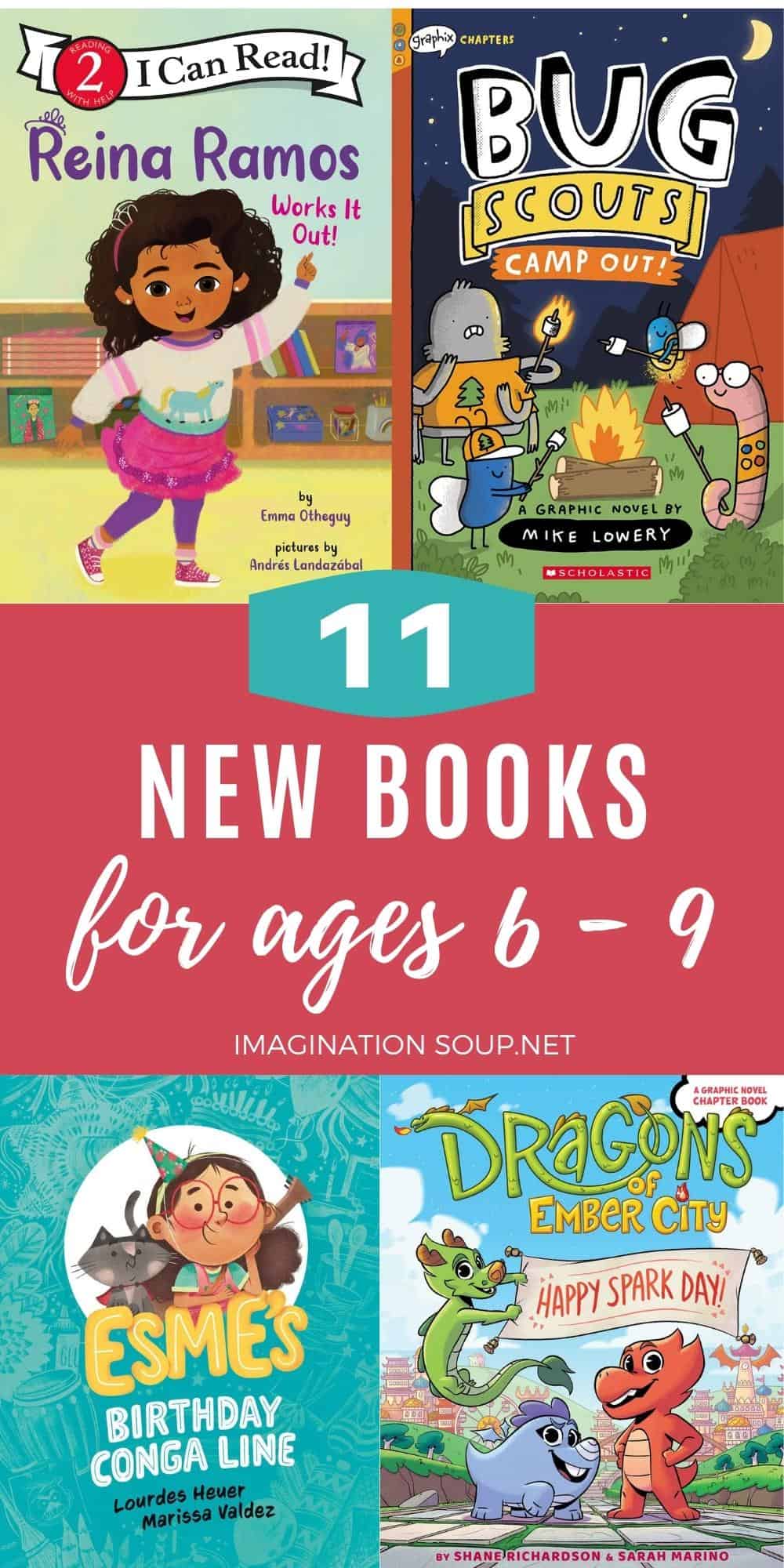 Kindergarten Books for Ages 5 and 6 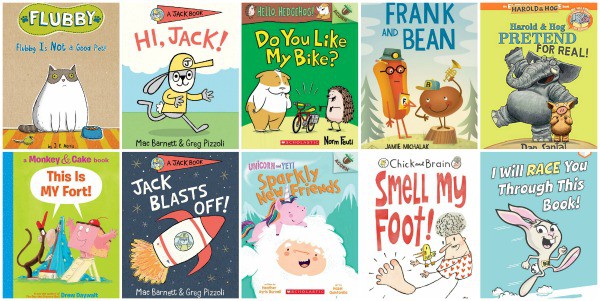 Download a Reading Bingo Game for Your Kids and Students