Waiting for Superman Starts the Conversation

Waiting for Superman, the new movie from Davis Guggenheim who directed An Inconvenient Truth, affected me as both a mom and an educator. I loved it.

Parents seem to be with me. Educators, not so much.

First, I’ll tell you my perspective on the movie and then, I’ll address the critics. Later, I’ll give you more of a personal history so you can see why I believe what I believe.

Waiting for Superman uses the metaphor that Superman needs to save education, a metaphor which educator and founder of the Harlem Success School, Geoffrey Canada, shares from his childhood. While I’m convinced education must be improved and disagree with the image of a solo hero, I see how it loosely applies to the helplessness many parents feel when thinking about education, in particular, the options of families who live near poor performing schools. 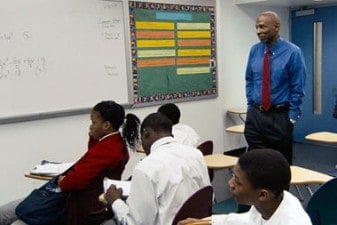 This is where the critics say the movie should define what makes a good teacher which doesn’t happen. I wonder these critics were expecting a mini-series on PBS? I seriously doubt that the film could adequately address the basics of what makes a good teacher in two hours. Plus, it seems unnecessary in a movie intended to raise awareness, to do this. (*I am happy to share the ABUNDANCE of research on what makes a good teacher in another post for anyone who cares.) Here are some startling observations from the movie: a bad teacher covers 50% of the required curriculum while a good teacher covers 150%. And, a study from Stanford says that the difference between a good and a bad teacher is one year of learning – your child will lose a year of learning with a bad teacher! (I actually know this from my own daughter’s first grade year where she went from above grade level to below grade level, lost the belief in herself, and was so stressed and unhappy, she got sick on a regular basis.)

So, to get around the bad teacher situation, some parents are turning to charter schools—which don’t always educate students successfully (1 in 5 says the movie), don’t have many slots, but, more importantly, don’t have the strict rules regarding hiring and firing teachers to which traditional schools must adhere. 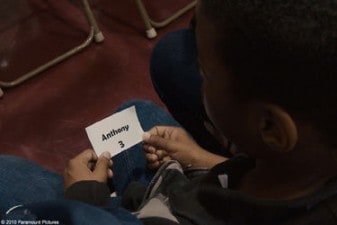 I think the movie is trying to raise the question of how to get a staff of good teachers.

And that leads us to the unions. I quit the teachers union in Denver Public Schools but joined the union in Douglas County Public Schools so I have experience with teachers unions.  The movie suggests, and I agree, that the big teachers’ unions – the NEA and the AFT, are not helping students get good quality teachers – that in fact, the unions are so scared of anyone losing their job, they make it impossible to remove the poor teachers that no parent would ever want teaching a child.  The movie talks about the “Dance of the Lemons”, a dance where principals partner with their lemon teacher and then, trade partners with another principal, hoping their new partner, the new lemon teacher, will not be as bad as the old.

For example, my own daughter’s first grade teacher did not get asked back because she was one of the most terrible teachers I have ever seen; one that didn’t seem to like kids. Did her teaching career end? No, quite the opposite!  She got a job at another “nice” school and was soon promoted to the district literacy trainer.  Talk about a dance and an absolute travesty. 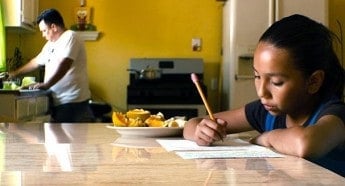 Basically, the teachers’ unions don’t want anyone to lose their job because of a poor administrator with a grudge. (See this link from The New Yorker about teachers in New York City and the Rubber Room.) I’ve worked for such administrators and agree it’s no fun . No, their evaluations aren’t fair and can be biased.  But, let’s get real, people.  That’s life. That happens in every industry in every profession (that isn’t controlled by the unions) – it’s not fair but it happens.I’ve had it happen to me. More than once. (Yes, that was me getting in trouble for having snack time at the wrong time. Don’t tell me there aren’t biased administrators, I know from experience.) The unions are so worried about this happening, they’ve made impossible for any teacher, including the crappy ones, to lose their jobs. You know because you’ve had them when you were in school — the ones who are show movies every day or like my daughter’s first grade teacher, surf the internet all day long.

I was horrified with this comparison in the movie: 1 in 57 doctors lose their license but only 1 in 2500 teachers get fired. I think this speaks for itself, don’t you? There are really that many excellent teachers who teach that well? There are many, many wonderful teachers who are devoted to their craft and to their students – to whom we are all indebted.  I’m doubtful there are 2499/2500 though.

I also think Michelle Rhee, the former DC Chancellor of schools, said it best – “The injustice is that we’re turning a blind eye to what is happening in the schools everyday in the name of harmony among adults.” Is this about kids, or is it about teachers scared of getting fired? Rhee proposed to the union that she would double teachers’ salaries if they would get rid of tenure. Sadly, the union wouldn’t even allow a vote on her proposal. I agree with Rhee when she said, “It’s all about the adults.”

Waiting for Superman mentions a few other issues facing schools like tracking, the practice which categorizes a child by their so-called intelligence or performance track and assigns high school classes accordingly. I’m not sure I agree with the movie’s assumption that this is all bad — honestly, I will need to research this more.

The movie discusses issues while following the stories of students who weren’t lucky enough to be living in a neighborhood with a good quality school.  All the parents wanted a better education for their kids; they all try to win a spot for their children in a charter school. The dramatic moment showing the lotteries with only one of the five children getting a slot made my stomach hurt. I could hear crying and sniffling in the theater’s darkness around me as the devastated parents and kids learned their school situation would not improve. 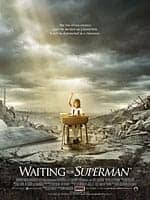 I was crying, too. As a mom, I can relate to wanting the best education for my child.  In kindergarten, when my neighborhood school didn’t offer half day and my daughter wasn’t ready for full day, I visited and observed in seven schools to find the best for her. When the school I choose went through four principals in 15 months, I decided to start looking around again. What Colorado does well is give parents school choice – for public schools, not just charter. It’s a great way to find a the best situation for your child(ren).

As a teacher, who has worked both in the inner city, a rural school, and the suburbs, I cringed when students were assigned to teachers who didn’t teach well – who weren’t good for kids. As a literacy trainer for P.E.B.C., attempting to help teachers gain knowledge in which to better their craft, I saw firsthand that some teachers simply don’t care and never will. (Rural Blandings, Utah comes to mind. Their teachers who were under federal order to change their discriminatory practices against the American Indians. One teacher blithely told me that the Ute tribe was “savage”. I doubt she will ever teach her students with fair or even best practices. Don’t you?)

No question, there are problems with education – this movie simply raises a few of the them. To the critics who say it doesn’t do enough, I suggest that they  make their own PBS mini-series or get realistic about the intention of Waiting for Superman and what a two hour movie can accomplish.