Guest post by Lisa Railsback, author of Noonie’s Masterpiece and Betti on a Highwire.

Unfortunately, I’m not much of an artsy-craftsy-painter of a person, as is my character, Noonie Norton. Noonie is a true artist; she’s all about the art.

As for me? I love characters. I’ve always loved characters.  As a kid, I could spend hours by myself, acting out what Barbie and Ken were doing on a certain day (maybe going to the beach?), what Raggedy Ann was fighting about with Andy (maybe because Andy had a new friend named Hubert?).  When asked to make puppets in class, some kids would laboriously create paper mache puppets with yarn hair, colorful faces, interesting pokey ears, ornate mustaches, and lips with arches and curves.  I was the kid who was perfectly happy with an old sock or a paper bag puppet. My hand, with a couple of dot eyes, was just fine.

I didn’t have much patience for arts and crafts. Art projects didn’t keep my attention because I wanted immediate results.  I still wonder about this today because, oddly, I can spend focused days and years writing characters, creating their voices, and working out all sorts of complicated scenarios.

I love puppets, because once a puppet is in a kid’s hand, there is a character. Then, perhaps another character. And what naturally evolves with two characters is: dialogue, a setting, a story, probably some conflict, and perhaps some sort of resolution when the puppets need a nap. An entire world comes alive!

Puppets, to me, are a fabulous introduction into the world of playwriting or creative writing. 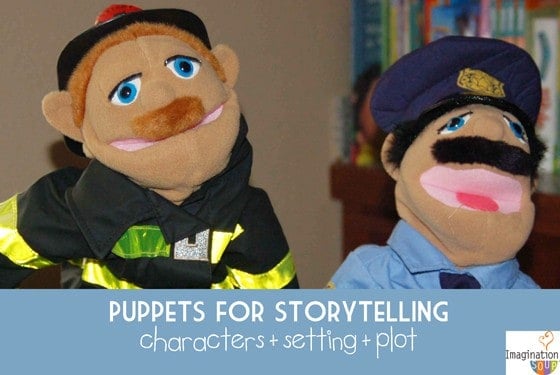 First there are some important questions to ask your child and her puppet:

What is your puppet’s name? (I’ll call mine Ginny Lou).

How old is Ginny Lou?

What exactly is she? (A girl? A bunny? A vampire? A robot from the land of Zor?)

What does Ginny Lou like to do in her free time?

Who does Ginny Lou hang out with? Who does she like to talk to?

This is where a second character is created!

At this point you don’t need to ask the questions. Your puppets can speak for themselves, thank you.  This is very important dialogue.

A puppet’s voice will say a lot about his or her character: screechy, gruff, pleasant, old person, toddler, alien, animal with a bark-bark or gobble-gobble.

Through your puppets initial dialogue, you will probably find out a lot about Ginny Lou and Henry.  What is their relationship (friend, parent, sibling, pet)?

This part can be very fun because you may actually want to literally change your setting. Take a walk together , take your puppets on the bus.  To a park? A coffee shop? A zoo? A forest? The swimming pool?

People may think you’re strange—speaking through your puppets—but people think most writers and playwrights are strange. Ignore them.

Or you can simply make a date with your puppets and imagine all sorts of settings in your backyard.

Through Ginny Lou and Henry’s dialogue, you’ll find out if there are chairs in their setting. Perhaps a swing set?  A station wagon, a blackboard, backpacks on the floor, a whole crowd of swimmers in bathing caps?

A setting can describe all sorts of things about Ginny Lou and Henry, and what mischief might ensue…

The plot, of course, can go in a hundred different directions. This is the bologna in your sandwich; the depth of your puppet world; the story. Your plot will involve action. And drama. And feelings. And conflicts.  And adventure.

I’ll leave this to you, the puppeteers. You will discover what happens to Ginny Lou and Henry.

Unlike a play or a novel, you don’t need to be concerned about a beginning, a middle, and an end. Perhaps Ginny Lou and Henry will keep evolving, as in a sequel or a whole series. Perhaps there will be new settings, and new adventures, and new conflicts, and many, many resolutions. Epic in length and substance.

Or…Ginny Lou and Henry may be sent to the laundry basket, or to the recycling bin. This is what happens when a novel is put down, or when a play’s final curtain falls.

This is when new characters take over the stage or the page. 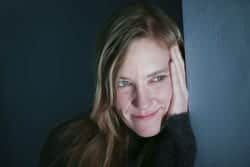 And this is why I love puppets.

Bio: Lisa Railsback is a playwright and a middle fiction writer of Noonie’s Masterpiece and Betti on a Highwire.  Read a review of her books on Bookmarkable.

Melissa’s Note: This is great, Lisa, thank you. Sometimes I need a little help with the puppets more than my kids so this will help me by considering storytelling elements of characters, setting and plot. (Not, . . .  how much longer do I have to play puppets!?) 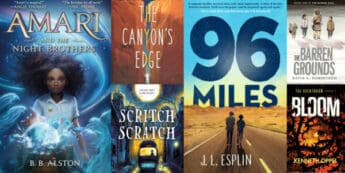