Of all the Osmo Gaming System game apps, we loved Words best of all. (Go figure. I’m a writer, what can I say.)

Osmo sees something physically on your table and instantaneously recognizes it on the screen. Choose from four apps about math, words, drawing, and invention.

It’s amazingly innovative and like that it provides the interactive experience parents want with technology. 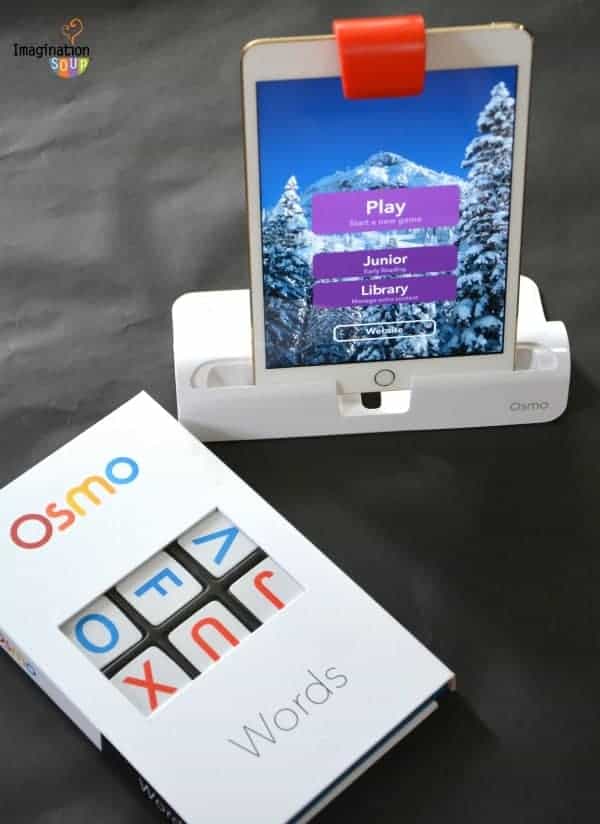 The Osmo Gaming System for iPad includes a base and reflector for set up, and the Tangram and Words physical pieces. It’s $79.99 on Amazon. Expensive, I know! 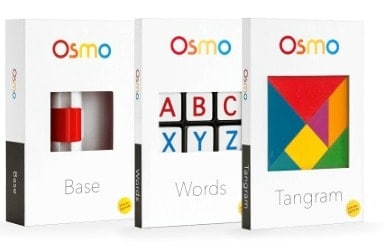 Words is similar to hangman. The object is to guess which letters spell out the hidden word. 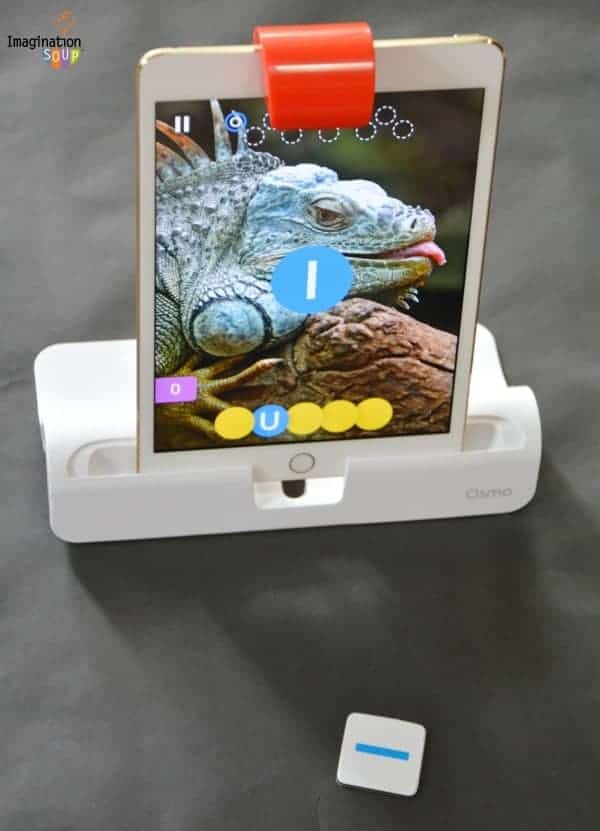 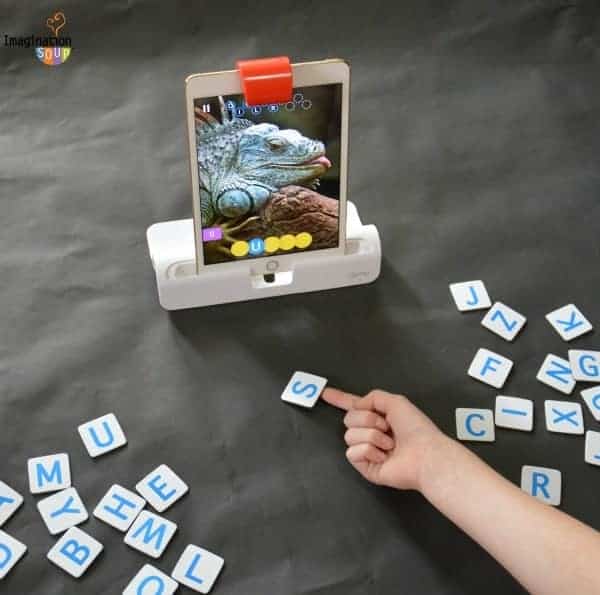 You only get so many guesses though and the picture in the background is a clue. (Although sometimes it’s a tricky clue depending on the level you set.) When you guess correctly, you’re awarded points which go toward your total on the left side of the screen. (In the screen below, the total is zero.) 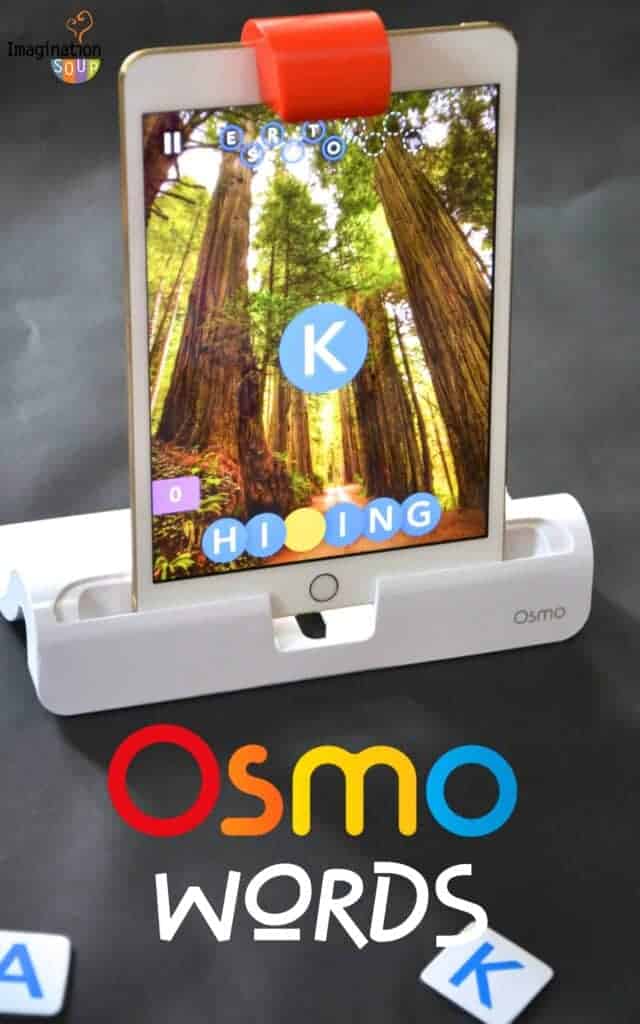 You can set and change the level of difficulty at any time. 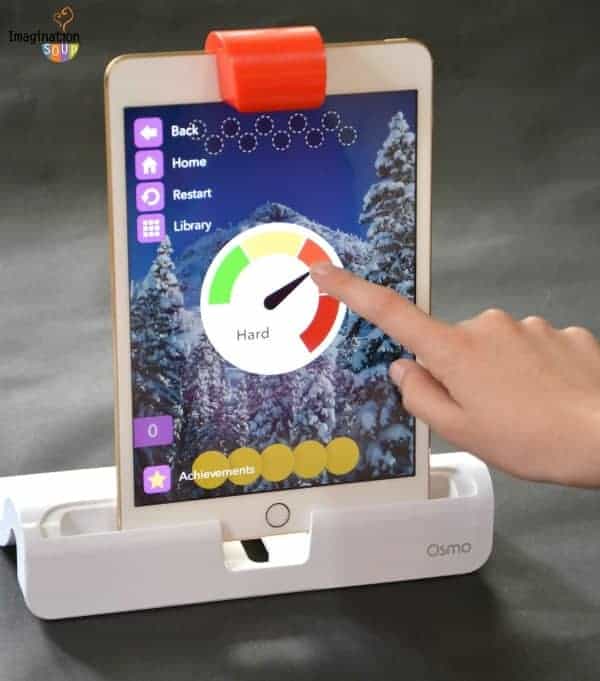 We really loved that you can play alone or play with someone else. This is a fun parent-kid activity or sibling-sibling game!

My daughters didn’t love the other apps as much as Words but I think it may be that those apps are meant for a bit younger demographic. Tangrams aren’t as appealing at 10 and 13 as they might be to someone younger.

And, did you know that Osmo won a spot on the Time Magazine 25 best inventions of 2014?

We received a complimentary Osmo gaming system to review but this is entirely my own opinion and not affected by that. Disclosure policy here. 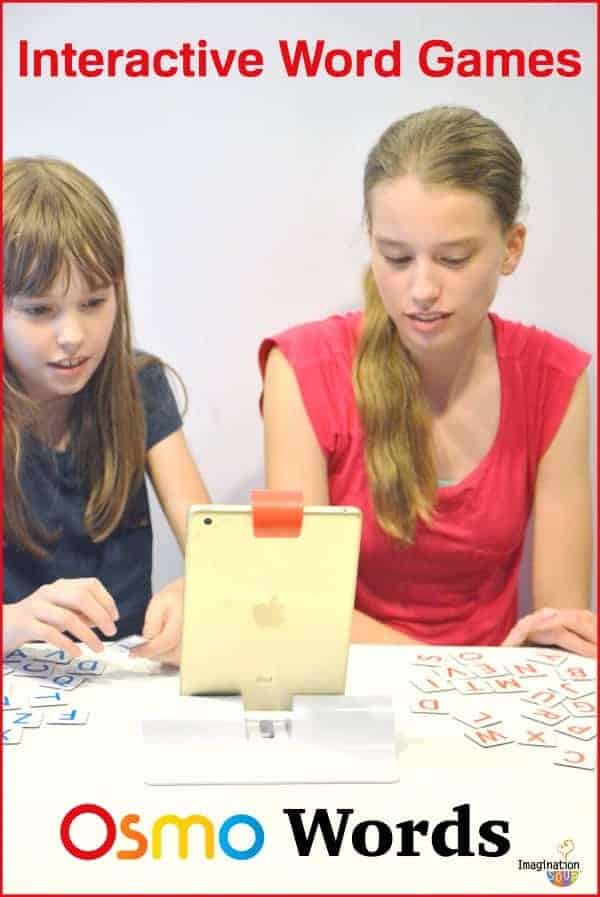 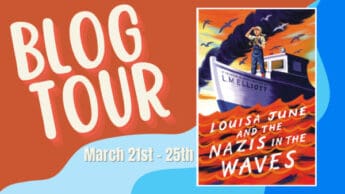 Words Over Easy Game for Families