Do your children know that some animal species are extinct? And that more are in danger of extinction?

The U.S.’s Endangered Species Act (ESA) is meant to protect endangered species and their habitats. It is, unfortunately, dependent on money and legislation so there is no guarantee that these species can be protected, nationally or internationally.

Endangered species live in continents worldwide, not just the U.S. In fact, the lists are different of which species are critically endangered depending on the list — U.S. or world.

The goal for animal conservationists is to save wildlife and plants from going extinct. Because once a species dies, it impacts the ecosystem and there are no do-overs — you can’t get a species back, no matter what the sci-fi movies say.

To find out what’s endangered in your backyard in the U.S., search for endangered species by state or U.S. territory here: https://www.fws.gov/endangered/.

Also, you will find that many animal species are vulnerable, meaning that their numbers are alarmingly low and could move to the endangered list if our protections aren’t put into place. This includes the giant panda, polar bear, hippopotamus, and jaguar.

Introduce children to words like extinction and endangered using books like these. Educate kids so they can become passionate advocates of wildlife and learn how to help.

Some of the books on this list about endangered species and vulnerable species are fictional. The reason I include them is I think it helps children get to know the different kinds of animals. 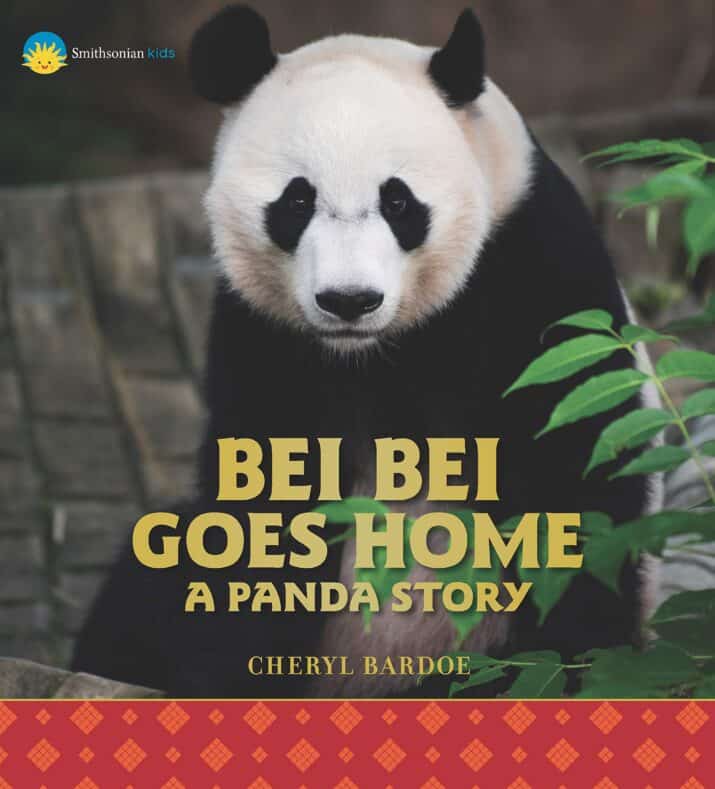 Bei Bei Goes Home A Panda Story by Cheryl Bardoe
This is an excellent book for children to learn about pandas, starting with the birth of baby Bei Bei and following her as she grows up. Full-color photographs, sequential writing, factual information, and more — this will make a great addition to school libraries. 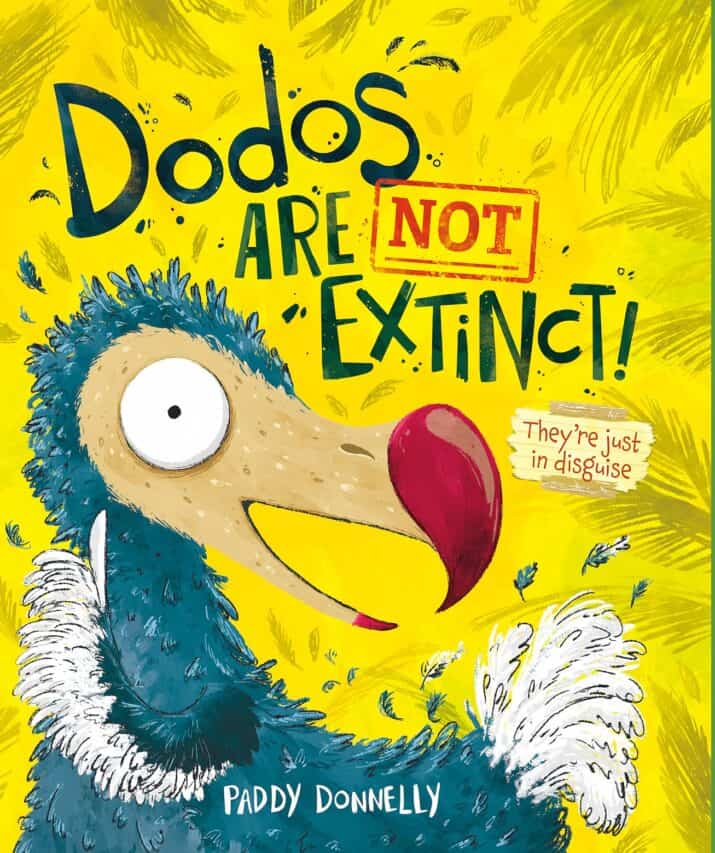 Dodos Are Not Extinct! They’re Just in Disguise by Paddy Donnelly
A playful introduction to extinct animals! Learn all about the dodo and other so-called extinct animals who are simply in disguise. Why are they in disguise? Because they’re so popular, of course! That means that the quagga wears striped pants or a brown sweater to blend in, the Smilodon grows a mustache to hide his tusks, and dinosaurs are everywhere. 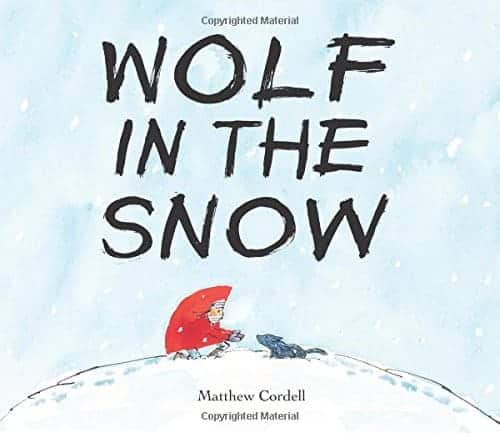 Wolf in the Snow by Matthew Cordell
A girl in a bright red coat leaves school in a terrible snowstorm. The girl gets lost and so does a little wolf cub. She finds the wolf and carries him, trudging towards the sounds of his pack’s howling. After she collapses, freezing and lost, the wolves gather around her, howling for her people who are looking for her. She’s found and returned home to snuggle by the fire with her parents and dog. A stunning, mostly wordless story about kindness. 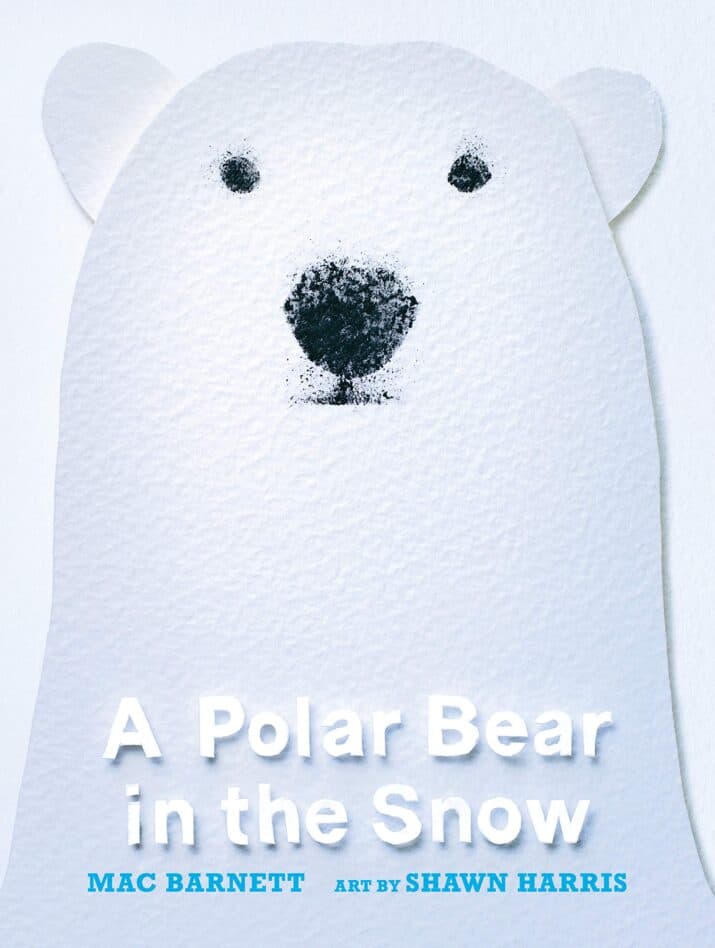 The Polar Bear in the Snow by Mac Barnett, illustrated by Shawn Harris
Gorgeous three-dimensional torn-paper artwork subtly shows the hues of white and blue contrasted with the dark eyes of the polar bear. This simple but engaging story asks readers to predict where the polar bear will go as he walks through the snowy Arctic. As he walks, readers learn about both the environment and the activities of polar bears. Lovely. 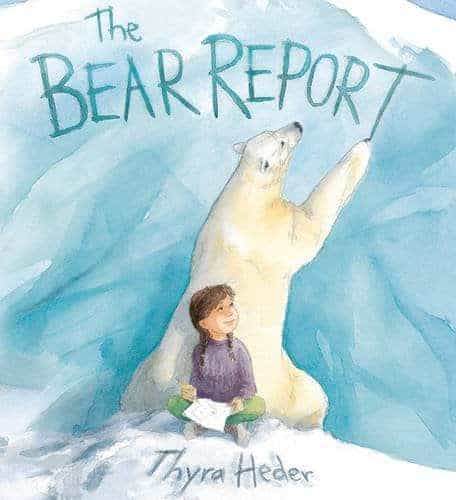 The Bear Report by Thyra Heder
I just LOVE this story! It all starts with a homework assignment (a report!) about polar bears. Olafur, the polar bear, arrives to help Sophie learn more about his species — and that they’re not mean like she thinks. He takes Sophie to his land and shows her all about his life. It’s so beautiful and eye-opening for Sophie. Sophie returns home to write the best report ever! Gorgeous illustrations throughout. 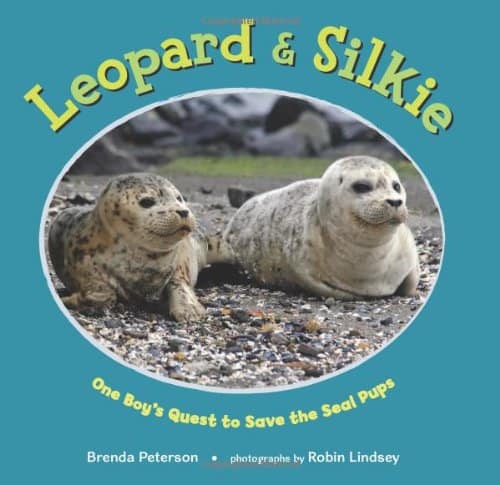 Leopard & Silkie One Boy’s Quest to Save the Seal Pups by Brenda Peterson, photographs by Robin Lindsey
A group of volunteers called Seal Sitters, watch out for baby seals who are left on Seattle shore while their mothers hunt for food. This photographic story tells the story of a baby seal, Leopard, who is crowded by onlookers and dogs. Young volunteer, Miles, calls his fellow Seal Sitters to help him move the people away from Leopard. Miles and his grandpa decide to build a floating dock for Leopard so he will be safe when his mother hunts. It’s a compelling story about the real dangers that marine mammals face every day. 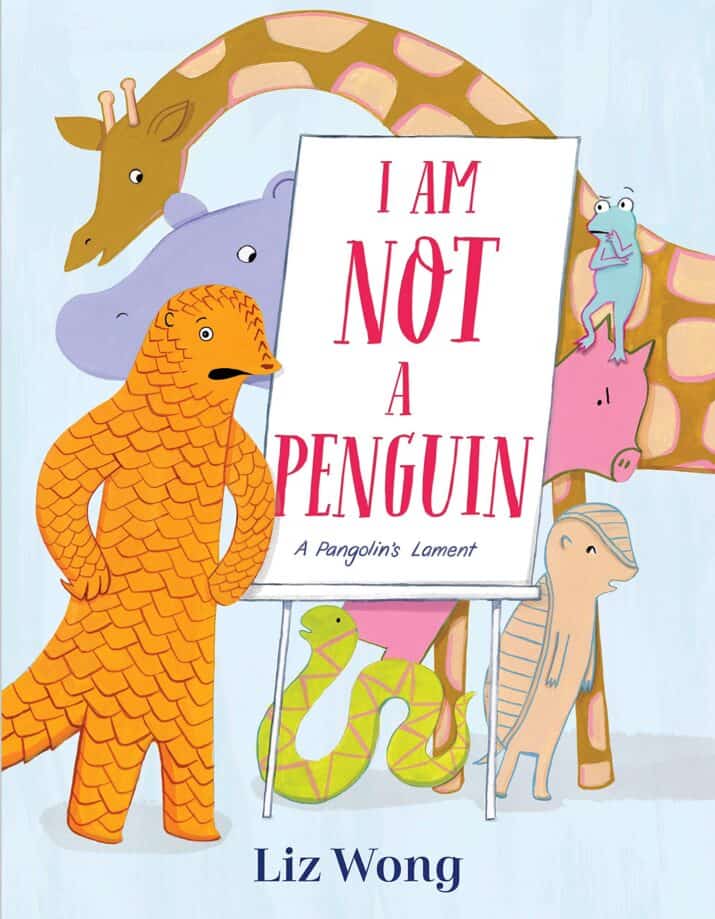 I Am Not a Penguin: A Pangolin’s Lament by Liz Wong
What a hysterical story! We witness a conversation between an increasingly frustrated pangolin trying to explain what he is to a group of animals who don’t understand what a pangolin is. Is he a skunk? A penguin? Maybe an armadillo? Then, an actual penguin arrives and the animals rush off to go surfing, leaving behind a kid who knows about the pangolin. But now he’s confused. Is she a goat? 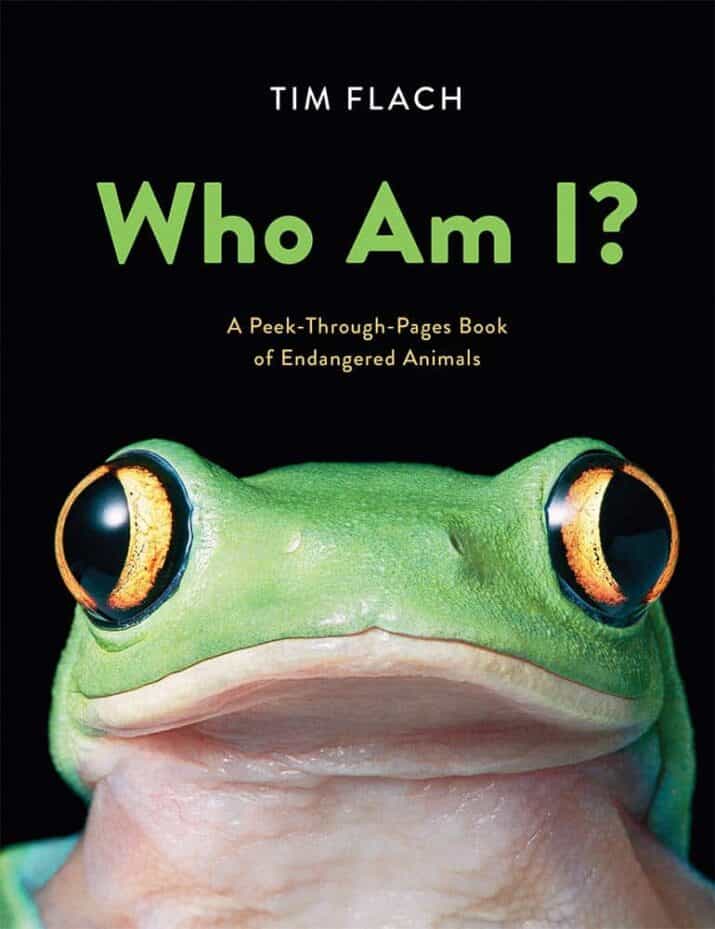 Who Am I? A Peek-Through-Pages Book of Endangered Animals by Tim Flach
What a treat! Here’s another guess-who-I-am picture book filled with gorgeous, full-color photographs of endangered animals. The author shows readers a peek-through glimpse of an animal along with a written description. Can you guess who this animal is even without the photograph? “I have a suit of armor and a super-long tongue for slurping up insects–yum!” Turn the page to see the answer– a pangolin! (I guessed incorrectly, how will you do?) 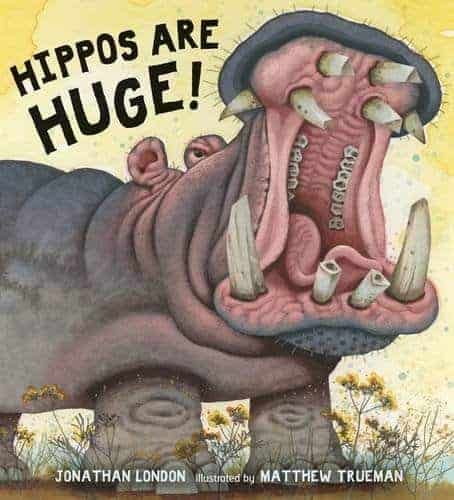 Hippos Are Huge! by Jonathan  London, illustrated by Matthew Trueman
Excellent writing and illustrations make this one of the best nonfiction animal picture books. Bigger text pairs with smaller factual text to give younger readers tons of information. 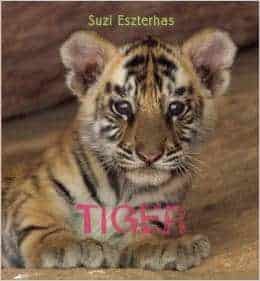 Tiger by Suzi Eszterhas
Read about tiger cubs as they grow up in India. See the tigers in their rocky cliff cave, learn that the cubs won’t grow into all their stripes for two years, watch the family move to a new forest den, follow as the cubs learn to hunt, and then see how big the tigers get in two short years. A page of tiger facts finishes out this book. 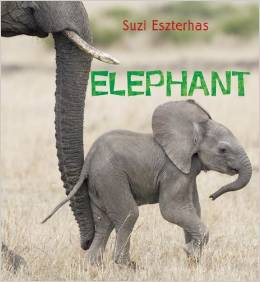 Elephant by Suzi Eszterhas
Journey along with an elephant calf as he grows up. I found this nonfiction book to be fascinating and highly recommend it! 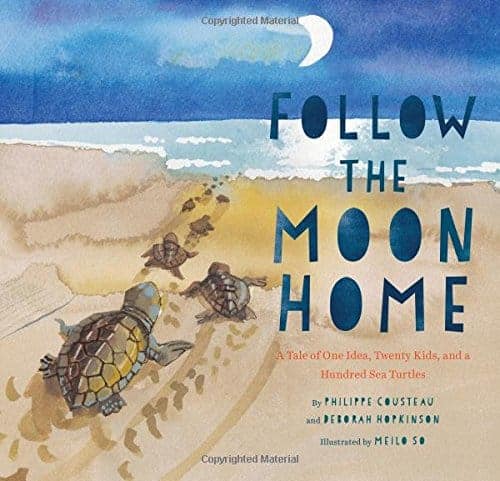 Follow the Moon Home: A Tale of One Idea, Twenty Kids, and a Hundred Sea Turtles by Philippe Cousteau and Deborah Hopkinson, illustrated by Meilo So
When she hears about the bright lights on the beach confusing the newly hatched babies, a girl asks her class to become the Loggerhead Lab. Together they inform the vacationing homes to turn off their lights at night. And it works! The babies follow the moon’s light toward the sea. 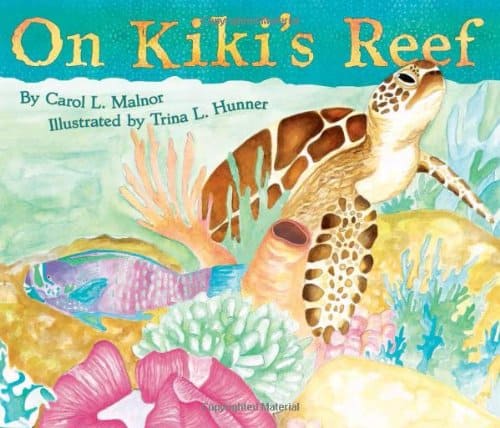 On Kiki’s Reef by Carol L. Malnor, illustrated by Trina L. Hunner
Follow Kiki as she hatches, swims out to sea, lives her life on a reef, and eventually lays her own eggs. A colorful underwater picture book adventure with plenty of facts mixed with adventure. 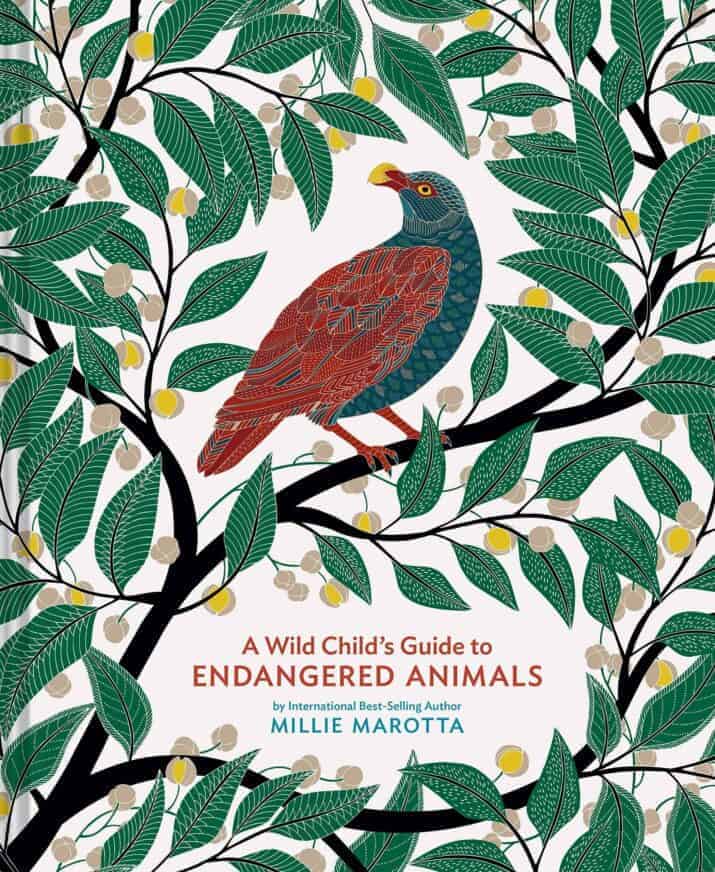 A Wild Child’s Guide to Endangered Animals by Millie Marotta
Any child who loves the natural world, especially the animals, will be obsessed with this oversized book. Richly illustrated in earthy tones, the author shares information about 43 endangered animals from the oceans to the forests, mountaintops to the tundra; all who need protection. You may be as surprised at some of the animals in danger including caribou and giraffes. Plus, I suspect that you’ll learn about a menagerie of new species you didn’t know about before as you pour over the pages. 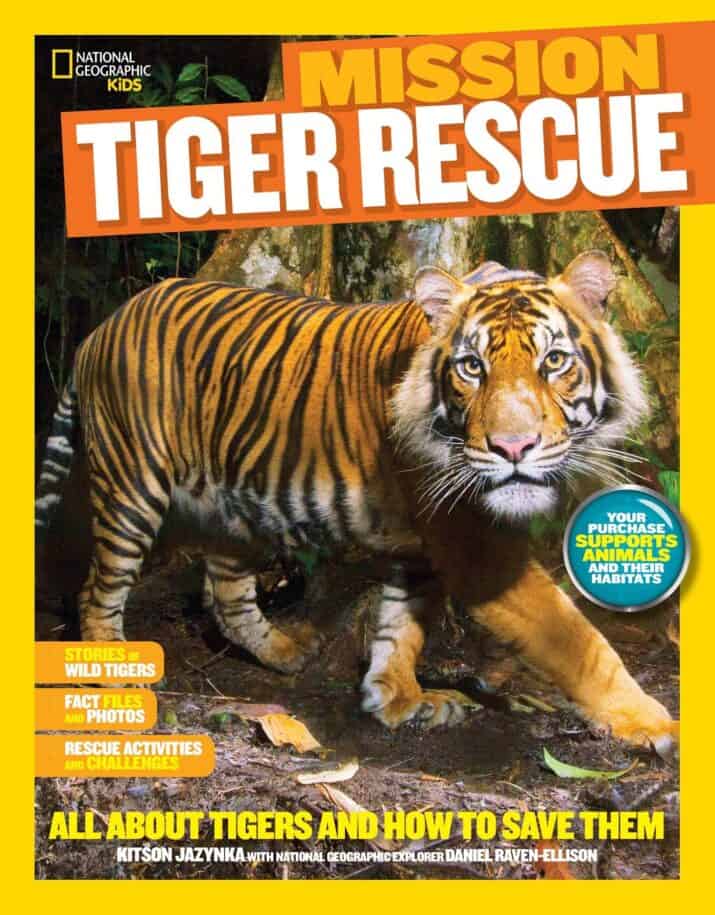 Tiger Rescue: All About Tigers and How to Save Them (NG Kids) by Kitson Jazynka
Learn about tigers so you can help save them! This excellent book gives you information, photographs, cartoons, stories, advice, infographics, and more so you’ll understand more about these amazing creatures. Other books in this incredible series include Elephant Rescue, Polar Bear Rescue, Sea Turtle Rescue, Wolf Rescue, and Lion Rescue. 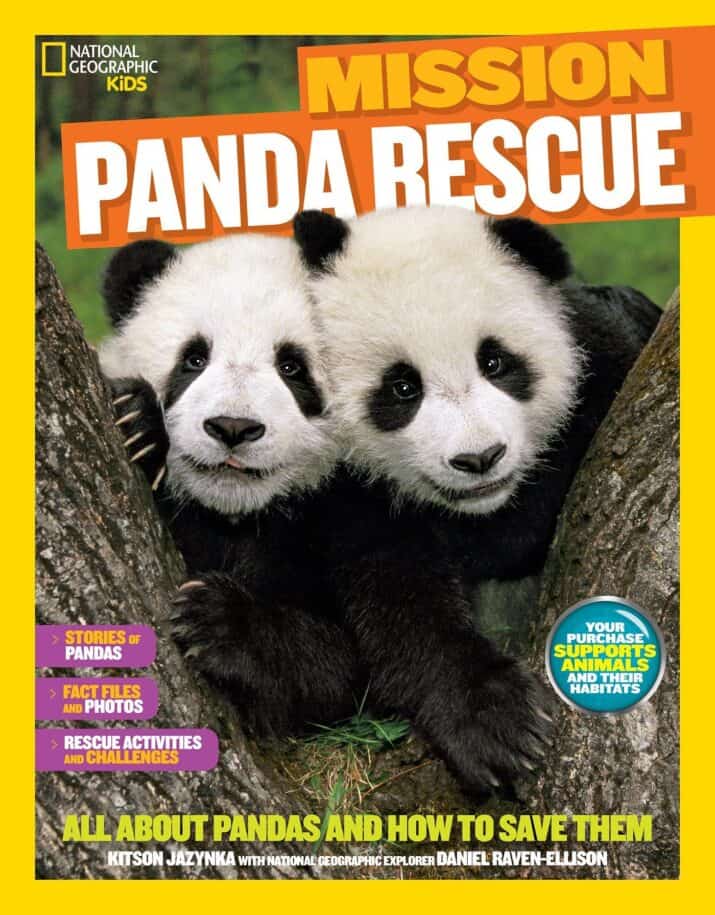 Panda Rescue: All About Pandas and How to Save Them (NG Kids) by Kitson Jazynka
Learn about pandas and what you can do to help save them. Read about explorers in the field, rescue stories, and learn actionable ideas. 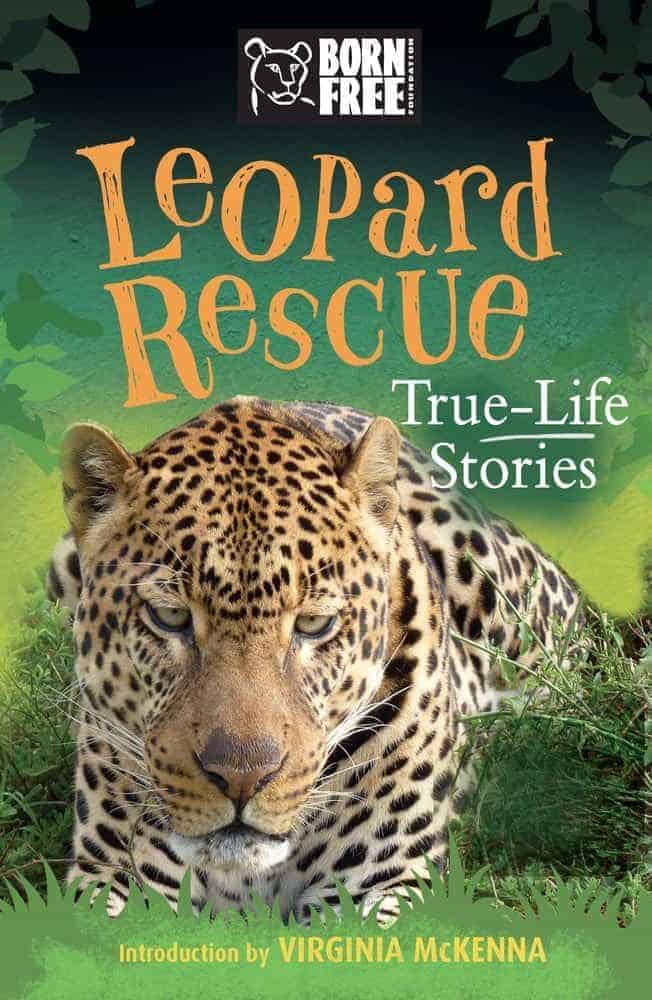 Leopard Rescue by Sara Starbuck
Born in captivity, this family of leopards live (and suffer) in small, cramped cages in a Greek zoo. Before he can be rescued, the dad leopard dies. Fortunately, the Born Free Foundation is granted permission to relocate the mom and daughters who are safely taken to the Shamwari Reserve in South Africa where they get their own habitats. It’s a fascinating and heart-grabbing story that will make you think twice about any small zoo enclosures. Other stories in the series include Lion Rescue by Sara Starbuck, Elephant Rescue by Louisa Leaman, and Tiger Rescue by Louisa Leaman. 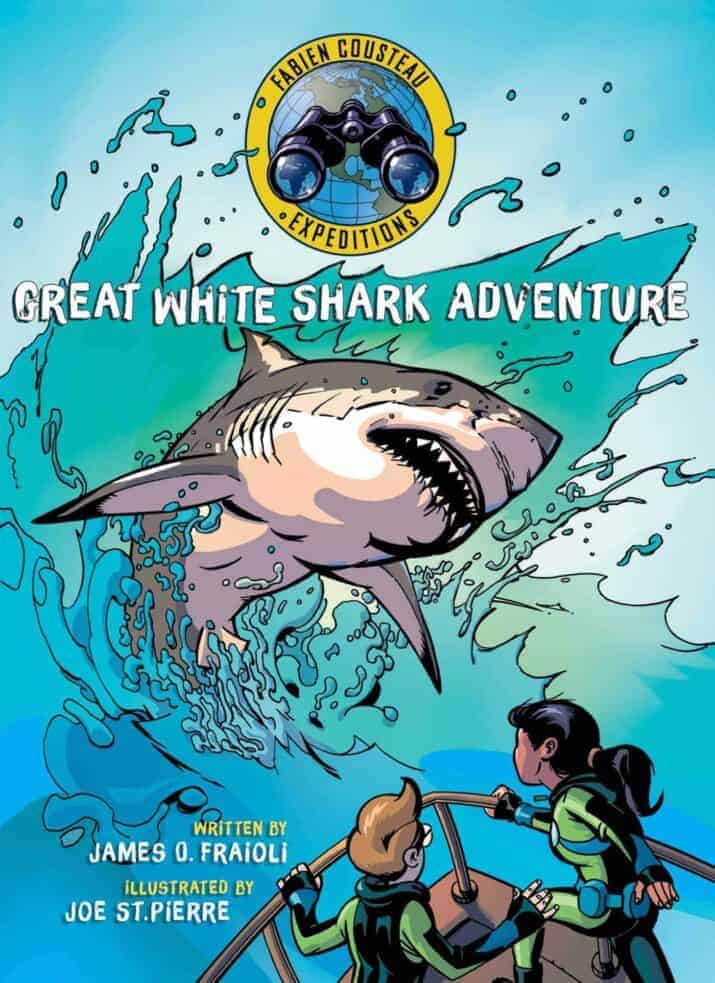 Great White Shark Adventure by James O. Fraioli, illustrated by Joe St. Pierre
Bella and Marcus travel with Fabien Cousteau and his research team to find and tag a great white shark. The author shares facts about ocean animals and other related topics either using informational insets or using adult characters who explain (pontificate?) to the young friends. The illustrations help the story and information flow well — I suspect most readers will learn a lot from this book. 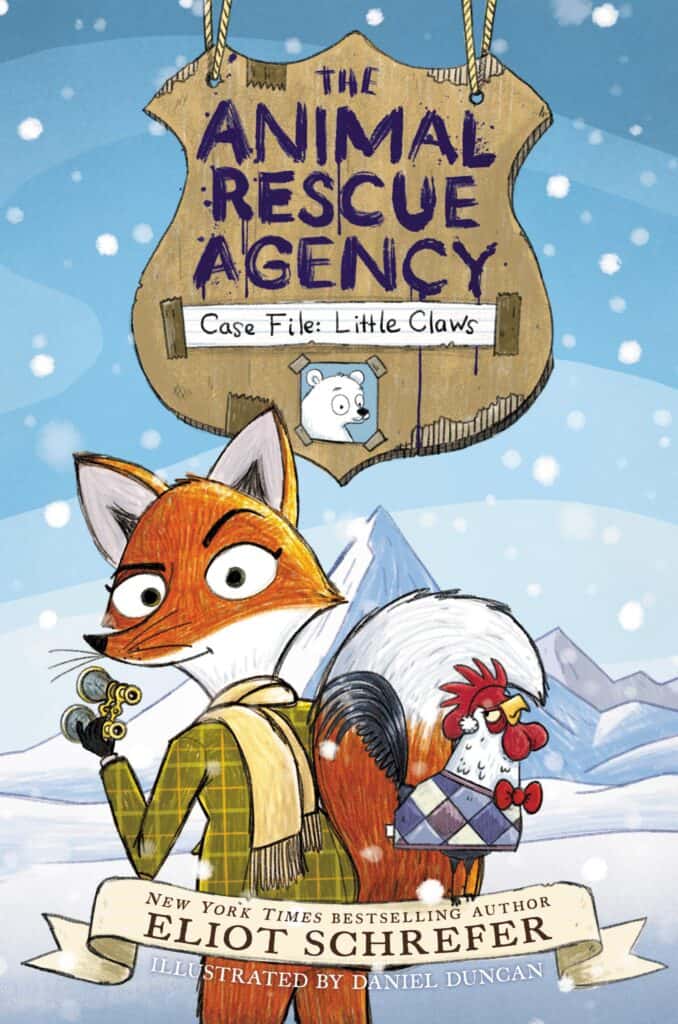 Case File Little Claws Animal Rescue Agency #1 by Eliot Schrefer
Esquire Fox, a fox, runs the Animal Rescue Agency with the help of her business manager, a rooster named Mr. Pepper. Despite the prey-predator scenario, the duo travels to the Arctic to save a polar bear cub adrift at sea, separated from his mother, and hunted by a dangerous human who wants to sell him. Entertaining writing, lovable main characters with distinctive personalities, and an exciting adventure make this an excellent start to a new series. 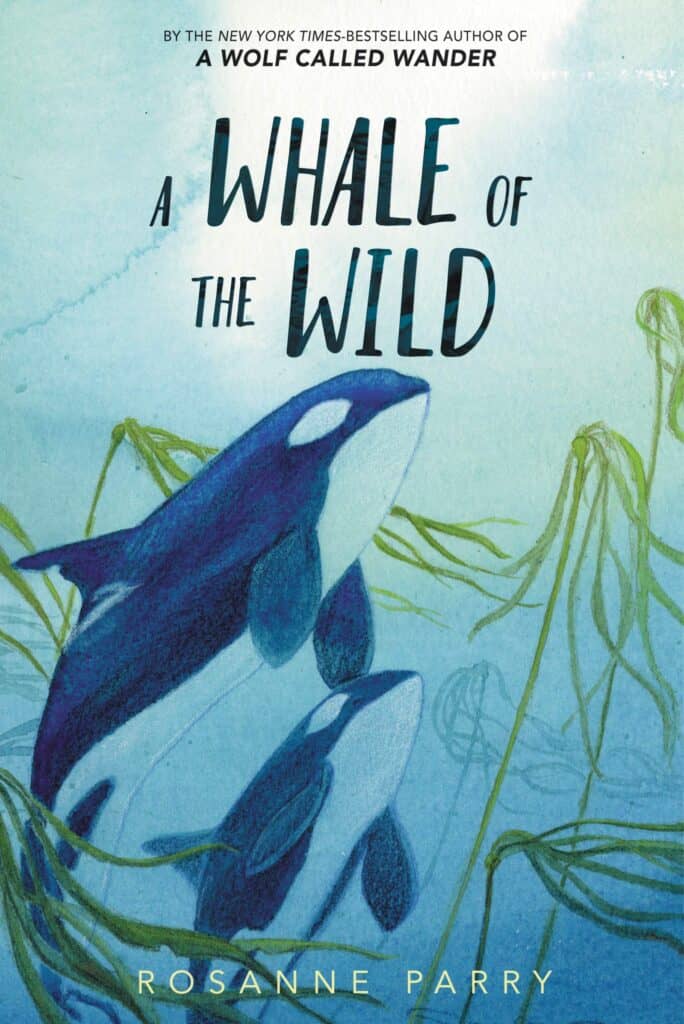 Whale of the Wild by Rosanne Parry, illustrated by Lindsay Moore
I love this beautifully written story about two orca siblings separated from their families, trying to find food and their seasonal home. Alternating perspectives between the older sister Vega and little earnest, trusting brother Deneb, their voices express a uniquely imagined orca’s perspective. journeying to get safety and food and find their family. I highly recommend this book for anyone who loves animals, the writing is wonderfully evocative. 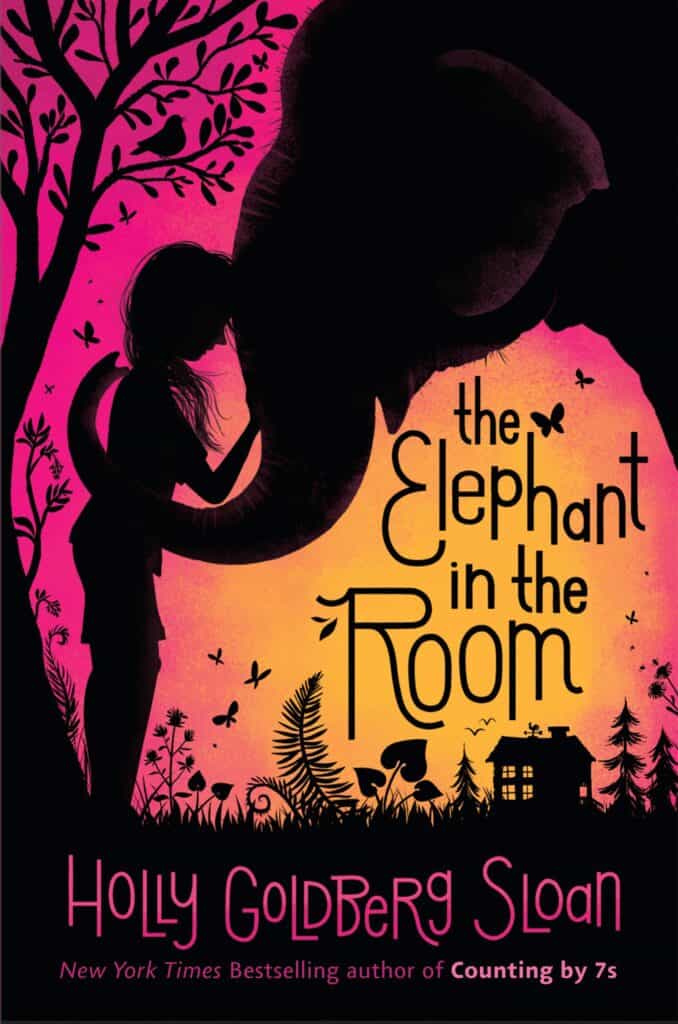 The Elephant in the Room by Holly Goldberg Sloan
A heartwarming story of family separation, animal rescue, and friendship!
Sila and her dad miss Sila’s mom who has been stuck in Turkey for a year trying to fix her immigration problems. When her dad brings her to a mechanic job, Sila meets Gio, a lonely older man named Gio who had won the lottery. Gio spontaneously uses the money to buy an old circus elephant named Veda. He hires Sila and a boy on the spectrum named Mateo for the summer to help with the elephant, building a close friendship with each other and the animals. When Gio’s mom, a lawyer, learns about Sila’s mom, she gets involved. The story’s beautiful ending made me cry! 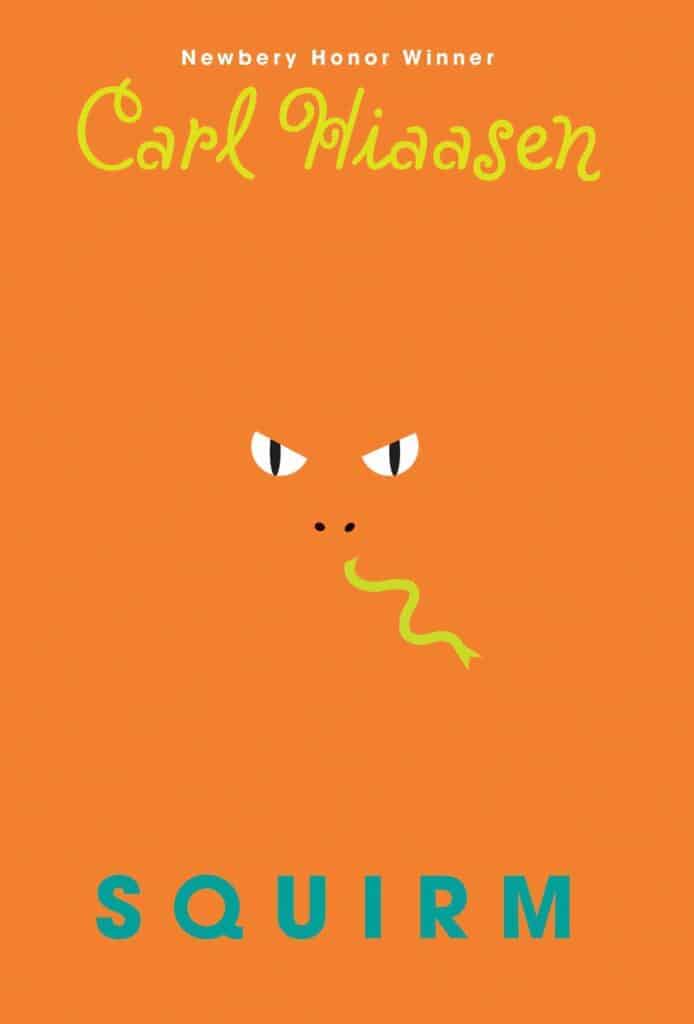 Squirm by Carl Hiaasen
Billy, a boy who loves snakes, hates moving every few years, and sticks up for underdogs, wants to find his dad. When Billy learns his dad is in Montana, he decides it’s time to reintroduce himself. What he finds is his dad’s new family (who happen to be really nice) and a still-absent father. It isn’t until Billy returns to Florida that he actually meets his dad who is in Florida to stop a poacher from killing an endangered panther. When this pursuit turns dangerous, it’s up to Billy and his stepsister to save their dad from a hungry grizzly and blood-thirsty hunter. Well-written with great pacing and an interesting plot. 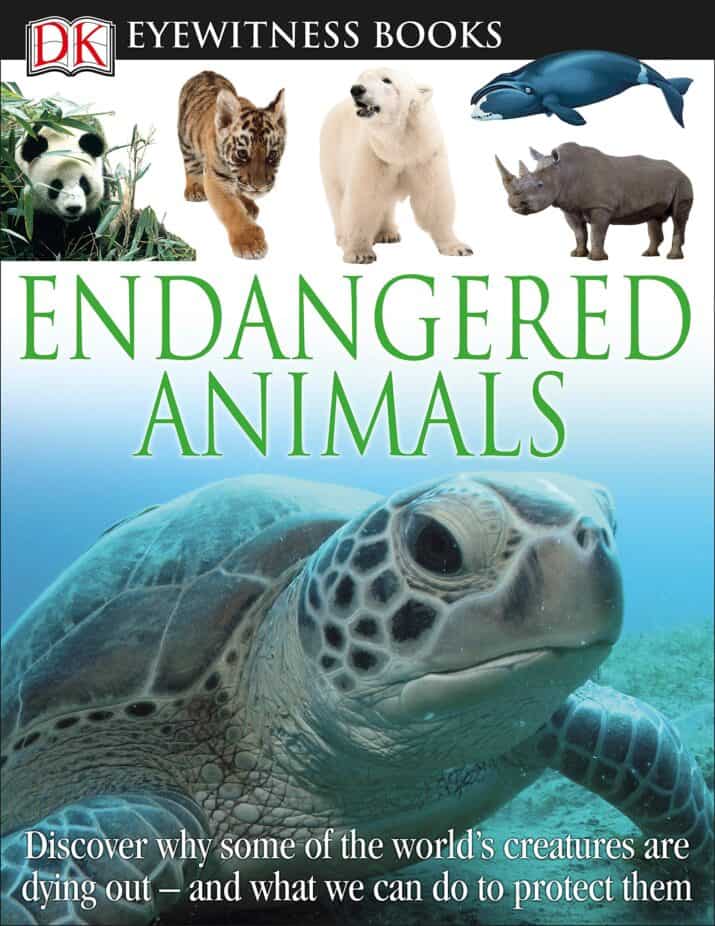 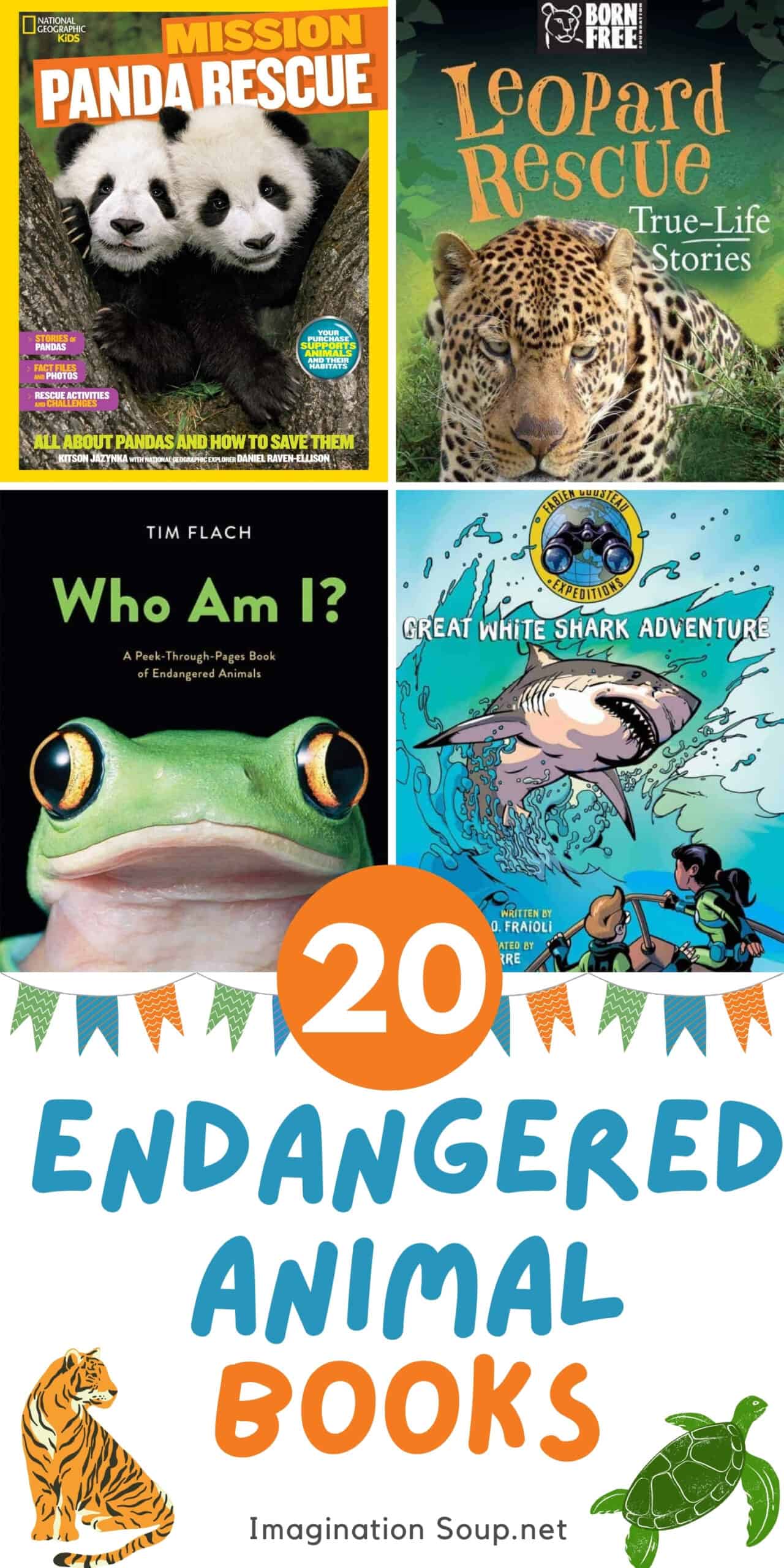 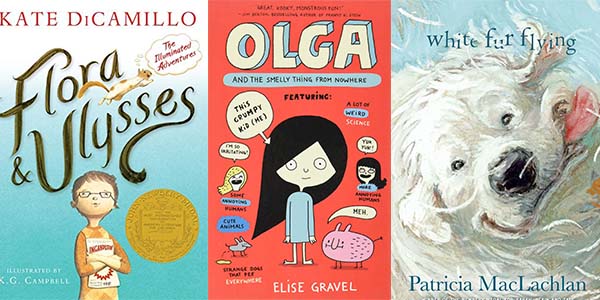 Books About Habitat and Ecosystems

What’s a Good Book for a New Reader? 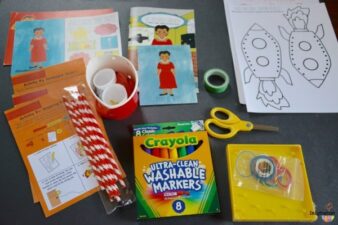