Some books change your life. Here are four new (2015) middle grade books that will rock your world in a good way — they’re beautifully written with themes that are relevant to adults as well as children: the power of storytelling, the power of love, the power of forgiveness, and the power of love. These are all don’t-stop-now-go-directly-and-buy-these books. Read them with your children for a richer experience. They all have a wealth of ideas worthy of discussion. 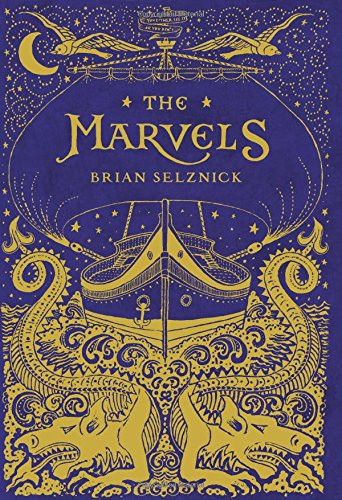 The Marvels by Brian Selznick REALISTIC ages 9 – 12
I’ve literally been pondering how to write about this book for weeks. The intricacies of Selznick’s storytelling craft are just mind-blowing. The Marvels is one of those books that leaves you totally emotionally drained but you still want to reread it right away because it was so dense and so meaningful that you’re sure you didn’t get it all on the first read. And, yes, it made me cry. Sob, actually. In the best kind of way — the way that loves a character so much that when you lose him in the story, it feels like it’s real. 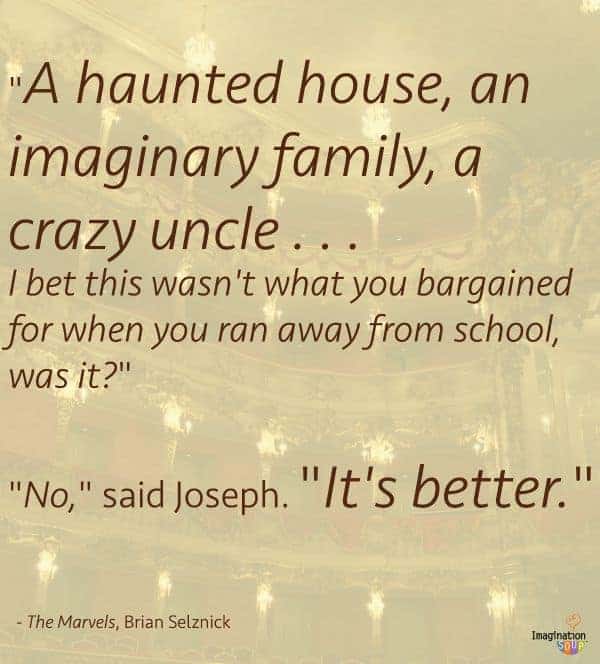 You’ll start reading a story as it’s told in sketches about a theater dynasty. Read slowly to follow the generational story line, it can be confusing so pay close attention. (Also, you might want to practice your page turning skills and read it on a flat surface so turning 400 pages of illustrations won’t be too taxing.)

The story picks up about page 400 with the narrative in words of an unhappy boy named Joseph who runs away from his boarding school to his uncle Albert’s house in London. His uncle doesn’t want Joseph to stay. Joseph doesn’t want to leave. And the two of them don’t know it but staying will be healing for them both. Joseph discovers more about his uncle and his uncle’s past which connects to the story told in the first part of the book. Because his uncle is dying of AIDS related complications, Joseph must leave for a better boarding school, but this time he leaves with the solid comfort of knowing where he belongs and who he is. (His uncle is gay but that word is not used in this story nor is his orientation ever a big topic, it just is.)

There’s more, much more, about this story to love — the power of forgiveness and the magic of storytelling. I believe this is Selznick’s finest work, a true marvel. 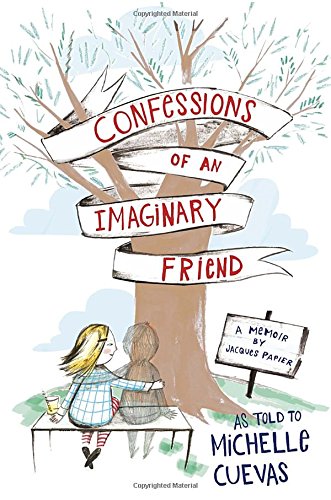 Confessions of an Imaginary Friend: A Memoir by Jacques Papier as told to Michelle Cuevas REALISTIC ages 9 – 12
Jacque is devastated to discover that his happy life with his sister is not real, that he is actually imaginary! He’s her imaginary friend!! There’s so much about this book to love — like his imaginary friends anonymous meetings and his reassignment as a dog — but ultimately I love how he learned to appreciate the small moments in life and his journey of self-discovery. He learns that he is who he is, no matter what he looks like on the outside. 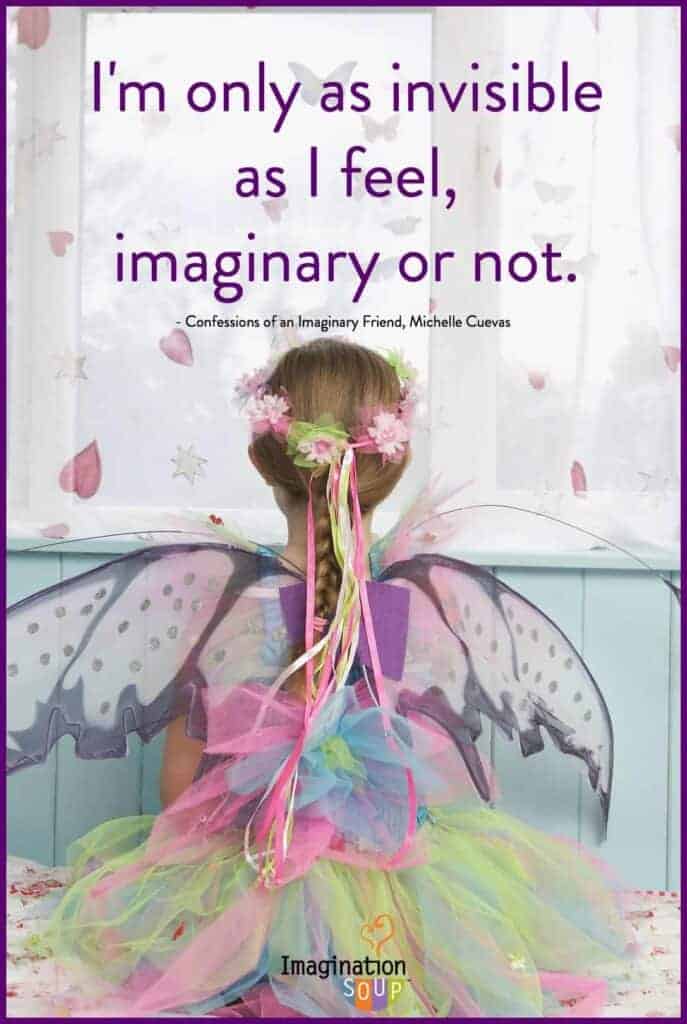 Confessions of an Imaginary Friend is a quick but powerful read. Talk about it with your kids — it’s interesting to see how much they pick up of the deeper meanings! 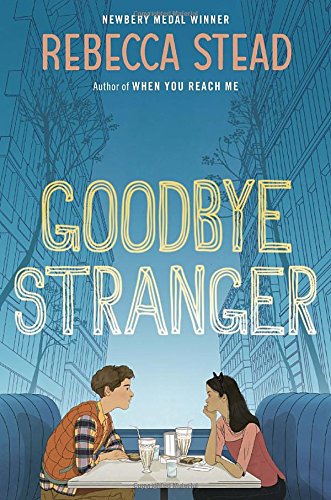 Goodbye Stranger by Rebecca Stead REALISTIC ages 9 – 12
WOW. In a word: powerful. This is middle school at it’s most intimate when friends experience the challenges of growing up, from an embarrassing sexting photo to a friendship betrayal. Through it all we see the power of forgiveness and love. 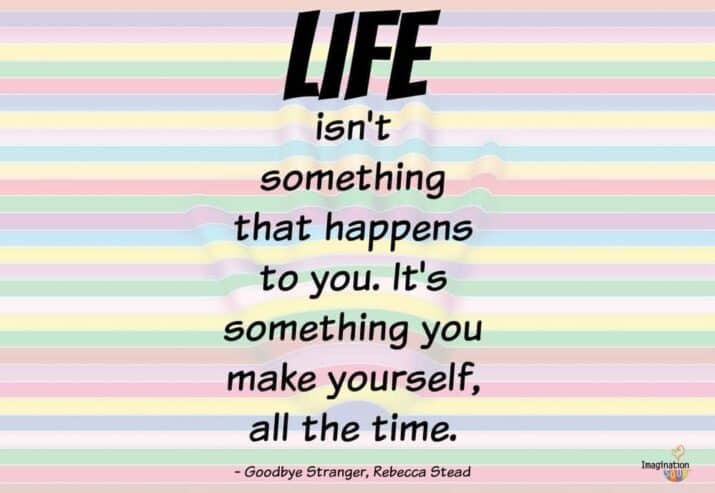 Stead begs the question: why are we here in this world? She writes, “Bridge knew why she was here. It’s why we’re all here, she thought. Call it Mr. Partridge with his black-and-white cookies. Call it Em standing on that stage with her knees shaking but her voice strong. Call it Jamie looking awkward in the doorway of her bedroom after she’d had the mummy nightmare. Call it love.” 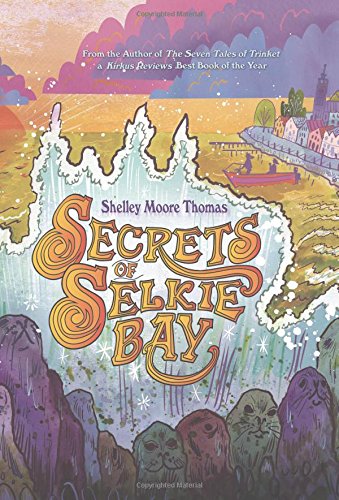 Secrets of Selkie Bay by Shelley Moore Thomas REALISTIC ages 9 – 12
Cordie’s the oldest of three daughters living with the hopes that their mother who left suddenly will return. Her sister believes their mom is a selkie who had to return to sea. After all, their mom looks like a selkie with her black hair and pale skin, and she owned a dark coat, and her favorite book is A Child’s Book of Selkies. To find out, the sisters take a boat to a secret island where they are helped by a mysterious seal. Is it their mother? Even more worrisome is that their boat leaks and the seal is injured. 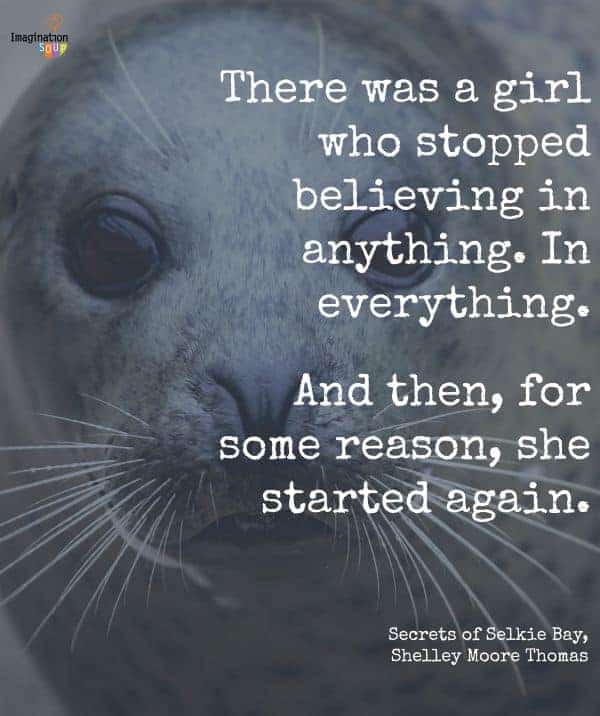 I couldn’t put this book down — Secrets of Selkie Bay is magical story that made me believe in the unbelievable. And see the magic in family, forgiveness, and love.

You might also love (as I do) Shelley Moore Thomas’ book, The Seven Tales of Trinket.

added to my book reviews by age:

Movies Made From Books

4th Grade Books in a Series

Books for 5th Graders in a Series 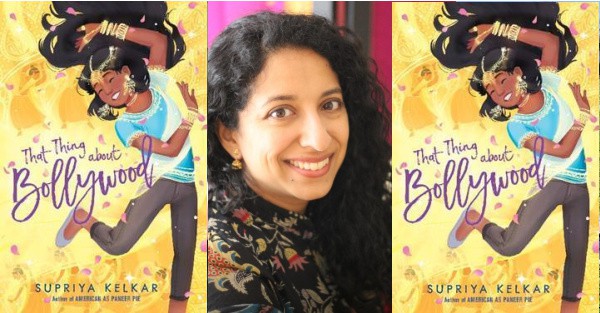