Ready for a new fun family game? (That will make your kids think and build vocabulary?) It’s called BLURT! and is dubbed “the uproarious word race game” because it truly is exciting, fast-paced, and darn-right hilarious. Oh, and it’s all about words. 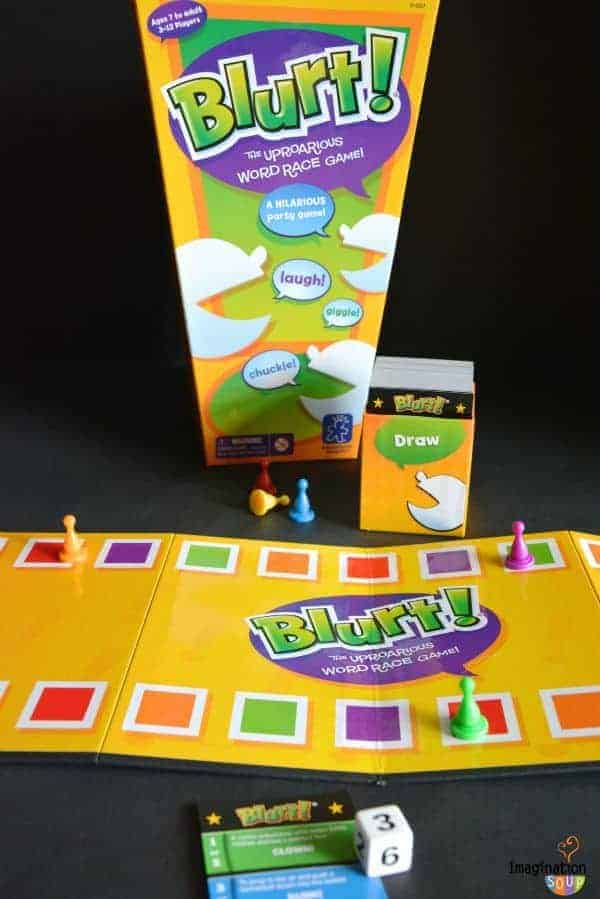 We really like the option of the two difficulty levels so you can customize for the age of players playing the game. Even better, you can can have up to 8 players!

But mostly we love trying to win. (You might be surprised, like us, to find out your kids think much faster on their feet than you do.)

This game is all about thinking fast — making an inference based on the clue provided.

The game says it’s best for ages 7 and up which I think is about right based on the word choices.

Have you tried it? Do you agree? 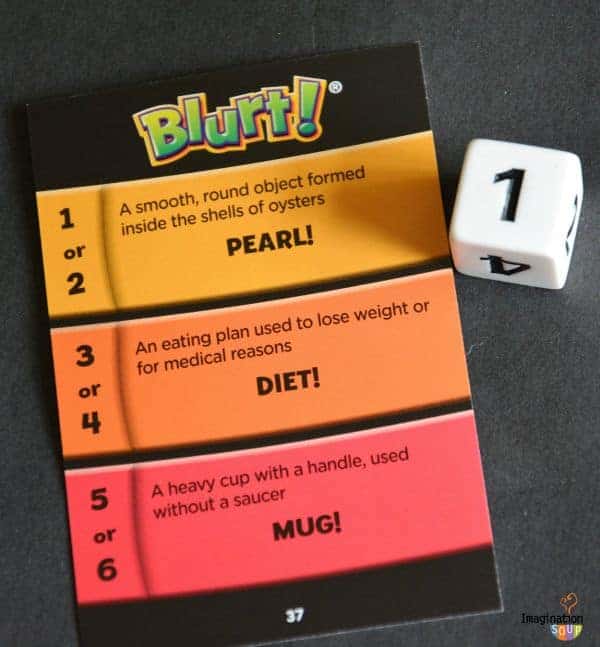 How To Play the Game

Roll the die to determine which clue will be read.

One player reads that clue to the other players.

BLURT! out the answer. The first one to say the correct word gets to move the number of spaces of the die.

The first player to complete the board’s circle wins the game of BLURT! 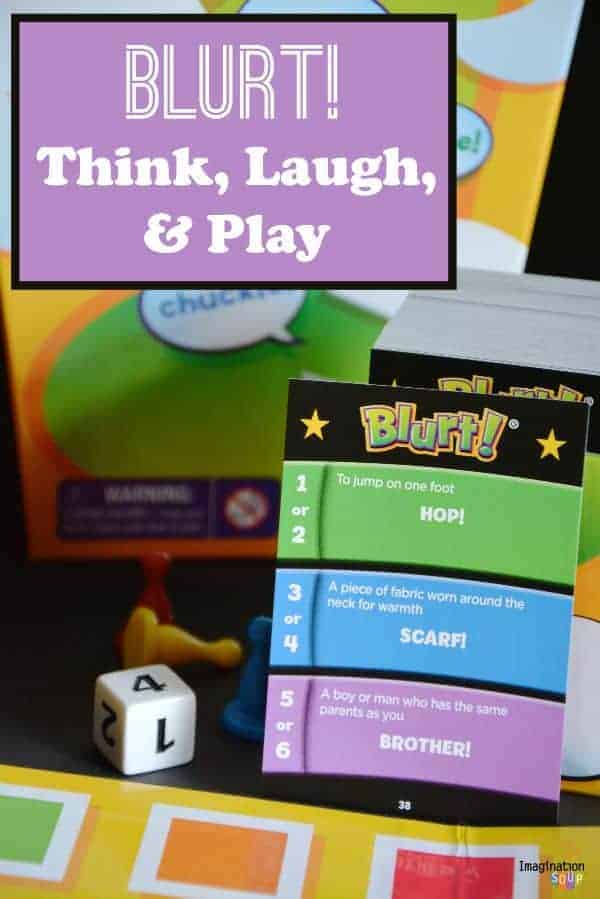 Or, for another option, take the new Blurt! Sports game with you traveling. It’s a bit smaller, more compact, and only has 450 clues which are all about sports. 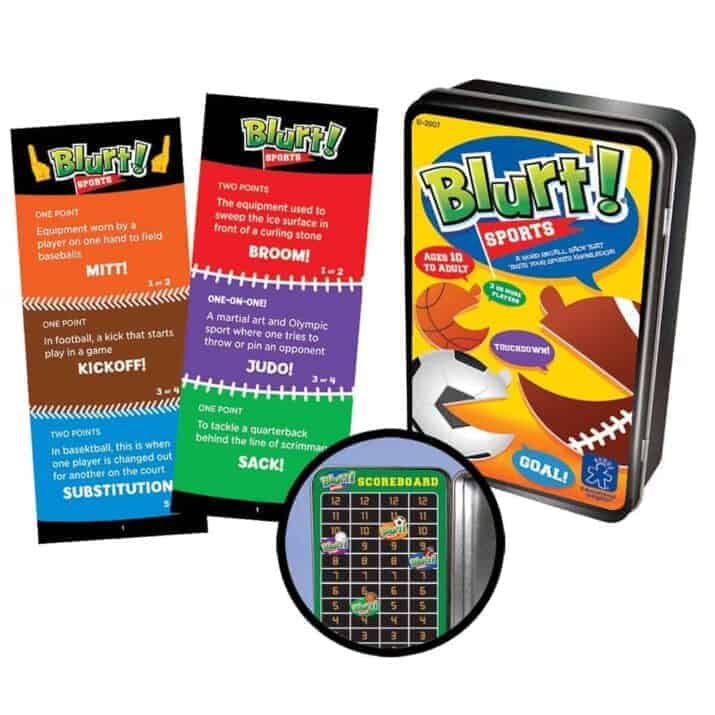