“How come you never pick her up?” my friend Kristen asked, looking at my four-month-old baby, Ani, sitting on the floor. We sat sipping ice tea in my living room. “Oh, you don’t know her yet,” I said. “Watch this.”

I scooped up AJ, and she immediately began to cry. I put her back down on the floor and she stopped just as suddenly.

But, that didn’t mean I didn’t feel awful, like somehow it was my fault. At night when I nursed, I imagined what I could do differently: more massage? More toys? More of something? And I couldn’t help but think that Ani didn’t want to cuddle because of something I did wrong.

Years later, AJ’s aversion to cuddling persisted, even at bedtime. But bedtime is the time for snuggling and cuddling, right? I’d read her stories, hug and kiss her, but she rarely hugged me back. When she did, she’d get this look of terror on her face with her eyebrows crunched together and she’d wince like she was about to touch something prickly. I’d reach for a hug and watch her arms become floppy and limp.

After the hug came the “I love you” part of bedtime. I’d say it; she wouldn’t. Once, she grunted. I took that as an “I love you,” but it wasn’t really.

When Ani starting going to preschool two mornings a week, I’d see the other cubbies filled with messy papers, dripping with not-quite dried glue, fingerprints and marker scribbles. Not Ani’s. So I asked her, “Why don’t you do the art projects?” To me they seemed like proof of childhood, something God-awful to hang on the fridge and show the world that a child lived in my house.

I persisted for weeks. “Just try, can’t you just try an art project? You like doing art at home!” “I don’t want to.”

I eventually asked the teacher, “What does she do when the other kids are making art?”

Her teacher, the perfect gray-haired, apple-print-dress-wearing teacher answered easily, “She watches. Some kids just like to watch.”

“But, no one else’s kid does!” I protested, wondering if something was wrong with her.

But, I worried, hoping that the next year, she’d be more mature, more comfortable, and more participatory. Every day when I dropped her off, I drove away feeling sad, thinking of AJ just watching the other kids play.

The next year at preschool was no different. On Clifford Day, the kids got to wear red to school. How exciting, she loves Clifford, I thought. But AJ said, “I don’t want to wear red” and threw a crying, screaming fit when I tried to force on a red shirt.

Why was a dumb question. It finally occurred to me to ask a different one, the one I really cared about. “Are you happy when you watch the other kids?”

That surprised me. But I was still worried. How come no one else’s kid seemed like mine — happy to watch, uninterested in physical contact, unmotivated by the group dynamic.

When AJ was three, I took her to swimming lessons at our local Recreation Center. She stayed on the edge, feet in the water, refusing to move for . . . six weeks. She eventually got in only when I put on my bathing suit, stood there in the water and said, “We are not going home, or anywhere, until you get your whole body into this swimming pool.” She did it. It was a hollow victory but a victory nonetheless.

I kept her in swimming lessons for two years despite any significant progress. My “social service moment” occurred when once again, Ani refused to get into the pool. The other children were swimming laps. 1 minute. 5 minutes. 10 minutes. They were in; Ani was still out. I should mention that by this time, I had an elaborate system of rewards in place for every wet swimming lesson. Yet this time it wasn’t enough. I’m embarrassed to admit that bad psycho mom emerged from the depths of my soul.

At which point I pushed her in. Or did I throw her?

Satisfied with her entrance to the water, and despite her crying, I turned around, feeling very pleased with my accomplishment. I showed her, I thought — until I noticed the horrified expressions of the other parents sitting on the pool bench watching.

We dropped out of swimming that day. We left and did not return. Something needed to change. And that something was me.

The change came like sky writing, whacking me over the head one day. And it came from a television morning show.

“Introverts,” announced the morning’s guest, “will often look away when people talk to them and will take a few moments to think before responding to questions.” The expert continued, “Introverts prefer to observe before participating.” Listening, I thought of swimming lessons, preschool and Sunday school. Check.

The guest, Dr. Marti Olsen Laney, explained that introversion was a temperament a person has from birth; it’s different than shyness or social anxiety. Introversion meant that a person drew energy from within themselves, not from other people, as extroverts do.

I opened my laptop and ordered her book, The Hidden Gifts of the Introverted Child. Introversion seemed like the key I needed to understand and dare I say, accept my own daughter. What’s more, I couldn’t stop thinking of something Dr. Olsen-Laney said: “Introversion is not a failure of extroversion”.

Slowly, I felt worse and worse, like the worst mom in the world. I knew that deep down I believed something was wrong with my daughter because she didn’t act like an extrovert — like me.

I learned more about introverts to fully appreciate my daughter and her special temperament. I started to see the benefits of introversion. 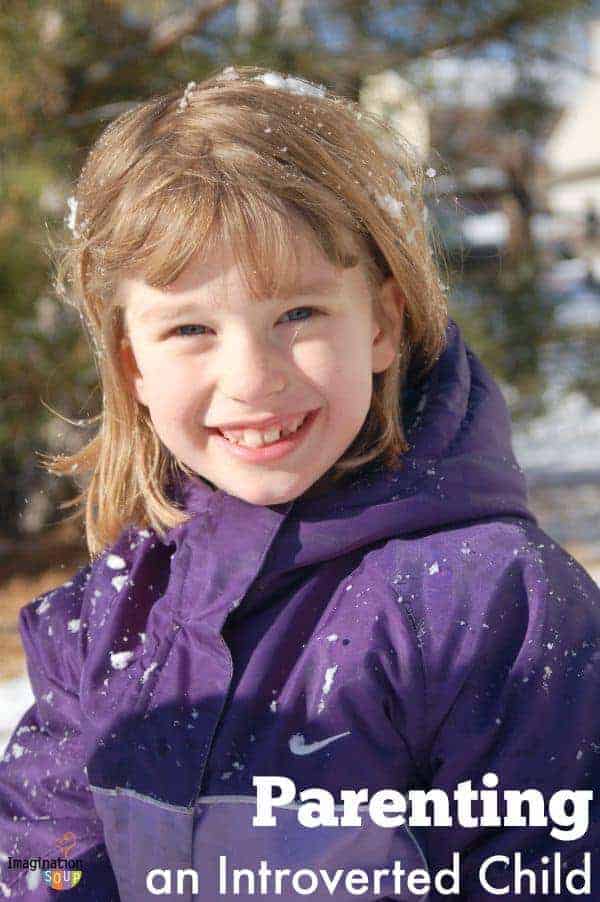 Characteristics of an Introverted Child

(List from The Hidden Gifts of the Introverted Child by Marti Olsen Laney, Psy.D.)

I was thrilled when AJ at age seven decided to learn to knit. That day, my mother-in-law was over and taught AJ the basic knit stitch. AJ sat in our brown armchair for six hours with a skein of rainbow- colored yarn and her needles, taking only one break for the bathroom. By the end of the six hours, she had knit two feet of a scarf. The next morning, she raced out of bed, sat down with her knitting and again, didn’t move until the scarf was finished at three and a half feet.

See? I told myself, internal motivation is great!

It wasn’t long after this day that AJ gave me a surprising gift.

It was the middle of first grade. I opened the front door to watch her walk to the bus stop across the street. “Good-bye, have a good day. I love you!” I said as I did every day.

Ani started through the door. “I love you, too,” she said halfway out, her back to me.

Ani stopped, turned to look back at me and smiled, “Yes.” Her smile turned into a smirk, and she turned back around and clomped off to the bus stop.

And what a gift! She’s taught me so much. It’s about understanding and parenting for your specific child.

Post Script: After I wrote this essay, which originally appeared on a different website, I learned that AJ has Sensory Processing Disorder which also factors in. 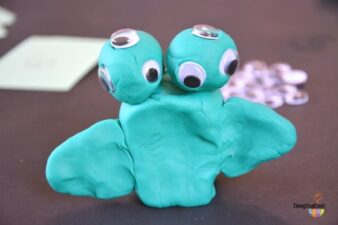 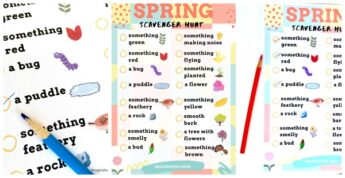