This post may contain affiliate links.
Facebook
Twitter
I’m so excited to tell you about so many amazing new middle-grade books. (And can’t wait to share with you the new gems next month!) Here are my favorites from July and August 2022. 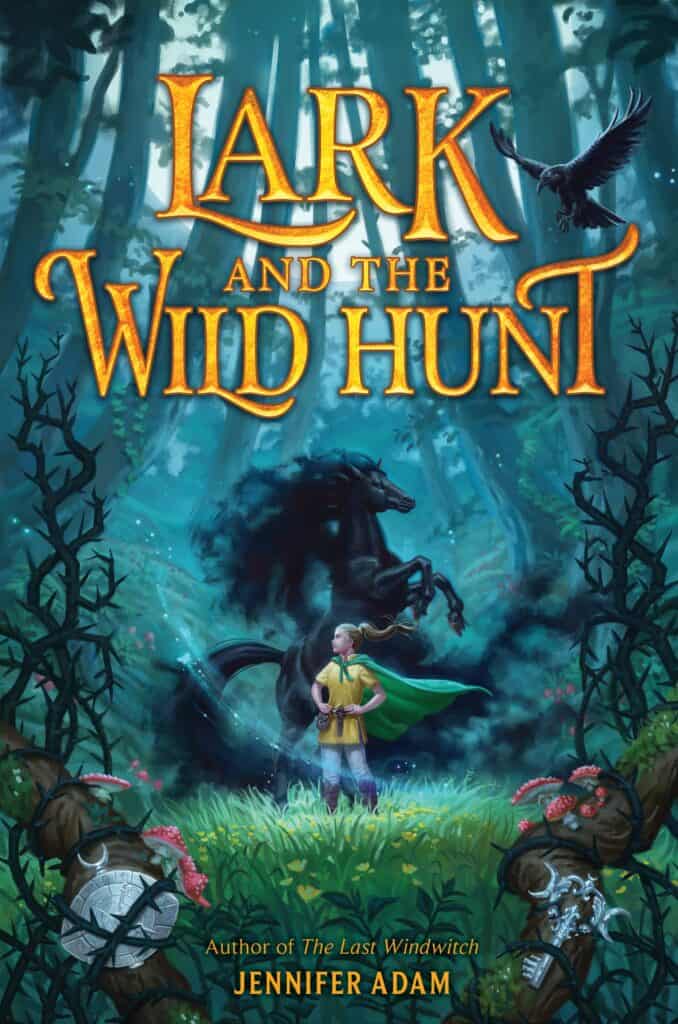 Lark and the Wild Hunt by Jennifer Adam
FANTASY
Not many middle-grade stories get the lore of the Fae so adeptly — the Fae with their trickery and courts and drama but Lark and the Wild Hunt succeeds in an age-appropriate, enthralling tween fantasy adventure. Lark’s family raises the half-animal, half-fae horses for the Wild Hunt. But when her brother doesn’t return from this Wild Hunt, Lark throws herself into finding him–which means, according to her new fae friend Rook, fixing the mysterious, broken moon clock and searching for her brother in the fae lands. If you like epic adventures with magic, don’t miss this story about a brave and determined human girl in a world of magic and fae who embarks on a quest to save her brother…and her sister…from the new, evil fae king. 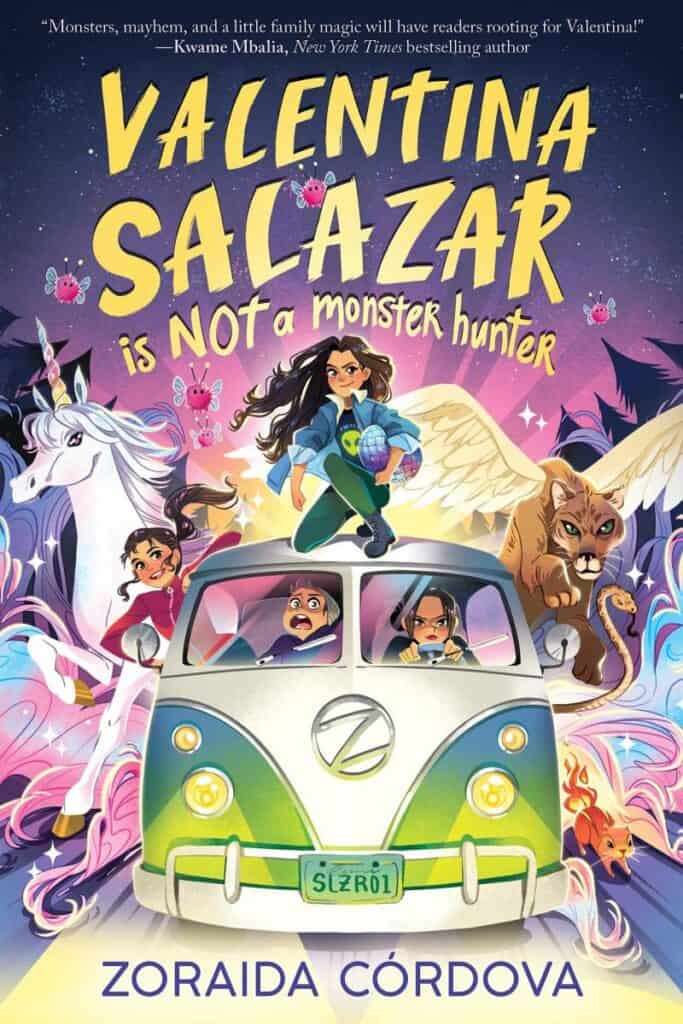 Valentina Salazar is Not a Monster Hunter by Zoraida Córdova

FANTASY
A marvelous middle-grade novel with the perfect blend of action and adventure mixed with family tragedy, betrayal, magical creatures, and an amazing kid who saves the day! Val gets her two siblings to help her on one last mission to save the magical creature egg that a boy is live streaming so that no one gets hurt or learns about magical creatures. Her family used to be Monster Protectors until one killed her dad. Her nefarious Uncle and his Monster Hunters have lured one of her siblings to his hunter side, and they are chasing Val and her other siblings to get the egg first. I couldn’t put this one down — it’s 100% perfection! 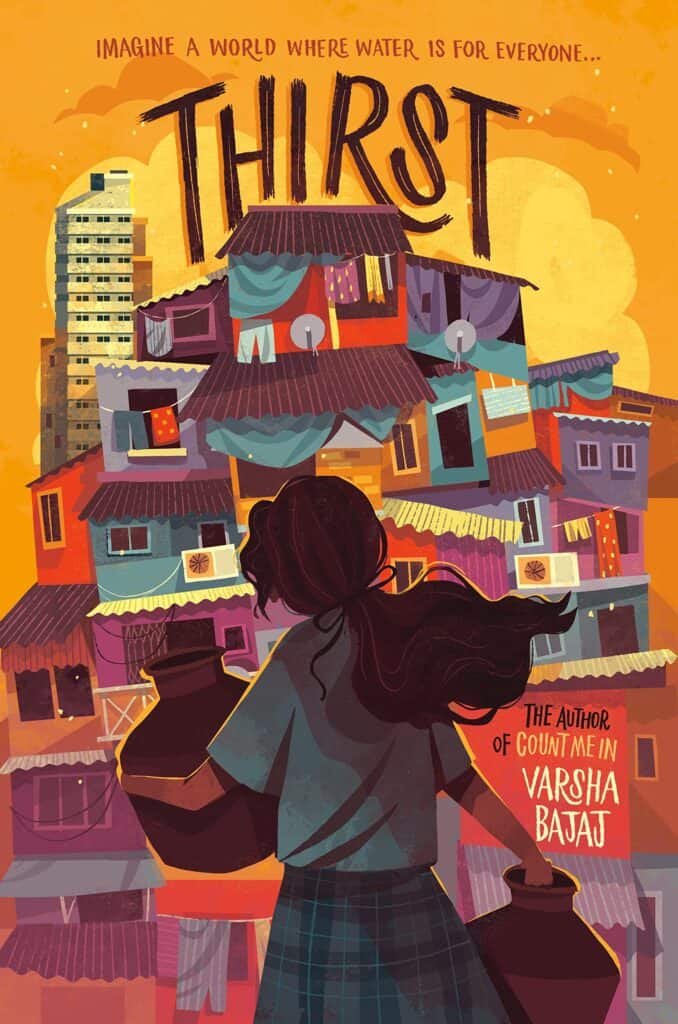 REALISTIC
Set in Mumbi, this is a deftly narrated, hope-filled story of the inequities around water with themes of advocacy, education, and community. 12-year-old Minni’s community has access to water only a few hours per day with severe water shortages. When she sees men stealing water one night, she learns how water mafia bosses steal the community’s water for profit. When her mom gets sick from the bad water, Minni is forced to leave school to work as a maid. There she sees the water (and other) iniquity first-hand — the family has indoor plumbing and never worries. But when she accidentally discovers that the family’s dad is the water mafia boss, she must decide what to do. Her decision and action to report him makes a difference — and gives us hope that one person can make a difference. 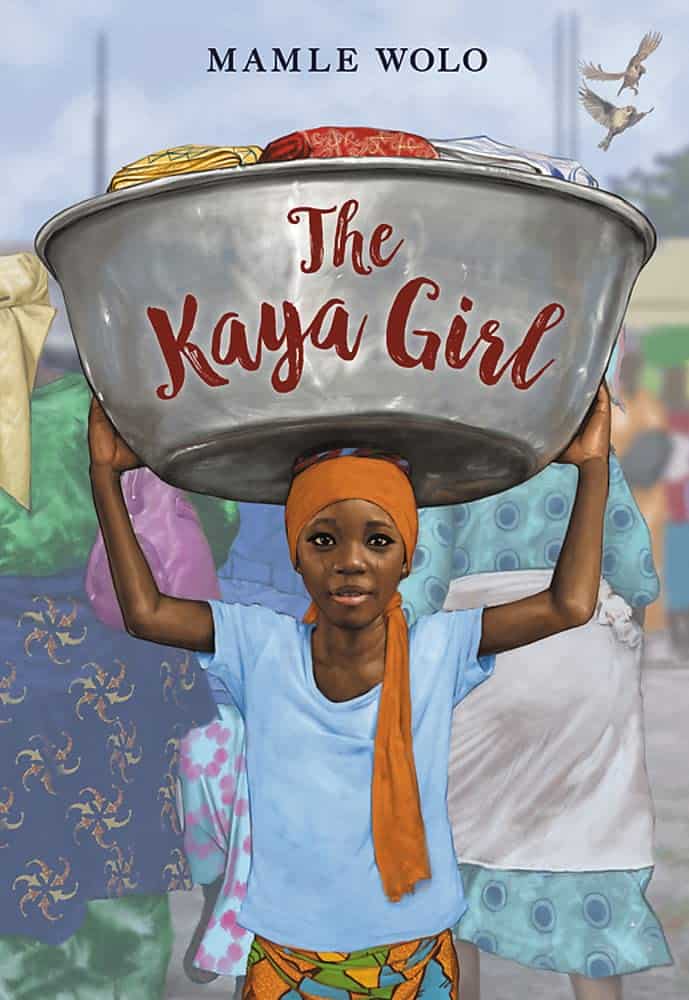 The Kaya Girl by Mamle Wolo
REALISTIC
A thoughtful novel about a friendship that crosses regions, languages, income levels, and education–despite the stigmas and prejudices. Abena, from a rich southern family in Ghana, is spending the summer with her auntie to help at her auntie’s market store. There, Abena meets Faiza, a Muslim girl from northern Ghana who works as a kayayoo– a girl who uses a large head pan to carry shopping for customers. The two girls immediately become friends, and Abena’s eyes are opened to the differences in their lives and her own privileges. But when someone accuses Faiza of stealing, and Abena gets malaria, they are torn apart until fifteen years later — a moment that will probably make you cry like I did. Beautiful, atmospheric, and meaningful. 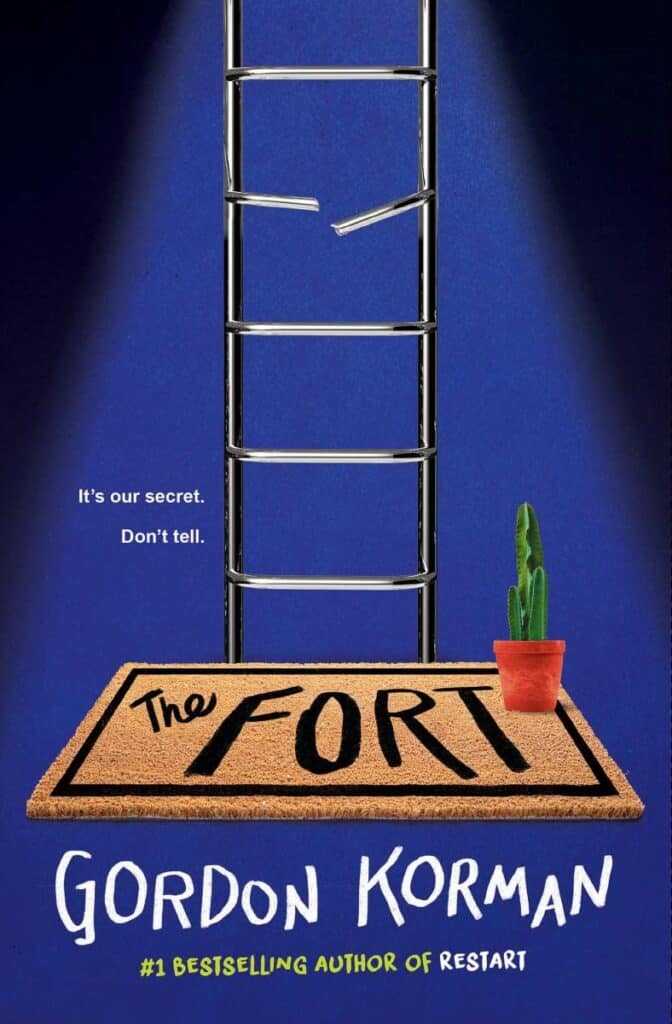 The Fort by Gordon Korman (his 100th book!)
REALISTIC
Tension-filled, disturbing, and powerful, this story alternates the points of view of a group of boys who are each dealing with their own struggles including poverty, OCD, bullying, and domestic abuse. When the boys discover an abandoned bomb shelter in the forest, they make it their fort, which becomes a special and safe place. When one boy, the outsider who isn’t friends with everyone yet, figures out what’s happening with the abused boy who is secretly sleeping in the fort, all the friends try to help him, but it’s tricky and complicated. The story feels raw and important — and is a discussion-worthy novel for middle school students. 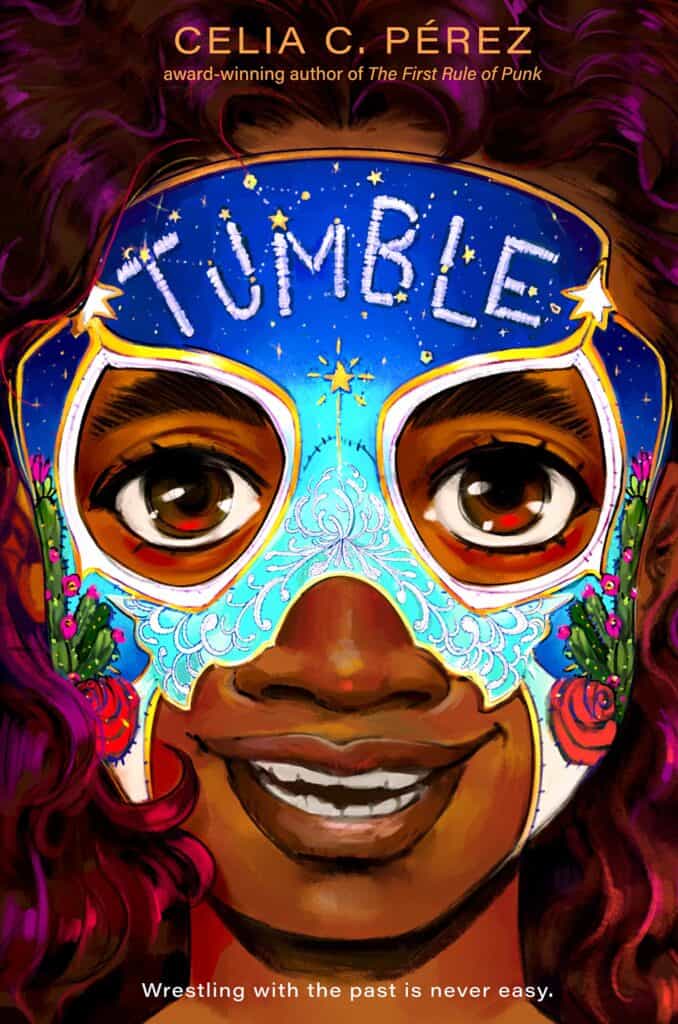 REALISTIC
Pulsating with longing and confusion about family relationships, this heartfelt story is about heritage, identity, and…Mexican wrestling. When Adela’s stepdad wants to adopt her, Adela secretly uncovers who her biological dad is — and finds out he’s from a famous luchador family. She contacts him with high hopes of connecting but those hopes are slowly are dashed when her bio dad, Manny, consistently drops her off with his family and leaves. Adela loves getting to know her extended family, especially her twin cousins, — but wishes Manny would want to spend time with her. Adela must figure out what it means to have Manny in her life, or not. 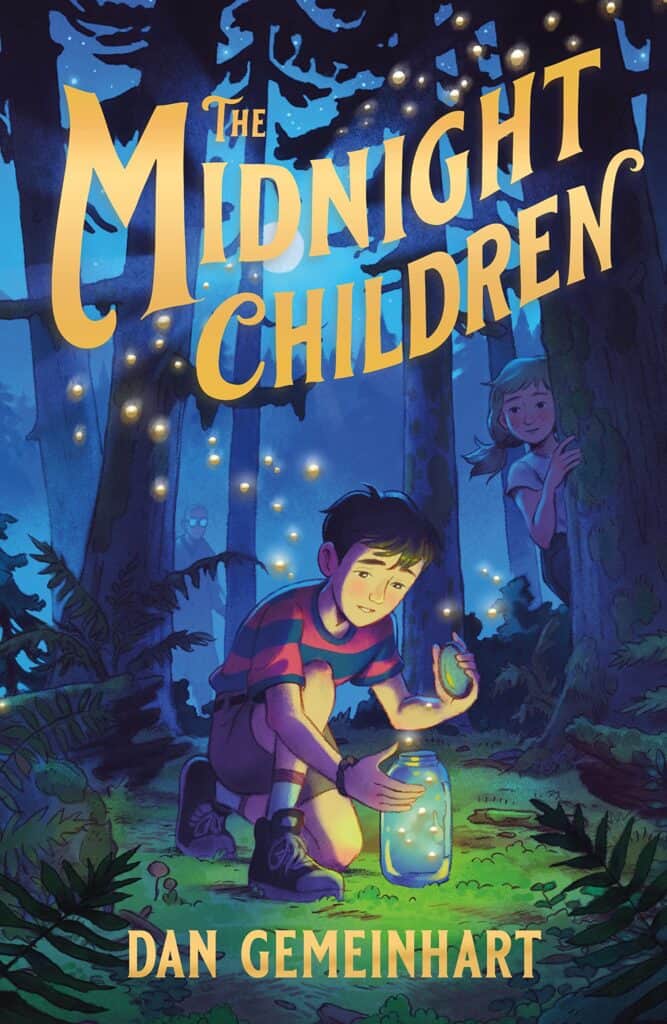 Midnight Children by Dan Gemeinhart
MAGICAL REALISM
When a group of special kids with no parents move across the street from Ravi, a boy who is lonely and bullied, he is shocked to find a friend in one of the kids, Virginia, and their friendship is magical to Ravi. But he’s still bullied and Virginia and her siblings are being hunted by the orphanage. Interesting and surprising, this story of found family and friendship shows the bonds that tie us together can help us to be our best selves. 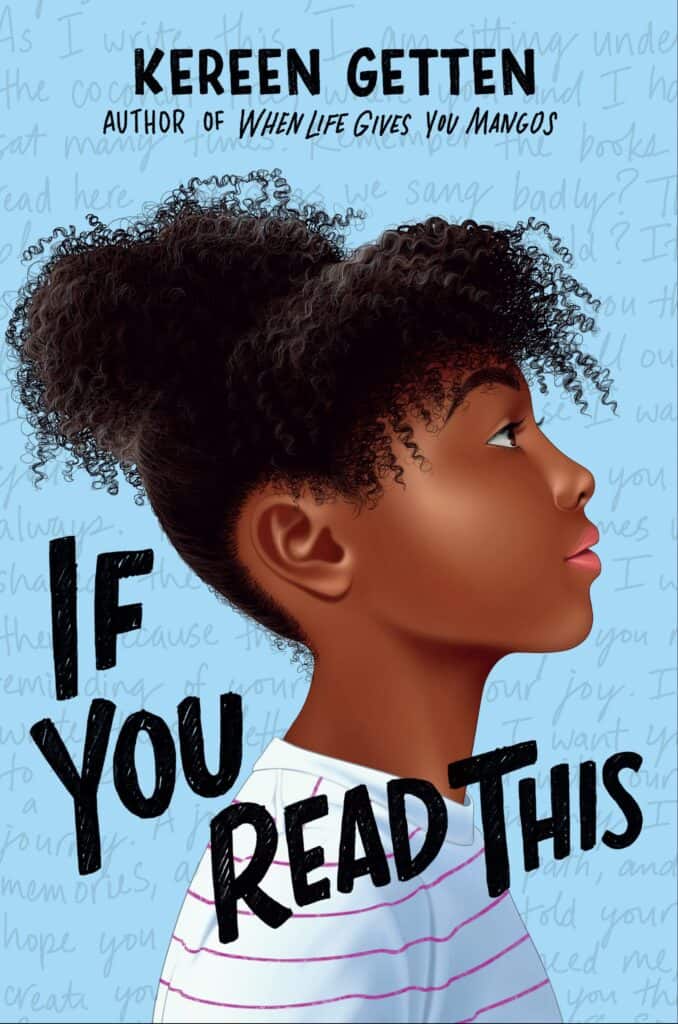 If You Read This by Kereen Getten
REALISTIC
When Brie turns twelve, she receives a special and surprising gift– letters from her beautiful, loud, and deceased mother that send her on a search for a secret door. The letters help her reconnect with her distant father and find comfort and solace in her grief. It’s a compelling, heartfelt novel of grief and healing. 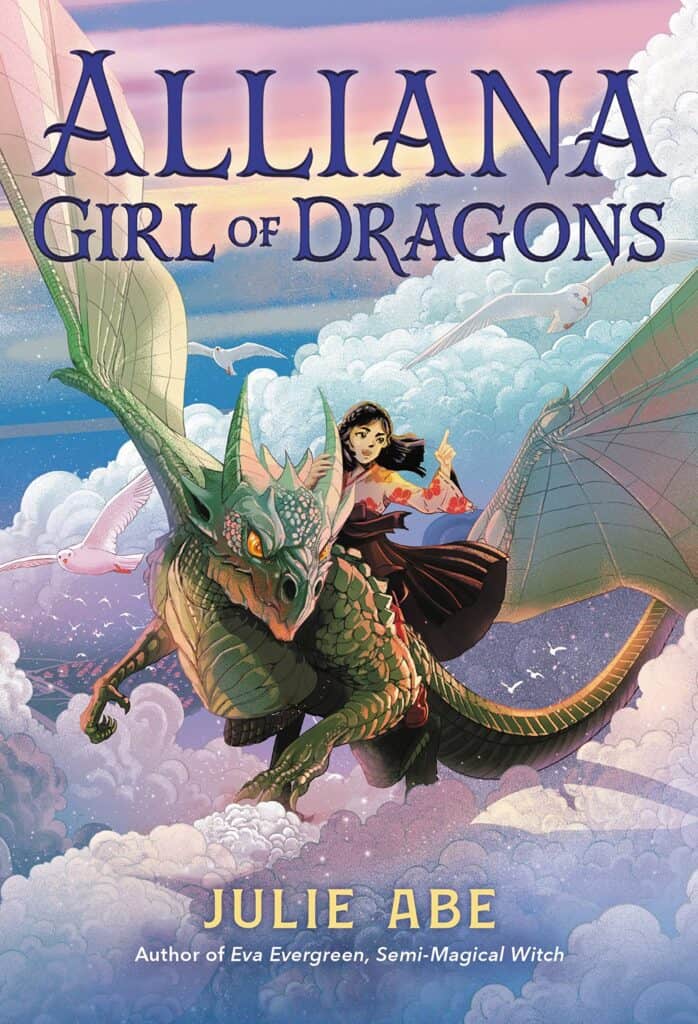 Alliana Girl of Dragons by Julie Abe
FANTASY
A retelling of the Japanese Cinderella, Alliana suffers daily mistreatment by her stepmother, but she doesn’t want to leave her sickly grandmother without a caring person, so she stays and endures the abuse. But when her grandmother dies, Alliana makes her own magic and destiny when she finds and befriends a baby dragon in the dreaded and dangerous abyss and helps a young witch. An enchanting story of a kind-hearted girl! 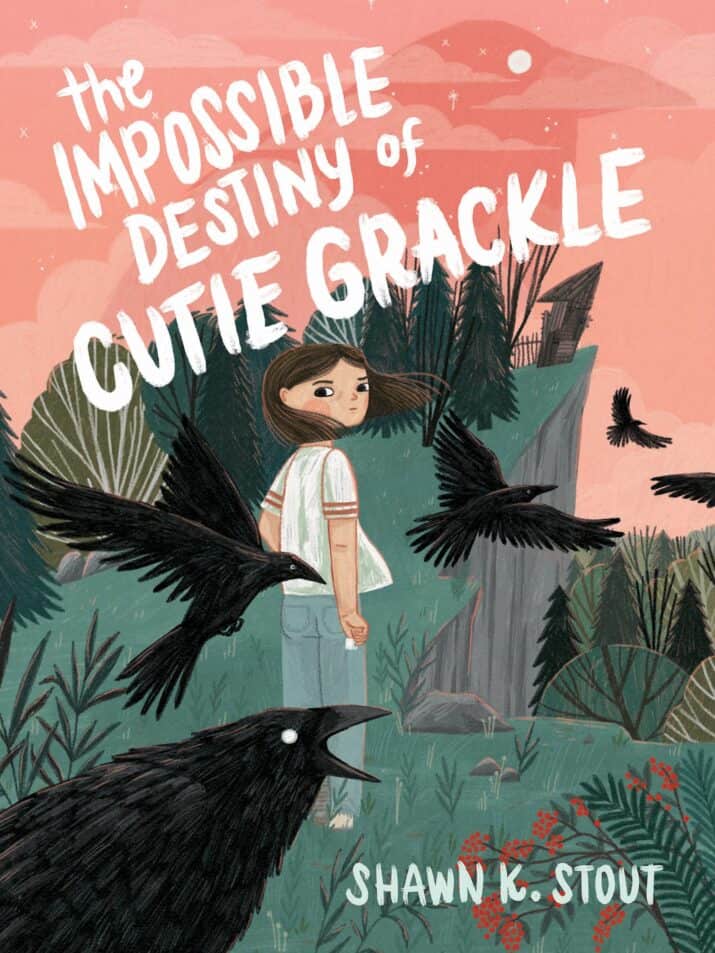 The Impossible Destiny of Cutie Grackle by Shawn K. Stout
MAGICAL REALISM
Cutie Grackle is a survivor who lives in the mountains with her troubled Uncle Horace. When a persistent one-eyed Raven arrives and brings Cutie memories from the past, she learns about the curse on her family. But it’s confusing and she needs to figure out the whole story.  She and a new friend find her mom’s map and begin to piece together what happened and how they might break the curse. It’s an excellent story of a lonely girl dealing with themes of family, heritage, poverty, and survival set in the Appalachian mountains. 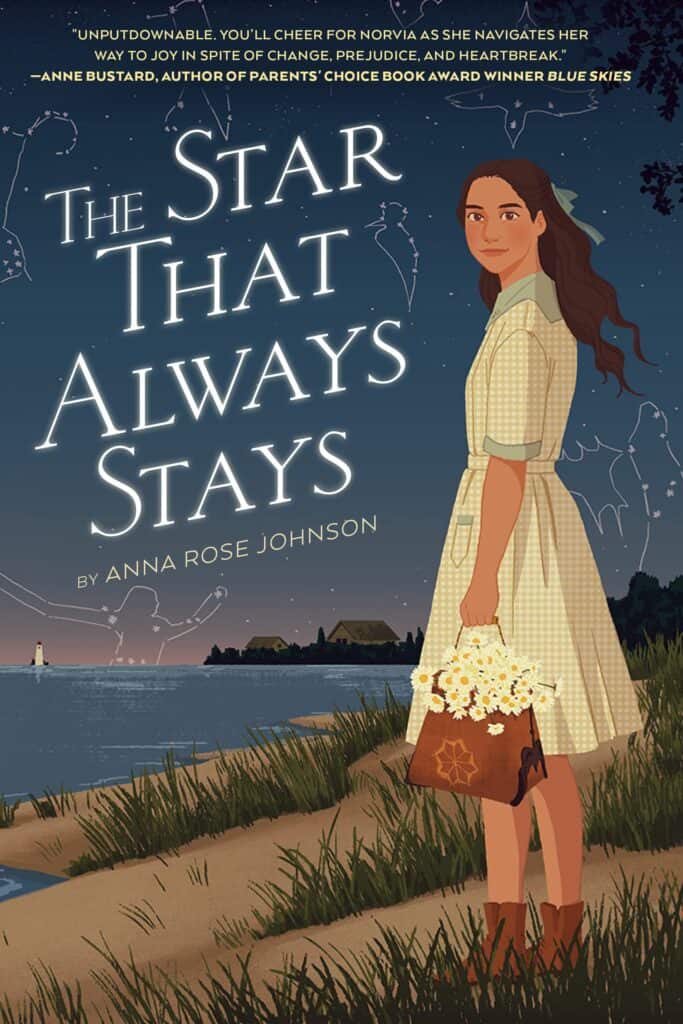 The Star that Always Stays by Anna Rose Johnson
HISTORICAL FICTION
This is a rich coming-of-age historical fiction story set around the first World War about an introspective girl dealing with racism, prejudice, and knowing herself. Norvia wants to be a heroine like in the books her stepfather, Uncle Virgil, gives her. But it’s a struggle when she’s experiencing other people’s disdain for her family because of her divorced mother and when she’s hiding that she’s half Ojibwe. Her Uncle Virgil helps Norvia see that changes always happen and she can decide how to respond to those changes. The characters hold Christian beliefs and share Bible verses to encourage each other. Her blended, loving family helps Norvia embrace her full self and live honestly with courage as a Native girl with big dreams. 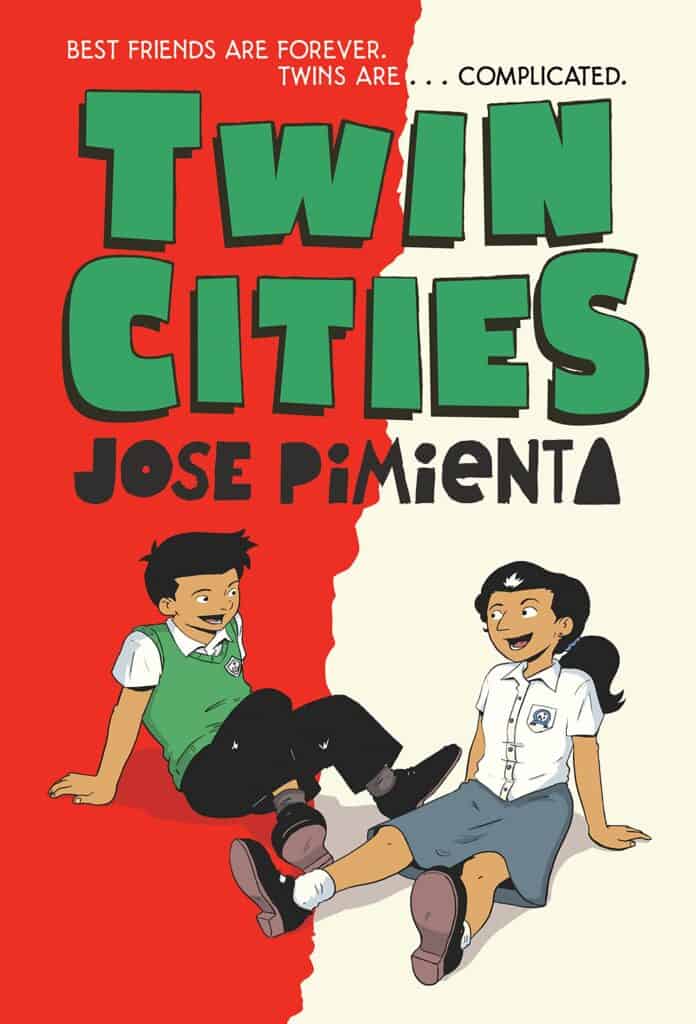 Twin Cities by Jose Pimienta (GRAPHIC NOVEL)
REALISTIC
Twins who live on the Mexico-US border make two different choices in middle school, separating for the first time. Fernando stays in Mexicali, Mexico and Teresa crosses the border every day to go to school in Calexico, United States. Their choices lead them down different paths with Fernando finding a friend who is a bad influence with prejudices and a drug business and Teresa commuting for hours and spending more hours doing homework. The story is interesting with appealing brightly colored artwork. 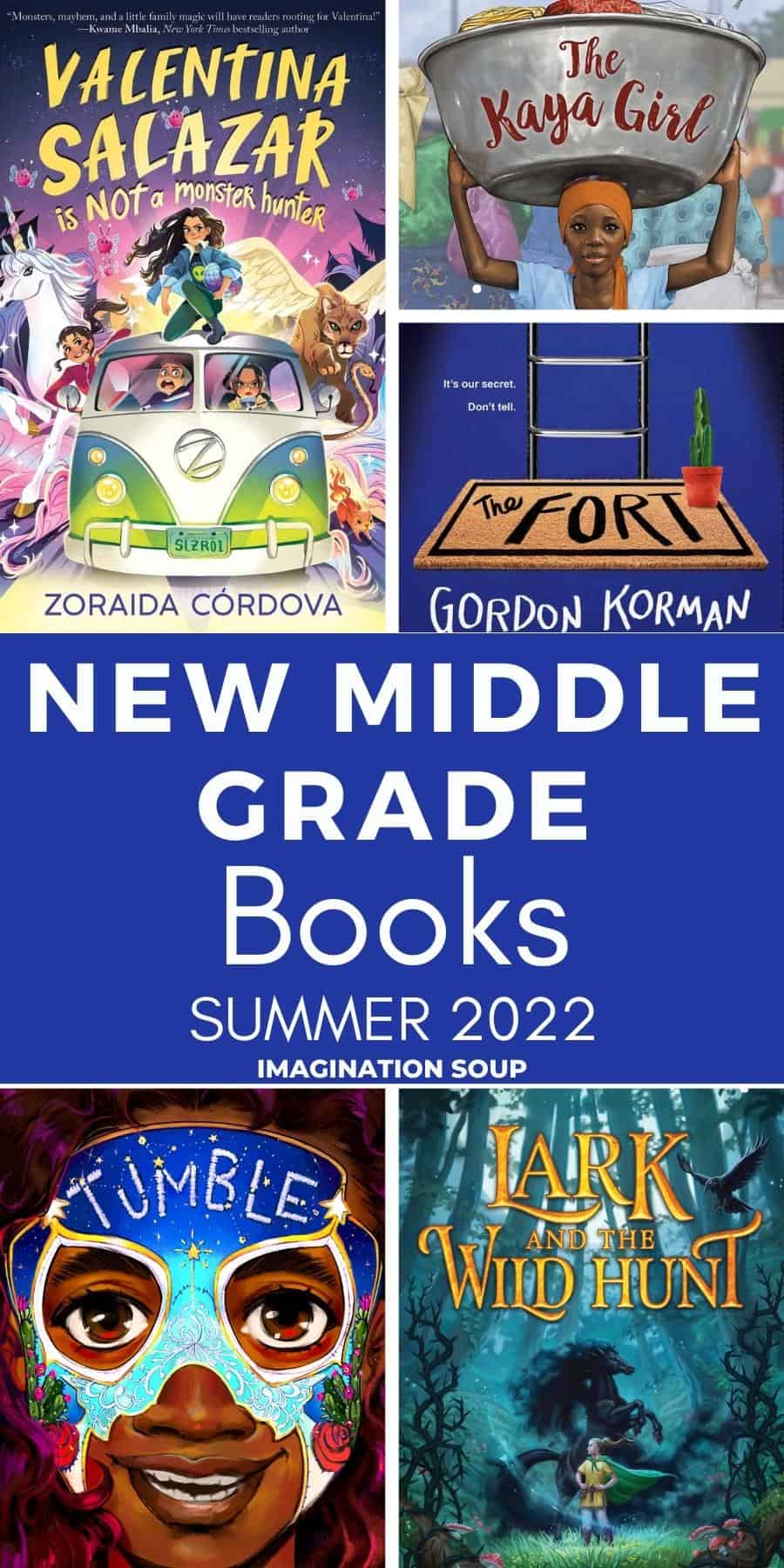 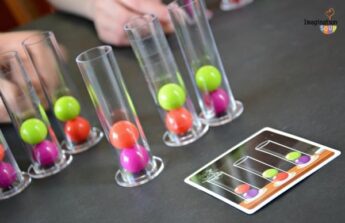 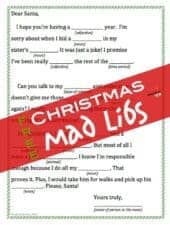