Kids want to make friends — but how? It’s not always easy but there are some specific strategies they can use like being friendly that can help. These picture books about making friends model ideas of what might work for friendship-making and what might not work. 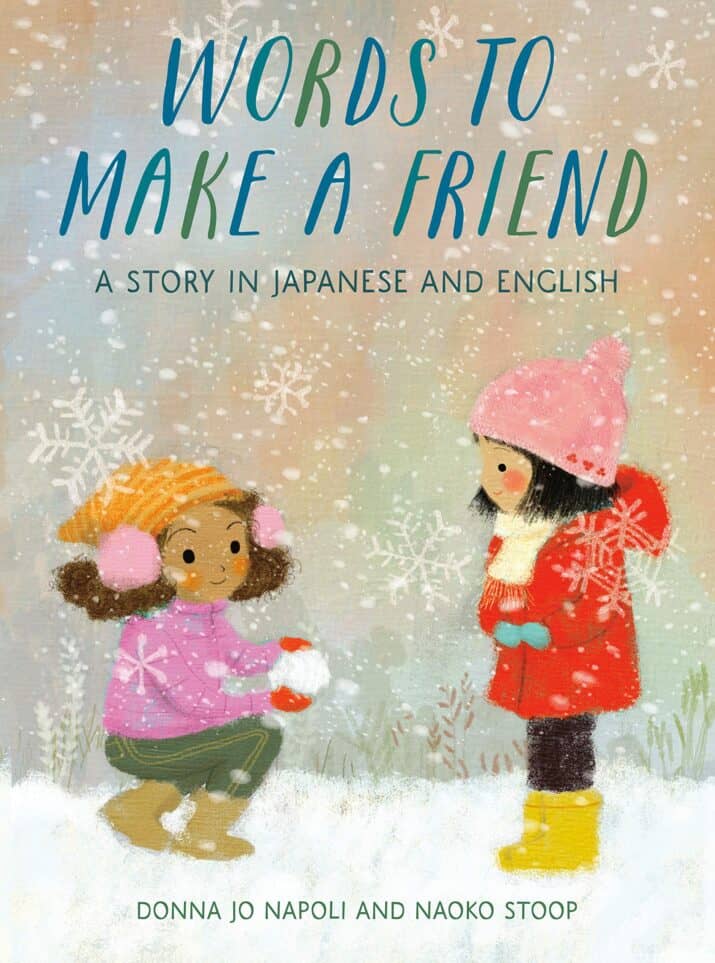 Words to Make a Friend: A Story in Japanese and English by Donna Jo Napoli and Naoko Stoop
Two girls meet in the wintery snow. They play together, trading words in their respective languages like “Let’s play!” / “Asobou“, and build bridges of friendship while making a snow Godzilla together. It’s a sweet example of how friendship can cross language barriers with play. 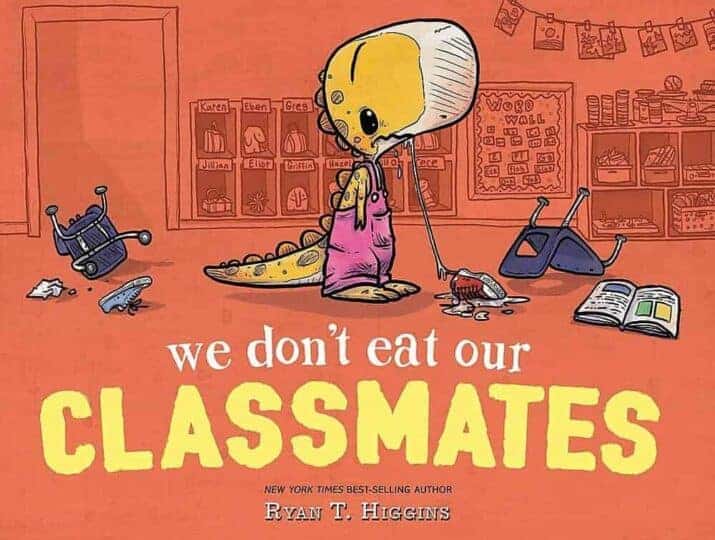 We Don’t Eat Our Classmates by Ryan T. Higgins
After a rough first day at school where Penelope EATS her classmates (whom she spits out later) and doesn’t make any friends, Penelope’s dad explains that “children are the same as us on the inside. Just tastier.” But the next day, Penelope eats her classmates AGAIN. She just can’t stop herself! However, when the class goldfish chomps on Penelope’s finger and it HURTS, she realizes that it’s no fun to be someone else’s snack. Then, even when her classmates look delicious, Penelope tries to remember what it felt like to get chomped on…and resists eating them. And she finally makes friends at school. 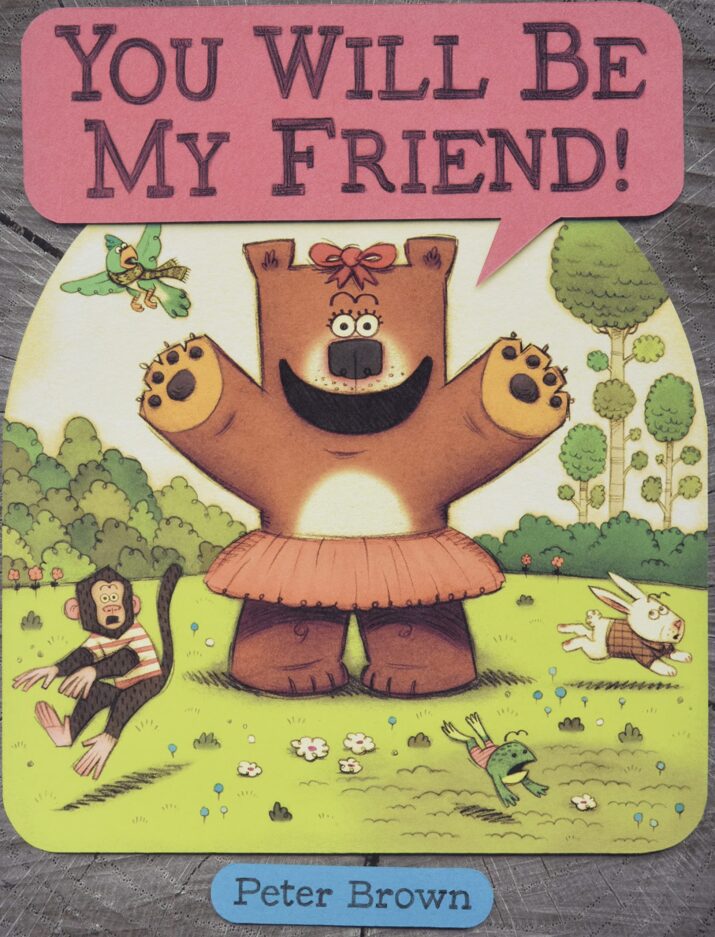 You Will Be My Friend by Peter Brown
I love how hilarious this book is! Really seriously funny. Lucy is very enthusiastic about making friends with ANY forest critter. Her good intentions go awry and soon Lucy is yelling at animals — “Come back here and have fun with me” and “You WILL be my friend.” Which turns out to not be a great way to make friends. Will Lucy ever make a friend? 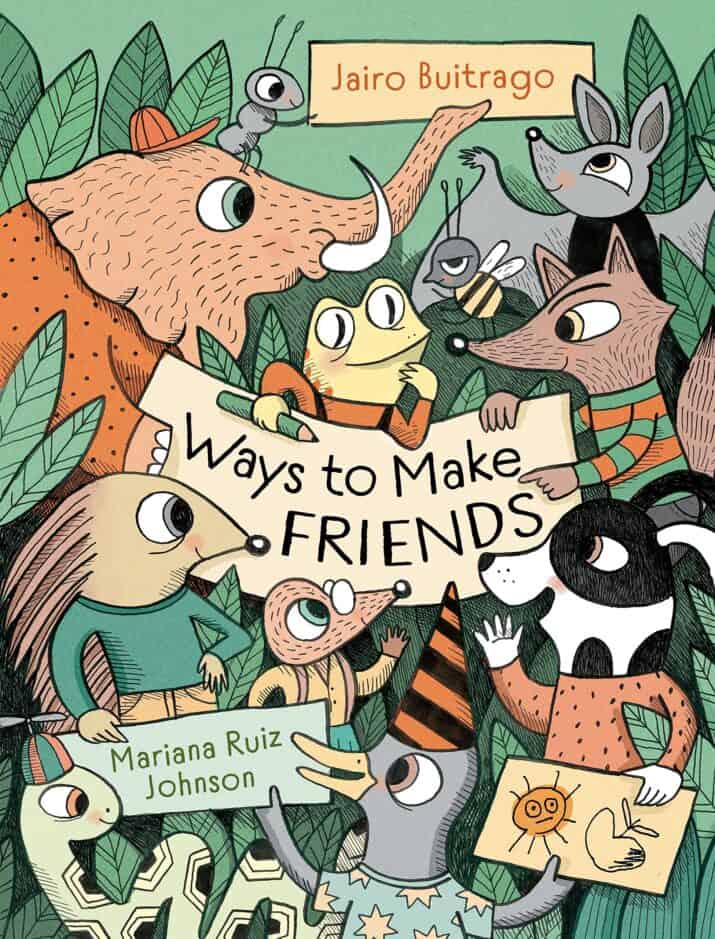 Ways to Make Friends by Jairo Buitrago, illustrated by Mariana Ruiz Johnson
Sweet and funny with both helpful and mostly helpful, quirky advice, the book’s gentle message is kindness toward others as well as learning how to be your own best friend, too. “Say hi to the shy kid who never says hi to anyone. After you’ve said hi at least forty times, he might even say hi back, exactly like an old friend.” I totally adore this book! 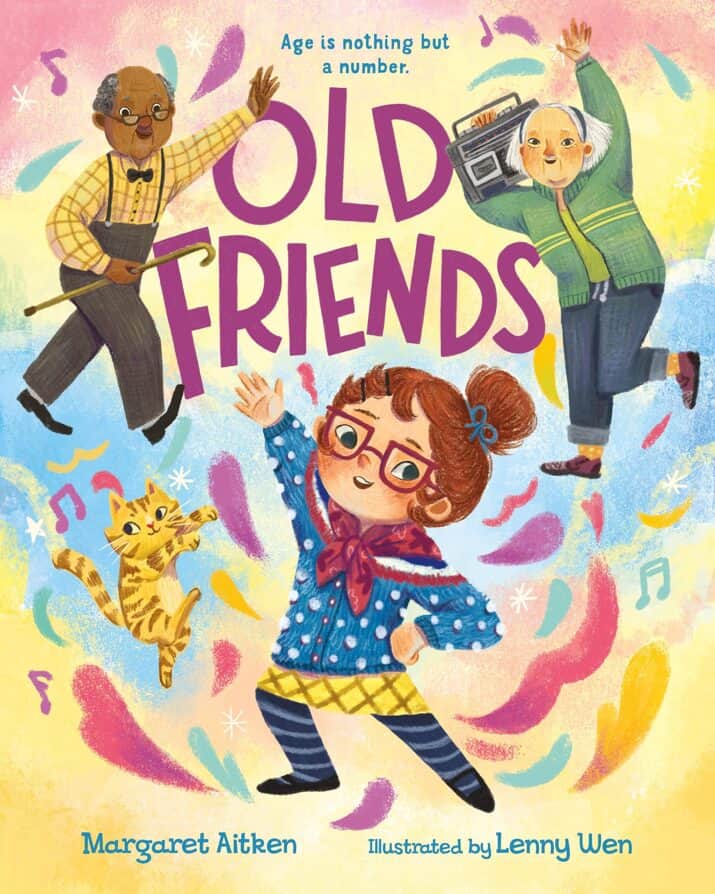 Old Friends by Margaret Aitken, illustrated by Lenny Wen
Marjorie misses her Granny and their shared interests. The kids in her neighborhood were great but didn’t love plants and knitting like Marjorie…and Granny did. So Marjorie sneaks into the Senior Center in disguise and finds lots of new friends! But when her disguise falls off, what will happen? I loved Marjorie’s problem-solving and the relatable topic of finding friends with shared interests (of all ages.) This is great read-aloud choice for schools and homes. 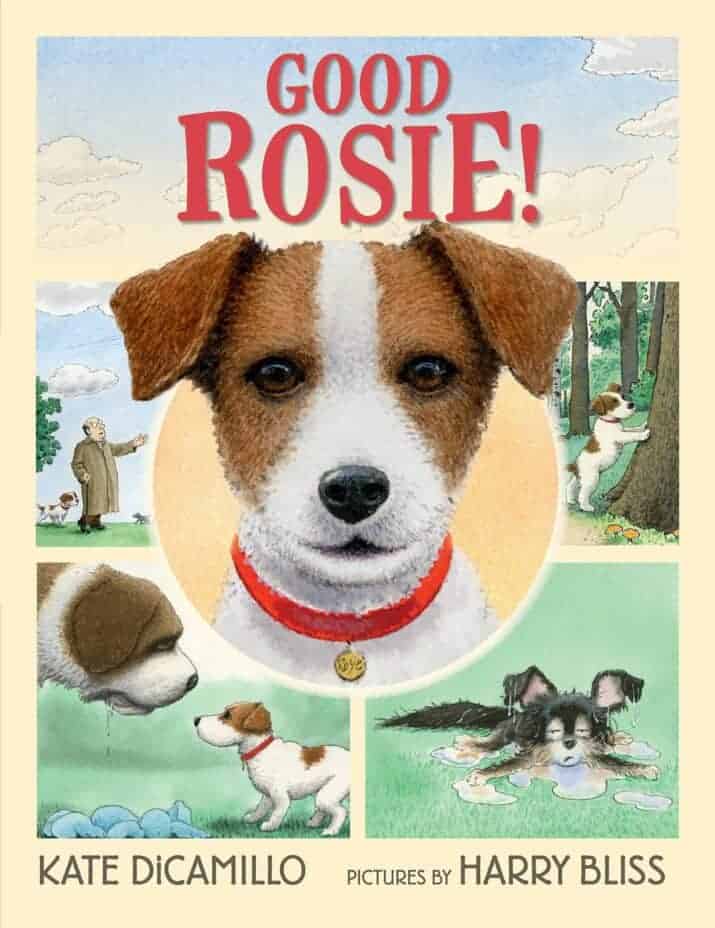 Good Rosie! by Kate DiCamillo, illustrated by Harry Bliss
Award-winning author Kate DiCamillo shares the story of a lonely dog named Rosie whose owner is worried about her so he takes her to a dog park. At first, the dogs she meets overwhelm Rosie– Maurice is big, growly, and scary and Fifi is hyper, bouncy, and talkative. It takes some to get used to each other and to compromise (no eating Fifi, Maurice!) but the three dogs eventually become good friends. I like the realistic portrayal of how friendships can be tricky and take some figuring out. 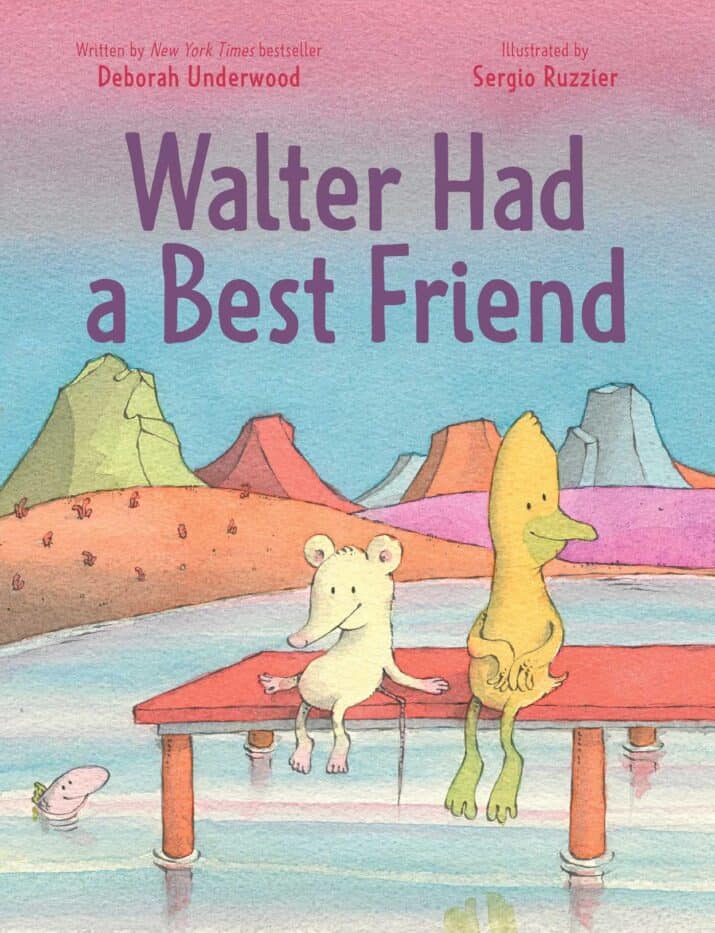 Walter Had a Best Friend by Deborah Underwood, illustrated by Sergio Ruzzier
Walter had a best friend named Xavier. Until he didn’t. Which made Walter’s world change, and he stops doing the things he used to do with his friend. Until he decides to do something he likes again, to take a hike by himself. He tries a new trail and meets a badger named Ollie. Losing a friend is very relatable, and it’s hopeful to see how sometimes you can find a new friend by doing something you enjoy. Perfectly, beautifully written. 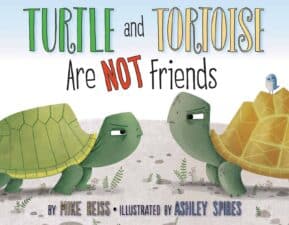 Turtle and Tortoise Are Not Friends by Mike Reiss, illustrated by Ashley Spires
The tortoise and turtle hatch and agree that they can’t be friends because they’re different even though they’re in the same pen and they each have interesting adventures. Their so-called action is hilarious because it’s so slow-moving. Like when they both try to get the ball that a kid tossed into the pen and it takes SEVEN YEARS to reach it. Eventually, these stubborn creatures learn that both are in the turtle family…and six years later they decide to be friends. 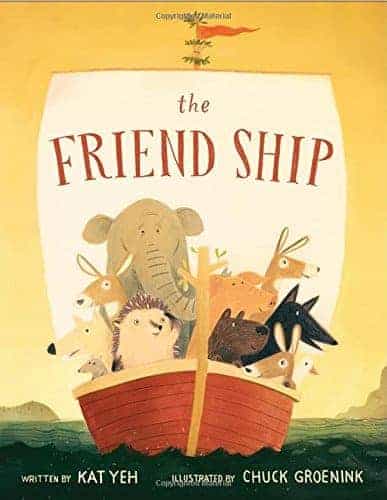 The Friend Ship by Kat Yeh, illustrated by Chuck Groenink
Hedgehog misunderstands when she overhears that searching for Friendship might help her be less lonely. She thinks Friendship is an actual ship and starts to look for it. Along her journey, she meets people who also want a friend. They join her search. Soon, the group of new friends realizes they are sailing an actual Friend Ship. This clever play on words makes for a heartwarming story of truth — that sometimes friends are right in front of us. 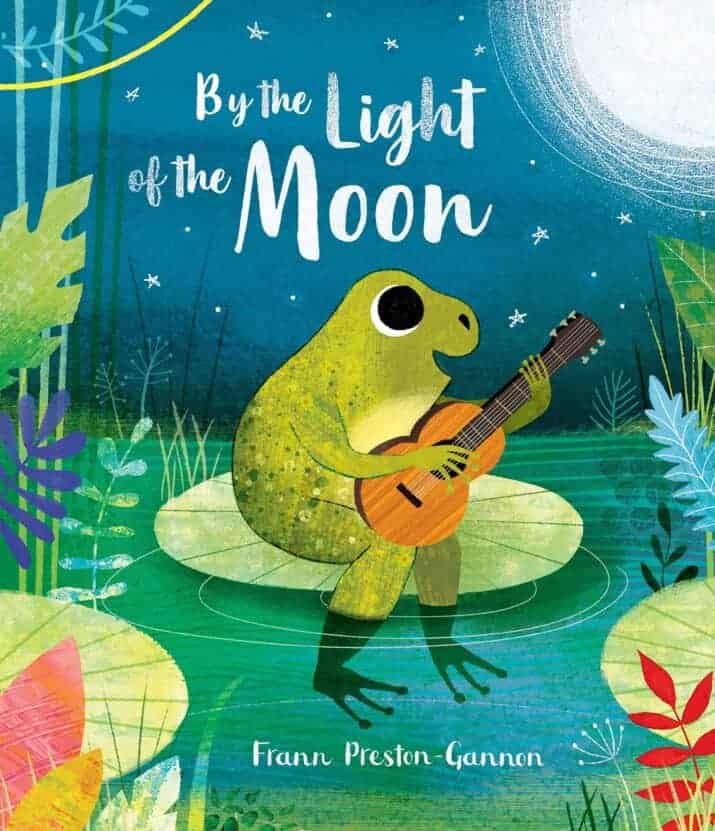 By the Light of the Moon by Frann Preston-Gannon
I love both the rhyme and repetition of this story about a lonely frog who finds swamp friends to sing with her. When they all sing together, it’s a beautiful celebration of the swamp. 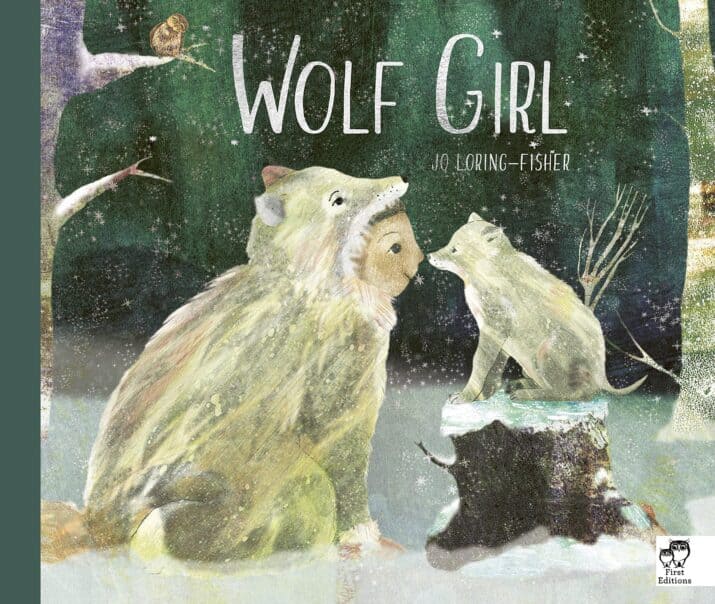 Wolf Girl by Jo Loring-Fisher
Sophy feels most comfortable in her den, wearing her wolf costume. One day when she’s sad after the other kids at school make fun of her, she meets a real wolf and cub who help her learn to be brave like a wolf and kind to a loud bear. Fortified with new friends, Sophy returns to the real world and school where she remembers the feeling of bravery and kindness and makes human friends, too. 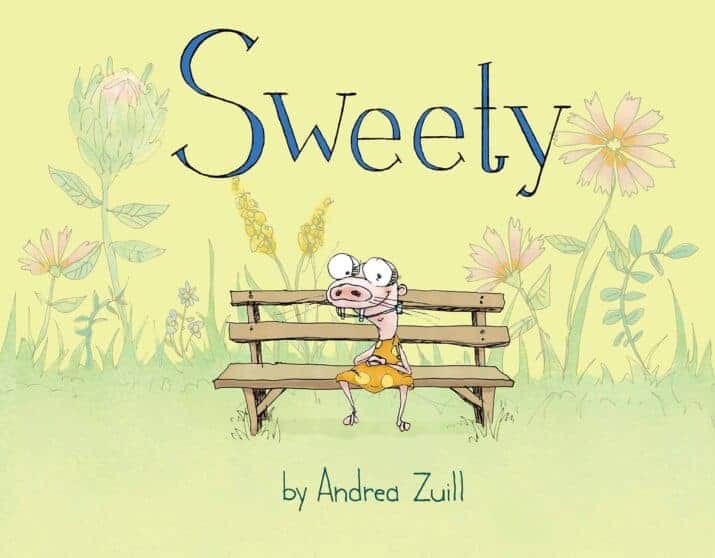 Sweety by Andrea Zuill
Sweety is a one-of-a-kind naked mole rat but her classmates don’t really “get” her. But Sweety’s Aunt Ruth doesn’t think Sweety or her hobbies are weird.“Sweety wonders if there is a secret handshake so she could tell who her people are. But for now, she just is who she is with no friends. Because being Sweety is awesome and you never know when someone else who is awesome might come along, too! Like Sandy who seems to be just as weirdly cool as Sweety. YAY!! This is a luminous celebration of being completely true to yourself and finding a friend who likes you as you are. 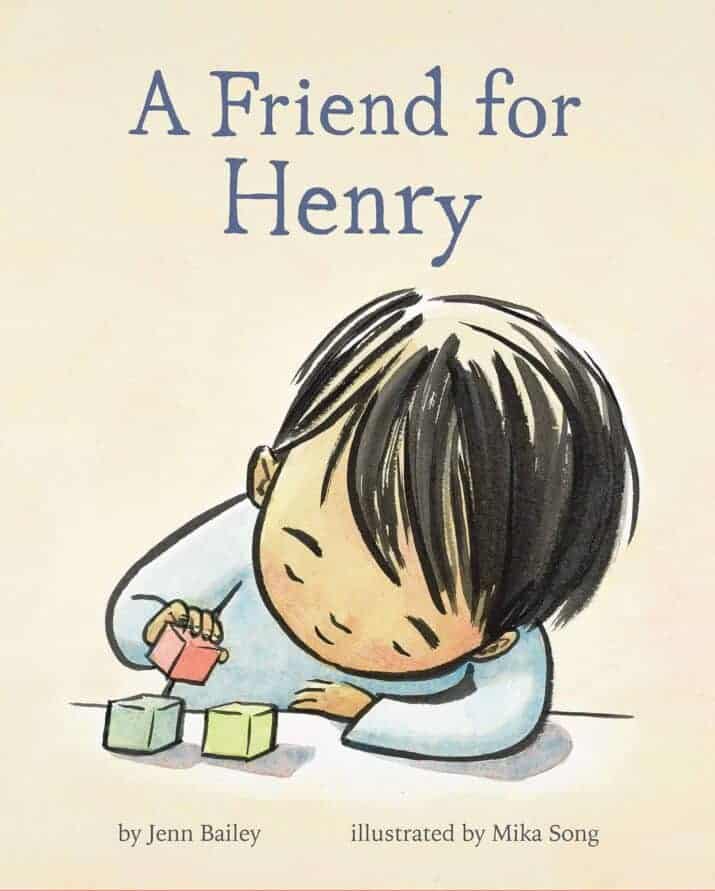 A Friend for Henry by Jenn Bailey, illustrated by Mika Song
You will fall in love with this gentle snapshot about making friends when social interactions don’t come easily. Henry hopes that he will find a friend in Classroom Six. The precise text reflects Henry’s literal viewpoint, the kids around him, and his confusion at their reactions. “Katie smelled like strawberry milk. She read storybooks all by herself. She slid down the Big Slide.” For example, Henry paints Vivianne’s shoes rainbow colors because she likes rainbows. He thinks she should have said thank you instead of getting mad. Later in the day after more friendship misunderstandings, Henry meets another child who is also looking at the fish. “Want to play blocks?” he asks, Katie. “Sure.” And Henry makes a friend! This is a sweet, heartfelt story that will help kids see other people’s perspectives. 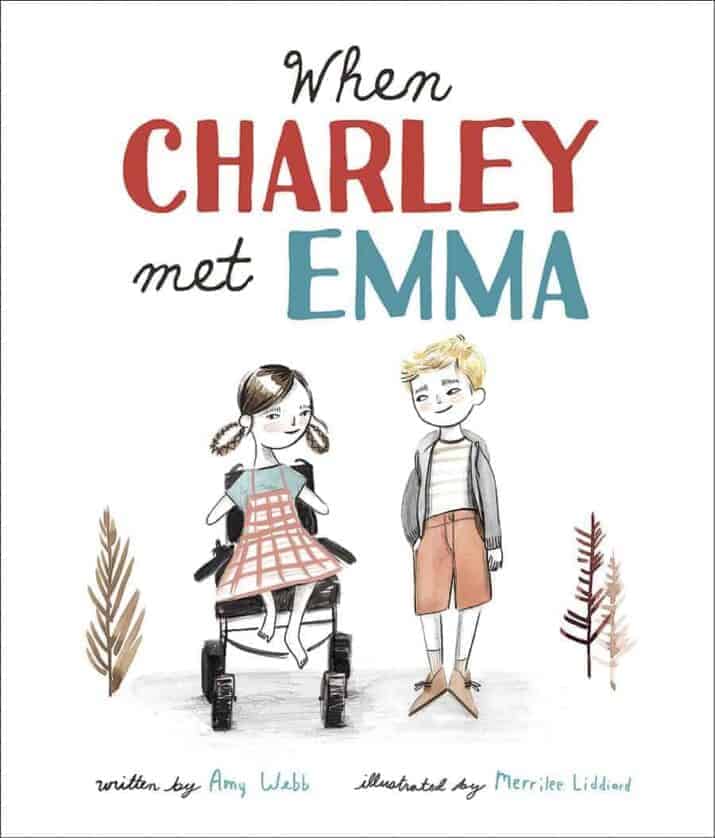 When Charley Met Emma by Amy Webb, illustrated by Merrilee Liddiard
When Charley feels different, his mom teaches him that “Different isn’t weird, sad, bad, or strange. Different is different. And different is OK!” He sees a girl at the park who doesn’t have hands and loudly asks his mom, “Why does she look so weird, mommy?” which the little girl named Emma hears and it makes her feel sad. His mom suggests that he introduce himself to Emma because everyone wants friends. Charley apologizes and asks Emma questions. Emma helps Charley know that even though she’s a little “differenter” than he is, she’s a lot the same, too. 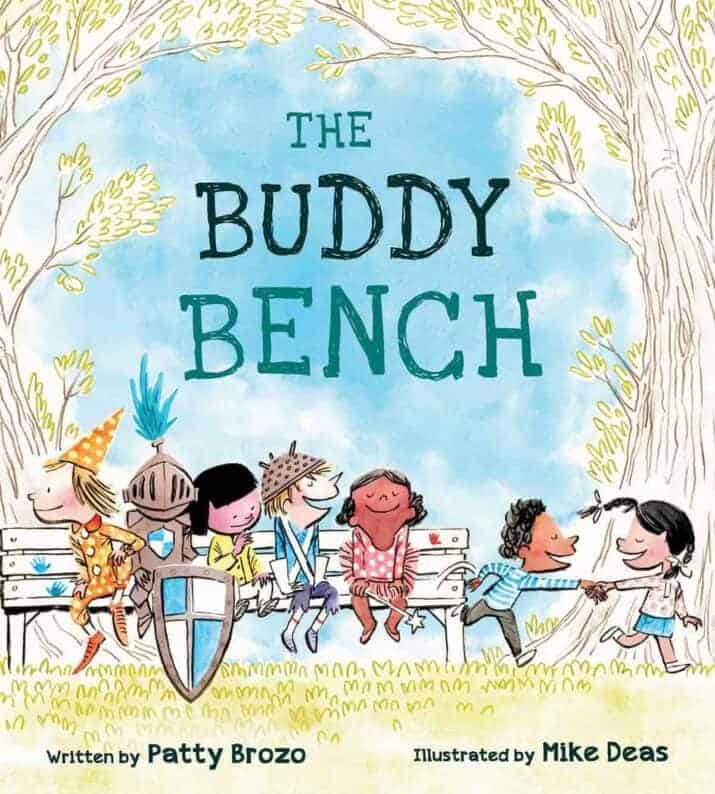 The Buddy Bench by Patty Brozo, illustrated by Mike Deas
At recess, some students in Miss Mellon’s class don’t have anyone to play with. Soon, other kids notice and invite those lonely kids to play with them. After recess, the class wonders if there’s a better way. That’s when Miss Bellon suggests a Buddy Bench where anyone can go to wait for a friend to play with. Read this with your class and see if they can come up with their own ideas for a Buddy Bench — then actually use it. (My kids have told me that teachers often sat and talked on the Buddy Bench meant for kids at their old school.) 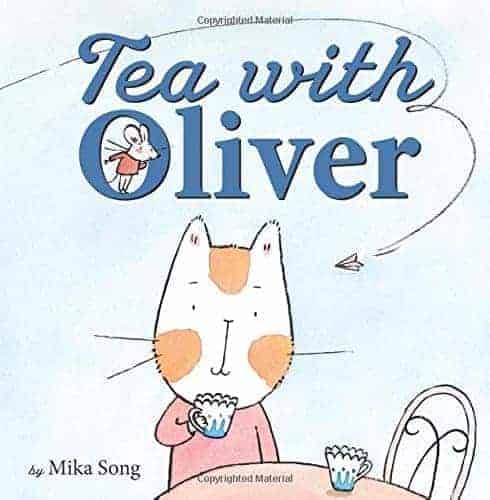 Tea with Oliver by Mika Song
Oliver is a large cat who wants to have tea with someone. Philbert, a small mouse under Oliver’s couch, wishes it could be him but he’s too shy to speak up. He tries delivering a letter with disastrous results. Until finally, he speaks up and the two new friends have tea. A sweet story that will encourage kids to be persistent when making new friendships. 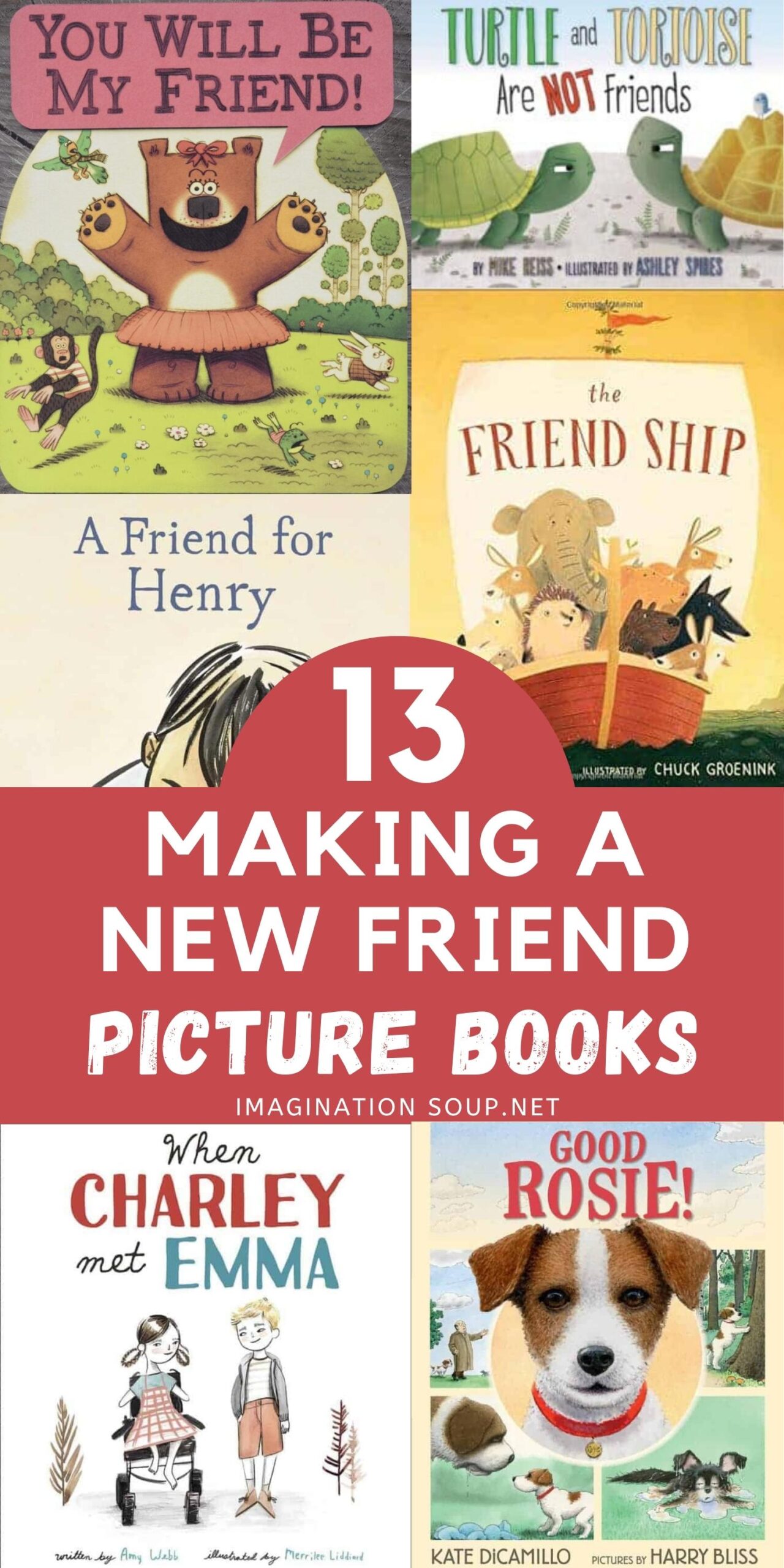 (Even More) Must Read Picture Books from 2017