March middle-grade books overloaded my bookshelves but so far, I’ve only found these ten that stood out. HOWEVER, I haven’t read all the books published in March — and have at least 6 more that look amazing. If those are good, you’ll see those on next month’s list.

See what books stand out to you to give to the readers in your life. If you only buy one book, buy Cress Watercress. It’s the heartwarming book we need in our lives right now. 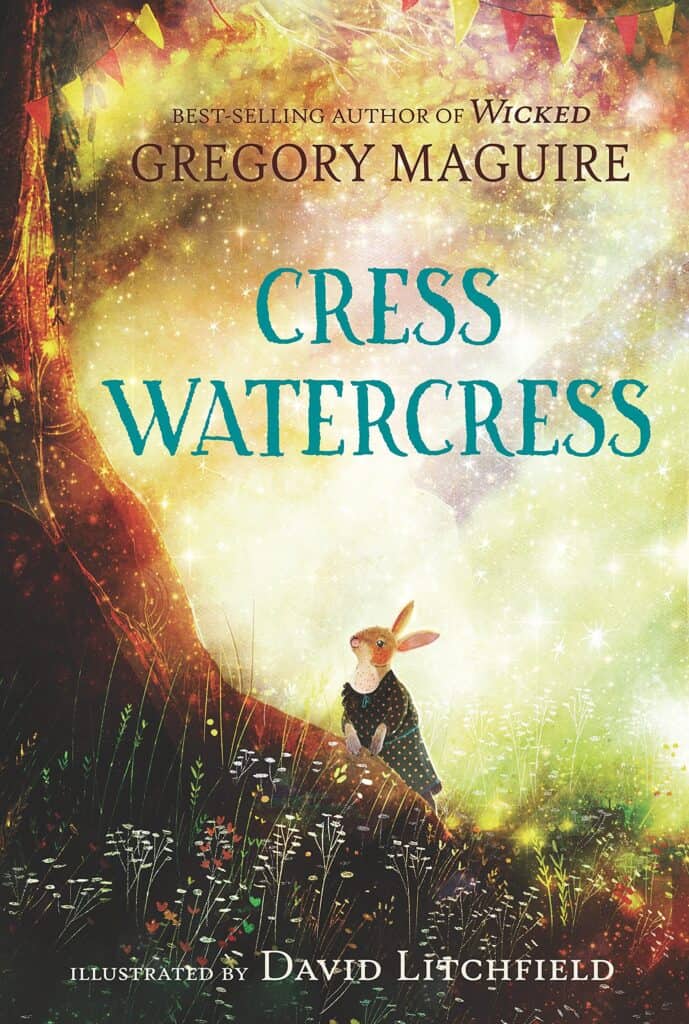 ANIMAL FICTION
With delicious figurative language and deliberate word choice, this is a stunningly beautiful story about family, community, grief, and stories which begs to be read aloud. Cress and her family leave their cozy burrow after the death of her father. They move to the Broken Arms oak tree ruled by a cranky Owl with a noisy neighbor squirrel family. Cress helps her mom collect moths to pay their rent, leaving her mom time to work and to help gather ingredients for her sickly brother’s special tea. In a beautiful character arc, Cress navigates her new environment, the natural world, and the stories around her, all of which help her understand her inner world, especially how grief waxes and wanes like the moon’s cycles. Filled with immensely lovable characters, a gentle storyline of adventure and discovery, and lavish illustrations, I adore everything about this book. In fact, it’s one of my favorite middle-grade books ever. 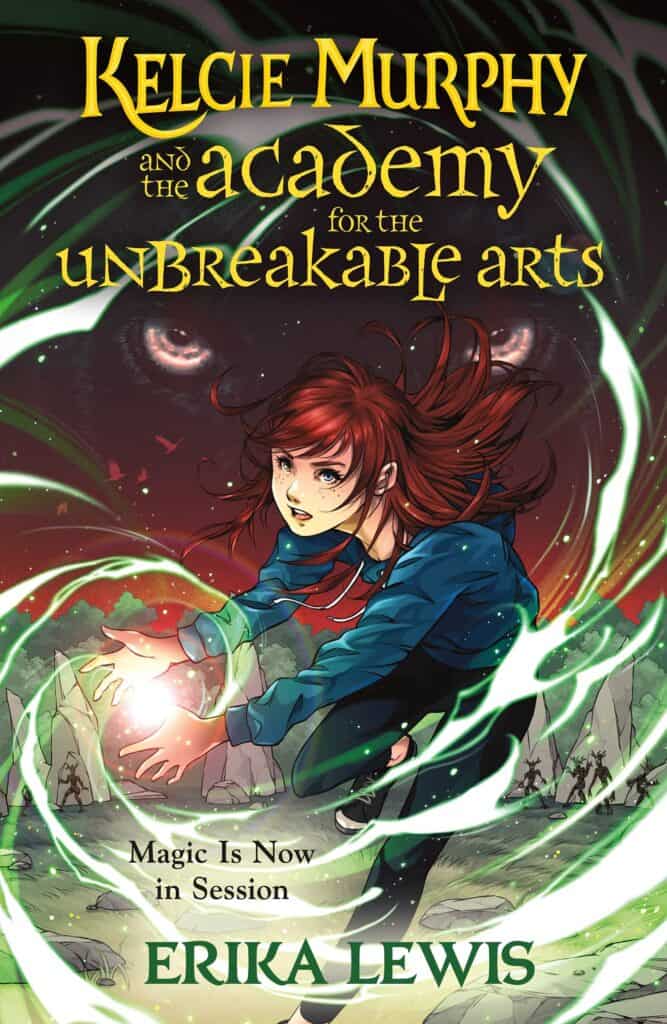 Kelcie Murphy and the Academy for the Unbreakable Arts by Erika Lewis
FANTASY
Fast-paced with an interesting premise, this middle-grade book with Celtic mythology is about a foster child with a dangerous magical power attending a magical school and searching for answers about her heritage. Kelcie is a foster kid who has been living in the human world. When she arrives at the Academy, she discovers that she’s a Saiga, a mistrusted elemental whose legacy includes a dangerous traitor. She makes friends who help her learn about her unique powers and together they fight the monsters who continue to attack the school, seemingly looking for Kelcie. This first book packs a punch and sets us up for book two — which I can’t wait to read. I adore the elements of Celtic mythology and how the pacing zips along with action and intrigue. Highly recommended! 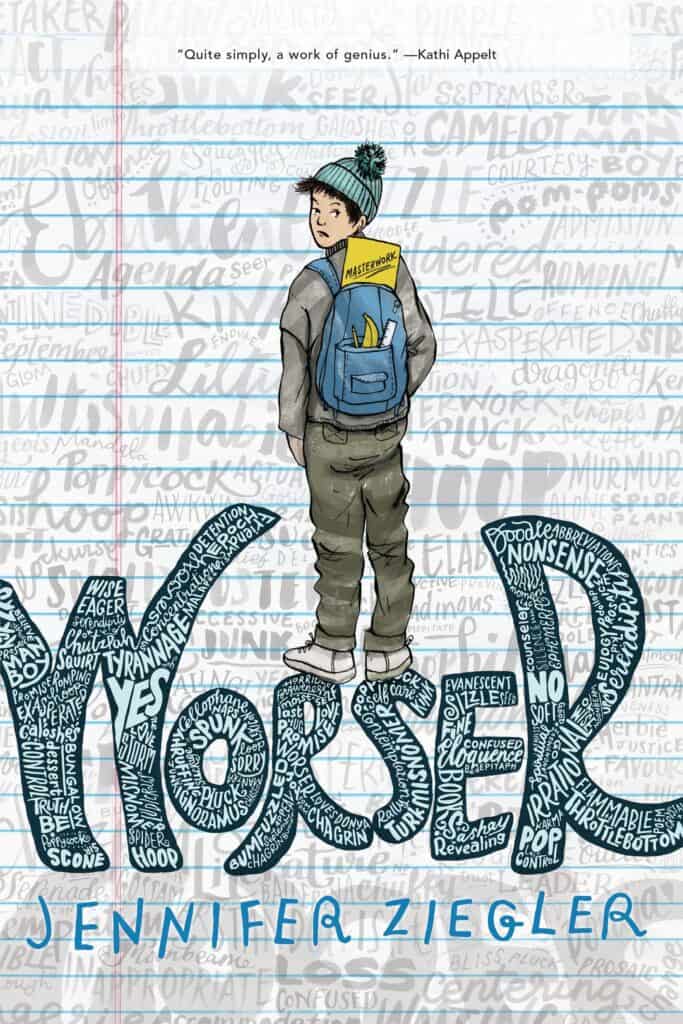 Worser by Jennifer Ziegler
REALISTIC
Worser is floundering after his mom’s stroke left her unable to talk and his exuberant artsy aunt is taking care of them. He still finds solace in words and grammar but it’s not the same without his mom. Worser invites the Literary Club, run by a girl he has a crush on, to meet at the used bookstore. Slowly, he begins to share his love of words with other word-loving kids. As he develops friendly connections with the other group members, he finds that he likes being part of something and having friends. Then, jealousy leads him to a terrible decision that changes everything –but maybe the lessons learned will be what he and others need. 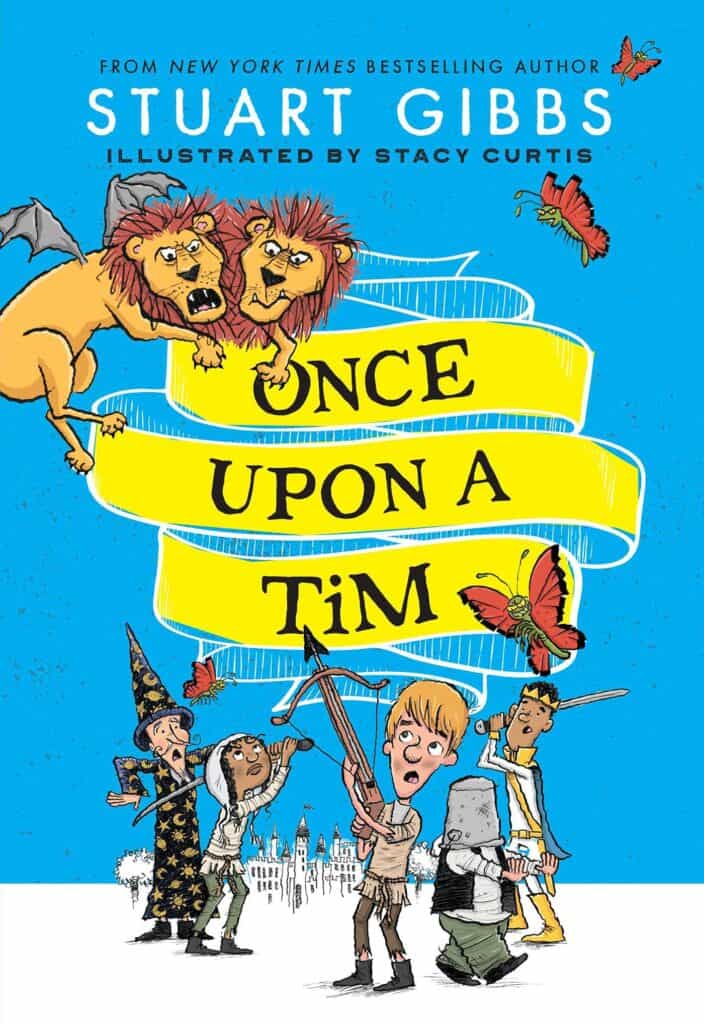 Once Upon a Tim by Stuart Gibbs
FANTASY / FUNNY
Hilarious, illustrated, and perfect for fantasy and adventure fans! Tim and his sister Belinda are peasants who hope to improve their lot in life so they sign up as knights for a not-very-brave prince and his so-called magician sidekick to find and rescue Princess Grace from a monster. Helpful foreshadowing, a strong narrative voice, and humor throughout aren’t all that this book brings to readers with helpful life lessons from Belinda about the patriarchy and great vocabulary words (which are helpfully indicated so your parents will know the IQ benefits). 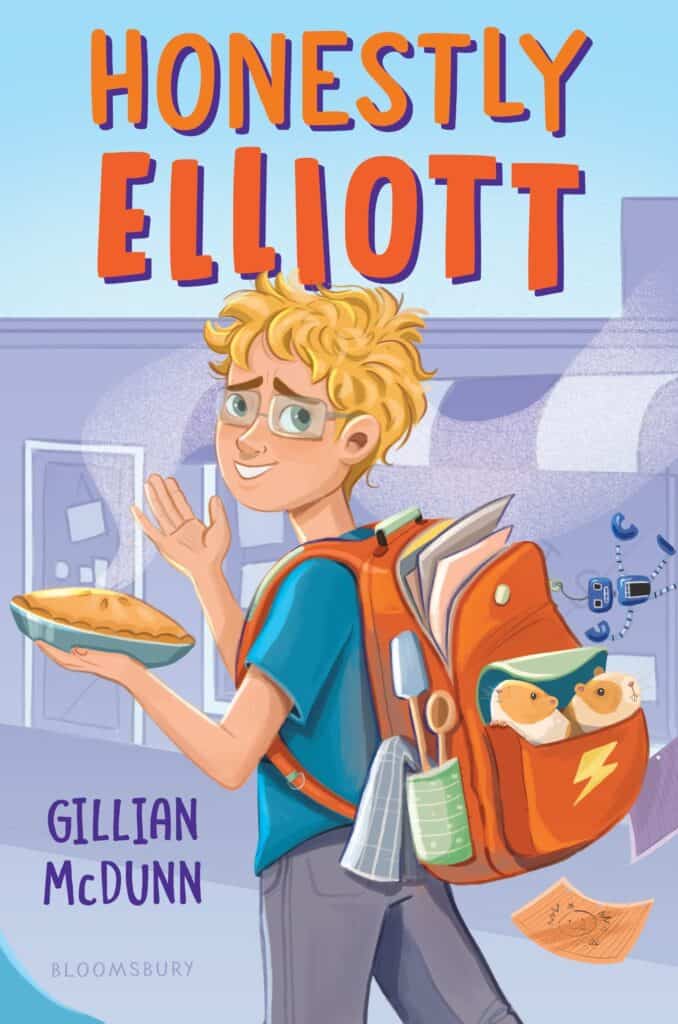 Honestly Elliott by Gillian McDunn
REALISTIC
Elliott’s shuttling between his dad and mom’s houses. He’s often overwhelmed with emotions, particularly anger and sadness since his parent’s divorce and his stepmom’s pregnancy, not to mention that his ADHD makes it hard to focus. Also, his dad’s constant criticisms aren’t helping either. (I really disliked the dad for most of this story.) Worst of all, his dad won’t let Elliot do his favorite thing– cook. For a buy-local school project, Elliot pairs up with a girl who has Celiac disease. Not only do they become good friends but Elliott’s rigid black-and-white thinking softens as he opens to different perspectives, including his new friend’s. I love how the author normalizes therapy, ADHD, and Celiac disease and gives the characters great arcs. (The dad comes around and Elliott grows into new ways of seeing the world.) 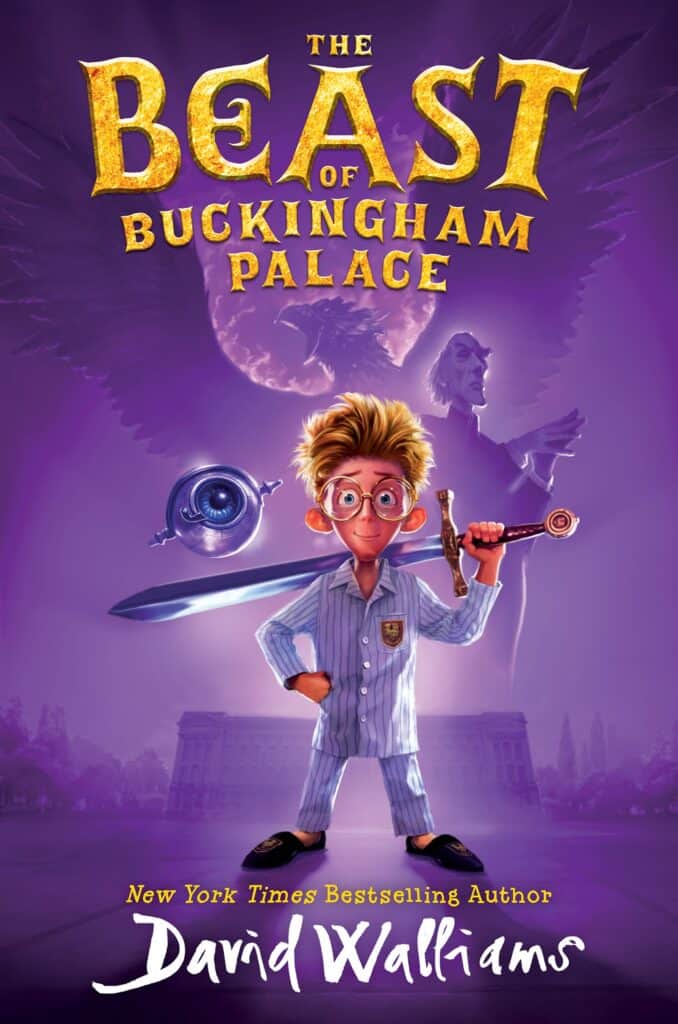 The Beast of Buckingham Palace by David Walliams
FANTASY
Already popular in the UK, now this exciting adventure is in the U.S. Sickly Prince Alfred beings to notice his father’s strange, distant behavior and connects it to the sinister actions of the Lord Protector who is ruling with cruelty in the King’s stead. After the Lord Protector throws the Queen in the Tower of London, the Prince spies the Lord Protector practicing a black magic circle to awake dangerous fantastical monsters. When Prince Alfred is caught, he’s also sent to the Tower of London. In order to save his father and protect the kingdom from the evil beasts, Prince Alfred escapes the Tower helped by a group of elderly women and a new commoner friend. Very entertaining! *Sensitive readers, this story includes violence. 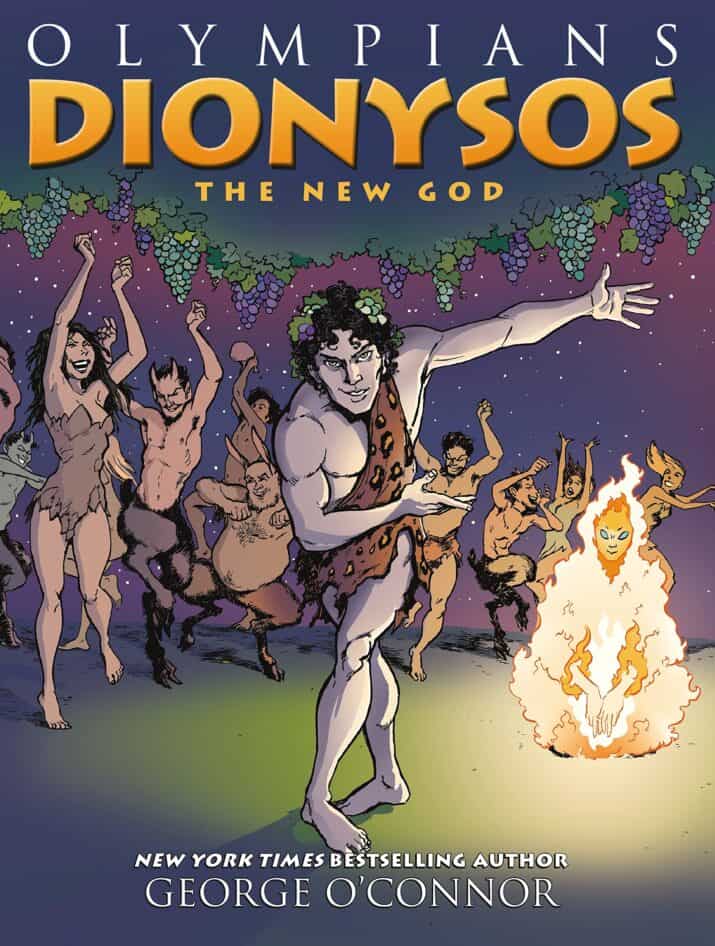 Dionysos: The New God by George O’Connor
MYTHOLOGY
Get ready for the last book in the popular Olympians series! This final graphic novel is about another (weird) Greek myth — the story of Dionysos who was born out of a thigh after a long, complicated result of another Zeus affair. He started out as a girl and then changed to a boy to hide from Hera. Eventually, through many wild adventures and finding devoted followers, Dionysos ascends to Mt. Olympus where he becomes one of the Gods. As usual, it’s excellent writing and illustration and teaches you all about this God of debauchery. 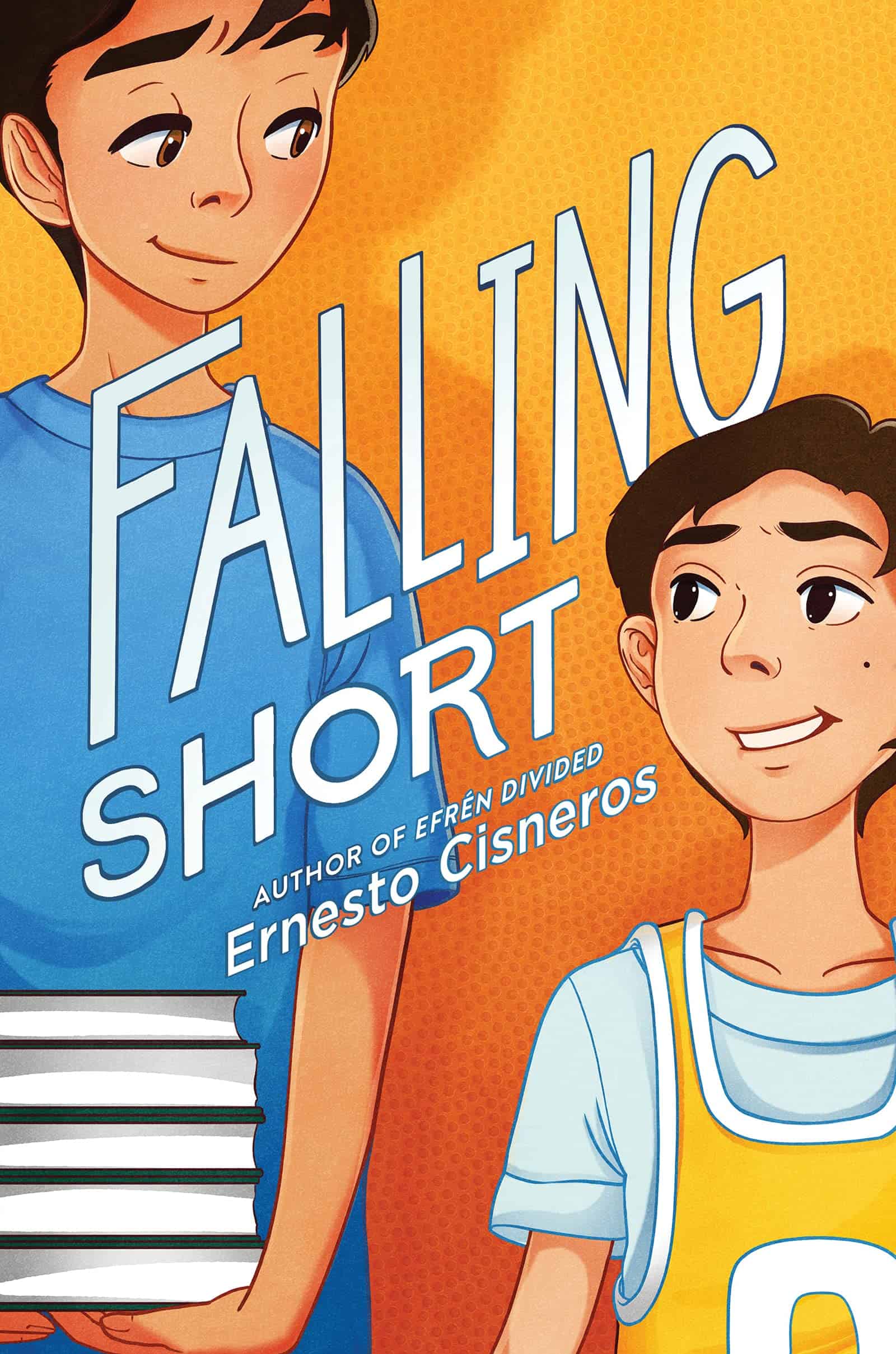 Falling Short by Ernesto Cisneros
REALISTIC
Neighbors and best friends, Marco and Issac, head to middle school where their differences — one is short and academic, the other is tall and sporty, don’t affect their loyalty to each other. They also have in common absent dads except at least Issac’s dad wants to be part of Issac’s life — if he’s not drinking. Issac’s new basketball friends mistakenly think Marco is as good as Issac at basketball and encourage Marco to try out for the team. Marco quickly watches videos and practices with Issac but he’s a terrible player who can’t dribble or shoot. In the end, a high-stakes basketball game and a bad car accident show these friends, and their teammates, that friendship matters most of all. 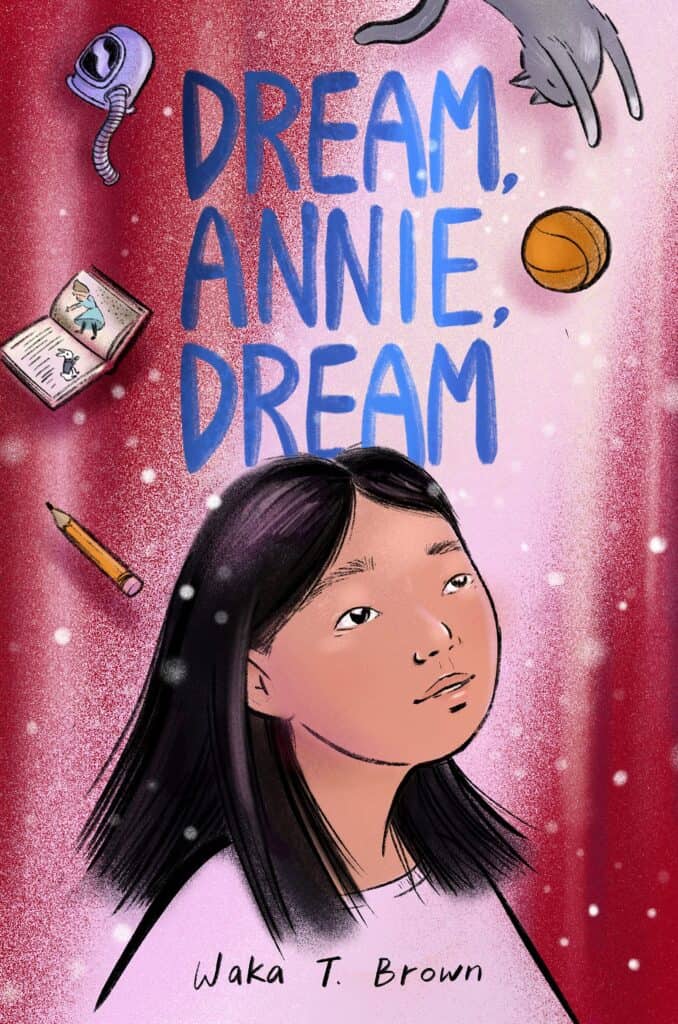 Dream, Annie, Dream by Waka T. Brown
REALISTIC
Annie is a Japanese American girl who loves theater and basketball. Due to racism and influential parents, she’s not cast in the role she deserves in the summer production and now the school play. Surprised by what’s happening, Annie begins to see the prejudice all around her that she’s never noticed. She almost gives up her dreams until a chance arrives to write a play of her own. 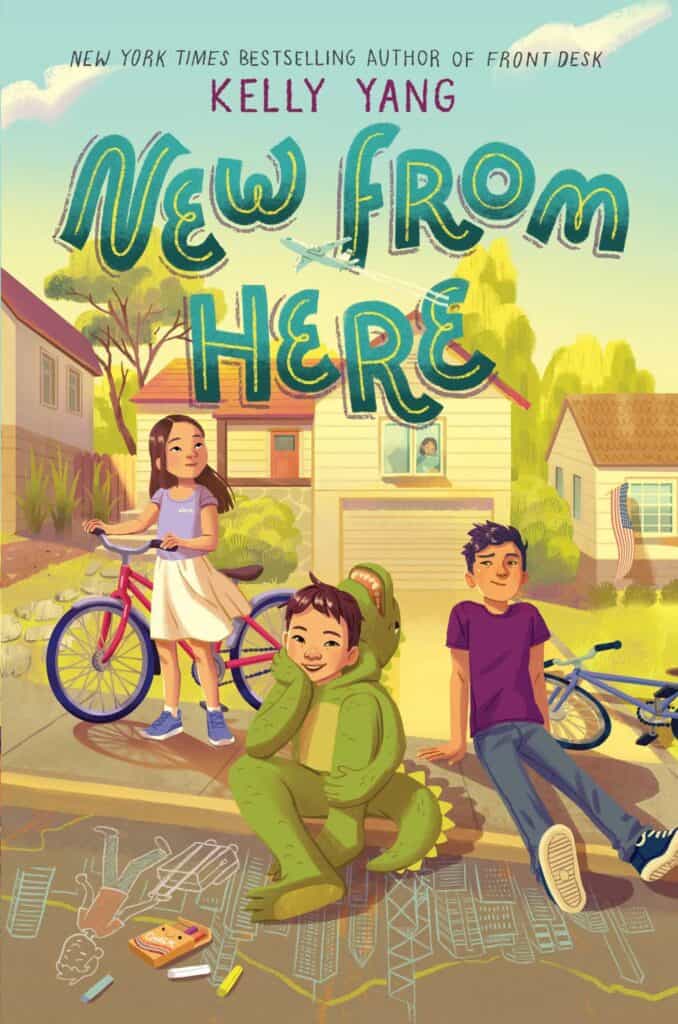 New From Here by Kelly Yang
When the coronavirus hits Asia, Knox’s mother brings him and his two siblings to California and safety, leaving his dad behind for his work in Hong Kong. In California, Knox struggles with ADHD and adjusting to a new school. He befriends another kid whose restaurant-owning parents are facing racism and declining customers. Money is tight after his mom loses her job, too. Good writing with a lot of dialogue that shows the sibling, parent, and other relationships, read this if you want a slice-of-life story about a close-knit family’s experience during the quarantine with Asian-directed racism. 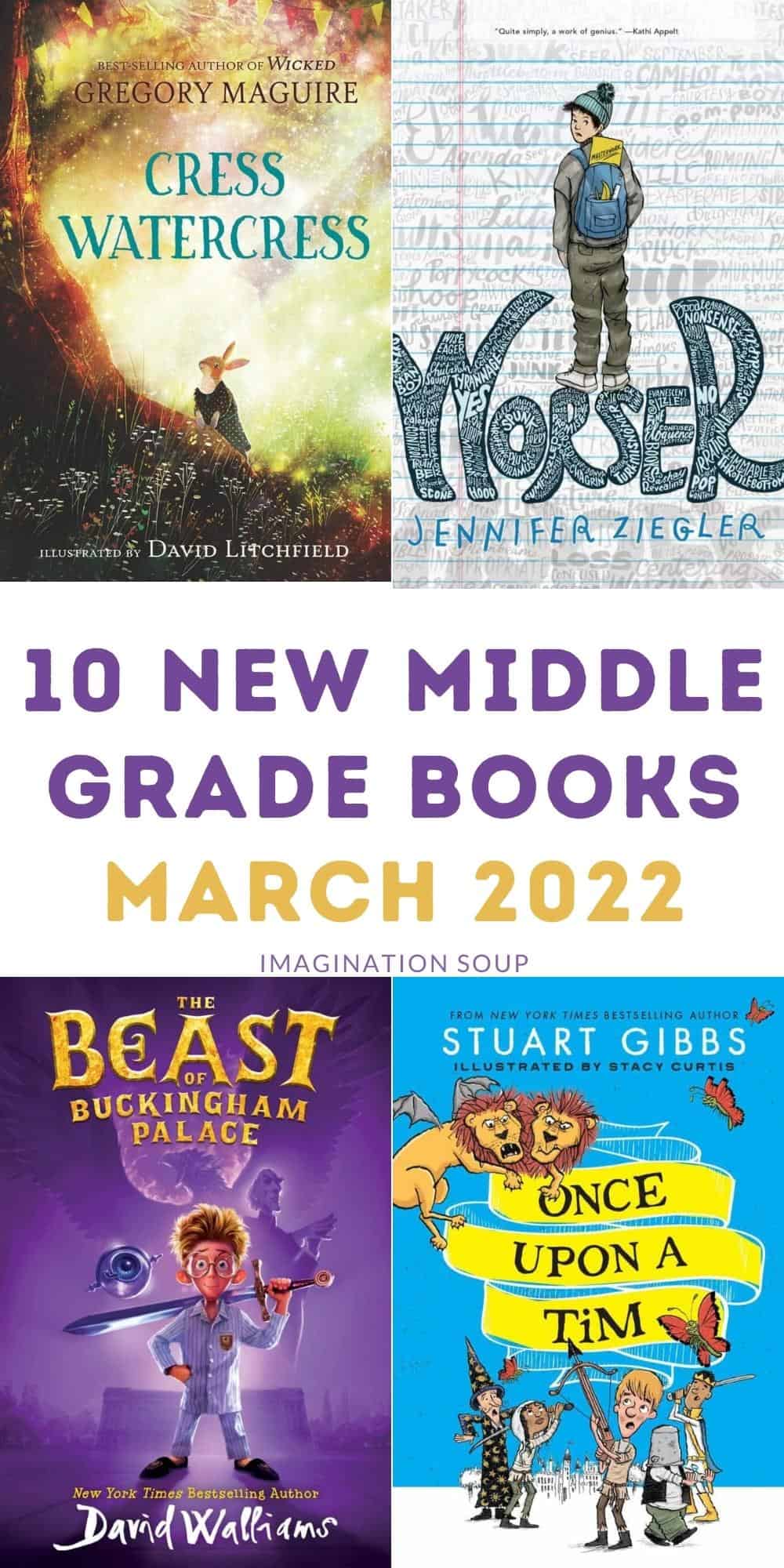 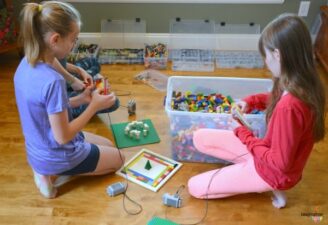 Stock Up on Coloring, Puzzle, and Activity Books for Kids