Next time you’re at the library or bookstore, see if you can find these new picture books — they are hilarious! 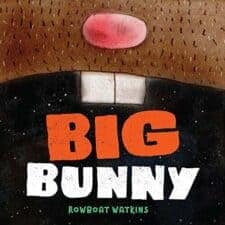 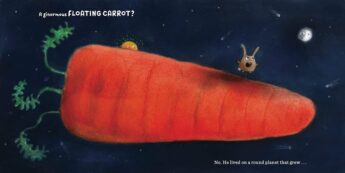 Big Bunny by Rowboat Watkins
RUN out to get this book — it’s totally hilarious. The reader keeps interrupting the narrator who is trying to tell the story of a big bunny who no, doesn’t live on a ginormous floating carrot! He lives on a round planet where he eats lots of carrots. There’s more –trucker penguins and giraffes and a scary ending that requires you to pay close attention to the illustration! LOVE, LOVE, LOVE!!! 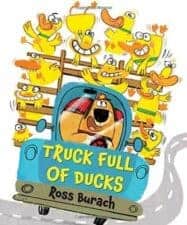 Truck Full of Ducks by Ross Burach
Your kids will LOVE this wild, silly misadventure about a truck full of ducks going, um, well . . . we don’t actually know because one of the ducks ate the directions. The truck driver is determined to figure out who ordered this truck full of ducks. Doing so is plenty of silliness along the way. Get ready for tricky surprise ending when the ducks finally arrive at the correct destination. 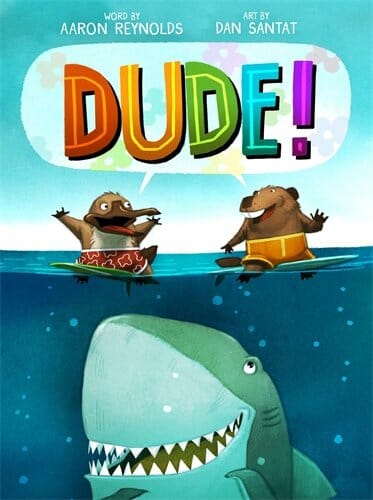 Dude! by Aaron Reynolds, illustrated by Dan Santat
There’s a lot of one word in this story — I’ll give you a guess which word it is. 🙂 In an exercise of reading with inflection, kids will enjoy this surfing adventure story about two surfer dudes who, while on the ocean, make an unexpected new friend. Dude. Totally funny and sweet with outstanding illustrations. 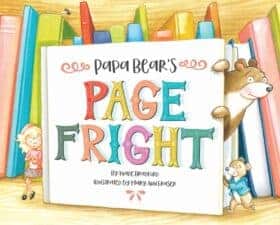 Papa Bear’s Page Fright by Wade Bradford, illustrated by Mary Ann Fraser
In the story about Goldilocks and the three bears, Papa Bear notices something strange. “There are people looking at us. . . Why are there words floating in the air?” Baby Bear explains that they are in a story. Mama Bear encourages Papa Bear to say his lines. But Papa Bear can’t remember what to say! He’s so upset that he leaves the book. Goldilocks and Baby Bear race through other stories to find where Papa Bear could have gone. Kids will recognize The Tortoise and the Hare and other stories while cracking up through the entire debacle. Perfect for young bibliophiles! 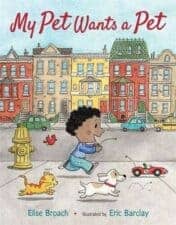 My Pet Wants a Pet by Elise Broach, illustrated by Eric Barclay
What a fun story with light-hearted humor! This boy’s pet dog wants a pet. Even though the boy’s mom insists the puppy does not need a pet, the boy understands. So the puppy gets a pet kitten. And so it goes, . . . the kitten gets a bird, the bird gets a worm, the worm gets a flea, and the flea gets a puppy. (See the irony in pet choices by the way?) The mom seems pretty annoyed so the boy has a great idea … what can the mom take care of? Him! 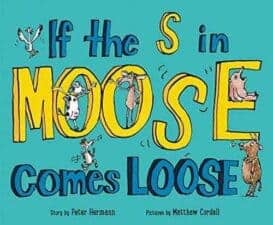 If the S in Moose Comes Loose by Peter Hermann, illustrated by Matthew Cordell
If the S in Moose comes loose, “...and the E breaks free.” You’ll have “A gloomy Moo from COW, who doesn’t know what to do.” Luckily, Cow has an idea — glue! He just needs to borrow the g-l-u-e letters from his friends — which makes for a delightful misadventurous romp in word fun. 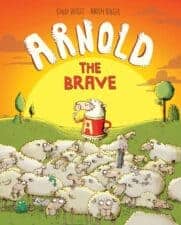 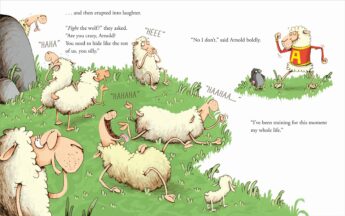 Arnold the Brave by Gundi Herget, illustrated by Nikolai Renger
I predict kids will want this read over and over again. Why? Because it’s funny and inspiring and invites readers into the plot twist secret. Arnold is a sheep superhero. He trains — push-ups, jogging, boxing. And finally, his moment comes when the wolf arrives. The wolf thinks it’s hilarious that a sheep wants to fight him. What the wolf doesn’t notice (neither does Arnold) is that Arnold’s best friend, Milo the mole, ties up the wolf while he’s talking. So when the wolf tries to attack, he falls on his face. Arnold is so proud of his success. (Of course we know that Milo was the one who actually made the difference!) That’s okay. Milo is happy for Arnold. “He WAS the Great Defender of this flock — Arnold the Brave, Super Sheep.” 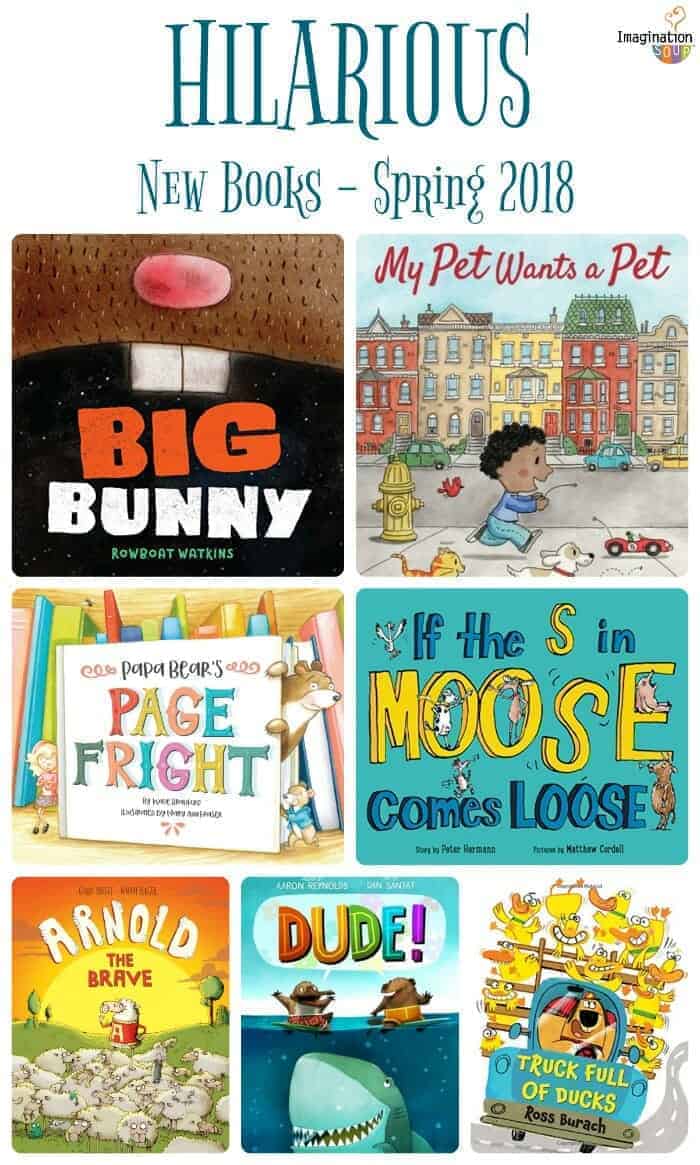 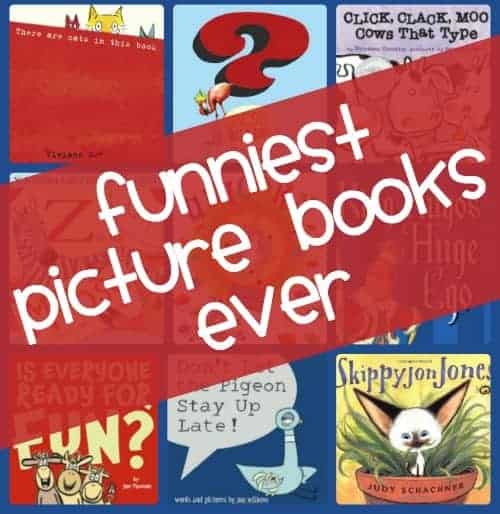 The Best Interactive Picture Books (To Get Kids Engaged in Books) 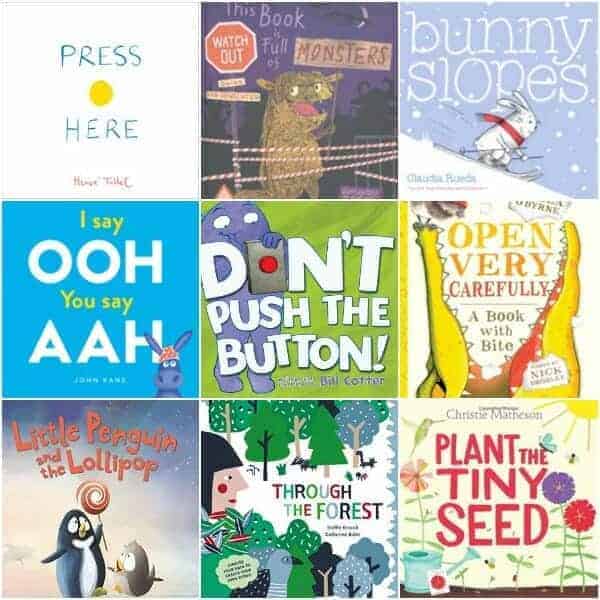