I’m catching up with my reading for the year. Here are 11 new books I think you will like, too! 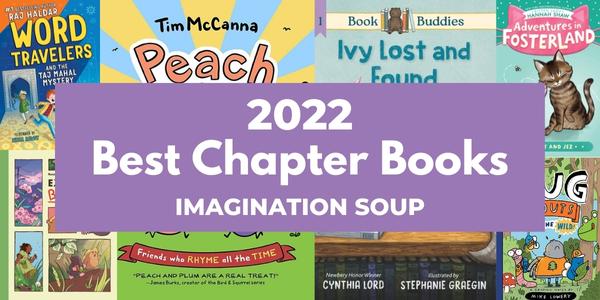 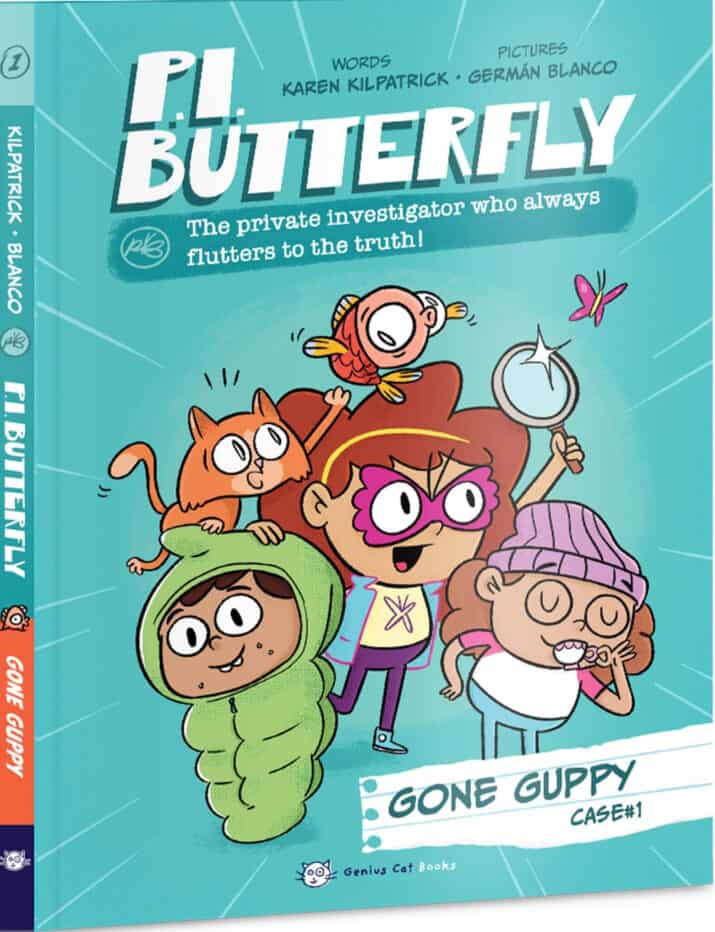 ages 6 – 9
MYSTERY GRAPHIC NOVEL
Fabulous, funny, and entertaining! P.I Butterfly is a girl who loves butterflies and mysteries. When she discovers that the family guppy is missing from the fish bowl, she’s determined to discover what happened. But who did it? Was it her sister? Her mother? Her cat? She searches for clues and interviews suspects. She puts together the evidence, follows the trail of clues, and tries to get a confession–and with hard work and persistence, solves the case! Not only is this a delightful story but it’s filled with problem-solving, critical thinking, and deductive reasoning. 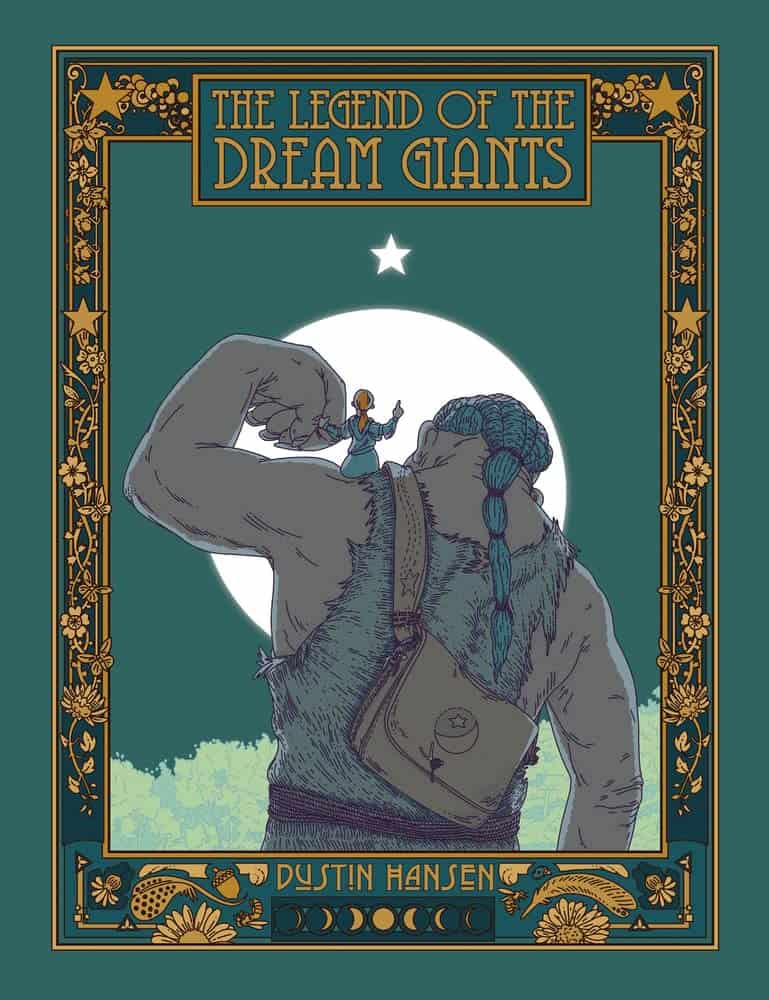 Legend of the Dream Giants by Dustin Hansen

FANTASY
Gorgeous, sensory writing fills the pages of this beautifully-crafted story about a young, naive giant named Berg who is searching for his place in the world. He doesn’t want to be like the monstrous Ünhold giant from the human stories and trades pretty rocks for the food he steals, thinking that it a fair trade which proves that he’s not a monster. In a new city, the mayor convinces Berg to become a prisoner with sly manipulations that Berg doesn’t understand. Berg’s friend Anya tries to help Berg see the truth, and Ünhold tries to help Berg, too, but Berg believes the mayor’s lies until the truth becomes tragically apparent. This is a story about trust, hope, belonging, friendship, and truth. I highly recommend it as a read aloud book that the entire family will enjoy…and will want to discuss. I ADORED every second of this story including the illustrated story within the story– and am adding it to my best books of 2022 list. 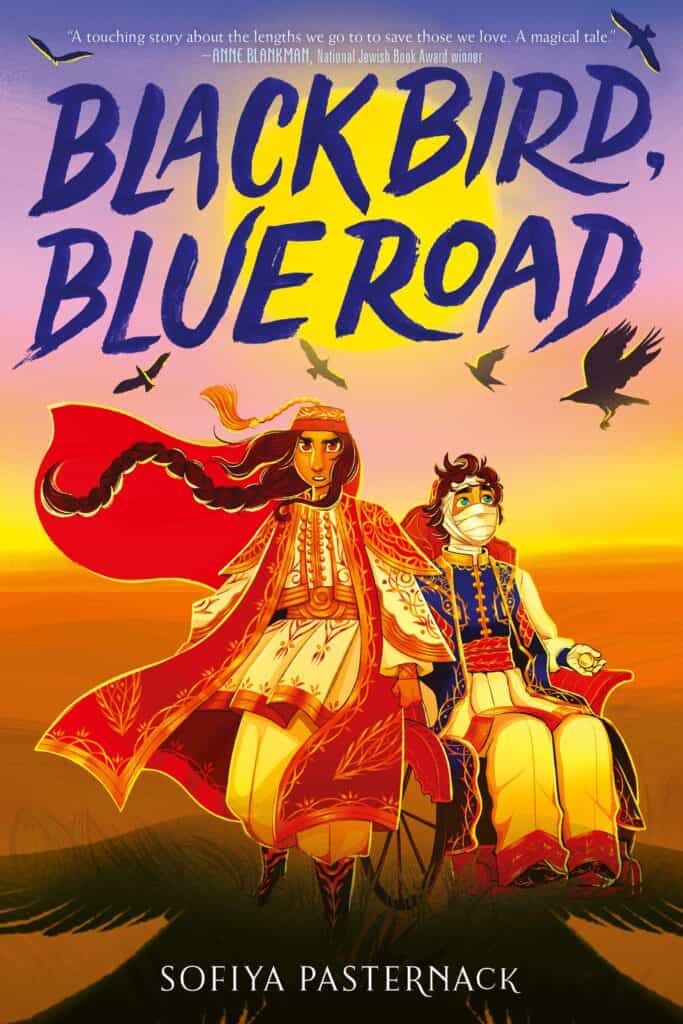 HISTORICAL FANTASY
Set in the historical Turkic Jewish empire of Khazaria, Ziva’s beloved twin brother with leprosy continues to deteriorate, and she learns he’ll be taken by her uncle, so she steals him away to search for a cure. Along their journey, they meet a half-demon boy who tells them about a mythical city where the Angel of Death can not enter. They journey toward the city and Ziva clings to the hope that the city will be the answer to everything. She’ll bargain and beg with Death, but ultimately, she’ll have to accept that in life, we all must die. 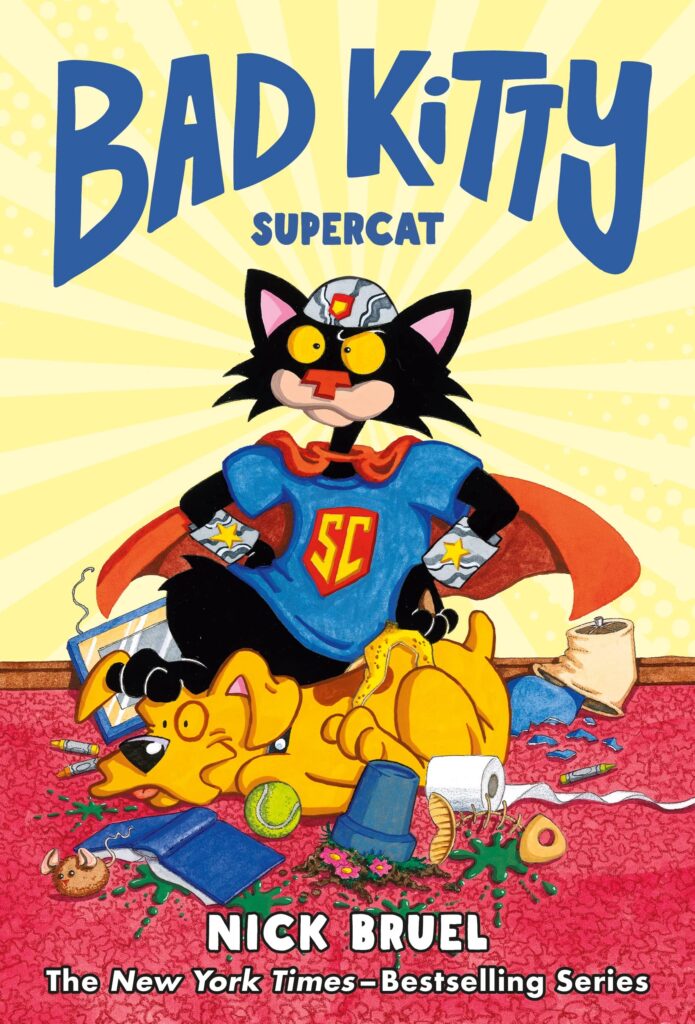 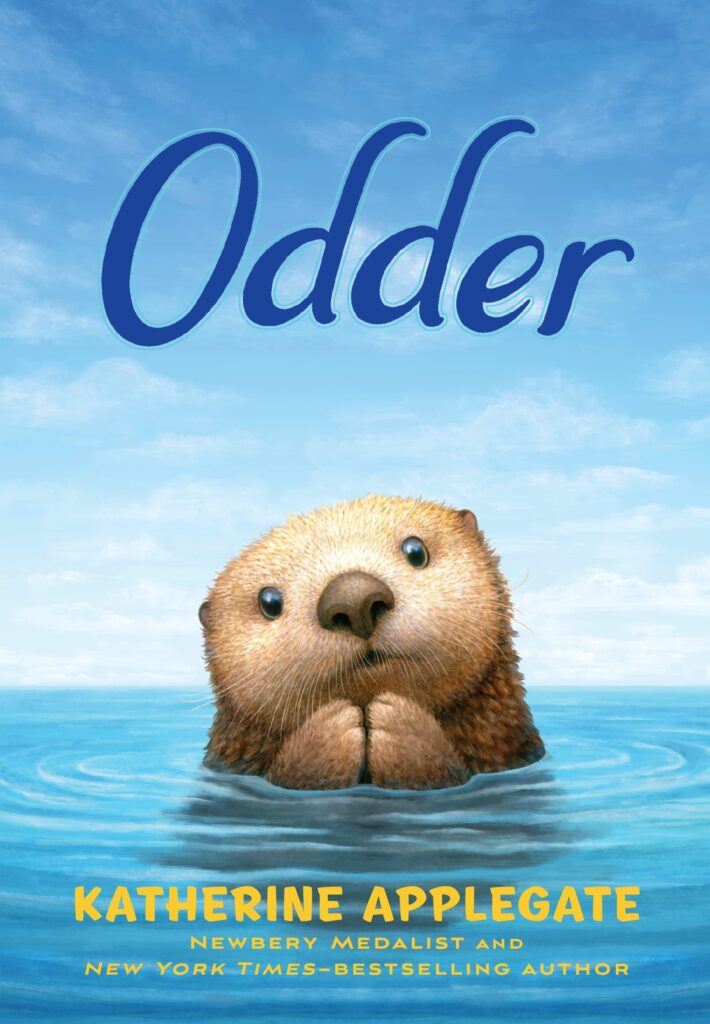 Odder by Katherine Applegate, illustrated by Charles Santoso
ANIMAL ADVENTURE
This story follows a playful young Otter named Odder who gets badly bitten by a shark. Odder is found and rescued by the Monterey Bay Aquarium, where she’s been before as a pup. There, she heals and resists helping an orphaned pup until she gives in and teaches the pup how to be an otter. Strong voice, we feel a clear sense of Odder’s personality. 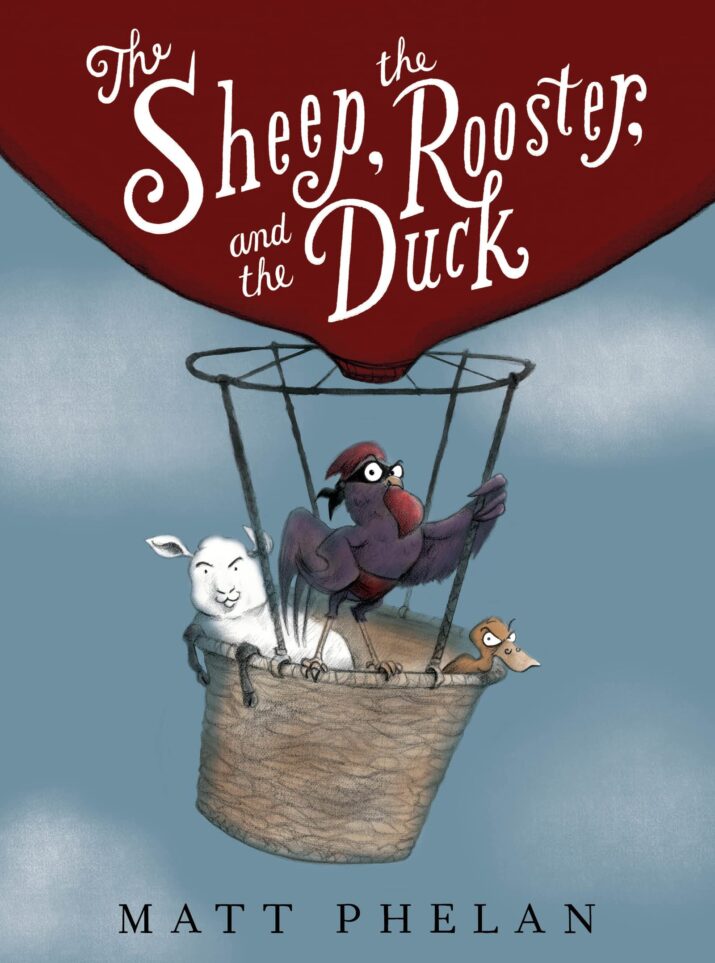 The Sheep, the Rooster, and the Duck by Matt Phelan
HISTORICAL FICTION
In this illustrated historical adventure, Benjamin Franklin’s young assistant Emile teams up with a sheep, a rooster, a duck, and a girl his age to thwart a dastardly villain and a sinister secret society who want to use one of Franklin’s inventions for nefarious purposes. 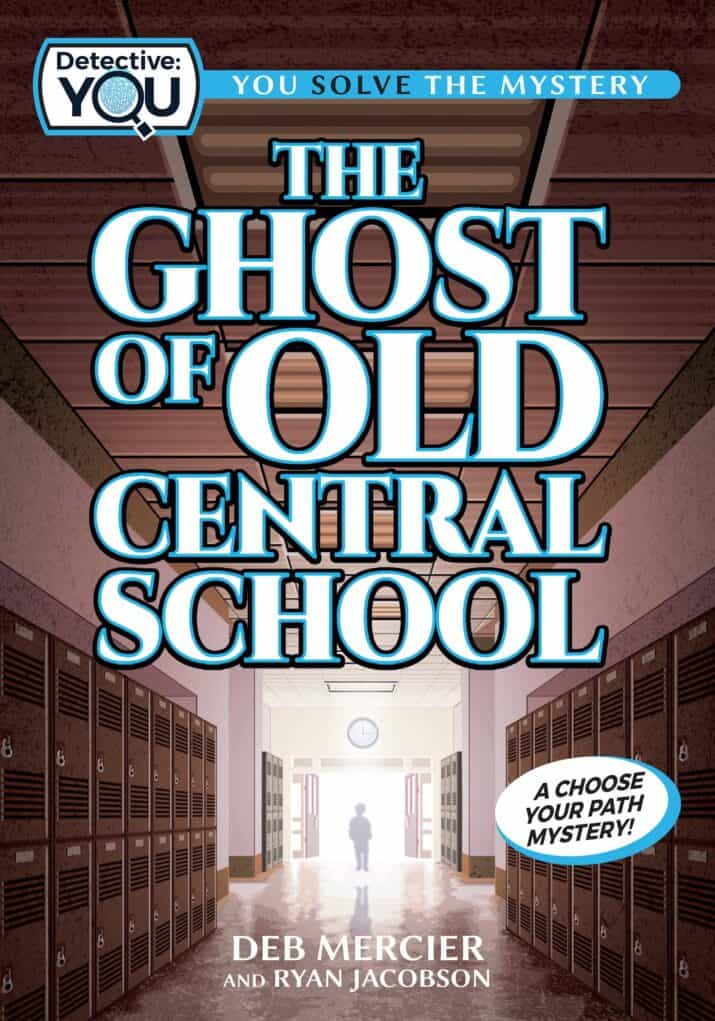 The Ghost of Old Central School by Deb Mercier
CHOOSE YOUR OWN ADVENTURE
A girl named Irene, whose dad is the school’s superintendent, asks you for help to find the culprit who is sabotaging the Old Central School. You take the case and start gathering clues and trying to figure out what is going on. Make good choices, or you won’t solve the case! 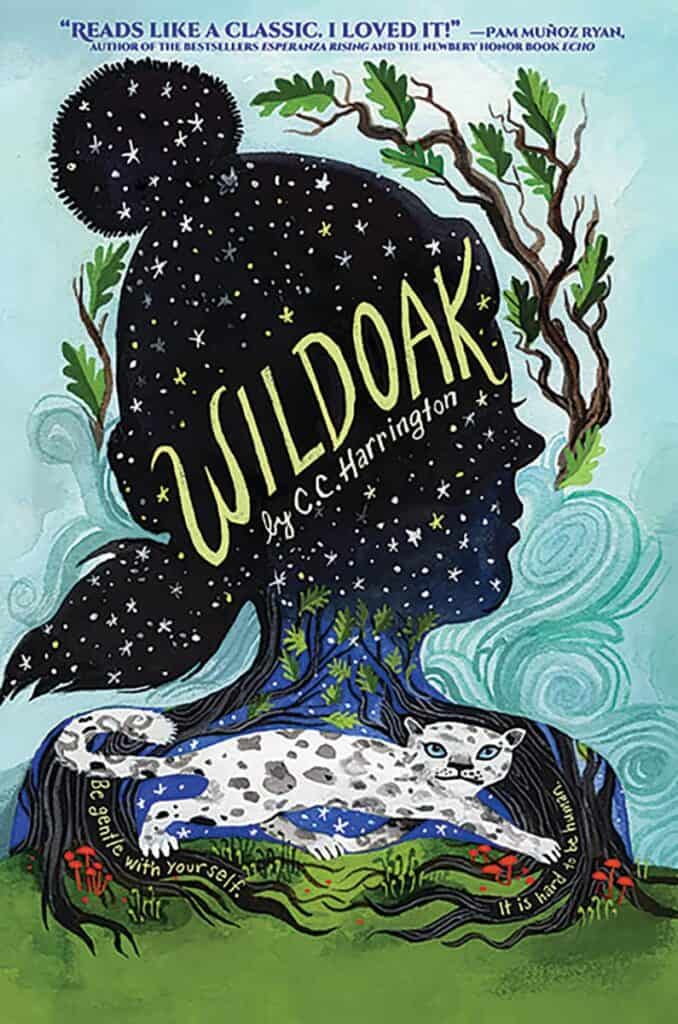 Wildoak by C.C. Harrington
REALISTIC
Maggie is a girl with a stutter whose parents are angry at her lack of success in school, so they send her to live with her grandfather — her last chance before she’s institutionalized. In the woods near her grandfather’s house, Maggie discovers a snow leopard that was once for sale at Harrod’s but later abandoned. He’s caught in a trap. Maggie finds a way to set him free — and to treat his wounds with natural remedies. She also notices that she doesn’t stutter with animals. Throughout her time with her grandfather and the leopard, Maggie learns to see herself differently and to fight for animals who can’t speak for themselves. 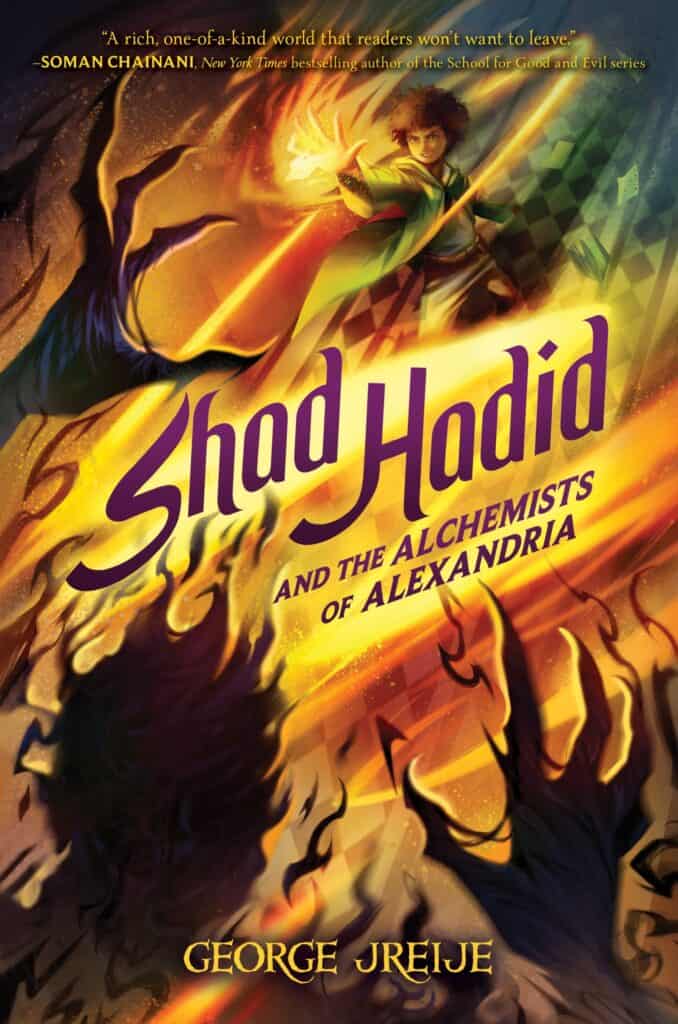 Shad Hadid and the Alchemists of Alexandria by George Jreije
FANTASY
Shad is an orphan who learns about alchemy and necromancy right before he’s sent to an elite academy that he thought was to train alchemists. It’s not. He’s aware that there are dark forces who want to use alchemy for dark purposes — and take over the school. Or are they already in charge? He needs to figure it out because every moment at the school, he’s in danger. 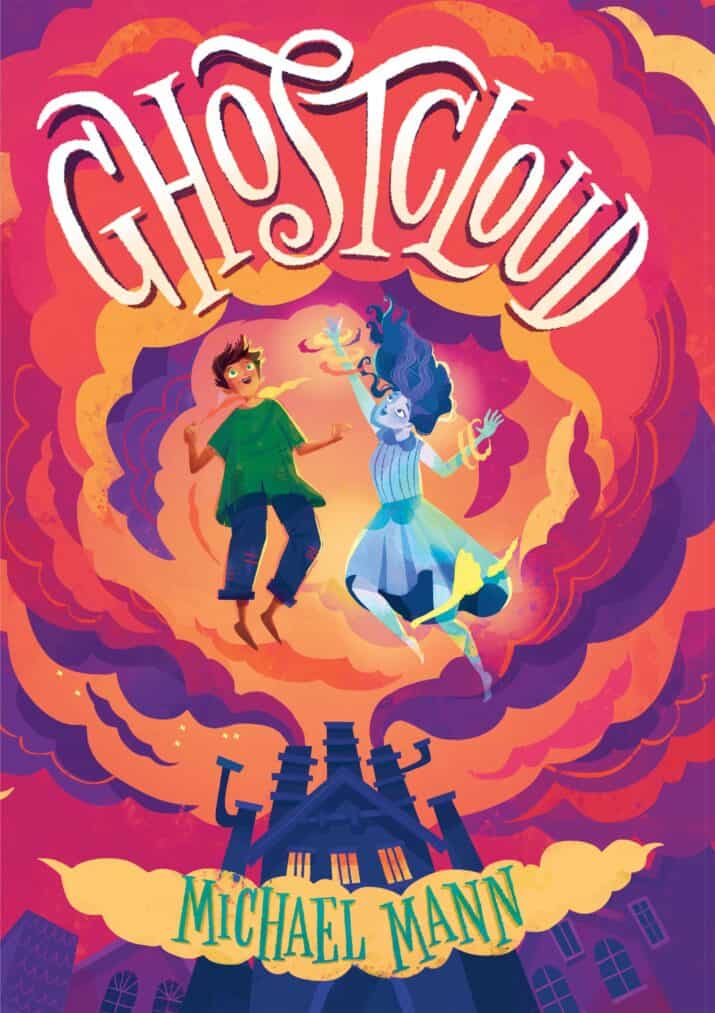 Ghostcloud by Michael Mann
GHOSTS
Luke shovels coal with the other kidnapped children who are forced into hard labor for an evil woman. Luke accidentally learns that he’s a half-ghost which means that he can travel as a spirit. He meets a full ghost girl who insists he does things her way because the full ghosts won’t accept him unless he gets evidence against the evil Tabitha. Luke realizes that if he doesn’t get the kids out of danger, all the other kids will be killed. It’s a bit scary and spooky! 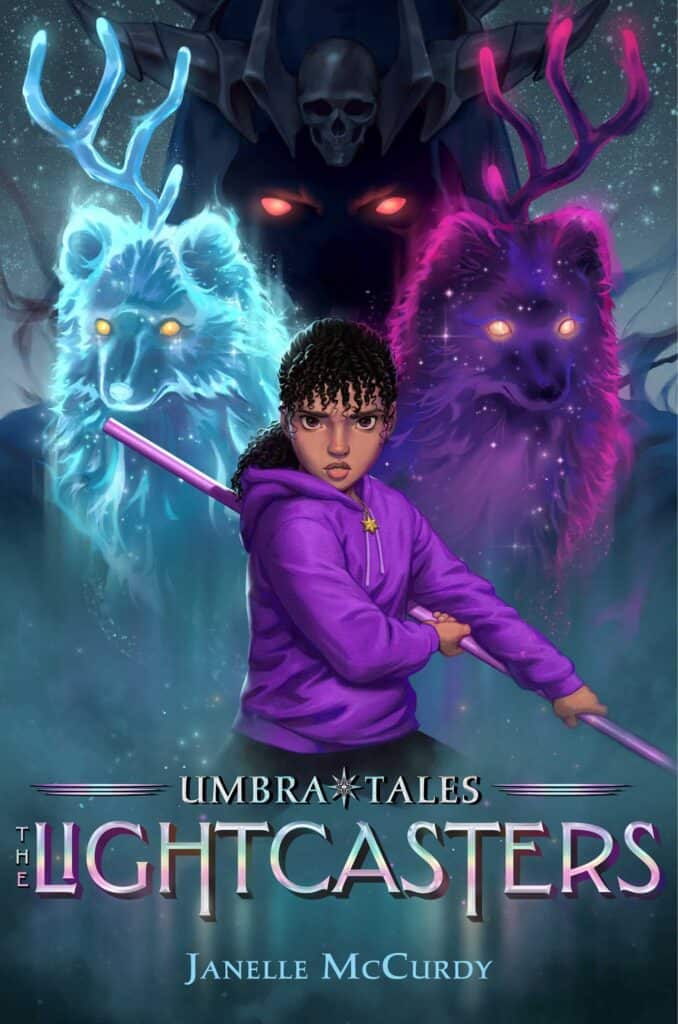 FANTASY
After the Reaper King’s soldiers attack her forever dark city and capture her parents, Mia, her brother Lucas, plus two other friends flee the nefarious soldiers toward her grandparent’s in the capital city. To make it through the dangerous Nightmare Plains, Mia reluctantly bonds with not one but two wild umbras, creatures made of shadows and starlight, and learns she’s one of the mythical Lightkeepers, foretold to defeat the Reaper King. Unique, super cool world-building, fantastic storytelling, and perfect pacing, this is one book you won’t be able to put down! 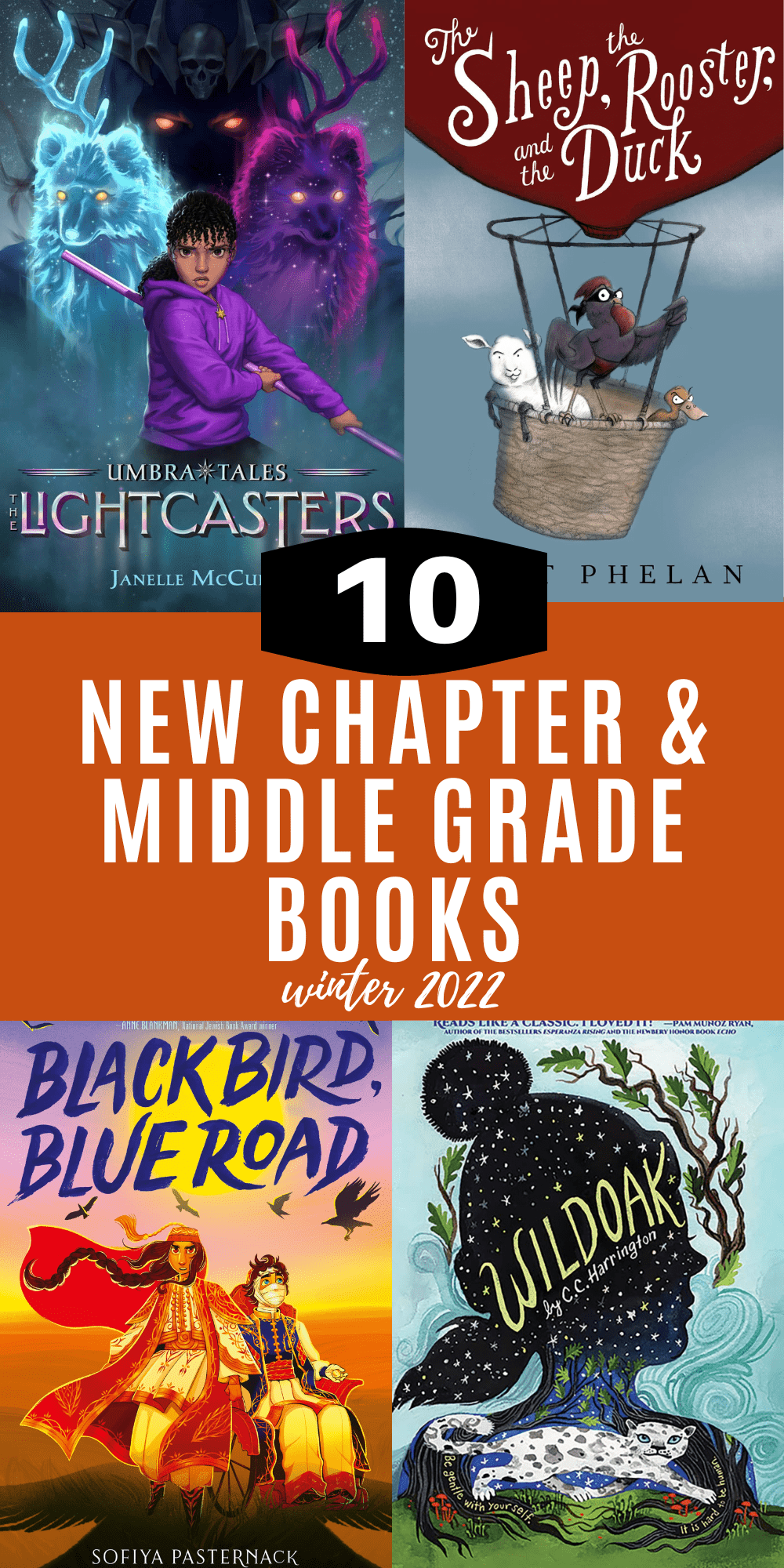 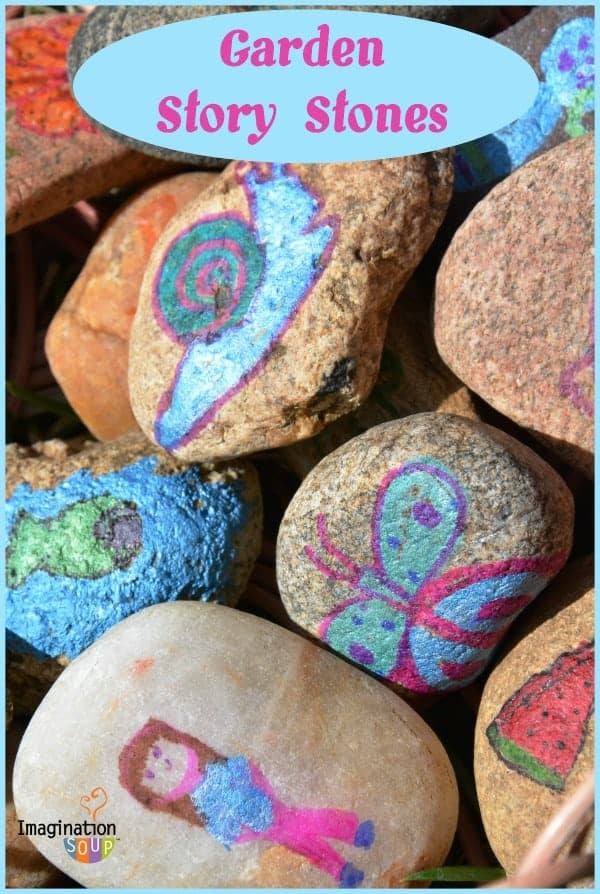 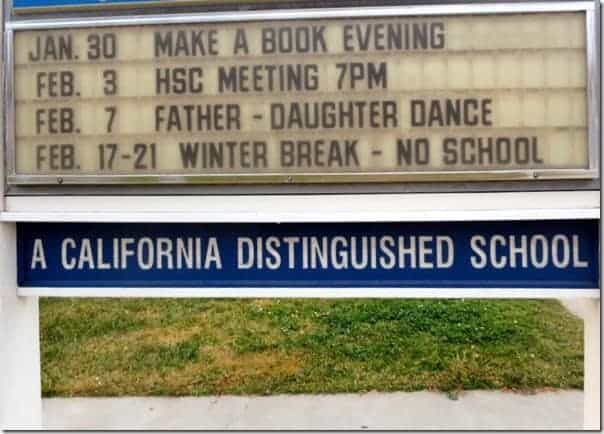