Each year about this time, we discover the new back to school picture books. Teachers and parents, you’ll find lots of great choices for 2017, great choices to be enjoyed by children ad perfect for reading aloud.

2017 Back to School Picture Books 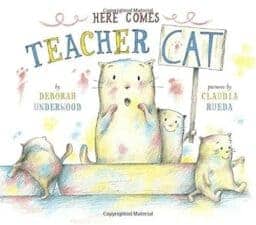 Here Comes Teacher Cat by Deborah Underwood, illustrated by Claudia Rueda
You’ll love this sweet, silly story about a reluctant substitute teacher. The narrator writes this as his conversation to Cat. Cat communicates back to the narrator through picture signs. Cat would rather sleep than be a sub. But no one else can help so Cat must teach kitty school. And surprisingly, Cat does a great job! It’s funny and a great book to read about school. 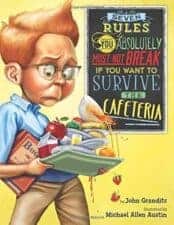 Seven Rules You Absolutely Must Not Break If You Want to Survive the Cafeteria by John Grandits, illustrated by Michael Allen Austin BACK TO SCHOOL
Kyle’s friend Ginny warns him about both eating the cafeteria food and the RULES. She gives him seven must-follow rules for surving the cafeteria. Of course, Kyle accidentally breaks every single one of them and it’s hilarious. Kids will be familiar with the rules — things like don’t hold up the line and don’t forget to pay. Vivid illustrations show Kyle’s disastrous experience. The illustrations also show the people around him as literal, not metaphorical, bugs (he loves bugs) which is fun to see. But, not to worry. It all works out for Kyle and he learns a very valuable lesson at the end . . . Read this new picture book for lots of back to school giggles. 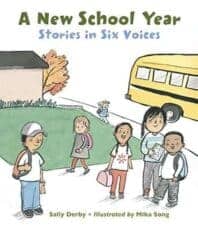 A New School Year: Stories in Six Voices by Sally Derby, illustrated by Mika Song
Relatable and heart-warming with emotion, we read the poems of six students starting with “The Night Before” to “Before School” to “At School” and “After School” — all about the first day of the year. Each child’s poem is written in first person. Use this to reassure your kids that it’s normal to be worried and excited about new things, and that you never know what can happen on your first day. Maybe you’ll meet a new friend, discover your teacher has something in common with you, or realize it won’t be as hard as you thought. I think this is a wonderful back to school book and appreciate the diversity in characters! It also could be a fantastic writing prompt book for kids to write about their own first day experiences in verse. 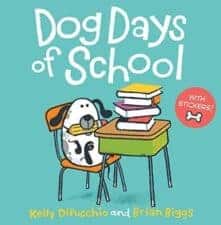 Dog Days of School by Kelly DiPucchio, illustrated by Brian Biggs
Charlie doesn’t like school. He wishes he were a dog — and just like that, his dog and he change places! His dog gets to go to school, build with blocks, and play kickball. Charlie, conversely, does dog things that don’t include school. He watches the leaves fall, drinks from the toilet, and goes to the groomer, among other things. Until he learns that he doesn’t want to be a dog anymore. Will he make a new wish and find happiness in the life of a boy? With just the right combination of humor and emotional resonance, Dog Days of School will be a new back to school classic. 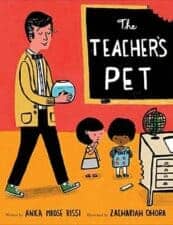 The Teacher’s Pet by Anica Mrose Rissi, illustrated by Zachariah Ohora
Mr. Stricter’s class is dismayed when their tadpole turns into a hippopotamus who is NOT a good classroom pet, despite what clueless Mr. Stricter thinks. The students must figure out some way to convince Mr. Stricter that all the destruction and chaos is not okay. Then, the hippo EATS Mr. Stricter. Now what will the kids do? This story is hilarious! Kids will love this funny kid-empowered school story. 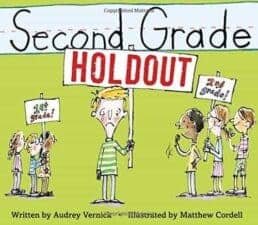 Second Grade Holdout by Audrey Vernick, illustrated by Matthew Cordell
First grade was great but second grade is going to be horrible. Especially after this boy’s sister and friend tell him exactly how awful it will be. So why not just stay in first grade? We, too, think 2nd grade sounds pretty yucky until we learn that sister and her friend made up all the bad stuff, and admit that second grade is really great. Another funny back to school story with the perfect ending from Audrey Vernick. 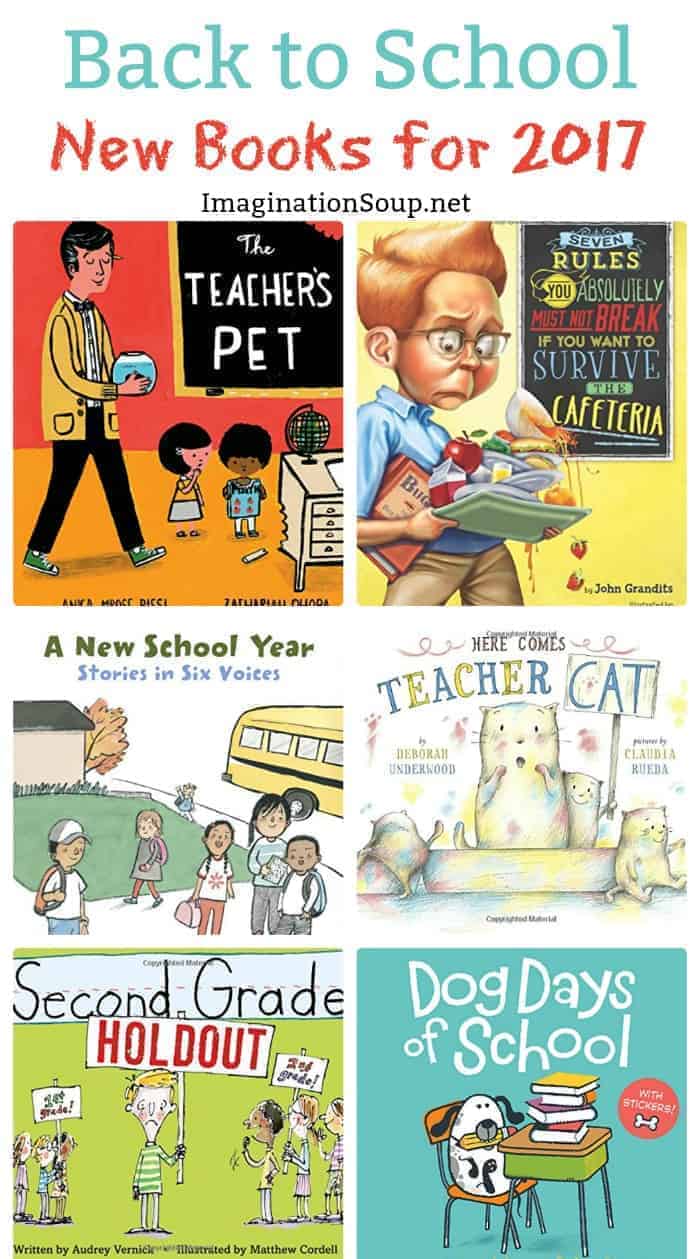