I’m excited to share with you 8 recently published picture book biographies for your classroom (Common Core, anyone?) and for your home. These biographies pair first-rate writing with artwork with outstanding illustrations to engage and inform your children. Enjoy! 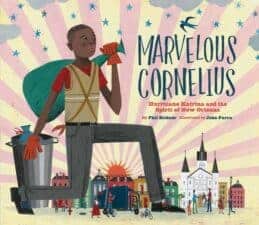 Marvelous Cornelius Hurricane Katrina and the Spirit of New Orleans by Phil Bildner, illustrated by John Parra
This is a lovely new American folk tale with evocative, colorful illustrations about a bright spirit in the city of New Orleans. Cornelius takes care of New Orleans’ trash. His positive attitude, infectious spirit, and dancing moves brighten everyone’s day. And after the great flooding of Hurricane Katrina, he and the whole town pitch in to clean up and rebuild. (Teacher’s Guide here.) 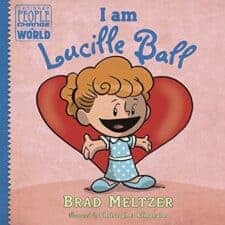 I Am Lucille Ball by Brad Meltzer, illustrated by Christopher Eliopoulos
Fascinating. Meltzer captures the most fascinating elements of Ball’s life with his narrative and comic style illustrations and hooked me from page one. I loved this — it makes a great addition to an already stellar series.
*See more of this fantastic biography series here. 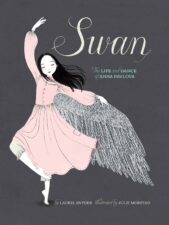 Swan The Life and Dance of Anna Pavlova by Laurel Snyder, illustrated by Julie Morstad
Anna sees her first ballet on a snowy winter’s day. She longs to join ballet school, waiting years until she finally is accepted. And she works hard starting from poverty and becomes a celebrated, lovely swan ballerina. She travels the world to show everyone the beauty of the music and dance. Her story is beautifully told with exquisite illustrations in muted colors.
*You might also like Firebird. 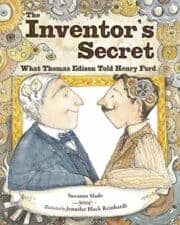 Inventor’s Secret: What Thomas Edison Told Henry Ford by Suzanne Slade, illustrated by Jennifer Black Reinhardt
Read this picture book for perseverance and grit in action! Two boys grow up with two different passions — Henry for cars and Thomas for electricity. Henry practices and fails while watching Thomas succeed in many inventions. What was Thomas’ secret? Henry moved next door to find out. He found out that he knew the secret all along — keep at it. Which he did! After many trials and errors, (Models A, B, C, F, K, and N) he succeeded with the Model T. 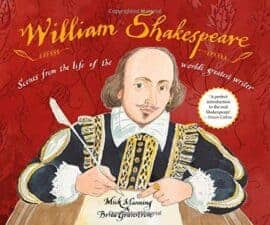 William Shakespeare Scenes From the Life of the World’s Greatest Writer by Mick Manning, illustrated by Brida Granstrom
Meant for an older reader, this is a dense picture book filled with information. I think this book would work well for a research project. 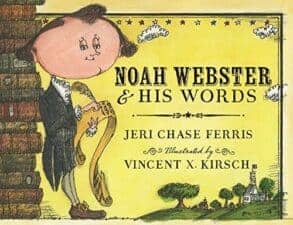 Noah Webster and His Words by Jeri Chase Ferris, illustrated by Vincent X. Kirsch
Get your kids jazzed about words by learning about Noah Webster. After America gained independence from England, Webster wrote spelling books to norm every word and avoid many spellings of the same word. It was a best seller! Webster advocated for a national language and eventually wrote The American Dictionary of the English Language, all the English words with alphabetical order. I found it very interesting and loved the illustrations.
* You might also enjoy The Right Word: Roget and His Thesaurus. 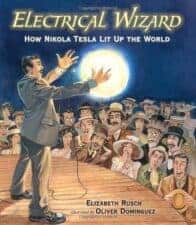 Electrical Wizard: How Nikola Tesla Lit Up the World by Elizabeth Rusch, illustrated by Oliver Dominquez 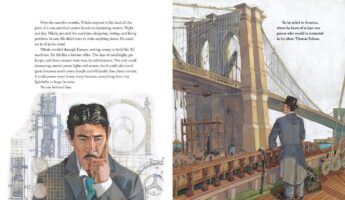 Nikola Tesla didn’t achieve the same recognition for his achievements as his rival Thomas Edison. This biography, meant for upper elementary readers, is a well-designed, chronological account of Tesla’s life. I’d prefer the text were larger but overall this is a decent biography.
*You might also like Nick and Tesla’s High-Voltage Danger Lab mystery series. 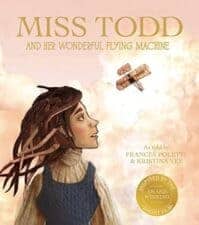 Miss Todd and Her Wonderful Flying Machine by Frances Poletti and Kristina Yee
I love the unique, beautiful artwork in this story based off a short film about the life of the real Lily Todd. She was the first woman to build and design an airplane — despite that in the early 1900s no one believed a woman could or should do such a thing. Despite the many NOs she was told, Miss Todd built and flew anyway. Perseverance! Watch the award winning film.

Don’t miss these other picture book biographies that read like narrative stories!