When White Kids Call Each Other the “N” Word

After reading a post on a (black) friend’s Facebook page about his kids sharing that their white classmates call each other the “N” word, I asked my friend Karen DeGroot Carter to share her thoughts since her (biracial) kids go to that same school. Read what she thinks. Then, please comment to share your own thoughts! ~ Melissa

When White Kids Call Each Other the “N” Word

When I asked my biracial daughter, a junior in a predominantly white suburban high school south of Denver, if she’d heard white kids at school call each other the “N” word, she didn’t hesitate to say yes, and then explain why. “First of all,” she said, “they’re saying the word that’s spelled N-I-G-G-A, not the other ‘N’ word.” She went on to explain white kids hear the word in rap songs and then use it with other white kids in a friendly way, not to upset anyone. “They would never say it to someone who’s black, and they would never say it to me.”

“So it’s a term of endearment?” I asked, incredulous.

She shrugged. “Yeah. I would never say it, though.”

Parents of children who hear their kids use such a loaded word with their friends might not be so understanding, and for good reason. Not just because their kids might accidentally insult someone and find themselves in serious trouble with a peer or authority figure, but because the “N” word will always carry with it the weight of the brutal history that created it.

The “N” word came into being as a hate-filled, threatening epithet used to help humiliate and control a specific group of people―men, women, children, teenagers, and the elderly considered to be third-class citizens equivalent to property due to the color of their skin. For generations, such humiliation and control went far beyond insults to include various forms of psychological and physical torture as well as horrific deaths.

While some may be eager to forget and “move on” from any such painful aspects of our country’s history, the reality that slavery existed in the U.S. ‒ and that racism and prejudice continue to exist here ‒ needs to be acknowledged and discussed. Perhaps the current use of the “N” word by white teens provides a good place to start.

Parents whose kids use the “N” word in any context can contribute to their family’s understanding and rejection of racism by addressing this issue, insisting this word is not only controversial but unacceptable, and backing up their arguments with facts and insights. Online resources like those noted below can help educate adults and teens alike on how the use of this single word can still cause significant pain and suffering, regardless of its intended meaning.

BIO: Karen DeGroot Carter is the author of ONE SISTER’S SONG, a novel that explores issues faced by people of mixed-race heritage. Her blog, BEYOND Understanding, includes a comprehensive list of resources that promote tolerance and celebrate diversity. 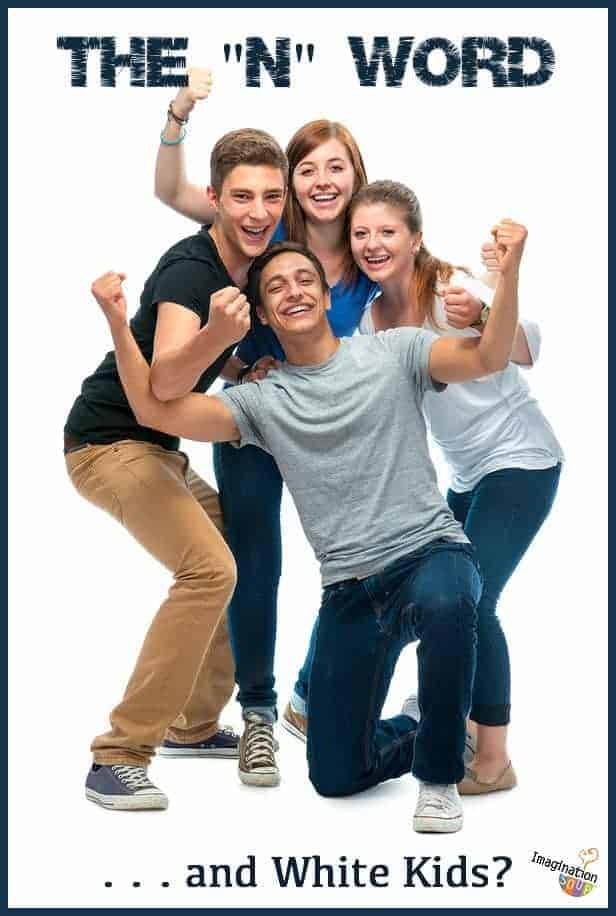 Books About the Human Body

Game Changer! Gives Teachers Helpful Ideas to Get Books to ALL Kids