Bethe Almeras, aka. The Grass Stain Guru, tweeted me today, “I look forward to today’s kids getting bored! They are so over-scheduled & adult-led. Viva boredom! :o”  Thank you, Bethe, for my blog post title because today I want to elaborate on the benefits of boredom and why it should be a summer goal. 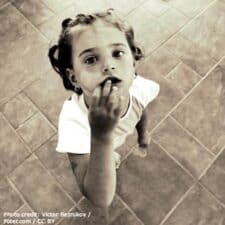 2. No video games either.

That should about do it.

Seriously, no television. Television is the opiate of the masses and it isn’t making any of us, especially our children, any smarter.

I took a fast from television for over a year and it felt great not to fill my head with the gossip, news, or violent story lines –they never contributed to my personal growth as a human being anyway. Television just made me dull, and I got less sleep because I stayed up too late, zoned out.

Now I admit that I’m back on some — in moderation. But, I am an adult, not a child who needs to learn and grow. (Although one could argue that it is like a drug and we all are junkies.) Be that as it may, it’s that much more important that we don’t allow our children to be dulled by the television drug.

I’m telling you, the boredom plan is beneficial! Because if you can tough it out long enough, you’ll see amazing thinking, imagining, and playing happen.

Why is it that we adults hate being bored? In my case, I’m constantly busy, as if I’m running away from boredom. If I’m not working, then I’m cleaning, checking my to do list, reading a book, working out, I’m squeezing something into every moment — boredom doesn’t enter into my life ever.

But it should. For me and for my kids.

And we don’t just try to prevent our own boredom, we do it for our kids. We provide too many toys, too many options, too many scheduled activities, and when all else fails, we turn on the t.v.

Yesterday, after many days of whining for the television, JJ played in her room independently –for hours. I heard music, singing, dancing. Apparently a fairy kingdom was created, too.

When our kids are bored, wonderful things can happen. Like finding a good book and curling up into a cozy chair to read. Like inventing a magical fairy kingdom on your bed. Like playing Hogwarts and developing new scenes in Harry Potter.

Relearning What to Do When You’re Bored

Make a “What to Do When You’re Bored” list. It probably won’t get used much but it will stop the whining and force your child to think of something even better than what’s on the list. Print out mine or try the Boredom Buster Jar list from Wendy at Kidlutions. And, maybe it will work. Or will be a good starting point.

Parent: “So, figure out something else to do.”

If we can get our kids to be bored, surely we can find some time to be bored ourselves. Wouldn’t that be lovely?

Get Organized for Summer Learning

Teach a Child to Fish, Feed Her for Life

The Best Choose Your Own Adventure Books

Grab a Nonfiction Book With These New Choices for 2021