Guess what? I have new picture books to share with you. Shocking, I know. My favorites are at the beginning (Interrupting Chicken and Are You Scared, Darth Vader) although, I like all the books or I wouldn’t be sharing them. (I don’t write reviews of books I think are blah or not enjoyable.) I hope you find lots of good books to read aloud to your children or students. 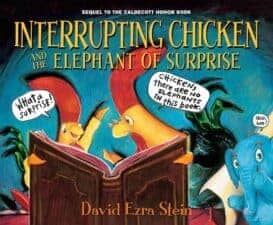 Interrupting Chicken and the Elephant of Surprise by David Ezra Stein
The Little Red Chicken is sure that every story has an elephant of surprise. Papa explains that it’s an element of surprise not of an elephant. Thus begins a hilarious storytelling adventure (with elephants) that will crack you up. The Ugly Duckling, Rapunzel, and The Little Mermaid all have “Surprise! I’m an elephant!” moments as interrupted by, guess who, Chicken. Then Papa tells a silly story of his own with no elephants? Surprise! Elephants! (Teachers, wouldn’t this be fun for introducing plot in writing workshop?) Added to: Picture Books About Writing a Story 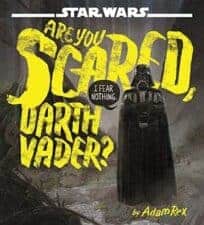 Are You Scared, Darth Vader? by Adam Rex
HILARIOUS — and a guaranteed new read-aloud favorite for your kids. You don’t even need to love Star Wars to love this book. This picture book is my new favorite read-aloud choice because it’s classic Adam Rex dry humor. What’s the story about? The narrator is trying to find out if Darth Vader is scared of anything. Hmmm…. How about when this wolfman pops out? Or bites him? Or a vampire? Or a ghost? Black cats? “I AM NOT SCARED. I WILL NEVER BE SCARED. WHO COULD POSSIBLY SCARE LORD VADER?” Apparently, nothing will scare Darth Vader. (The narrator’s words to Darth Vader are in bright yellow, differentiated from Darth Vader’s words which are in white but a smaller size.) There’s an unexpectedly tender moment when Darth Vader reveals that he is cursed…and seems sad. Then a surprise ending with what actually displeases, er, scares Darth Vader. What do you think it is? And wait for it — there’s a second surprise ending with Darth Vader using the force to try and stop YOU from closing the book. 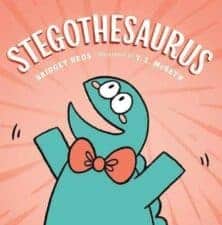 Stegothesaurus by Bridget Heos, illustrated by T.L. McBeth
WORD PLAY / SILLY
This stegothesaurus was different from his stegosaurus brothers– he knows a lot of words and uses them to describe the world. When he meets an allosaurus who was actually an allothesaurus, at first it seems like they are meant to be friends. Until the Allothesaurus reveals how she learned so many words. YIKES! I’m so impressed with this clever story about a word-loving dino which has the cutest illustrations EVER! 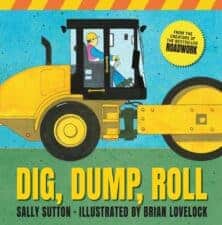 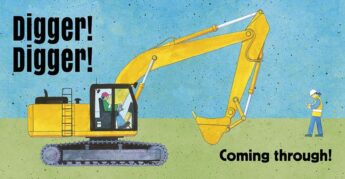 Dig, Dump, Roll by Sally Sutton, illustrated by Brian Lovelock
VEHICLES
A noisy world of construction that begs to be read aloud! Listen to the machine’s sounds then read the clue and try to guess what machine it is. “Bang-a-shudder! Clang-a-judder! What’s at work? Here’s a clue: // it will dig big holes for you. // Digger! Digger! // Coming through!” It’s a rhythmic delight for kids, especially those who love big machines. 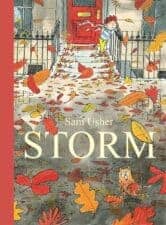 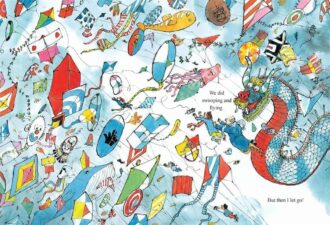 Storm by Sam Usher
WEATHER
Sam Usher’s series of books about weather (including Rain, Sun, and Snow) artfully capture a beautiful relationship between a boy and his grandfather. In this particular story, the wind is rattling the windows so the boy and Granddad look for their kite. At first, they don’t find the kite but they do find other memories — granddad’s cricket bat, a letter they mailed by boat, and a telescope they used for an expedition. They find the kite and go to the park where they have a wild adventure before the storm hits. “Back at home, Granddad said, “The best adventure is an adventure shared.“” I love the atmosphere of both the weather and the loving relationship between the two. Added to: Picture Books About Loving Grandparent Relationships 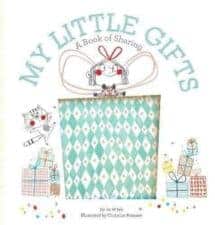 My Little Gifts: A Book of Sharing by Jo Witek, illustrated by Christine Roussey
GIFTS
Lift-the-flap to reveal presents that come in a box or a suitcase, gifts that are shared with a sister or handmade, and gifts of imagination. The swirly crayon drawings are so much fun! The little girl narrator clearly loves her friends, sister, and family. Very sweet. 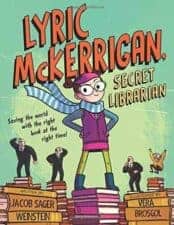 Lyric McKerrigan, Secret Librarian by Jacob Sager Weinstein, illustrated by Vera Brosgol
BOOKS / ADVENTURE
Because BOOKS (and those of us who know how to wield them) can save the day… Doctor Glockenspiel is threatening to have his giant moth army eat ALL the world’s books. It’s up to Lyric McKerrigan (secret librarian) to stop him. She sneaks into his hideout, disguised as a plumber, uses books to distract the guards, rescues the captured ninjas, and subdues the moths with …a story. Then, Doctor Glockenspiel is sent to the Depository for the Criminally Naughty where he can never harm another book! Added to: Picture Books that Celebrate the Library & Librarians 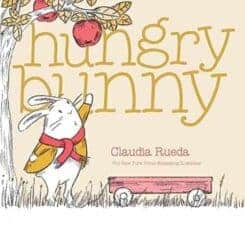 Hungry Bunny by Claudia Rueda
INTERACTIVE
Can you help this hungry bunny reach the red apple on the tree? You’ll need to shake the book, blow the leaves away, and grab the bunny’s scarf? Teamwork makes this interactive book happen. What will this hungry bunny do with all the apples in the apple cart? Maybe make an apple pie? Added to: Picture Books That Teach Kids About the Seasons 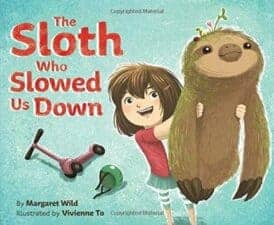 The Sloth Who Slowed Us Down by Margaret Wild, illustrated by Vivienne To
SLOWING DOWN
When Amy brings home a sloth, her busy family tries to slow down to sloth’s slowness. Which means more talking, long walks with time for admiring the moon, and a lot more family time. Sloth stays for three weeks then moves to another too busy family. This will bring a smile to your face and remind you to go slower. 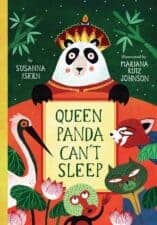 Queen Panda Can’t Sleep by Susanna Isern, illustrated by Mariana Ruiz Johnson
FABLE
Queen Panda’s sleepless nights make her irritable. Worse, she’s keeping up the entire palace. She gets helpful advice from all over the world — count sheep says a shepherd from Mongolia, an opera singer from Paris sings her a lullaby, and other strategies. When an Egyptian hippo yawned her biggest yawn, the queen still didn’t sleep– but everyone else did. That meant that the queen needed to cook herself a meal, do the washing, and other chores. The hard work made her so tired, she finally fell asleep! What is the moral of this story? Doing things for yourself (hard work) helps! 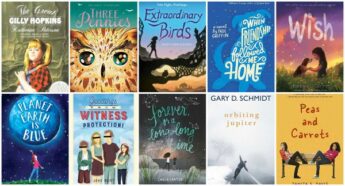 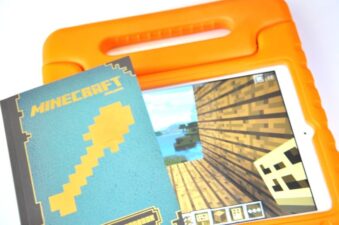 Keeping My Son Connected to Our Ancestors