You’re going to love these picture book and middle-grade nonfiction book choices! In fact, there are many inspiring people to read about on this list as well as a cool book about monkeys, a unique science-based devotional, and a tome of everything Africa from one of my favorite authors. 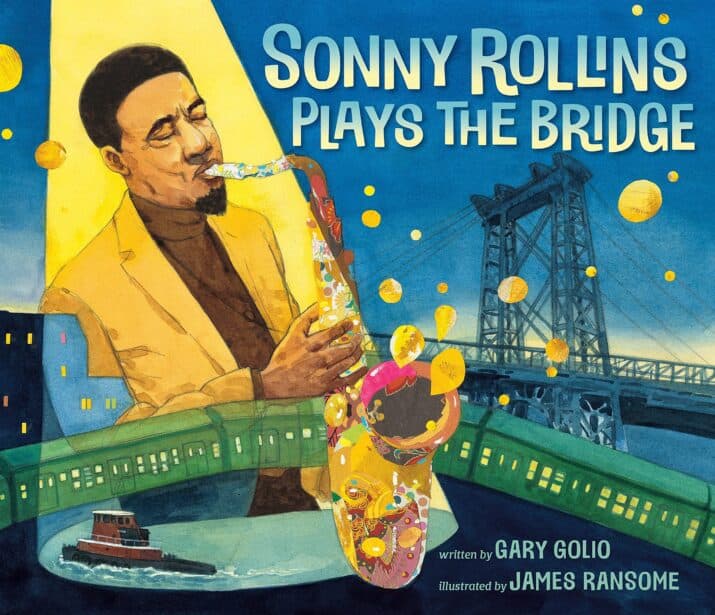 Lyrical and poetic, the writing in this gorgeous picture shows Sonny Rollins’s passion for his saxophone. Rollins, a man who believes in honing his craft, decides to forgo performing and spend his days playing. With his saxophone in hand, he spends his days on the Williamsburg Bridge where he plays anything and everything just as loud as he wants. He’s accompanied by the noises of the city; clanking clanging subway cars, bass notes from tugboats, and squeaking, squawking seagulls. “Sonny’s breath borne through horn in harmony with ALL around him above the sky deep and blue spread out like a smile over Earth…” Golio paints a vivid picture with his words which is exquisitely captured by illustrator James Ransome. Back matter elaborates on Rollins’ career in jazz, the Williamsburg Bridge. 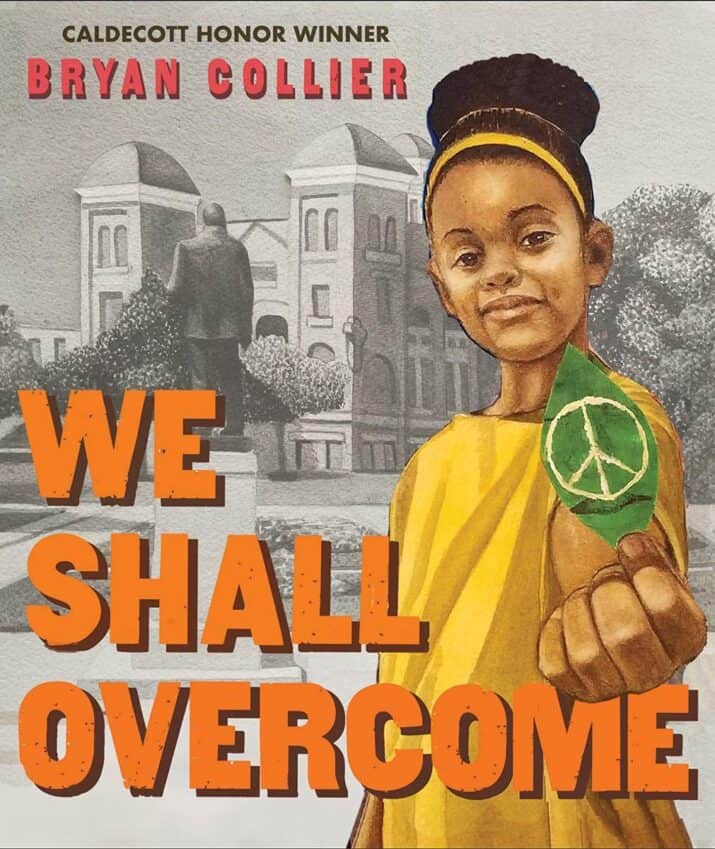 We Shall Overcome by Bryan Collier

The words of this powerful gospel song known often sung during the Civil Rights Movement are illuminated through Bryan Collier’s powerful, oversized illustrations. The illustrations show a young Black girl during her day. She remembers the history of those who have gone before her, like Rosa Parks and ending school segregation, depicted in grayscale. A powerful book and example of the pictures telling most of the story. 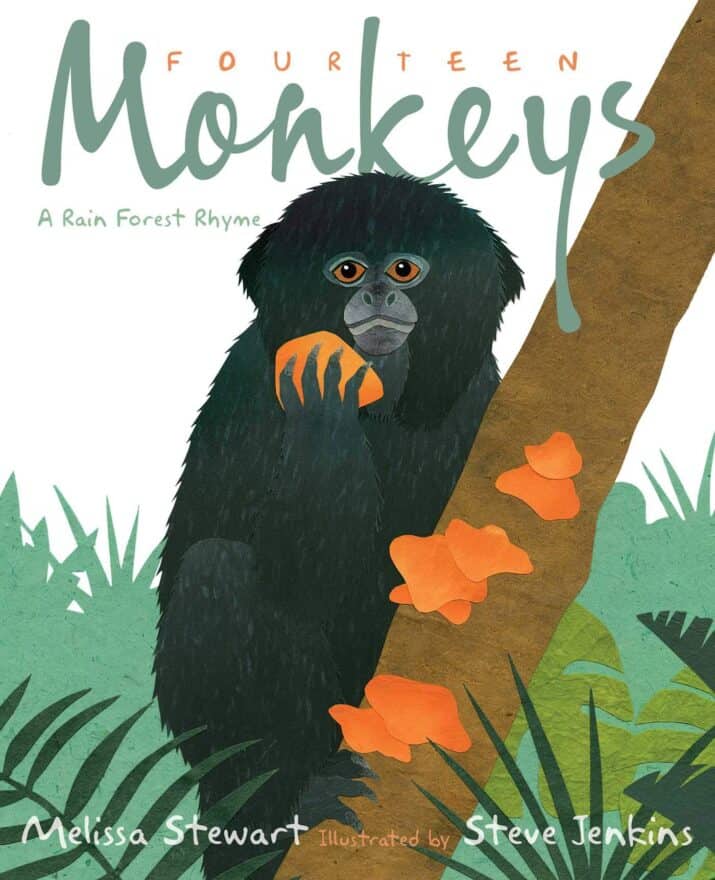 You really can’t pair a more dynamic pair of superhero nonfiction author/illustrator teams than Melissa Stewart and Steve Jenkins. And it shows in this exceptional book about the different species of monkeys living in Manú National Park, Peru. Read the rhyming complete in larger text. “Squirrel monkeys peep and purr, as they stroke their babies’ fur.” Then, notice the dramatic illustrations on the two-page spread and continue reading more information printed in smaller text in two narrative paragraphs. The howler monkeys begin the book and the nocturnal Titis finishes it. After this, the final pages contain a helpful large map of the levels of the rainforest where each monkey lives plus specific facts about each species. 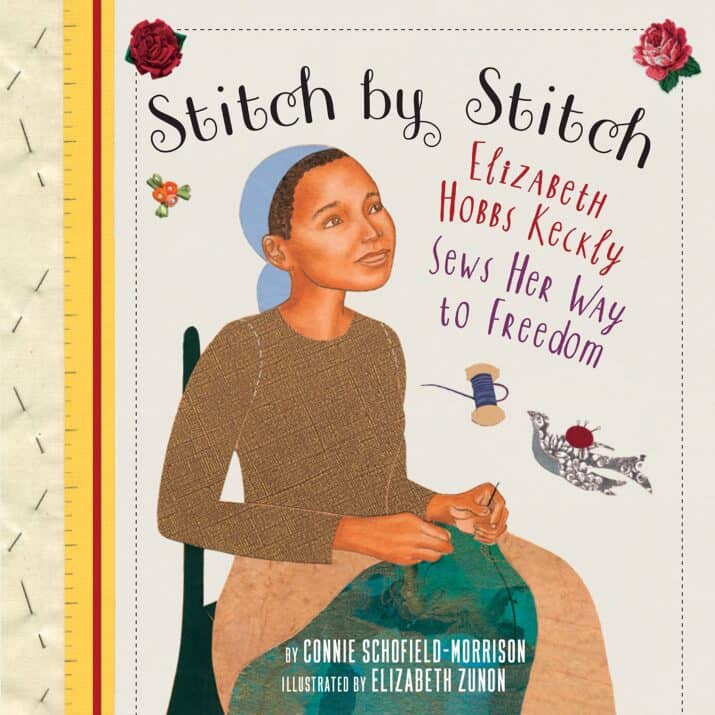 One of the most outstanding picture biographies of the year with stunning mixed-media illustrations of oil, paint, paper, ribbon, lace, and more! Lizzy, born into slavery, worked as a successful seamstress whose work supported her owners. A group of Lizzy’s patrons and friends in St. Louis helped Lizzy buy her own freedom for $1,200 and when she was free, Lizzy worked to pay them back, stitch by stitch. Now free, Lizzy’s clients included the wives of Senator Jefferson Davis and President Abraham Lincoln, fitting them in elegant gowns that were admired by all, even President Lincoln. 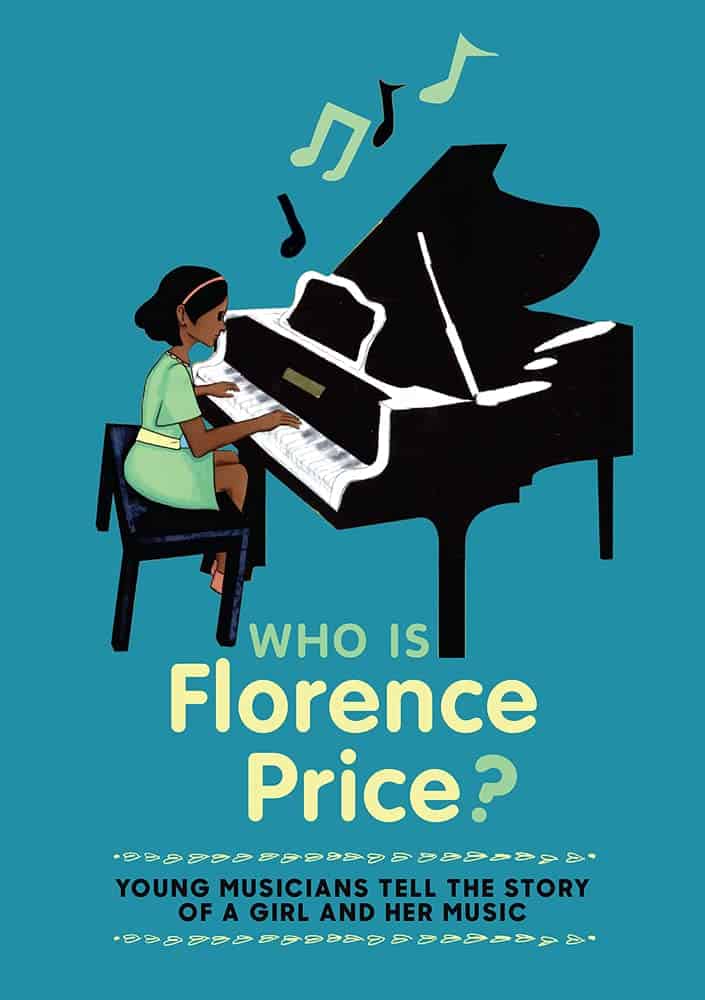 Who Is Florence Price? Young Musicians Tell the Story of a Girl and Her Music by Students of the Special Music School Kaufman Music Center
This is an inspiring story of Florence Price, a music composer who struggled to find recognition. She played and wrote music from childhood, sharing her love of music with her students as an adult. It was difficult for Florence to achieve success with her compositions though because she was Black and a woman but she eventually did when the Chicago Symphony Orchestra performed her symphony. She became the first Black woman to be a symphonic composer! I Am An American The Wong Kim Ark Story by Martha Brockenbrough, illustrated by Julia Kuo
Do you know the story of the law that says that if you’re born in the U.S., you’re a citizen? Read the history in this new picture book. Wong Kim Ark was born in San Francisco. However, after a visit to China, U.S. immigration wouldn’t let him back into the country. So, he sued the U..S. government, arguing that anyone born in the U.S. should be considered an American citizen. He won the lawsuit and now, anyone who is born here is automatically a citizen. 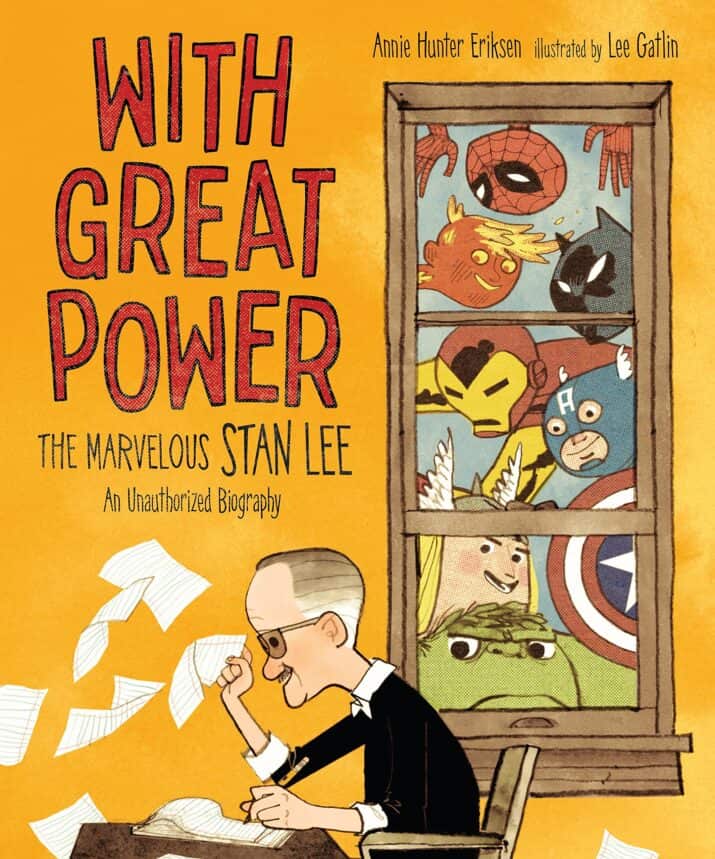 With Great Power The Marvelous Stan Lee An Unauthorized Biography by Annie Hunter Eriksen, illustrated by Lee Gatlin
You can’t do justice to a biography of Stan Lee without exceptional cartoon-style illustrations — and Lee Gatlin nailed it. Stan grew up as Stanley Lieber in New York and he loved stories. He got a job at a cartoon publisher in order to support his family. It led to writing his own stories and becoming the editor at Timely, Atlas, and Marvel Comics. He published a new kind of superhero story with characters called the Fantastic Four and later The Amazing Spider-Man, and put Marvel Comics on the map. 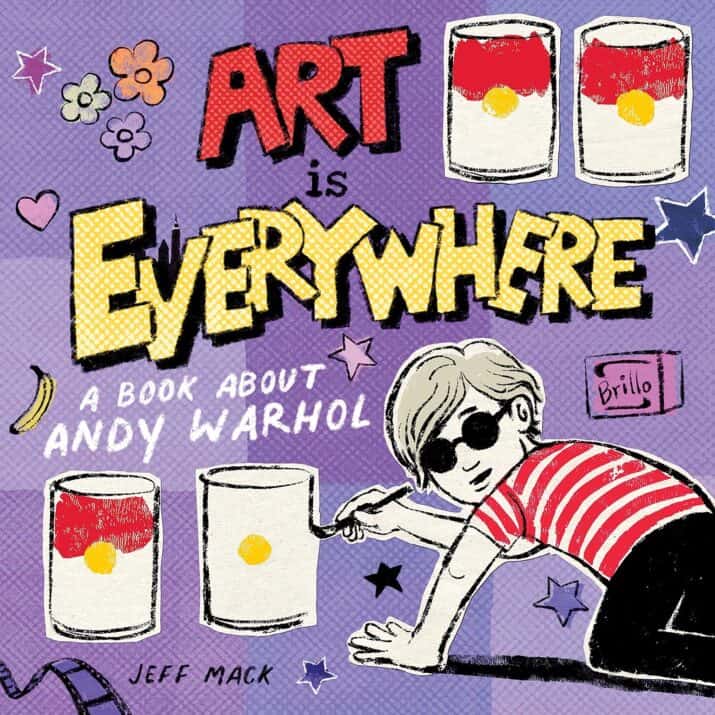 Art is Everywhere A Book About Andy Warhol by Jeff Mack
Written in first person, Andy shares about his life and his artwork, starting with drawing shoes and working with his mom. He loved wearing wigs and started drawing things around him — like soup cans and boxes of soup pods. He reflects on the criticism that his art isn’t really art and asks you how you can tell when something is really art. Clear narration and cool-looking artwork make a compelling artist biography perfected for elementary-age readers. 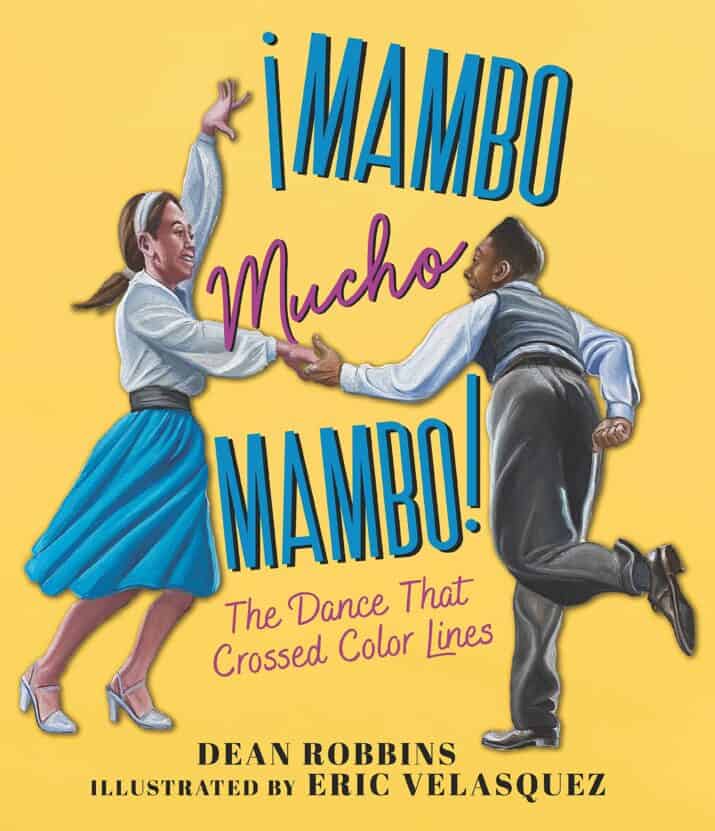 Mambo Mucho Mambo the Dance That Crossed Color Lines by Dean Robbins, illustrated by Eric Velasquez
This is the history of in 1940s New York, how a dance called the Mambo helped to desegregate dance halls. When Machito and His Afro-Cubans brought the Mambo to New York, dancers from all backgrounds loved it. Their exuberance brought them together at the Palladium Ballroom who made a daring move to open to all races and ethnic groups who wanted to dance. 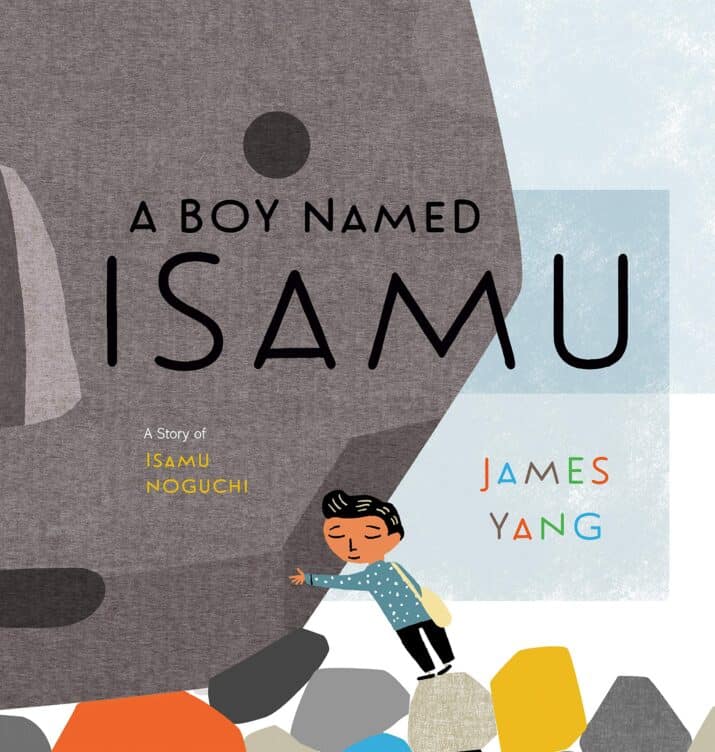 A Boy Named Isamu: A Story of Isamu Noguchi by James Yang
Written in second person with interactive questions, see with the eyes of this artist. If you’re a boy named Isamu, you like to be alone. You toss grass in the air, think about rocks, drag sticks in the stand, and play bamboo like a flute. Simple text and illustrations will introduce readers to the way this Japanese American artist sees nature. 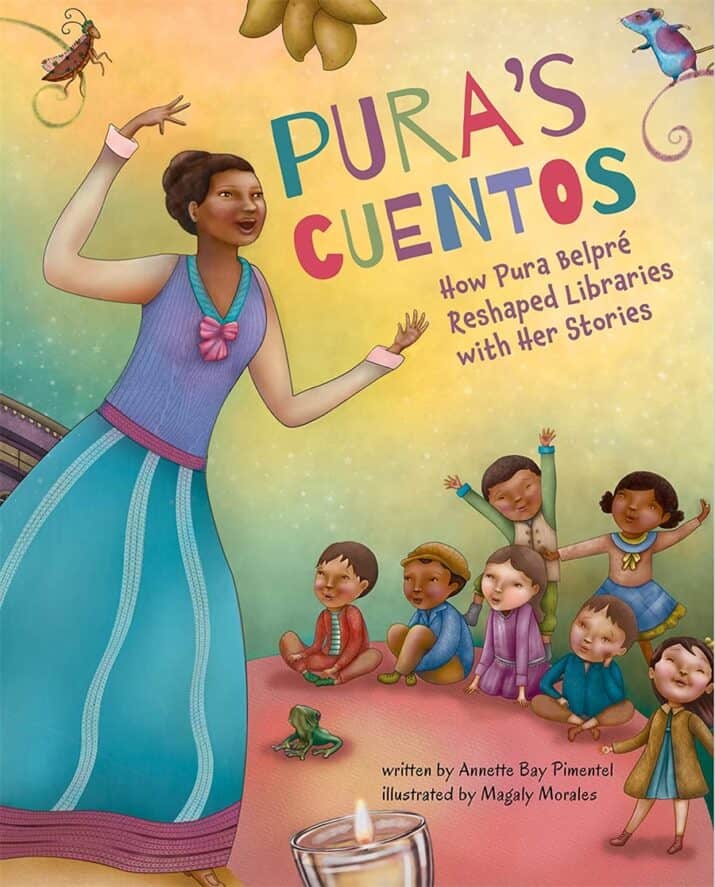 Pura’s Cuentos: How Pura Belpre Rehsaped Libraries with Her Stories by Annette Bay Pimentel
Pura is a joyful librarian who brings her Abuela’s Puerto Rican folktales to life during storytime with children at the New York library–even when she wasn’t supposed to tell stories that weren’t in a book. She eventually wrote a book long after she became the most popular bilingual storytime librarian. Enchanting folktale illustrations. 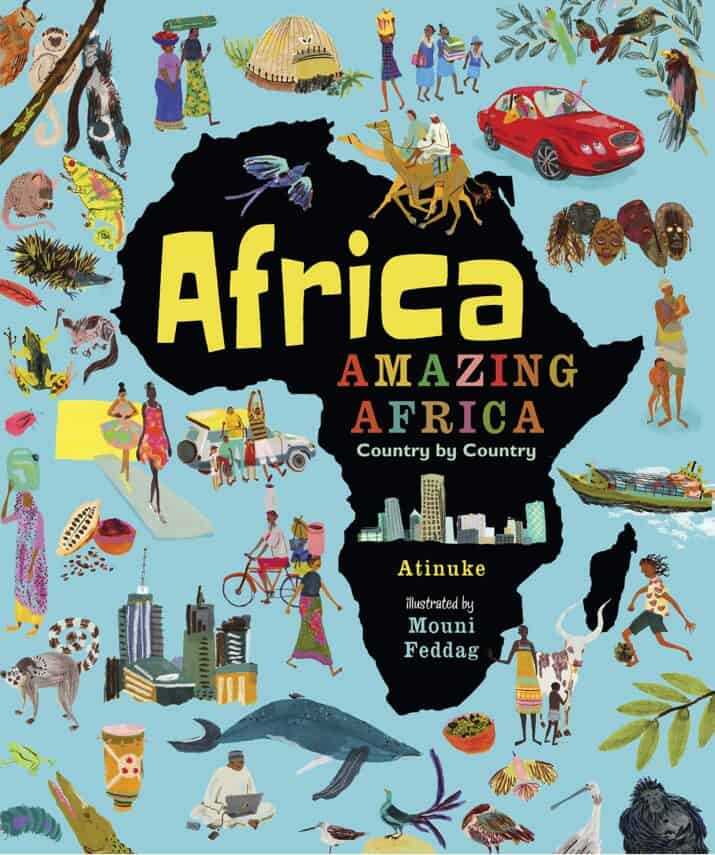 Africa, Amazing Africa Country by Country by Atinuke, illustrated by Mouni Dddag
Filled with colorful illustrations and interesting information, this is an essential guide to the geography culture, and language of Africa. Atinuke highlights the important things for each country then gives some footnotes for more context. It’s a book that belongs on classroom and school library shelves, kids will pour over the pages of digestible information and appealing illustrations. 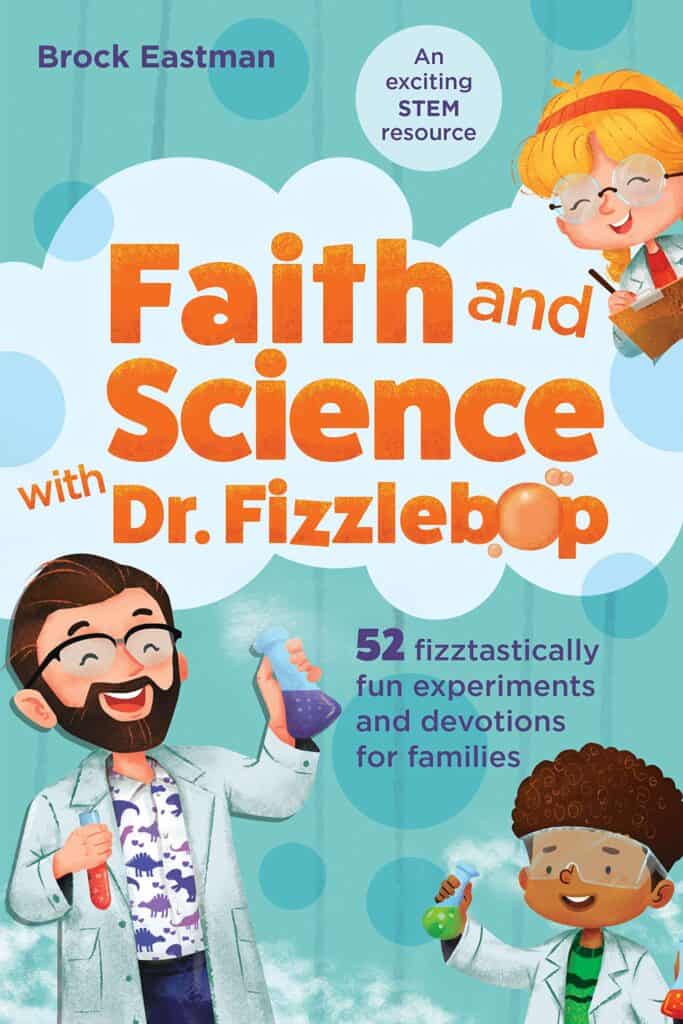 Faith and Science with Dr. Fizzlebop: 52 Fizztastically Fun Experiments and Devotions for Families by Brock Eastman
You don’t have to be a Christian homeschooler to love this science-themed devotional book of experiments that the author connects to the Bible. The experiments look so fun (I’ll do a full review on them soon) and I like how Eastman connects science to God’s design in a kid-friendly way. For example, after making gummy worms dance with a chemical experiment, read a devotional about David’s worshipful dancing or after observing a bone in vinegar, read a devotional about building your life on a strong foundation. The design, illustrations, and directions are all appealing and engaging. Each experiment includes an introduction, a supply list, directions, a related scientific explanation, a devotional, a prayer, and sometimes you’ll find Fizz extras, Fizz facts, and QR codes. 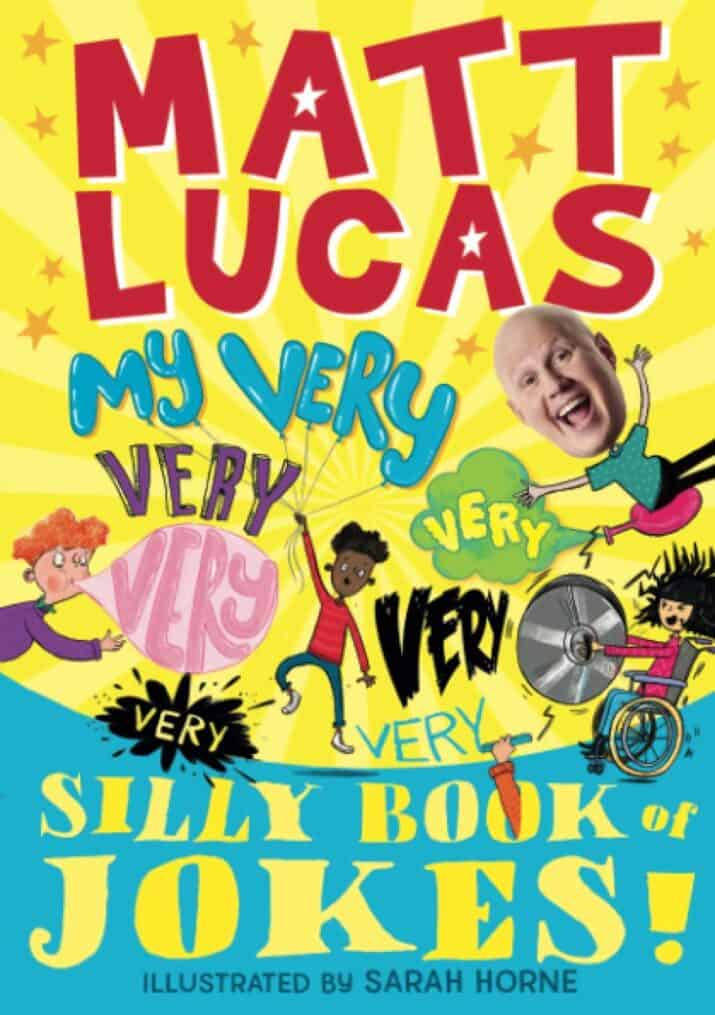 Matt Lucas My Very Very Very Very Very Very Very Very Silly Book of Jokes by Matt Lucas, illustrated by Sarah Horne
JOKES
Perhaps if you’re a 6 – 9-year-old, you would love this book? I’m not the correct demographic, nor are my kids, so take my opinion for what it is — but we thought these jokes and stories weren’t very funny. Also, keep in mind that it’s written by a Brit so you’ll find topics like UK football (soccer) teams and the Queen. Also, there are more “funny” stories than short jokes which may not appeal to some readers either who prefer short joke formats. 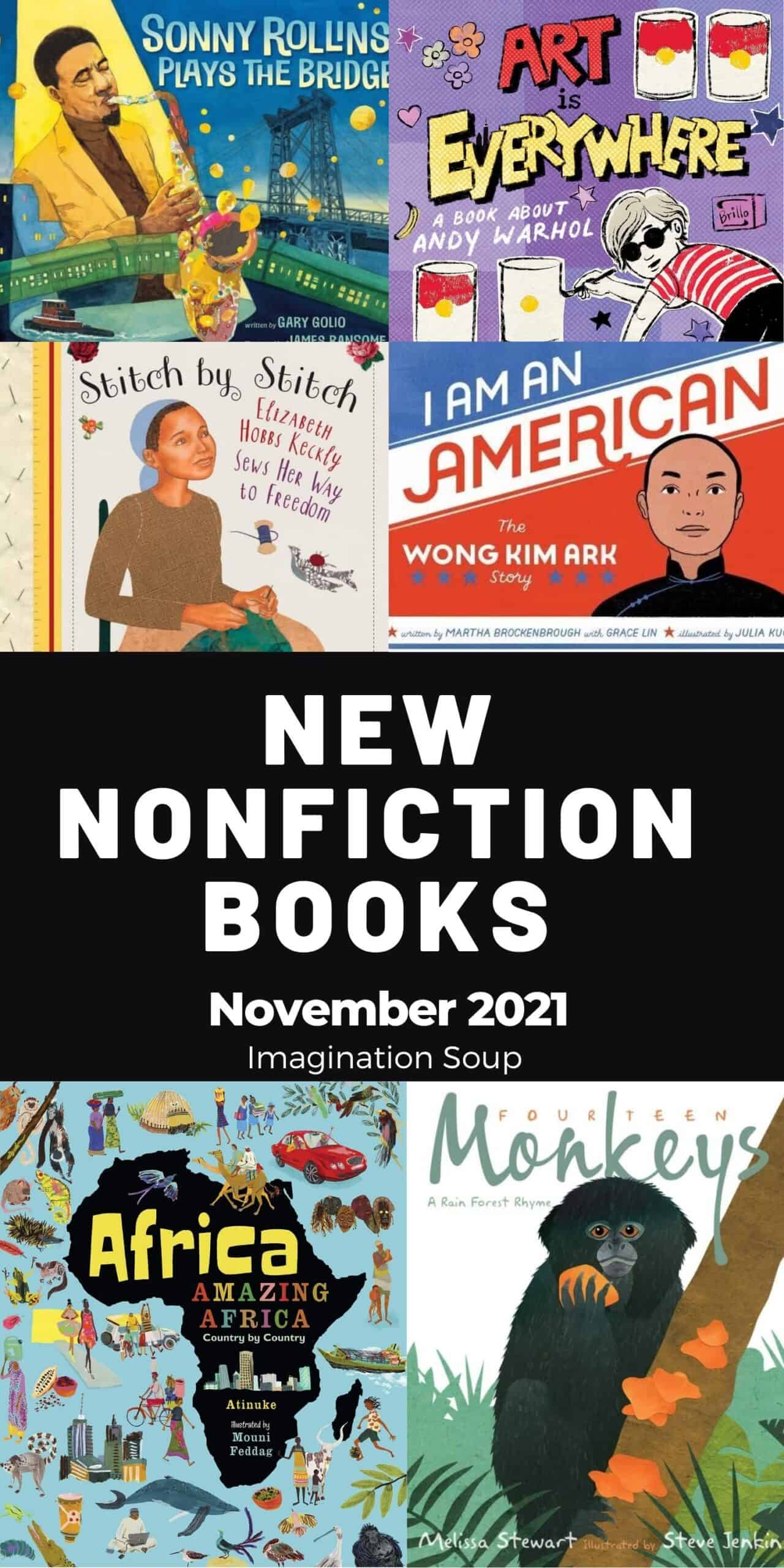 The Best Poetry Books for Kids

Scorpions and Butterflies by Barbara Dee

What Learning Benefits Happens When Kids Listen to Lunii Storyteller?