Disclosure: I partnered with Appy Learning Co. to bring you this information.

My three year old just realized that not everyone is bilingual. My gut reaction was to be super proud of all the hard work I’ve done to make sure she and her older sister are fully bilingual in English and Spanish. When I grew up, I didn’t even know there were languages other than English.

But then she told me she wanted to speak French like “Fancy Nancy”… and that’s when I realized I most likely have a little polyglot on my hands. So I was looking for a way to introduce French to the girls when I learned about the Little Chatterbox app for iPhone.

Go here to download it here on the App store.

We downloaded the Little Chatterbox app and I was so excited to find that we could select both our source language and our target language. We chose to learn French from Spanish, which I loved. First, because this would reinforce our home language of Spanish and second because since both languages are romance languages, they have many words that sound similar or are spelled similarly.

We started out with the ocean environment where there was a nice ocean scene with gorgeous graphics. The girls loved tapping on an animal. When they did, two boxes would pop up. One had a native Spanish speaker who pronounced the word in Spanish, and the word was also written underneath the child’s picture. 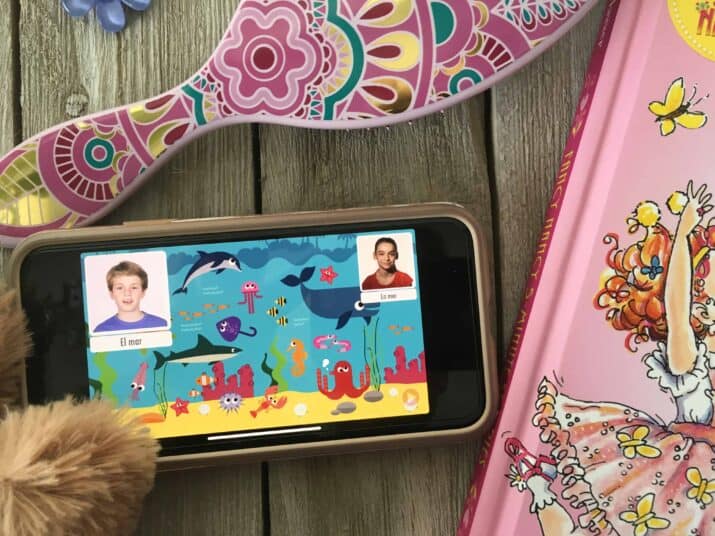 After we went through each of the words individually, there was a quiz game. The native speaker would say the word and my girls tapped the corresponding sea animal. They had fun pronouncing the word along with the children on the app and trying to remember which word corresponded to which image.

There were quite a few environments for the girls to choose from– ocean, beach, home, bedroom, classroom, zoo, a fantasy book environment, the forest, body parts, the farm, vegetables and fruits, family photos, medical environment and more. It’s a total of 300 new words.
I also love that there were eight languages to choose from as well: Mandarin, Spanish, Russian, French, German, Hebrew, Japanese and English. The English is even in UK and US dialects, which was fun as our girls are enjoying the British accents when they use their Lunii storyteller.

The Parents Choice Foundation approves and recommends the app, and I can see why. It’s a great way to get a wide variety of world language vocabulary in front of young children at the time when their brains are most receptive to learning other languages. The app suggests practicing 10 minutes a day, and I think that is about the maximum I would recommend. 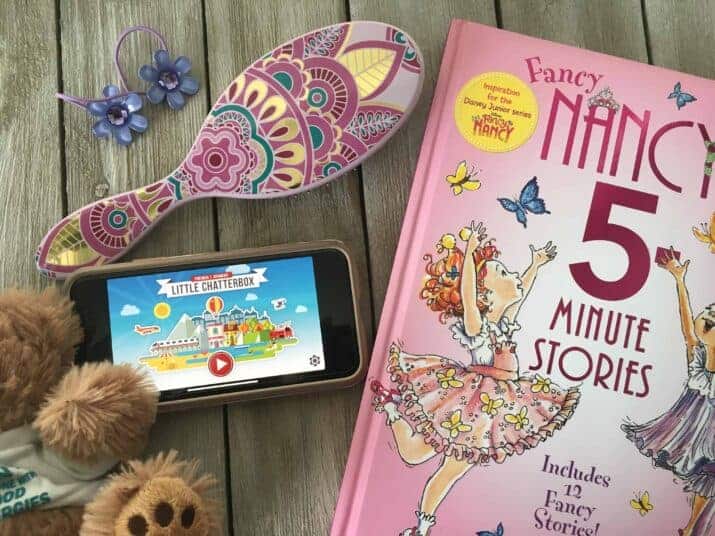 would say that the app does a great job of introducing vocabulary in isolation for kids who are looking to learn a second language. However, the app does not give the words in context, and there isn’t long, sustained exposure to the second language. It really is a vocabulary app to use to expose kids to the idea of foreign language and to give them words in isolation.

For tons of language learning fun download Little Chatterbox today- there is a free trial available and $3.99 to unlock additional word packages or $9.99 for unlimited word packages. VISIT: https://littlechatterbox.com. 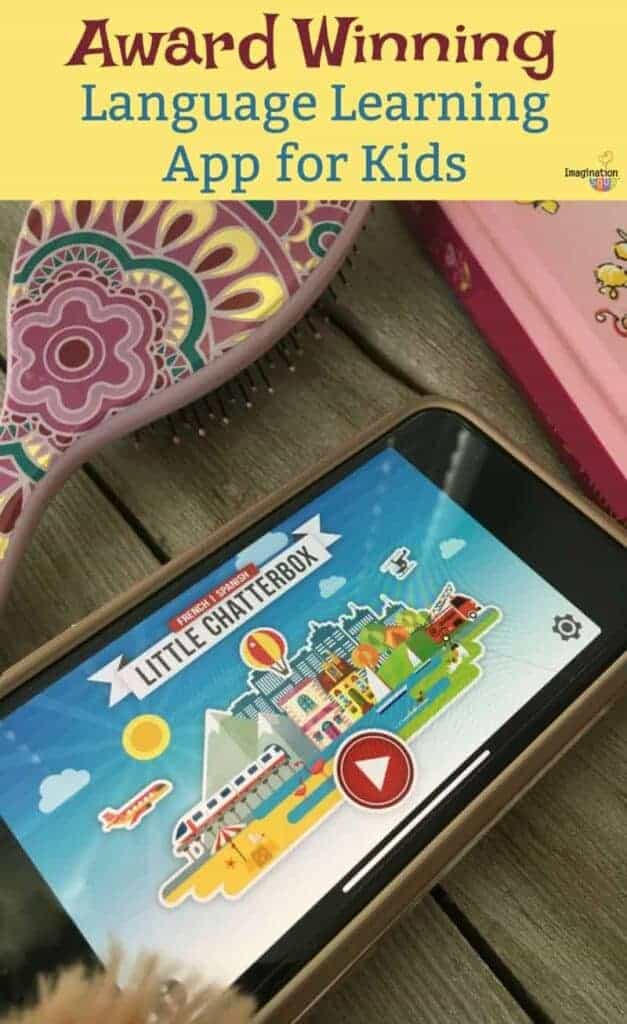 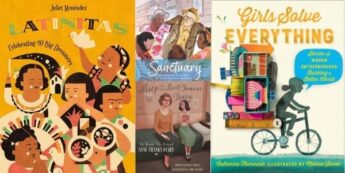