Now, for some of the best, new children’s picture books published this summer that your kids will love . . . 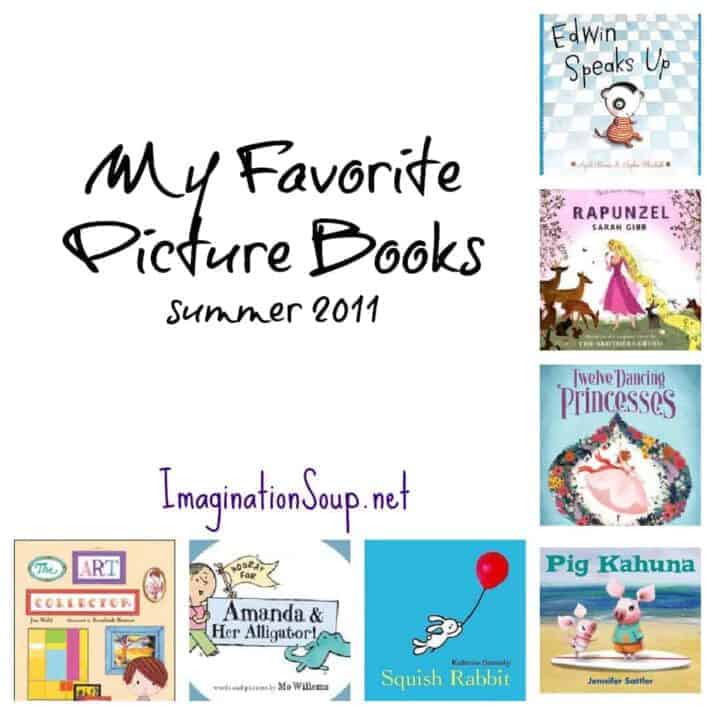 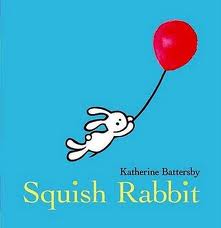 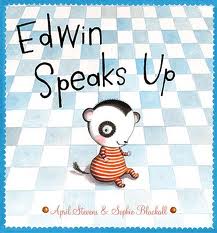 Edwin Speaks Up by April Stevens and Sophie Blackall

My kids think this picture book is absolutely hilarious! Which is true because Edwin, even though he’s a baby, is one smart kid who talks a lot. The problem is his family doesn’t understand what he’s saying. We can understand Edwin though, even when he says, “Fringle dee ROOFY plowck.” You’ll see . . . 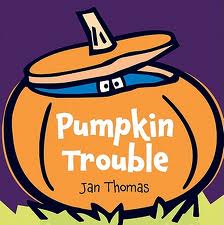 We love Jan Thomas books and her newest, slapstick picture book about a Duck who gets stuck in a pumpkin doesn’t disappoint. Reminiscent of Elephant and Piggie humor, you’ll enjoy the communication problems between Pig, Mouse and Duck about pumpkins. It’s a great non-scary book for Halloween. 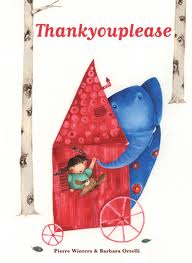 Six year old Nina wears her hair in braids, is often grumpy, and talks back to her mommy. One day, when Nina is outside calming down, she hears a voice calling to her from a hole in a tree. She peers in and discovers the Circus of Good Manners led by a Ringmaster named Thankyouplease. She watches as men performing on the beam turn somersaults and say “Good morning!” “Good afternoon!” and “Goodnight!” When Nina joins in, she must use the same polite words, too. Nina watches more performers, eats cotton candy, and learns more lessons in manners. When she returns home, Nina knows what to kind things say to her mommy and her dog, Hugo. We enjoy this clever picture book story of teaching children manners. 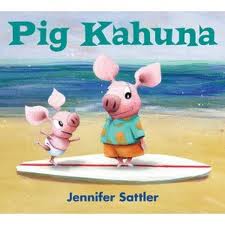 Adorable Fergus and his little brother Dink love the beach and collecting treasures there – seaweed, pebbles, shark teeth?. But they don’t love the ocean; Fergus knows that the water contains lurking, murky ickiness. . . One day the brothers find a surfboard which they decorate and name Dave. Dink realizes that Dave might want to return to his watery home. What will happen when Fergus sees Dave drifting away? Will he get in the water? 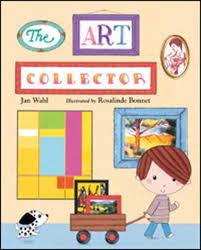 The Art Collector by Jan Wahl

Oscar isn’t an artist but he is an art appreciator. Starting with the red crayon chicken drawn for him by his great-granny, Oscar frames and collects art he loves. The book describes the different paintings, how they seem different to him some days, that he says good-night to them, and how it grows so big that a museum had to be built to hold it. JJ loves this book. 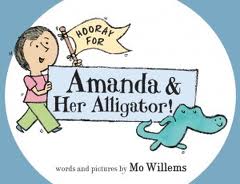 Hooray For Amanda & Her Alligator by Mo Willems
George and Martha books are some of our favorite books so when I read Hooray For Amanda and Her Alligator, I felt like I was reading an homage to George and Martha but with a girl named Amanda and her stuffed alligator. Told in 6 1/2 vignettes, the stories are all about surprises – a surprising surprise, an un-surprising surprise, a surprising tickle, a surprising value, a surprising . . . you get the idea. Both funny and poignant, this new series of Willems is an essential book for your collection. Listen in when Alligator discovers his price tag was only 7 cents.

“Seven cents!” gasped Alligator.
“Why am I only worth seven cents!?”

Amanda did not say anything.
“Tell the truth!” said Alligator.

Amanda told her alligator. “No one wanted
to buy you because they knew you were
meant to be  my best friend.”