Whether in the classroom or at home, children need quality nonfiction and historical fiction books that illuminate our history. In this case, the Civil Rights Movement.

If you’re looking for a book to read to remember Martin Luther King, Jr., pick one from this list.

I am only including books about the origins of The Civil Rights Movement. We all know that the cause of Civil Rights is nowhere near complete.

If you want more current books, check out the lists for Black Lives (coming soon), Activism, and Anti-Racism. 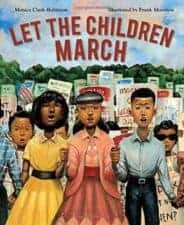 Let The Children March by Monica Clark-Robinson, illustrated by Frank Morrison
PICTURE BOOK
You’d be hard-pressed to find a more perfect historical picture book. I love the way the author uses the right amount of text to share the events leading up to a Birmingham, Alabama march made up only of children and teens. The illustrations are dynamic, too, showing expressive children and passionate adults — each two-page spread evokes an emotion. I LOVE this book so much. A must-read for Black History Month and any time of year. 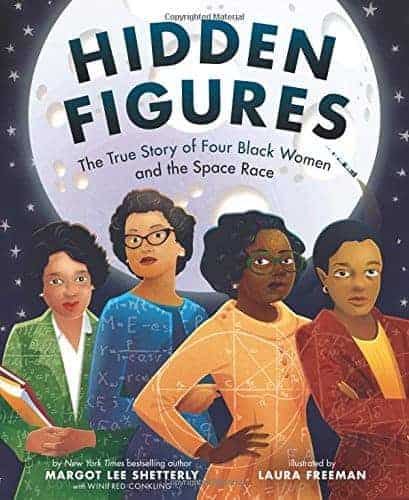 Hidden Figures: The True Story of Four Black Women and the Space Race by Margot Lee Shetterly, illustrated by Laura Freeman
PICTURE BOOK
An essential book for Black History Month, learn about Dorothy Vaughan, Mary Jackson, Katherine Johnson, and Christine Darden who worked for NASA during a time when being women and black was a lot harder than in today’s world. It’s really cool to learn about the work they did, providing calculations that made a difference in the world and set a new standard for other black women. 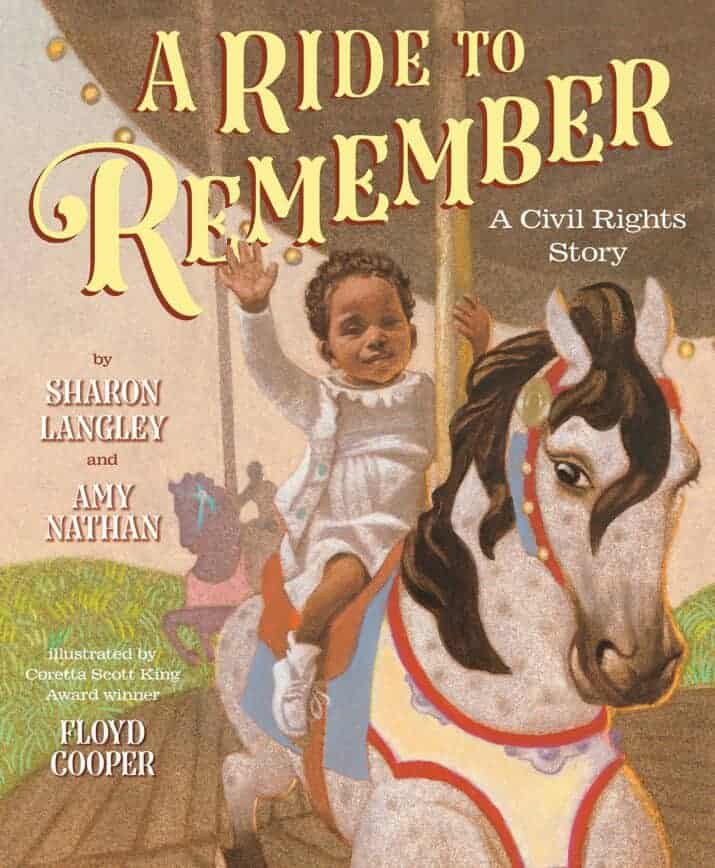 A Ride to Remember: A Civil Rights Story by Sharon Langley and Amy Nathan, illustrated by Floyd Cooper
PICTURE BOOK
Sharon Langley narrates her childhood growing up in a community whose amusement park wouldn’t allow people of color. People, both black and white, protested at the park, even getting arrested. Their stories made the TV and papers and eventually, the park’s owners agreed to let everyone into the park. And guess who was the first child of color to go? Sharon Langley! Her story shows the power of peaceful protests to make social change. 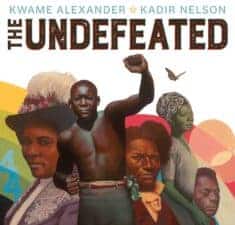 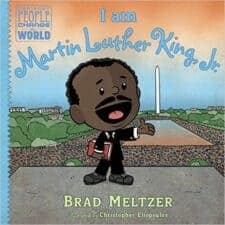 I am Martin Luther King, Jr. by Brad Meltzer, illustrated by Christopher Eliopoulos
PICTURE BOOK
This nonfiction biography series for young readers is absolutely fantastic. The latest is this book about Martin Luther King, Jr. whose cartoon illustration will give you a chuckle — since it’s he’s a kid with a mustache. We learn about when a white friend wouldn’t play with him because he was black and how much that hurt him as well as how much the injustice in the world bothered Martin. The biography does NOT end with his death but ends on a positive note of standing strong and facing struggles. 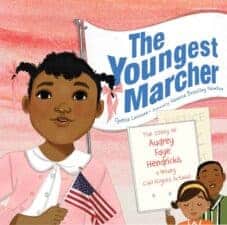 The Youngest Marcher: The Story of Audrey Faye Hendricks, a Young Civil Rights Activist by Cynthia Levinson, illustrated by Vanessa Brantley-Newton
PICTURE BOOK
9-year-old Audrey Faye Hendricks wanted to do her part and picket white stores and march to protest unfair laws. She became the youngest child to be arrested in Birmingham, Alabama in 1963. Her life story is very inspiring.

Someday is Now: Clara Luper and the 1958 Oklahoma City Sit-Ins by Olugbemisola Rhuday-Perkovich, illustrated by Jade Johnson
PICTURE BOOKS
I love the captivating folk-art style illustrations, the repetitive text of “separate and unequal” and “someday was now,” plus that it’s a true story. It’s about an amazing woman named Clara who advocated for justice and equality during a time when black people weren’t permitted the same rights as white people. As a teacher, she inspired her students to believe that change was possible. Read how Clara and her students went to the Katz drugstore and asked to be served — even though the store didn’t serve black people. 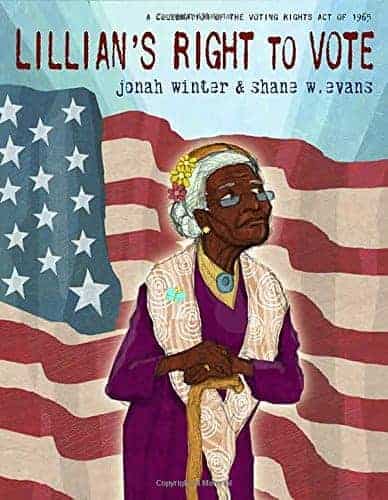 Lilian’s Right To Vote: A Celebration of the Voting Rights Act of 1965 by Jonah Winter, illustrated by Shane W. Evans
PICTURE BOOK
Blueish-tinted illustrations capture the somber mood of Lillian’s memories in this historical nonfiction picture book. Lilian’s memories begin with her great-great-grandparents who were slaves, sold, and separated from each other. As Lillian remembers all people who struggled to gain equal rights and all who have gone before her, she walks slowly up a steep hill to cast her vote. Gaining the right to vote was a journey, somewhat like her steep climb up the hill. 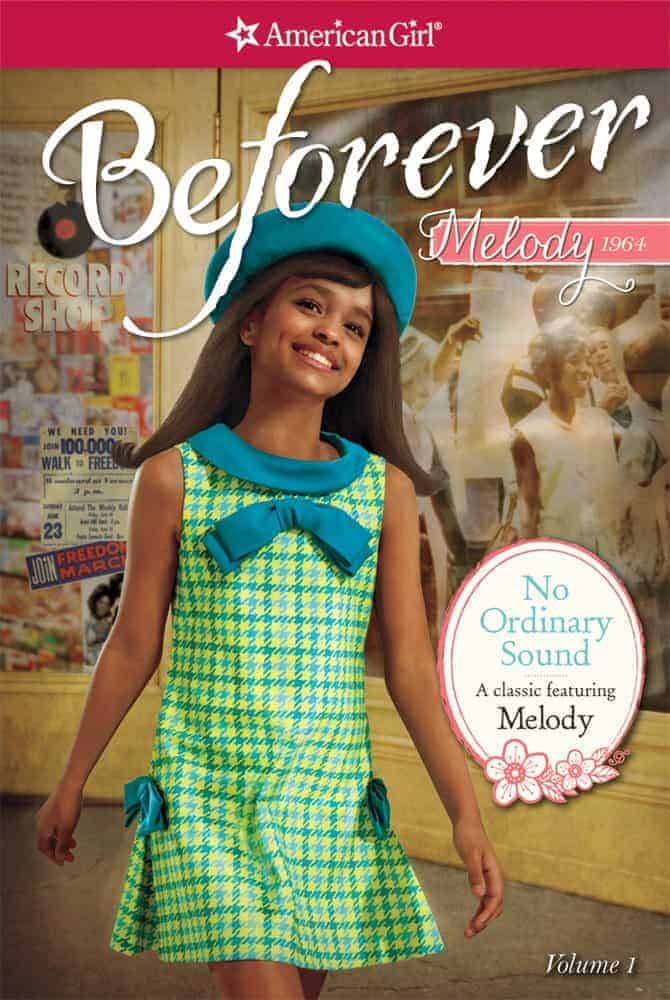 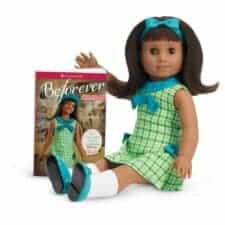 Melody: No Ordinary Sound by Denise Lewis Patrick, illustrated by Juliana Kolesova
This story is set in the 1960s in Detroit, Michigan during the times of the civil rights movement. Melody is excited to sing a solo for her church inspired by the inspirational words of Dr. Martin Luther King Jr. When a horrible tragedy happens in the South, Melody feels like she has no voice. How will she overcome the unfairness and unjustness to sing once again? 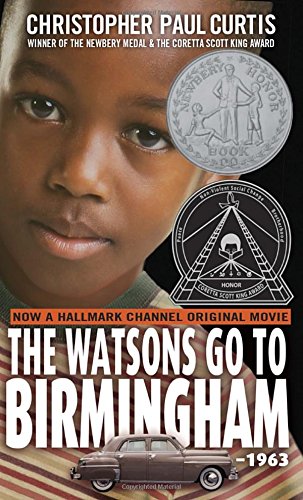 The Watson’s Go to Birmingham by Christopher Paul Curtis
The Watson family drives from Flint, Michigan to Birmingham, Alabama to visit relatives in the 1960s where they hope to set their son, Bryon, straight. The car trip builds up to the deeply disturbing church bombing where their grandma goes to church. This is a moving story filled with hope and humor. Newbery Award Winner. 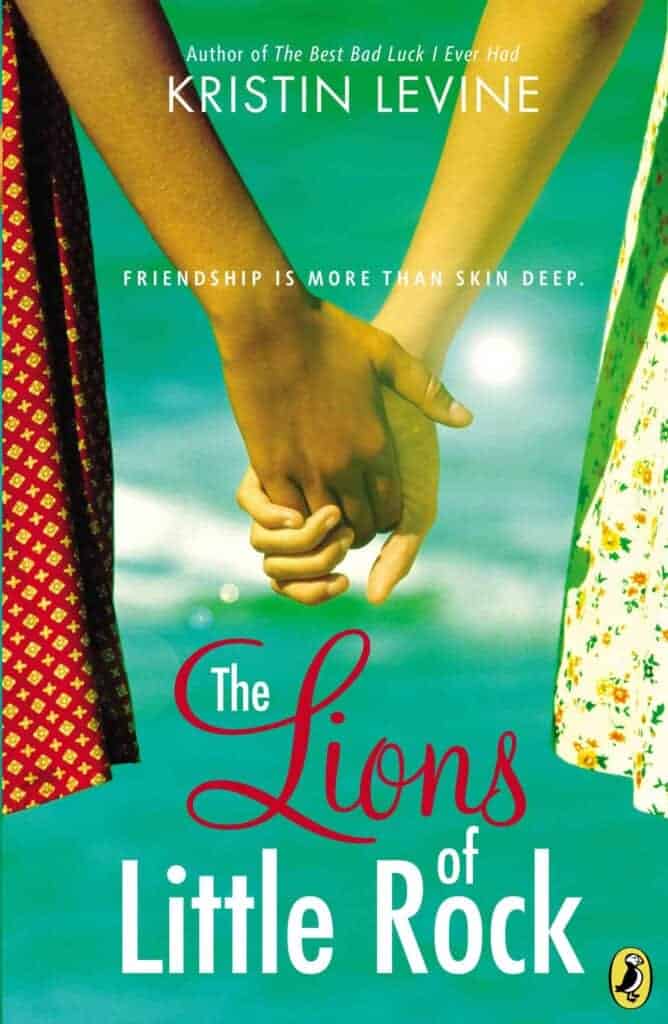 The Lions of Little Rock by Kristin Levine
Two good friends are separated by segregation in 1958 Arkansas. But their friendship is becoming dangerous with the KKK, phone threats, and a police force that does nothing. 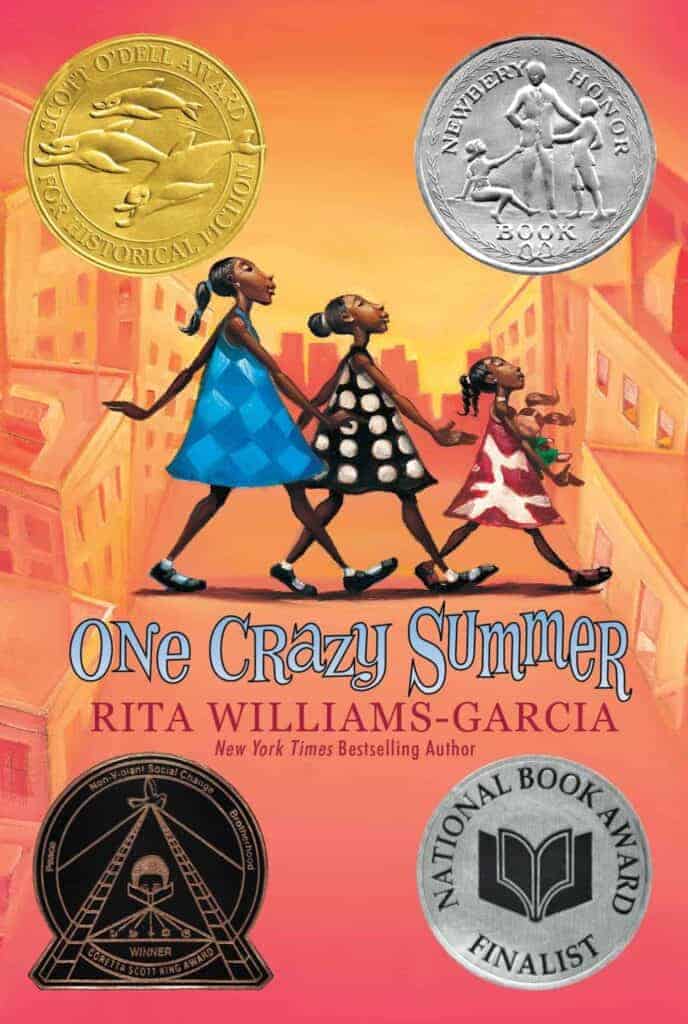 One Crazy Summer by Rita Williams-Garcia
Sent to live with the mother that abandoned them, these sisters are in Oakland, California for the summer. There they go to a Black Panther day camp and try to connect with their distant mother. Newbery Honor Book. 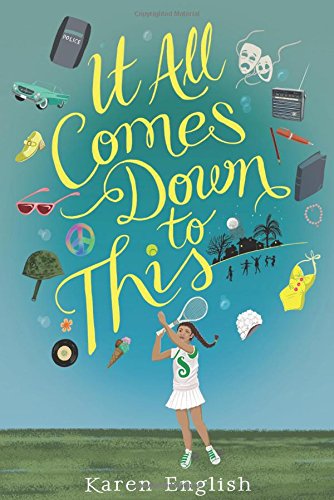 It All Comes Down to This by Karen English
Experience the 60s in Los Angeles, a turbulent time of racism and burgeoning activism, from the perspective of Sophie, a sweet black girl who lives in an all-white neighborhood. Her parents’ marriage is in trouble, her sister is about to leave for college, and her best (white) friend has moved on. Surprisingly, Sophie’s strict, disapproving housekeeper becomes an ally, something Sophie needs during the challenges of life and growing up. Well-crafted story and characters. 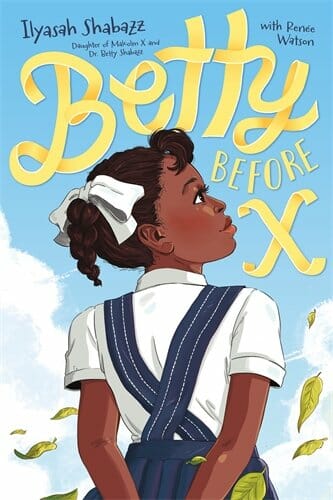 Betty Before X by Ilyasha Shabazz and Renee Watson
I devoured this compelling, well-written story about a year in the teen life of Betty who later became well known for being the wife of Malcolm X. Betty’s mother seemed to despise her but Betty had good friends and younger siblings who loved her. Eventually, kind church friends took her in and adopted Betty. During this period of her life, we see the importance of church, counting her blessings, the activist housewives group she belonged to, and how family is what you make it. Reading this account made me want to know more about the rest of her life! 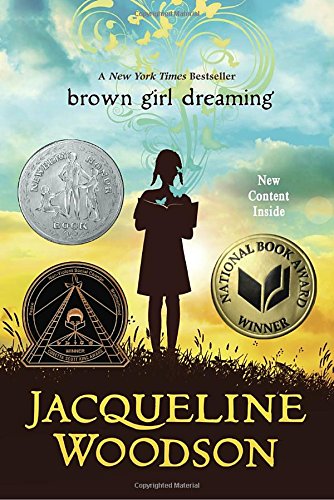 Brown Girl Dreaming by Jacqueline Woodson
Written in verse, Woodson shares her experience of growing up as an African American girl in the 1960s and 1970s. Newbery Honor Book. 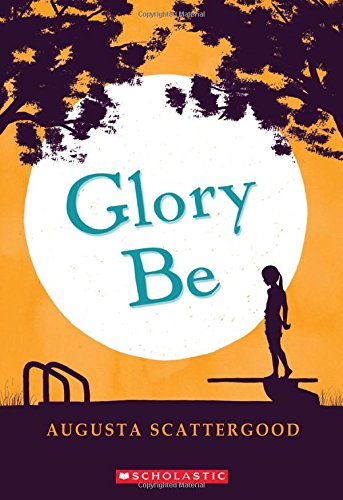 Glory Be by Augusta Scattergood
It’s the summer of 1964 in Mississippi. Glory’s older sister ignores her, things are awkward with her best friend, Frankie, and the town is in an uproar about the segregated pool, closing it down for “repairs”. We Were the Fire: Birmingham 1963 by Shelia P. Moses
An important, powerful book about civil rights, family, and agency set in segregated Birmingham in 1963. After Rufus’s mom gets remarried, his family moves from their Bully Hill shack into a bigger house in a white neighborhood–and it’s a problem for some of the white folks. Rufus watches it all– the way people are treated — and how the adults in his life stand up to racial inequality by protesting for human rights. His mom forbids him to attend the protests, afraid of what might happen to him, but Rufus disobeys her and stands up for what he believes is right. He joins thousands of other kids who peacefully protest later called the Children’s Crusade– even when the police and firemen spray them with water hoses. A must-read! 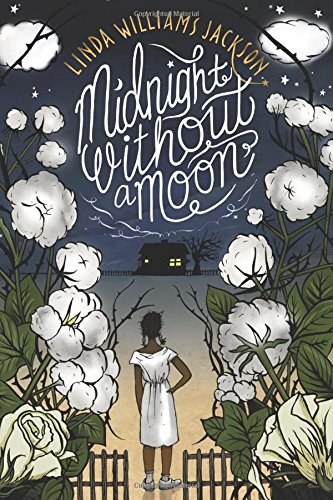 Midnight Without a Moon by Linda Williams Jackson
Linda Williams Jackson masterfully shares a story that makes the history of the 1950s in Mississippi come to life through her compelling characters and plot. Rose Lee Carter is a girl who is raised by her grandma and father. She works in the cotton fields and is best friends with the preacher’s son. She dreams of leaving Mississippi for the north like her mom and aunt, especially after the white men who killed Emmett Till are found not guilty in a real-life historical trial. 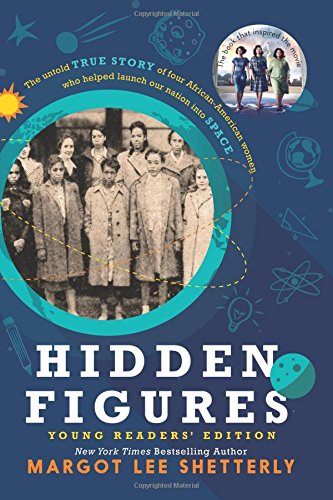 Hidden Figures (Young Readers’ Edition) by Margot Lee Shetterly (YA)
I liked how the author blends the historical realities with the true inspiring life stories of four mathematically talented women. They worked to build this country’s aviation and aeronautical programs starting from the Civil Rights era to the Space Race and the Cold War to the fight for gender equality. The text includes black-and-white photographs documenting the women’s lives and the historical events which add to the reader’s understanding. 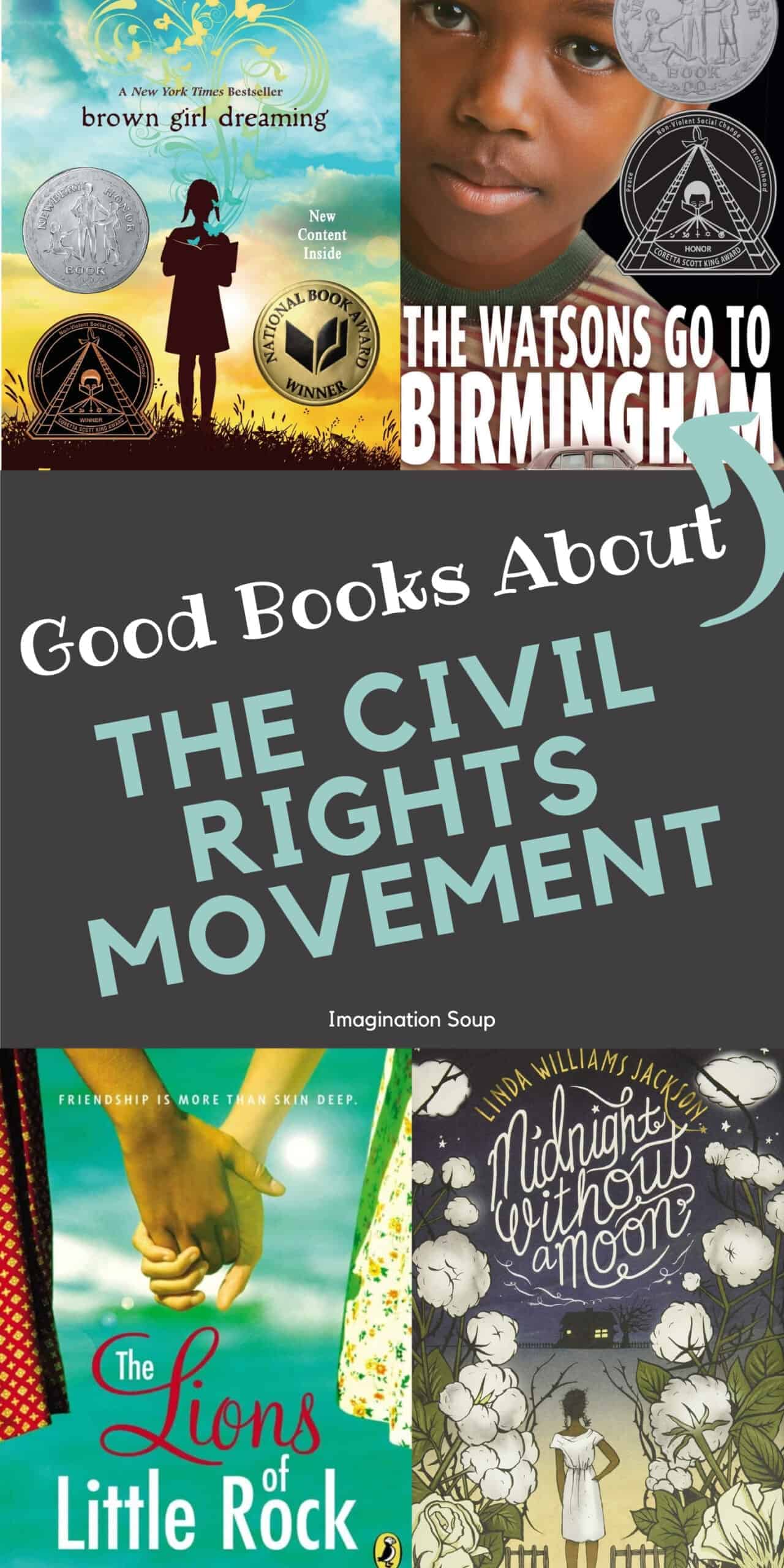 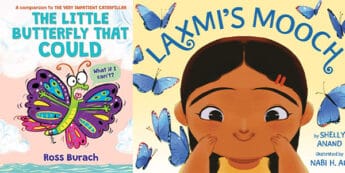 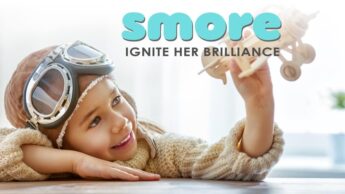