When I read through Dr. Toy’s top 100 best toys, I saw Monkeying Around’s Dot to Dot books. I wondered what could make a dot-to-dot book that different than any other dot-to-dot book – enough to win an award?

These aren’t your preschooler’s dot-to-dots.

They’re the coolest dot to dot pictures you’ll ever see designed by David Kalvitis. You can’t guess (or at least I can’t) what the picture will be until it’s done.

The books start out with a sizeable amount of numbers to connect, the lowest number of dots in Book 1 is 33, the highest number in Book 1 is 350. Which means these are for older kids — eight and up. (Terri at Monkeying Around said their books are very popular with senior citizens!)

Some puzzles even cover 2 pages. 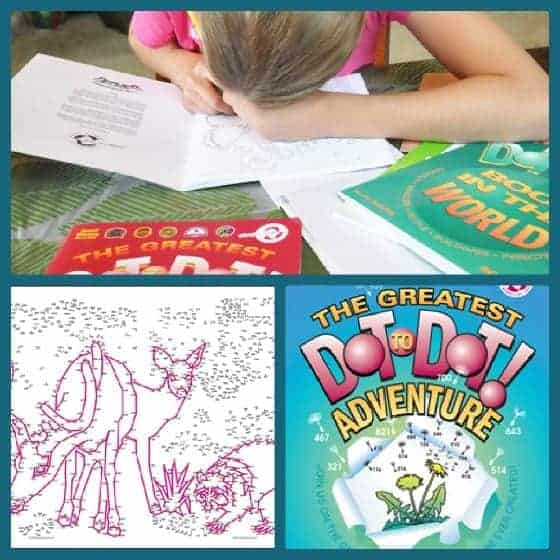 I spent a flight to Orlando doing The Greatest Dot-to-Dot! Adventure: Book 1. I’m telling you, it’s surprisingly relaxing and incredibly fun. I never would have thought . . . 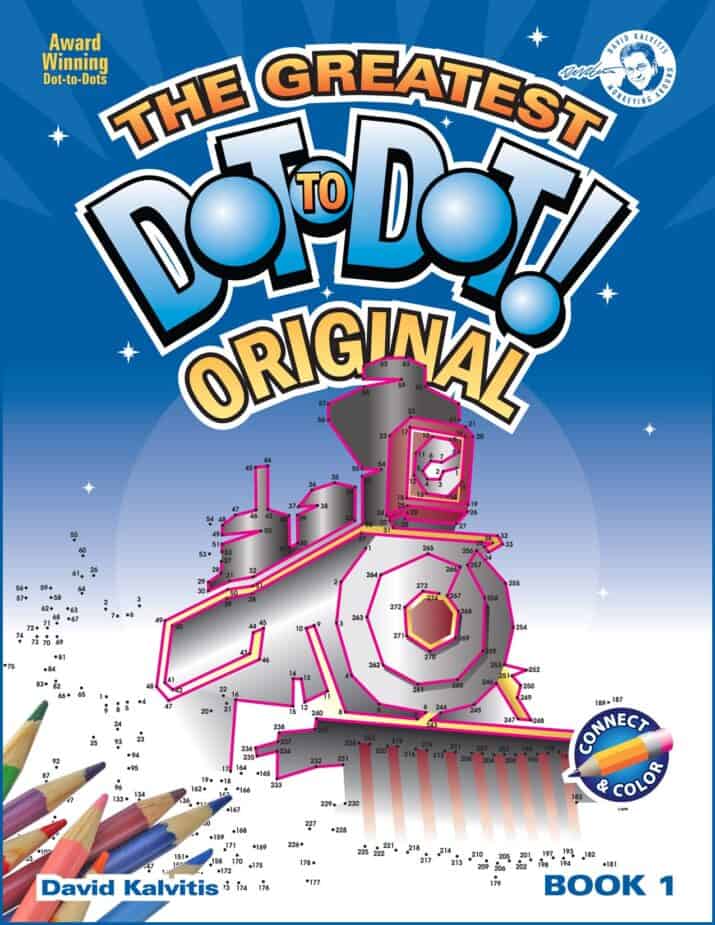 Oh, and my kids like these dot-to-dots, too. JJ not as much as AJ because she’s younger (7 years old). AJ (10 years old) has her book open on the dining room table. She spends 10 – 20 minutes at a time on her puzzles when she wants some downtime. Then, she leaves it for later. 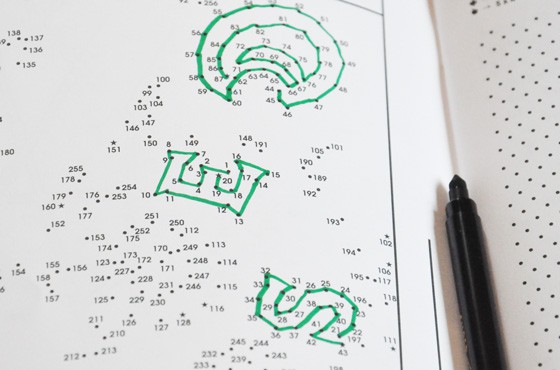 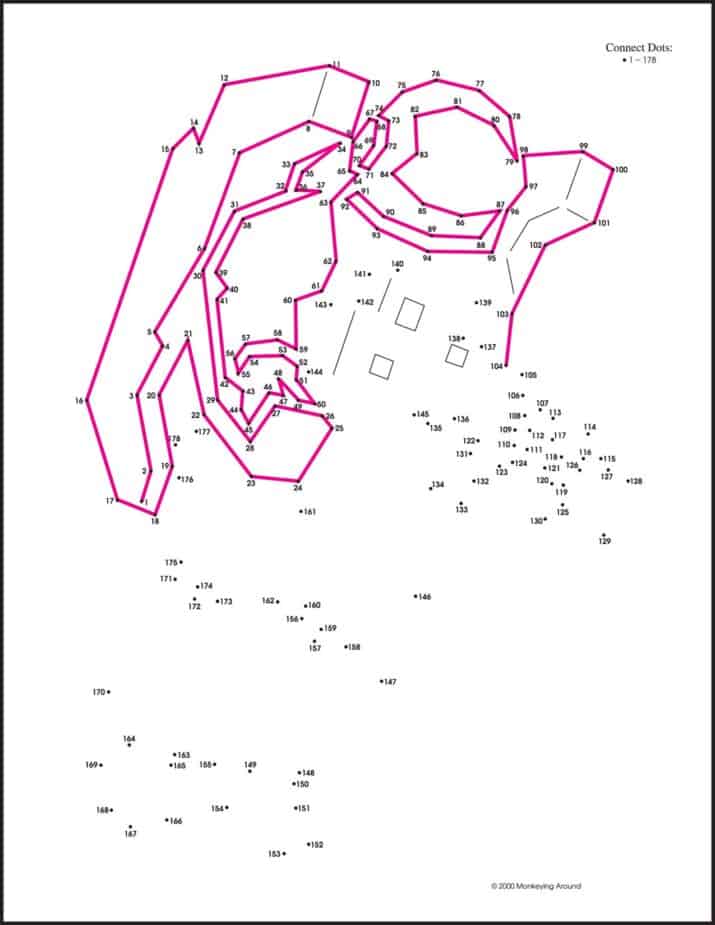 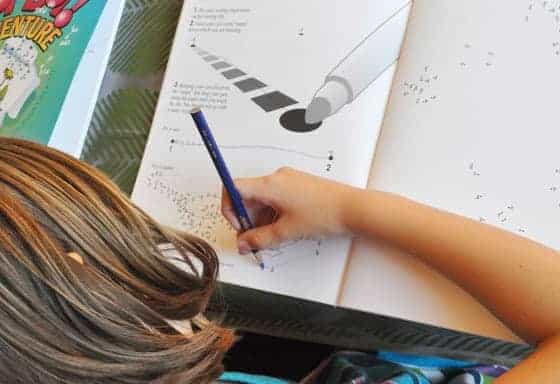 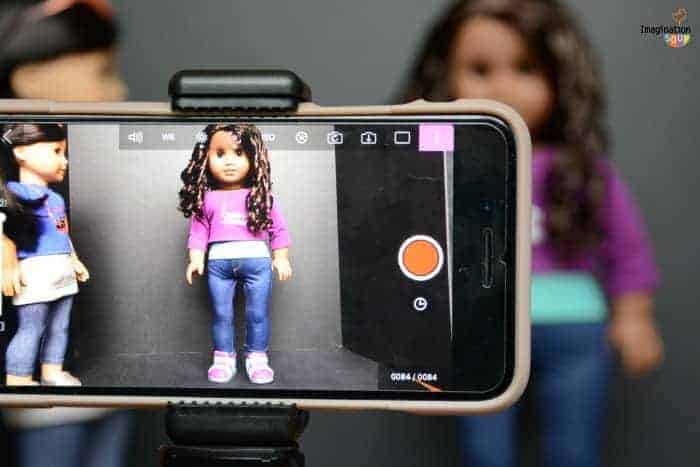 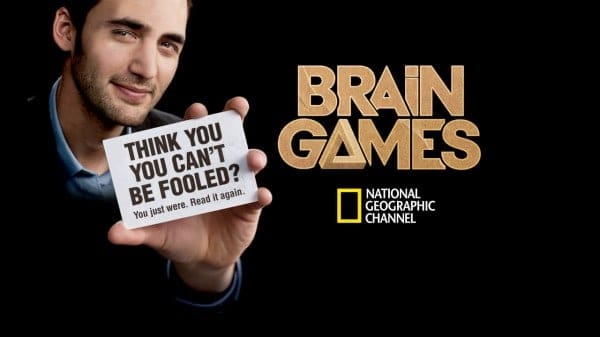