Learn Egyptian symbols as play one of our favorite family games called Pyramix, a game of strategy for 2 to 4 players ages 8 and up.

Pyramix is a Mensa-select game, Parents’ Choice Silver Honor, and Dr. Toy’s Best Game of the Year from Gamewright.

This is a frequent pick for our family game night because it’s easy to play in a short amount of time — about 10 to 15 minutes — and it’s FUN! 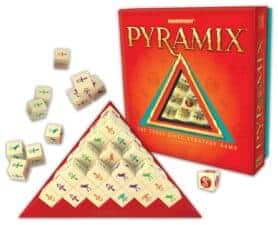 Unfortunately, it’s no longer being made — so here are all the Gamewright games you might consider instead.

Your goal is to get the most points at the end of the game.

Collect the MOST of one color and receive all the points for that color. But each color/symbol (ankh, crane, and eye) is worth different points so you’ll have to strategize to get the best cubes for the most points.

During your turn, remove a cube from the pyramid. But you can only take cubes that can see two or three of its sides. 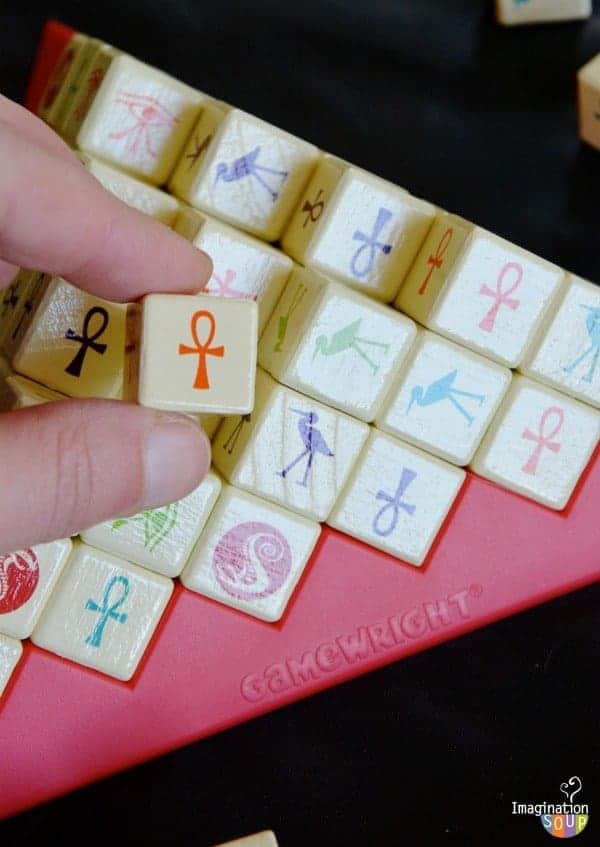 You can’t take cubes that are touching a cobra or on the bottom.

The cobra is zero points. Watch out for this one! 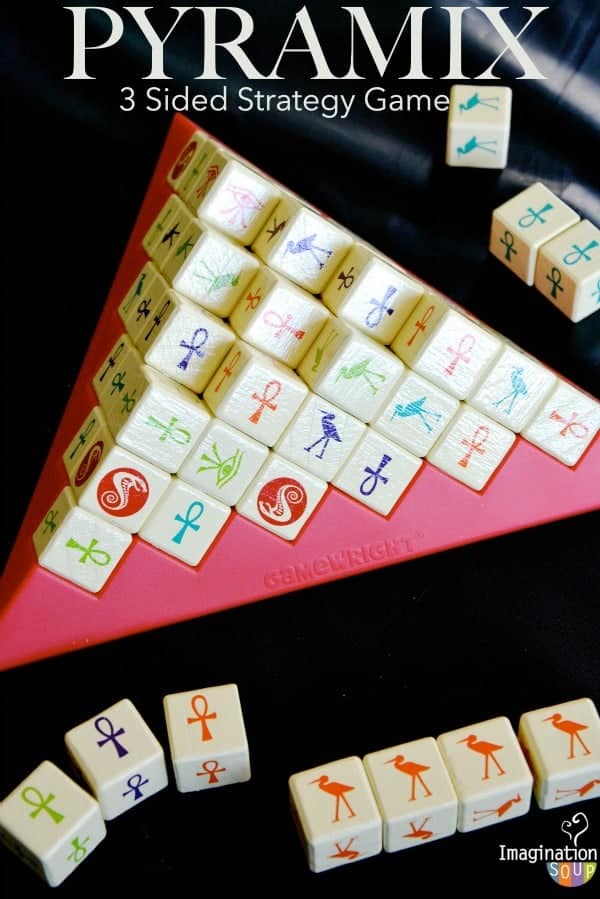 The Egyptian symbols used in this game have religious meanings to the ancient Egyptians.

The Ankh is the symbol of life.

The rearing cobra (Uraeus) is the symbol of protection.

The Eye of Ra is the symbol of royal power and good health. (Also known as the Eye of Horus and used as an amulet.)

The crane is the symbol of long life. It’s not a common Egyptian symbol and is more common in Greek, Japenese, and Chinese cultures.

But most importantly, this game is simply a great way to spend quality time, laughing, talking and thinking, with family. 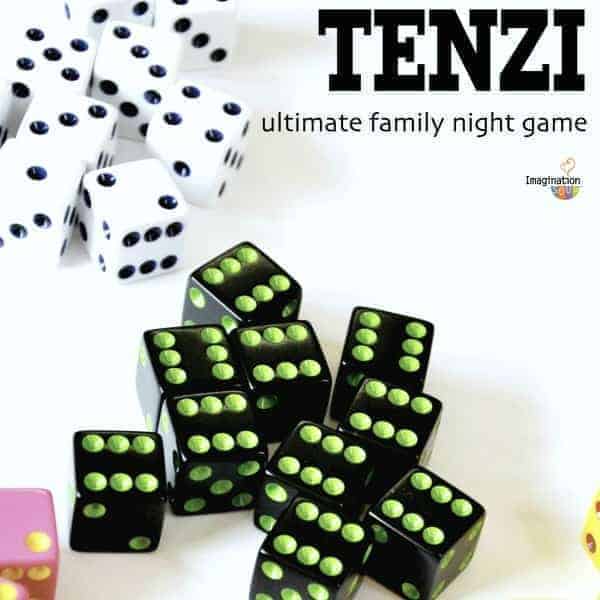