I love picture books that tell children stories of navigating friendship but especially books that help kids learn how to be better friends. To that end, you’ll want to read A Friend for Henry and When Charley Met Emma — they both should be required reading for empathy building. And Sweety is like my life story — it’s such a great story about being different and accepting yourself! 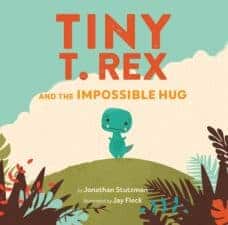 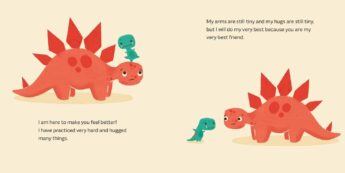 Tiny T. Rex and the Impossible Hug by Jonathan Stutzman, illustrated by Jay Fleck
FACING CHALLENGES
How do you make a sad friend feel better? Hugs! Tiny T. Rex wants to give his friend a hug. But how do you give hug when you have tiny arms? Tiny asks his family for their advice. It turns out that trial and error, persistence, and hard work will help Tiny T.Rex solve his hug conundrum. You’ll love this sweet demonstration of friendship as well as the determination of the main character and the delightful solution. 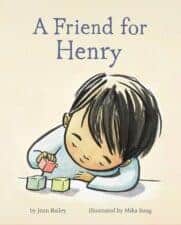 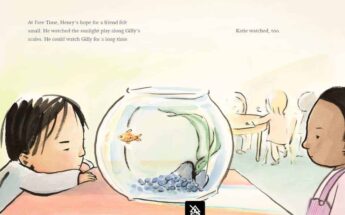 A Friend for Henry by Jenn Bailey, illustrated by Mika Song
AUTISM SPECTRUM
You will fall in love with this gentle snapshot about making friends when social interactions don’t come easily. Henry hopes that he will find a friend in Classroom Six. The precise text reflects Henry’s literal viewpoint, the kids around him, and his confusion at their reactions. “Katie smelled like strawberry milk. She read storybooks all by herself. She slid down the Big Slide.” For example, Henry paints Vivianne’s shoes rainbow colors because she likes rainbows. He thinks she should have said thank you instead of getting mad. Later in the day after more friendship misunderstandings, Henry meets another child who is also looking at the fish. “Want to play blocks?” he asks, Katie. “Sure.” And Henry makes a friend! This is a sweet, heartfelt story that will help kids see other people’s perspectives. 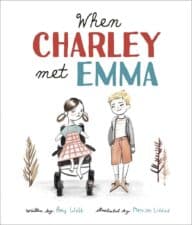 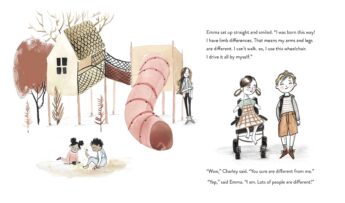 When Charley Met Emma by Amy Webb, illustrated by Merrilee Liddiard
PHYSICAL DIFFERENCES
When Charley feels different, his mom teaches him that “Different isn’t weird, sad, bad, or strange. Different is different. And different is OK!” He sees a girl at the park who doesn’t have hands and loudly asks his mom, “Why does she look so weird, mommy?” which the little girl named Emma hears and it makes her feel sad. His mom reminds Charley that being different is OK. She suggests that he introduce himself to Emma because everyone wants friends. Charley apologizes and asks Emma questions. Emma helps Charley know that even though she’s a little “differenter” than he is, she’s a lot the same, too. For example, Emma likes to play on the playground, swing, play tag, and just like Charley, draw! This compassionate story models the importance of accepting differences with kindness and openheartedness.
Added to The Best Children’s Picture Books of 2019. 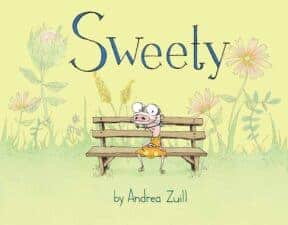 Sweety by Andrea Zuill
BEING YOURSELF
I can totally relate to Sweety who is a little intense and weird and different. (Also, I wore headgear like Sweety. For two years. With glasses and hand-me-downs. Oh, but this book review is not about me so let’s move on…) Sweety is a unique naked mole rat whose classmates don’t really “get.” But Sweety’s Aunt Ruth doesn’t think Sweety or her hobbies are weird.“Aunt Ruth said that being different was one of the best things about her life, and that if you stayed true to yourself, you’d find your people.” Sweety wondered if there was a secret handshake so she could tell who here people were. For now, she just is who she is. Because being Sweety is awesome and you never know when someone else who is awesome might come along, too! (Like Sandy who seems to be just as weirdly cool as Sweety.) YAY!! This is a luminous celebration of being completely true to yourself, even if the world doesn’t get you. Added to: Essential Back-to-School Picture Books and The Best Children’s Picture Books of 2019. 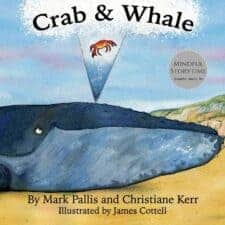 Crab & Whale by Mark Palis and Christine Kerr, illustrated by James Cottell
FRIENDSHIP / ANXIETY & BREATHING (MINDFULNESS)
When Whale gets stranded on the beach, Crab can’t push her back so she stays with Whale until the tide comes in.  Crab suggests that Whale takes deep breaths to feel better. “Breathe in, then breathe out making the sound of the sea.” That does help! Whale and Crab look at the stars then fall asleep. The next day, Whale gets free and says thanks to her friend Crab. 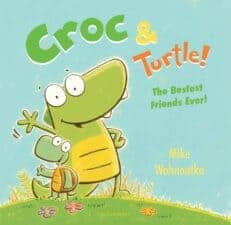 Croc & Turtle! The Bestest Friends Ever! by Mike Wohnoutka
Croc and Turtle are very supportive friends which you’ll see as Croc tries to impress Turtle with all his skills. Each time he does something (running or lifting), another animal friend is better at it than he is. But what he is the BEST at — is being the best friend to Turtle. Awwww. 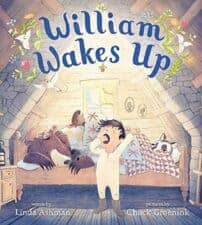 William Wakes Up by Linda Ashman
COOPERATION
It’s spring! William and his animal friends one by one wake up work together to bake and clean. Repetition of “Wake up! It’s spring! Today’s the day– a special guest is on the way” will have you predicting who the special guest will be. Can you guess who the friends are waiting for? I think you’ll be surprised. (I was.) Cooperation, friendship, and a yummy spring celebration make this a wonderful springtime story. 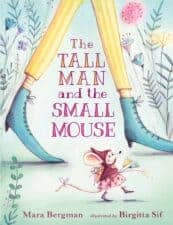 The Tall Man and the Small Mouse by Mara Bergman, illustrated by Birgitta Sif
A tall man lives in a tall house with a small mouse. They both lead busy, separate lives. Until…one day the mouse falls asleep in his shoes. When they see each other, the tall man who can’t fix the town’s great clock thinks that the mouse might be able to help him. The lyrical text captures the juxtaposition of tall and small as well as the lovely synergy in their new friendship.

Books with Characters Who Have Physical Differences

Books with Characters on the Autism Spectrum

Social-Emotional Learning Resources for the Classroom 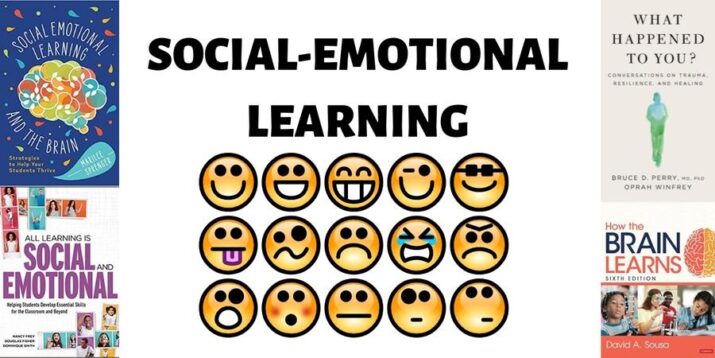