The only way kids can understand World War II (WWII) and the Holocaust is to read historical stories, both fiction and nonfiction stories, that immerse them in the experiences of people who lived through it.

It’s been said before but here is the truth. In order not to repeat the past, we must understand it. We must know. We must remember.

Here are some picture books and chapter books for children about the Holocaust and World War II that will teach them more about this dark period in history. 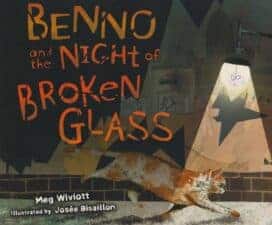 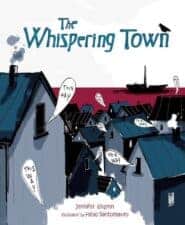 The Whispering Town by Jennifer Elvgren
In a small Danish fishing village, a Jewish family must escape in pitch blackness. The townspeople guide the fleeing family with whispers. It’s a simple picture book but gets the message across about how people were escaping and others were kind. 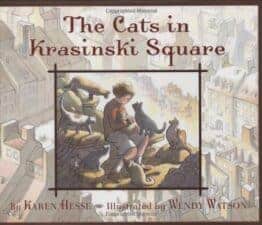 The Cats in Krasinski Square by Karen Hesse, illustrated by Wendy Watson
During World War II, this children’s picture book tells the story of a Jewish girl and her cat friends who trick the Gestapo at a train station in Warsaw. 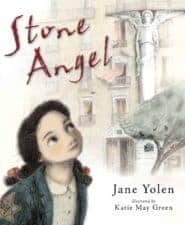 Stone Angel by Jane Yolen, illustrated by Katie May Green
Set during the Nazi occupation of Paris during World War II, we follow a little girl and her family as they flee for their lives. The Stone Angel in the girl’s building gives her hope and courage. 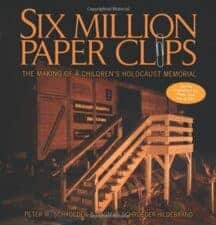 Six Million Paper Clips by Peter W. Schroeder and Dagmar Schroeder-Hildebrand
School children now days can hardly imagine how many people were murdered during the Holocaust so they decide to collect six million paperclips. This is a popular choice for classrooms to read when learning about WWII. 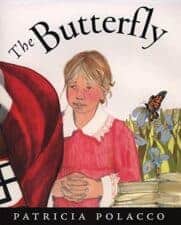 The Butterfly by Patricia Polacco
Sevrine hides from the Nazis in Monique’s basement until both families are forced to flee from the Nazis during World War II. 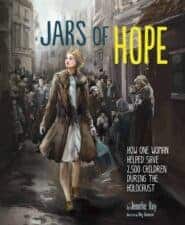 Jars of Hope: How One Woman Helped Save 2,500 Children During the Holocaust by Jennifer Roy, illustrated by Meg Swenson
This inspiring narrative nonfiction picture book about World War II honors Irena Sendler, a Polish social worker who helps smuggle babies and children out of the ghetto before they’re sent to the camps. Irene kept lists of the children’s original names and their new names which she buried in jars, hoping that maybe after the war she could reunite families. She risked her life and saved over 2,500 children.

Chapter Books About World War II and the Holocaust 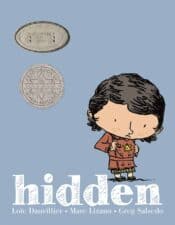 Hidden: A Child’s Story of the Holocaust by Loic Dauvillier, Greg Salsedo, illustrated by Marc Lizano ages 6 – 10 (graphic novel)
Now a grandmother, Dounia tells her granddaughter about when she was a young girl and hid from the Nazis with her neighbors. This is a gorgeous historical graphic novel chapter book. 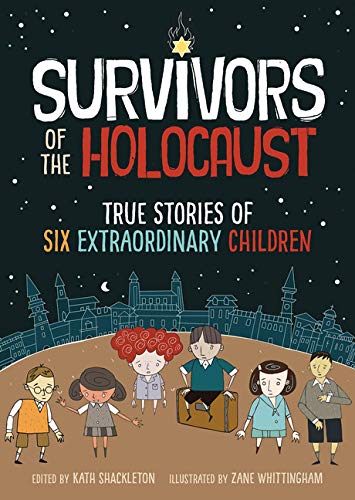 Survivors of the Holocaust: True Stories of Six Extraordinary Children by Kath Shackleton, illustrated by Zane Whittingham
Holocaust survivor stories like these MUST be told. Because these six children started just like any of the kids reading their stories, they were ordinary kids who experienced the hardest things a child could face…being torn from their homes, separated from family, captured as a prisoner, and/or forced to hide. Graphic storytelling with unique artwork supports the clear, compelling narratives that will stay with you. It’s pretty sad to witness the tragedies in these children’s lives. Powerful, emotional, deeply disturbing that leaves us with a sense of loss, even with their survival. We need more books like this. We must never forget. Buy this book for your classrooms and libraries!

The Book Thief by Marcus Zusak ages 10+
Death narrates the story of Liesel, a girl lives in Munich during the time of Nazi Germany. Through impossibly hard times, she has a burning desire to read. Her first stolen book, which her foster father uses to teach her, is The Gravediggers Handbook. Many people love this powerful story of growing up, friendship, and the human condition. It wasn’t my favorite historical fiction story about World War II — it felt tedious to read, the narrator bothered me, and I didn’t like all the swearing.

Diary of Anne Frank by Anne Frank (ages 8 – 12)
Without a doubt, this memoir is the most popular and iconic first-person account of the Holocaust, Anne writes about her time in hiding from the Nazis.

Milkweed by Jerry Spinelli ages 8 – 12
Maybe Jew or a Gypsy but the main character is definitely a street kid and a thief. He’s taken in by other orphans and wants to belong — perhaps to the Nazis. Until he sees something that will change his mind…

by Sonya Hartnett (ages 8 – 12)
Tissue alert — this breathtaking historical book is essentially a fable set in Nazi Germany. We follow three Gypsy siblings who have witnessed the capture of their family and friends. While walking and searching for food, they find an abandoned zoo, with talking animals. That’s all I’ll reveal. You NEED to read this beautiful historical story. It will change your life. 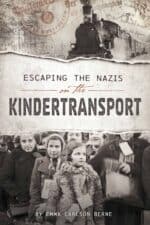 Escaping the Nazis on the Kindertransport by Emma Carlson Berne (ages 8 – 12)
Memorable, gripping short historical stories tell about some of the 10,000 children who escaped the Nazis without their parents, traveled to England, and lived with host families until the war was over. Some were reunited with families while others were not, but they were all saved.

Survivors: True Stories of Children in the Holocaust by Allan Zullo ages 8 – 12
Each of these children’s true stories will inspire readers to learn how these kids all faced the horrors of the Holocaust with courage and bravery. 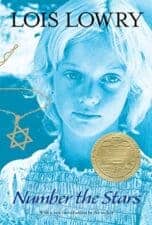 Number the Stars by Lois Lowry ages 8 – 12
Lowry does an excellent job at writing about WWII in a way that isn’t too scary or inappropriate for kids. Annemarie’s best friend hides Annemarie’s Jewish family. The tension is high as the Nazis are everywhere looking for Jews or Jewish sympathizers. It’s challenging to hide knowing that every day you could be caught and sent to a death camp. Finally, the family escapes to Sweden where they will be safe from the Nazis. 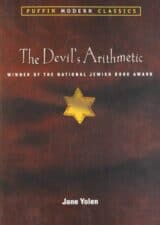 The Devil’s Arithmeticby Jane Yolen ages 8 – 12
Present-day Hannah travels back in time to a Polish village just before it’s stormed by Nazi troops. She’s taken with her neighbors to a concentration camp and there, sacrifices herself in place of her friend.

When Hitler Stole Pink Rabbit by Judith Kerr ages 8 – 12
Growing up in Germany, Anna doesn’t think too much about Hitler until her father disappears. That’s when she’s forced to leave her home behind and flee the country. 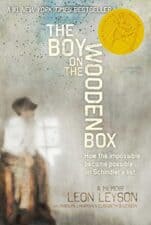 The Boy on the Wooden Box by Leon Leyson ages 8 – 12
This former Schindler’s list child tells his story — how he was only 10 when he left his home in Poland for the Krakow ghetto and survived the horrors there ultimately thanks to Oskar Schindler. 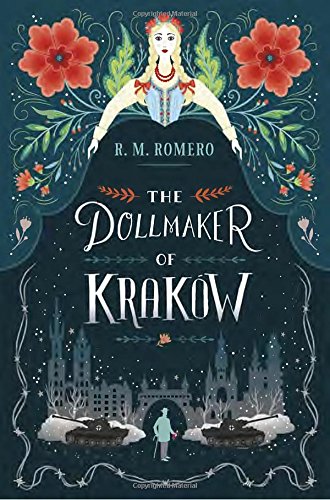 The Dollmaker of Krakow by Rachael Romero
A “live” doll and a Polish magician toy store owner during Ward Wawr II develop a beautiful friendship. Later, a friendship develops between the doll, the magician, a Jewish father, and his daughter. When the Nazis force the Jews into a ghetto, the doll encourages the magician to save as many children as he can by turning them into dolls for a short time. We only get a glimpse of the actual WWII horror; the story instead focuses on the relationships. The ending is heart-breaking but also life-affirming as we see the power of love and friendship.

Catherine’s War by Julia Billet, illustrated by Claire Fauvel
When World War II comes to France, Rachel, a Jewish girl, must change her name and go into hiding. She moves frequently to avoid Germans but one thing stays the same, her love for photography. Using her camera, she documents the war from her perspective. Based on the author’s mother’s life, this is a beautiful graphic novel of WWII that focuses on growing up, the kindness of strangers, and art. 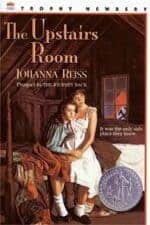 The Upstairs Room by Johanna Reiss ages 8 – 12 (Newbery winner)
Annie and her sister must hide from the Nazis in a small farmhouse room in Holland. Two years the sisters lived in hiding, by themselves, without their family. This historical fiction book is based on the author’s own experiences as a Jewish girl during WWII.

The Boy in the Striped Pajamas by John Boyne ages 12+
Narrated from the perspective of a 9-year old boy whose dad is head of the Concentration Camp, we piece together where Bruno’s new friend lives and why he must hide their friendship. It’s a kid-favorite moving and sad historical fiction chapter book.

I Have Lived A Thousand Years: Growing Up In the Holocaust by Livia Bitton-Jackson ages 14+
This survivor memoir shows the atrocities of the Holocaust in Hungary. Elli loses everything, then is moved to a ghetto, and later is taken to the death camps. Disturbing, as it should be.

Twenty and Ten by Angela Cerrito ages 10+
This children’s chapter book is set in France during the Holocaust of WWII. A group of nuns and students help hide ten Jewish children from the Nazis. 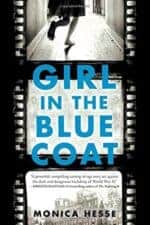 Girl in the Blue Coat by Monica Hesse ages 13+
Deftly written, this is the story of a girl named Henneke who becomes part of the Dutch resistance during WWII. It’s also a coming of age story during the horrific Holocaust time in history. 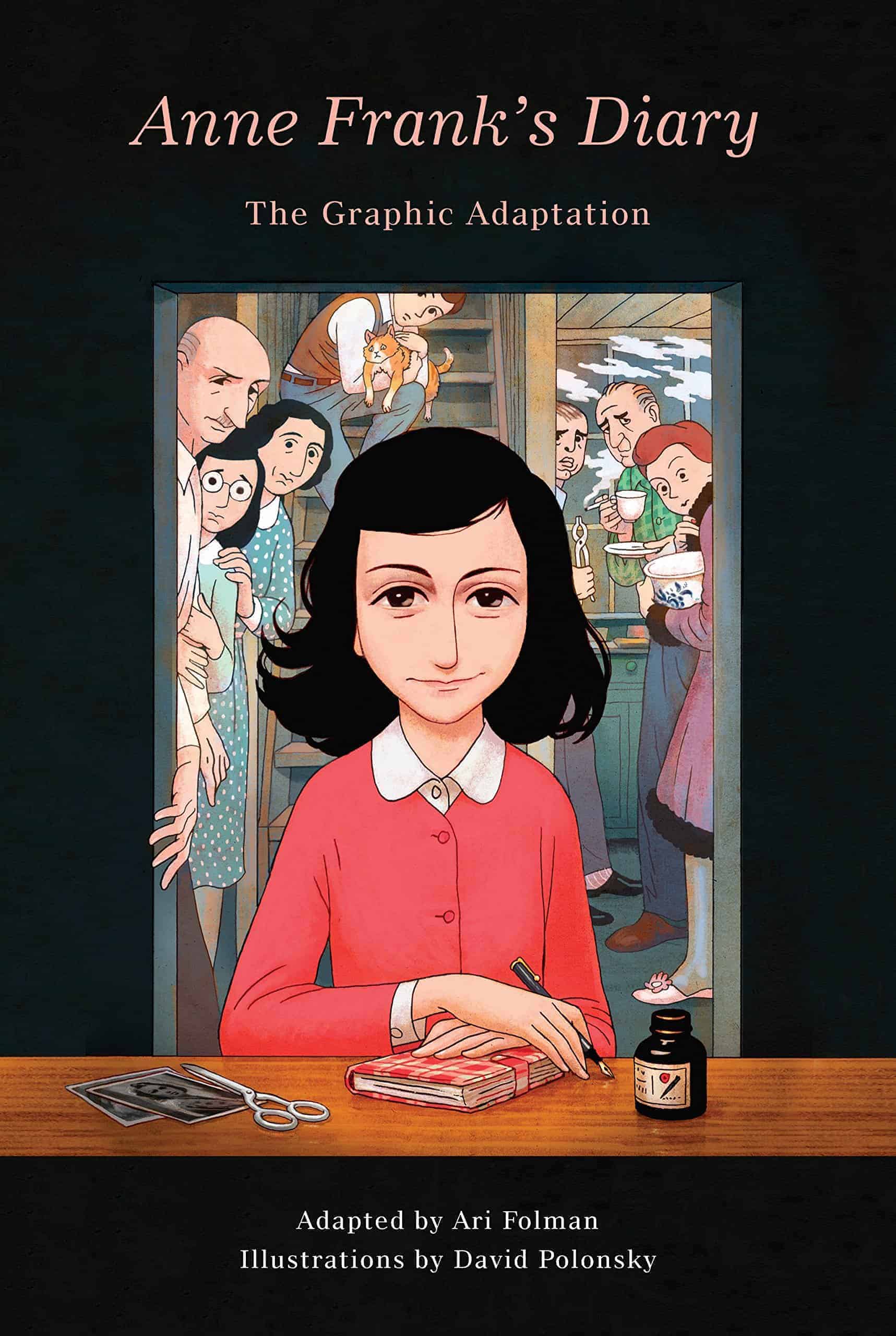 Anne Frank’s Diary: The Graphic Adaptation adapted by Ari Folman, illustrated by David Polonsky (ages 12+)
What an amazing graphic novel adaptation of Anne’s diary about her hidden time during the Holocaust! The diary bits and dialogue are well-balanced into a cohesive story that feels seamless, well-written, and insightful. Anne’s personality really shines through as she sets the historical context and describes her daily life in hiding which isn’t always very exciting but does result in a romance with the boy her age who lives there, too.

Man’s Search for Meaning by Viktor E. Frankl ages 14+
Frankl talks about his time in the Nazi Concentration Camps. But more than that, he reflects that those who survived did so because they had a purpose (meaning) in their lives. Incredible and thought-provoking. (This isn’t a children’s book but I think it’s appropriate for mature teens.) 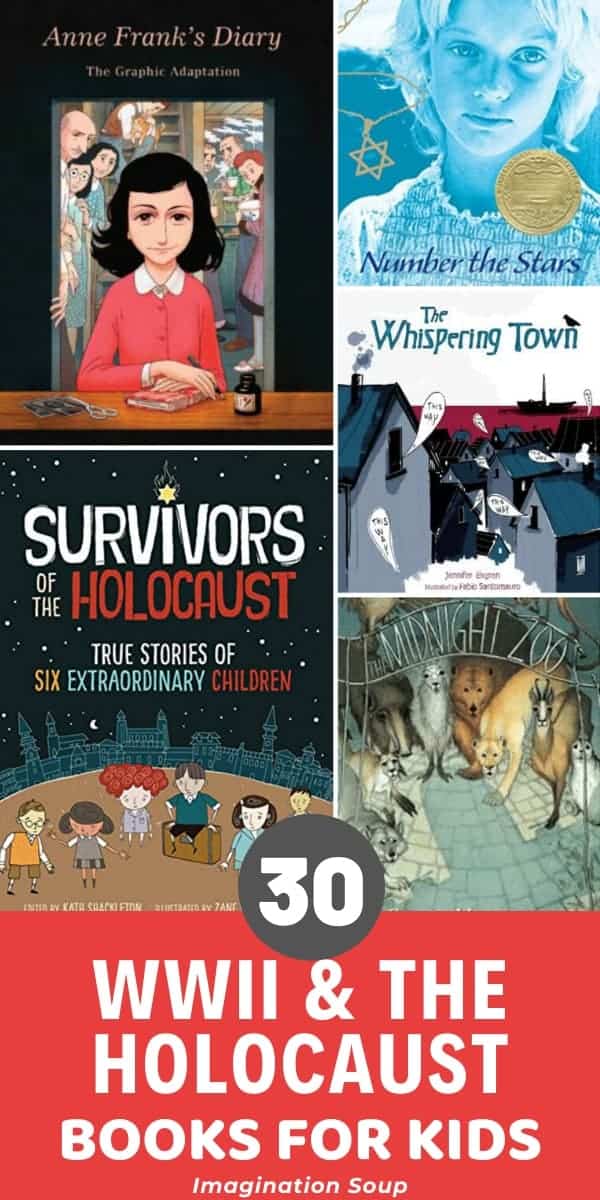