Does Your Family Play Cooperative Games?

Canadians Ruth and Jim Deacove raise their children to value sharing, being kind, and helping each other. But, when looking for games, they couldn’t find any that weren’t competitive. Jim explains,”What has bothered me about the games we have bought for our two girls.  The game always puts them in conflict with each other.  The point of the game is to beat one another and because the older one has the advantage of experience and co-ordination among other things, she usually wins.  The younger one either has to be coaxed to go on playing or, worse, she cheats in order to even up the odds.  After all, the whole point of the game is to beat her big sister!  Then big sister doesn’t want to play anymore.”

In a co-operative game, people play together and not against each other. Jim says, “We simply don’t have enough of such experiences.”

“We were forced to change the rules on many of the games we had at home.  We changed SCRABBLE around and instead of keeping individual scores we kept a family score.  Just that simple rule change created subtle shifts in the dynamics of the game.  Some examples… We allowed each other to use the dictionary freely.  We permitted helping each other to spell words.  We didn’t hide behind our tokens.  Not only did we expose them, but we even traded them.

In addition to changing existing games, Jim began to invent his own. In 1972, he started selling his games, made with eco-friendly materials, as Family Pastimes.

As Family Pastimes grew, he moved his family to a rural area, first home-schooled and later enrolled his kids in a small parent-run school. When the girls transitioned to high school, the beginning was difficult. But, Jim shares, “The girls have survived and thrived without being trained to compete, strive, and do all those things we think will better equip children to deal with a tough society.  And they are not insecure, fearful, anxious as so many of their peers are.  I think the key is that our girls don’t have a big emotional investment in winning and losing.  They fail a test and look it over to see what went wrong.  Winning and losing is not tied in with their sense of self-worth.  They don’t feel somehow diminished as a person by not succeeding at something. But they do try to do their best – “get it right”.  They have a self-confidence, flexibility, resilience that should serve them well when they become citizens.  I am pleased with their growth and the intelligent adaptability they show in a competitive society.”

Amazing. That’s what I want for my girls, too. To know that their self-worth is internal, not dependent upon the external. That’s why Jim and Ruth Deacove keep inventing co-operative games. Lots and lots of games.

When you look at the Family Pastimes website, you’ll see that Jim has invented hundreds of games. Let me introduce you to one of our favorites  —  Max, for ages 4 to 7 and 1 or more players. (I love that JJ can play this by herself!)

Max starts on the porch. The others start on the stump. Roll the two die. The black spot moves Max, the cat, one. The green spot moves your choice of little creatures (mouse, chipmunk, or bird) one. You get to decide who to move and can ask for advice from others. The object is to get the little creatures home to the tree before Max catches them. If Max gets too close, you can lure him back to the porch with any of the 4 treats.

The fun of playing Max is working together to get the little creatures to safety and deciding who to move or if you need to use a treat.

Family Pastimes supports Imagination Soup. I ask you in return to support their desire for family games that promote cooperation and sharing. Be sure to check out Spies & Alibis, Funny Face, Berries, Bugs & Bullfrogs and Let’s Go Touring.

In the United States, go to Funagain Games or Fairplay New World Games or Amazon to purchase Max and other Family Pastimes Games.

In Australia, go to Cape Able.

In the U.K. there are too many to list – email Jim. If you’re in Europe, visit this ordering page for more specifics.

Email Jim at info@familypastimes.com or call toll-free 1-888-267-4414 for questions, catalogues, or anything else. 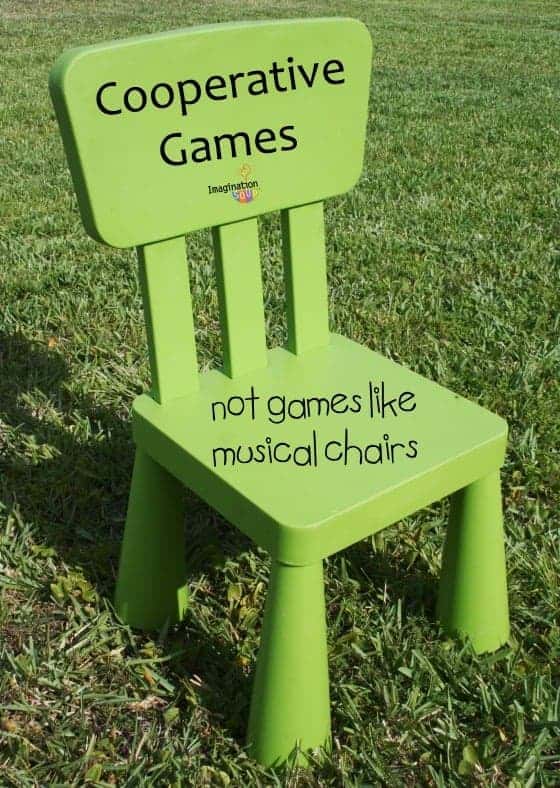 One thing that Jim told me sticks with me because it illustrates his passion for cooperation. It’s about musical chairs. I’ll let him tell you in his own words remembering his childhood.

“The teacher used games to help us feel at home, to socialize us.  She had us play MUSICAL CHAIRS.  I was a shy kid and not tuned in to the cultural roles required to play the game successfully.  In fact, I was very bewildered by the rush and push for a chair when the music stopped.  I was eliminated from the game early and felt puzzled and embarrassed when told that I was out and had to take away a chair with me.  Of course, the more we played it, the better I got at elbowing my way to a chair.  Quick cultural conditioning!”

Shift what you want the outcome to be.

Jim explains how he did this at a workshop, “I introduced CO-OPERATIVE MUSICAL CHAIRS and got the players back again with their chairs.  “People are now going to be more important than the chairs, so the only rule change is that after each round we take away a chair, but we keep all the people.  It’s up to the imagination of the group to figure out how to make a place for everyone.”

I will never play musical chairs the same way again. 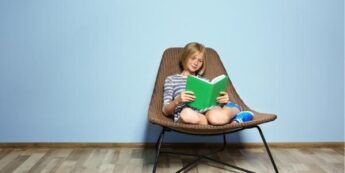