Ready for a new batch of early readers and beginning chapter books for your growing readers?

This list is meant for readers who are around ages 6 to 9– but that encompasses a WIDE range of reading abilities so remember to click through to read a preview of each book. That will give you a sense of how many words per page so you can get a general sense of the level. 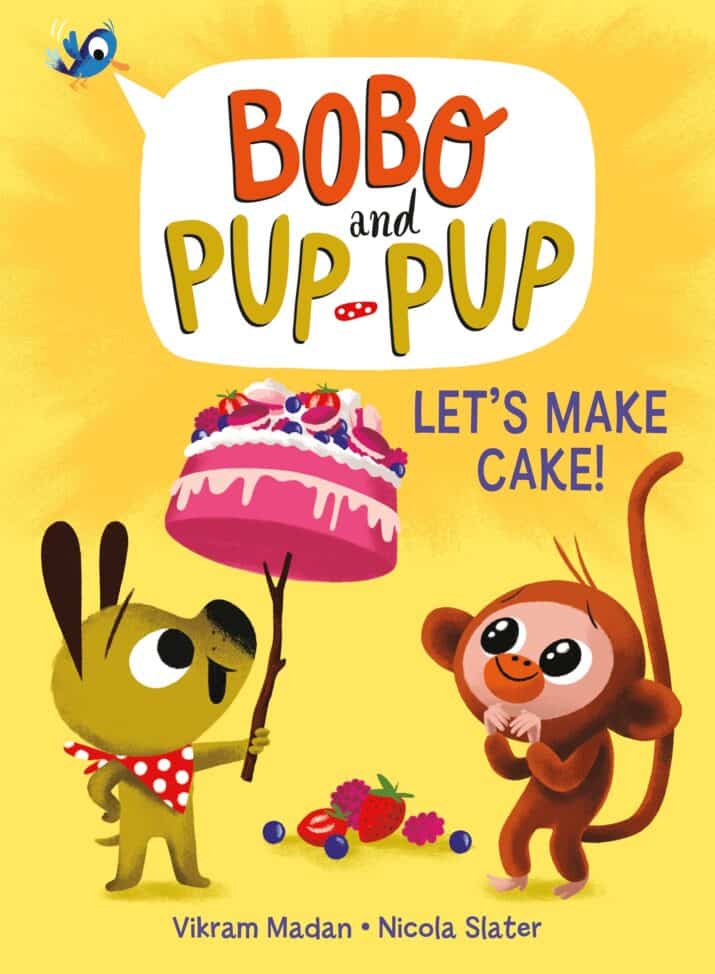 Let’s Make Cake (Bobo and Pup Pup) by Vikram Madan, illustrated by Nicola Slater
EASY READER
The friends decide to make a cake. Bobo gathers silly things that aren’t part of the recipe (like a hat and a stick). Eventually, they finish the batter made and cook the cake in the sun. Unfortunately, it turns out yucky but they realize that they had fun anyway. This is a charming, silly story with easy-to-read conversation bubble dialogue and playful comic illustrations! 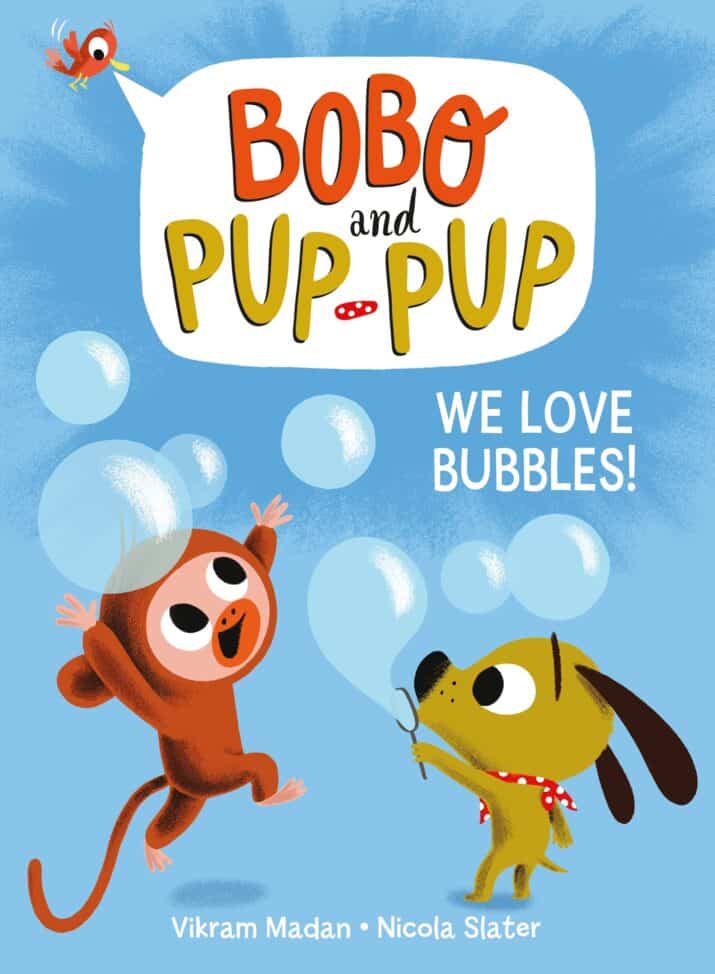 We Love Bubbles (Bobo and Pup Pup) by Vikram Madan, illustrated by Nicola Slater
EASY READER
Kids will love this cute story about a pup who loves blowing bubbles and a monkey who loves popping them! Controlled text and word repetition make this an excellent choice for beginning readers. 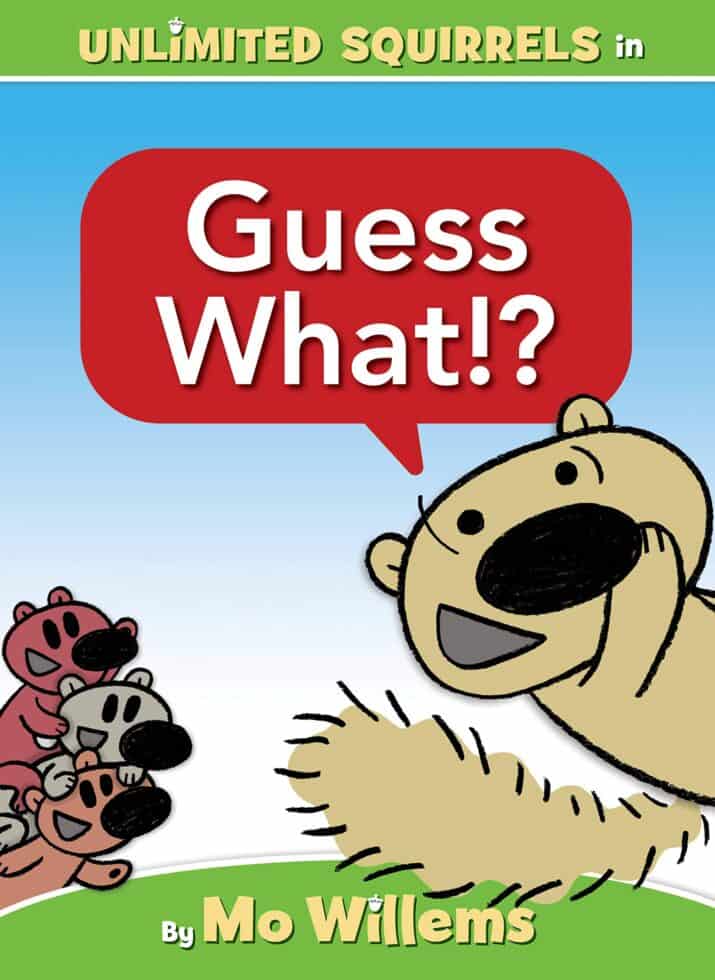 Guess What!? by Mo Willems
EASY READER
This story in the Unlimited Squirrels series feels like an Elephant and Piggie story. Nevertheless, it’s a darling story about a squirrel who counts down until his big beach day only to discover that he doesn’t even like the beach. After the story, the acorny jokes and definitions are okay but make the book a bit too long. 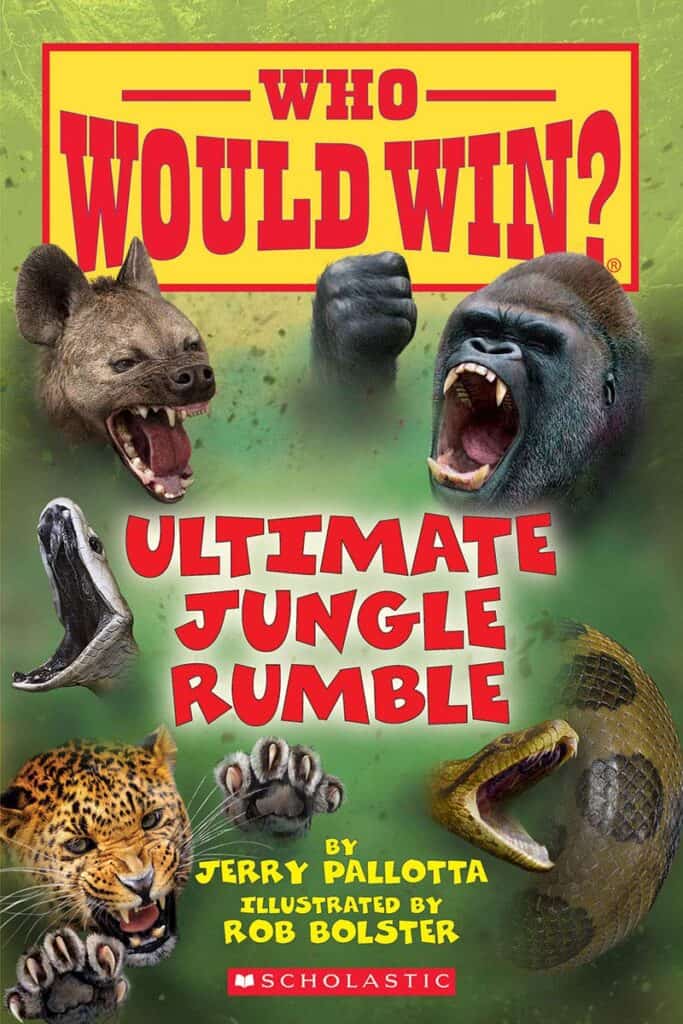 Who Would Win: Ultimate Jungle Rumble by Jerry Pallotta, illustrated by Rob Bolster

NONFICTION READER
At first glance, this is pretty text dense even though it’s matched with cool, full-color illustrations. But, do not worry. The content is SO motivating for kids that they’ll read everything. The series pits two animals against each other. Read facts about each animal to see who will win, like the hyena versus the monitor lizard. (My friend’s kids couldn’t stop laughing seeing the capibara sitting on a poison dart frog.) This educational series will be a sure-fire hit for readers!
SEE THE ENTIRE SERIES HERE. 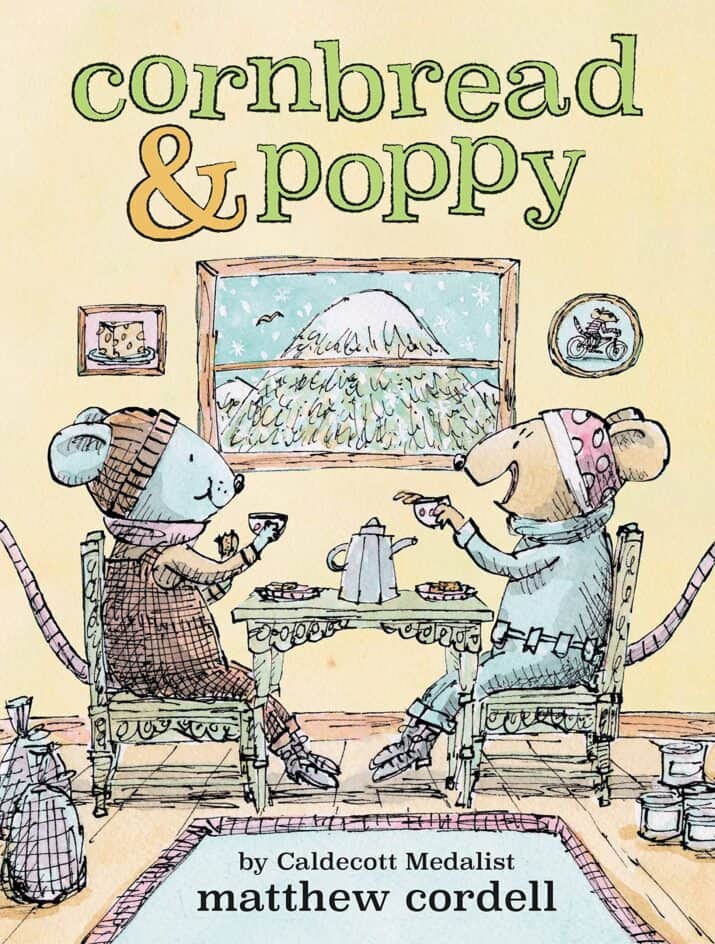 Cornbread & Poppy by Matthew Cordell
BEGINNING CHAPTER BOOK
Poppy and Cornbread are mice friends who like different things and have different personalities but love each other and love doing things together. (Yes, this sweet book of friendship stories feels reminiscent of Frog and Toad.) So even when Poppy doesn’t prepare for winter like Cornbread does (and reminds her), Cornbread joins her to search for food. In desperation, they bravely venture up the dangerous Hollar Mountain where they find a warm welcome and a new friend. 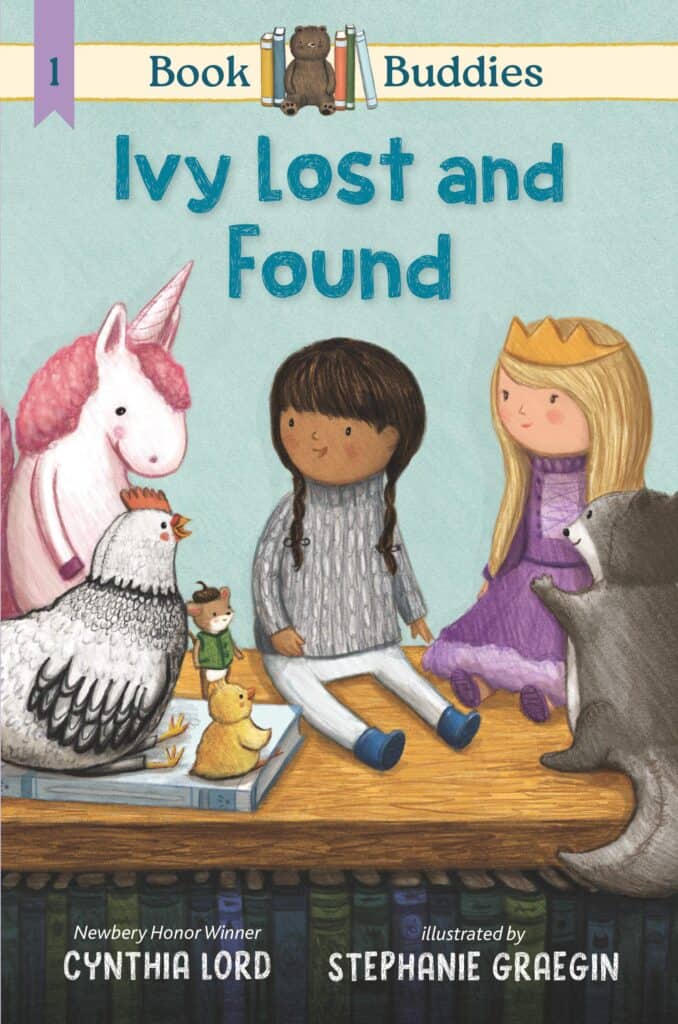 Ivy Lost and Found by Cynthia Lord, illustrated by Stephanie Graegin
BEGINNING CHAPTER BOOK
A heartwarming story about the life of an old doll who gets a new life as a book buddy! Ivy’s been in the attic for years until her girl, now an adult, donates Ivy to the Book Buddy’s shelf at the library. That’s when a lonely girl named Fern borrows Ivy. Fern is visiting her dad and his new family and she needs a friend like Ivy listens because she feels so many different feelings about her dad’s new family. Then, when Ivy gets left outside in the rain, she has a surprise adventure of her own and makes friends with two other Book Buddies. Eventually, Fern feels better about her new blended family and returns her to the library. 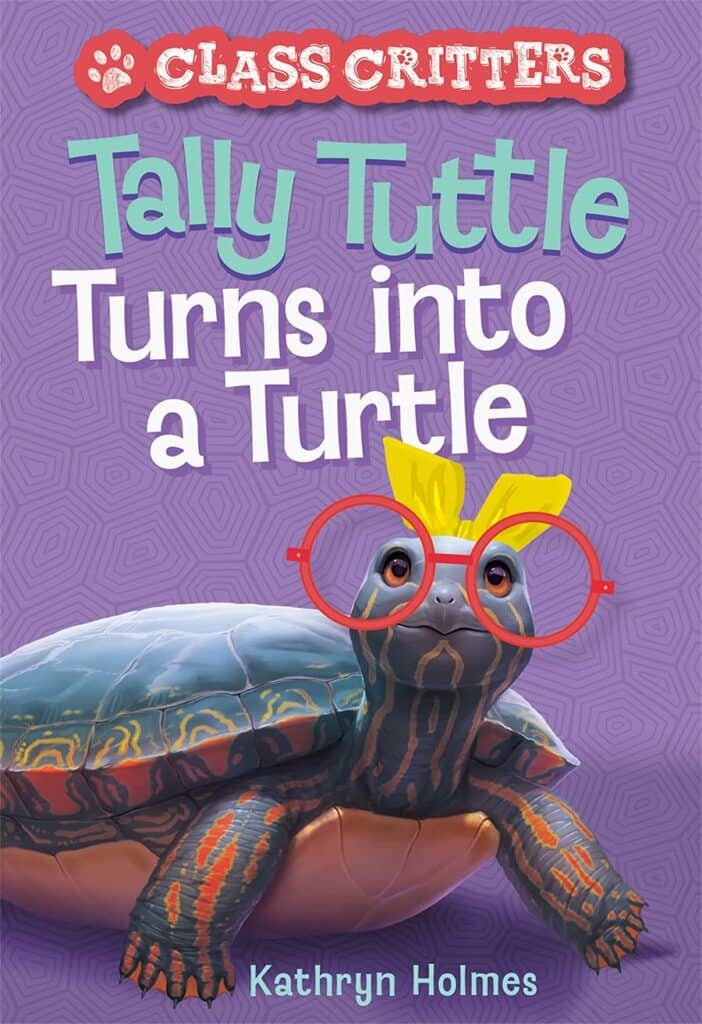 Tally Tuttle Turns into a Turtle (Class Critters #1) by Kathryn Holmes
BEGINNING CHAPTER BOOK
Tally’s nervous about her new school and when the other students make fun of her name, she wants to hide in a shell. That’s when it happens--she turns into a turtle! As a turtle, Tally meets helpful and kind animals who help her see that if she can make friends with them, she can make friends with people, too. When she decides she’s ready to be a girl again, she transforms back into a kid. 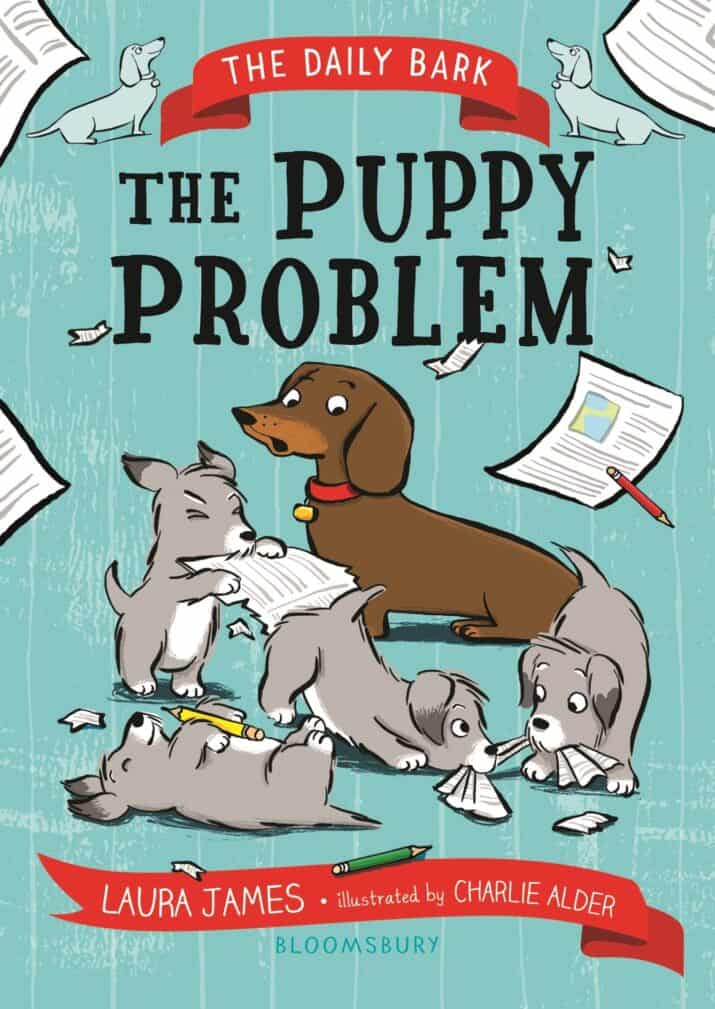 Puppy Problem by Laura James, illustrated by Charlie Adler
BEGINNING CHAPTER BOOK ages 7+
A sweet story about teamwork, friendship, and the power of writing! Gizmo’s journalist human moves them from the city to the country. He meets a new friend next door, a wolfhound named Jilly who shows him what to expect in the country and introduces him to more friends. Gizmo helps Jilly in return when Jilly’s worried about her humans selling her puppies to people far away. Gizmo takes a page from his human and writes a special newspaper article all Jilly’s situation. The other dogs deliver the papers around town and it works! The puppies are adopted by people who live in their village. They’re so excited the dogs start a full newspaper with each other — and Gizmo helps Jilly learn to read. 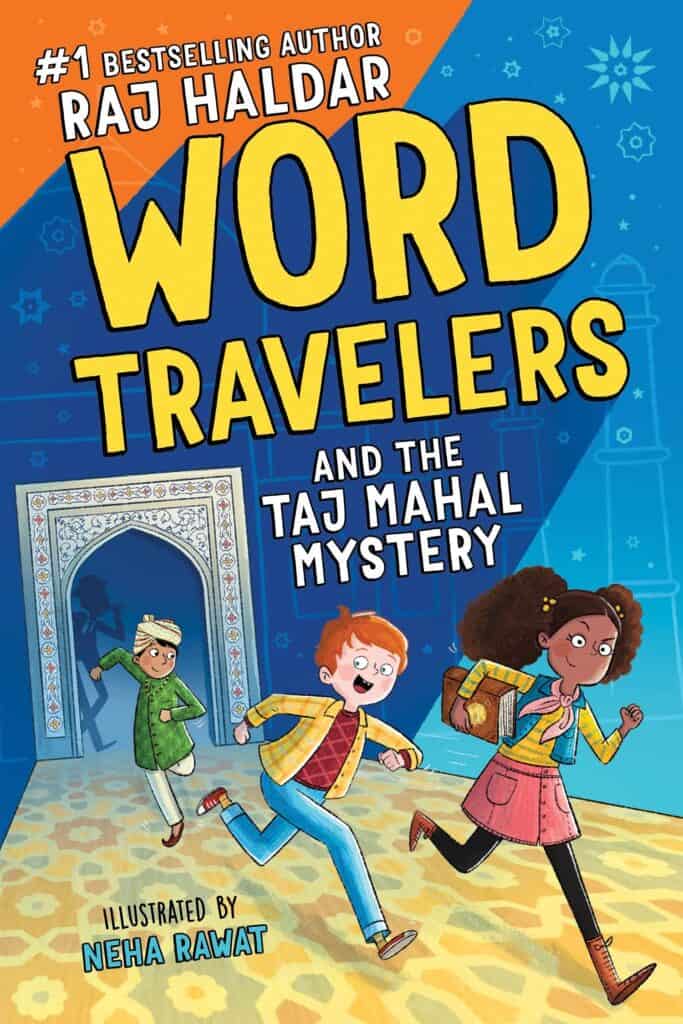 BEGINNING CHAPTER BOOK ages 7+
Fast-paced and fun, this word-lovers adventure will immerse growing readers (ages 7 – 10) in both a puzzling mystery and the origin of English words that come from India. When Eddie wonders where the word pajama came from, his mom tells his friend MJ and him to find his great-grandfather’s big book of words and their history (etymology). When they open the book, they’re magically transported to India where they help a boy solve the clues and find his family’s missing fortune. As they solve the clues, they learn more words with Indian roots — many are from Hindi like bangle and bungalow and others are from Sanskrit like the words jackal and jungle. 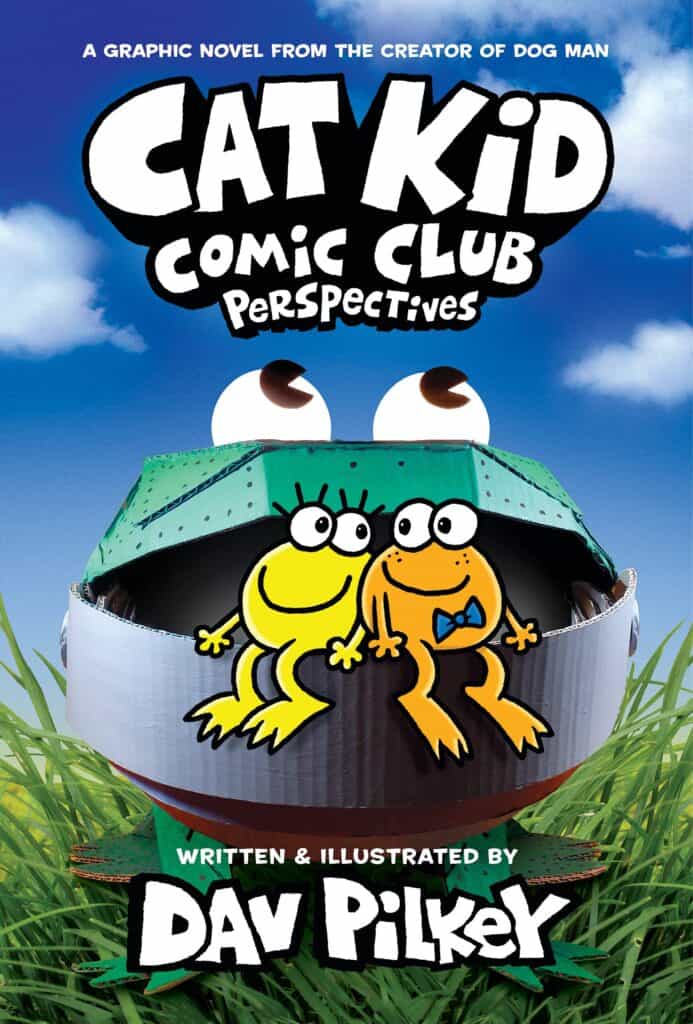 GRAPHIC NOVEL ages 7+
New hilarious yet meaningful stories about tattling, goofing around, getting along with siblings, drawing perspectives, how to write cliffhangers, and so much more will keep your readers (and you) laughing out loud. In this book two, the students (tadpole kids) are sharing the stories they worked on in book one. In between sharing are funny scenarios with the dad teacher disciplining his unruly children and the cat teacher giving lessons about drawing with perspective. The stories shared model different styles of art and writing and could be used as short mentor texts if not just inspiration for budding comic story creators. 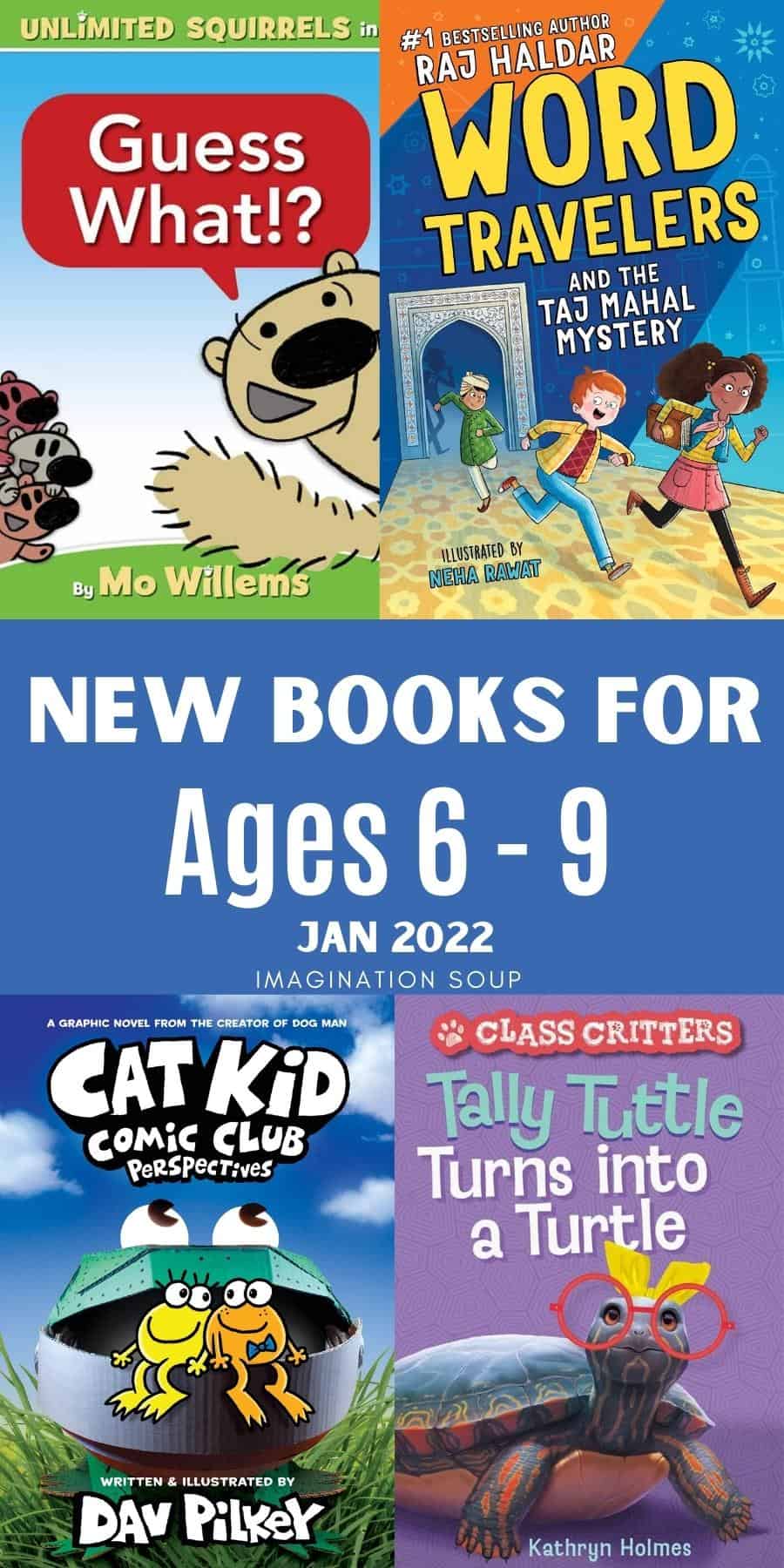