Bibliophiles, are you ready to get the scoop on new chapter books for your students and the kids in your life? 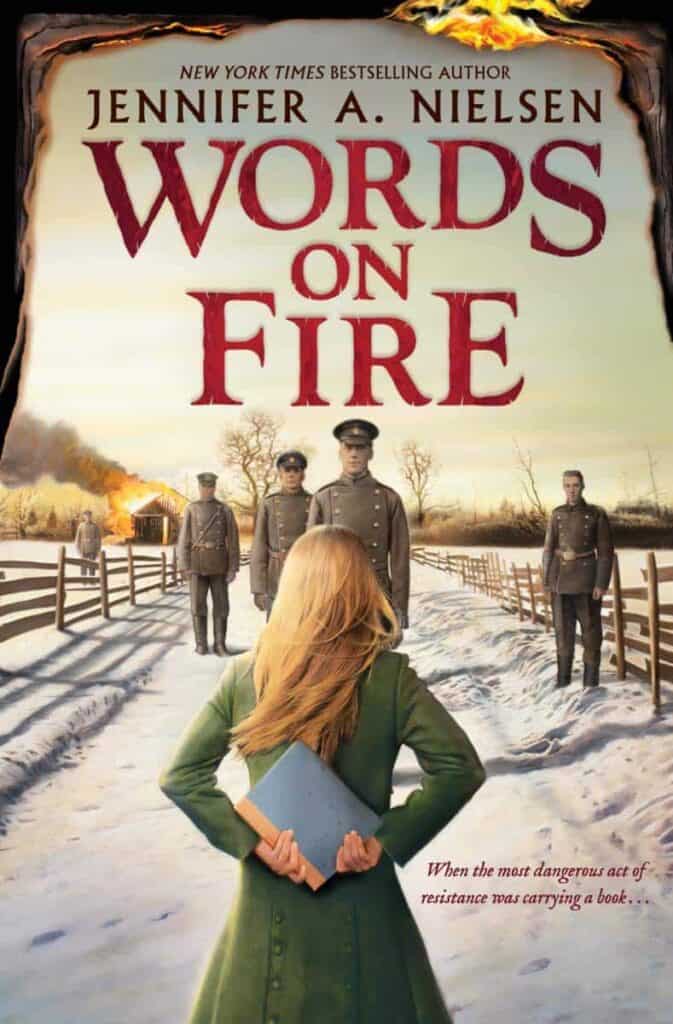 Words on Fire by Jennifer A. Nielsen

HISTORICAL FICTION
Nielsen deftly captures the history of Lithuania’s book smugglers as well as the fundamental truth that books give readers freedom from oppression; books keep alive a language, culture, and identity, no matter how hard someone tries to erase it. Audra doesn’t know her parents are book smugglers until they are arrested by the Cossacks. She flees to their contact’s house, soon learning that her parents were part of a network of Lithuanian’s who fought against the Russians by smuggling books. Initially, she didn’t want anything to do with it. Part of her reluctance was because she herself didn’t read or write but as she slowly learned, she developed a fire for words and their power. Not only that, she became a passionate and clever smuggler, despite the opinion of the adults who wanted her to keep safe. I love knowing about this incredible history — it’s inspiring that a little country of farmers managed to keep their culture alive even after the Russians banned their language and their books. Highly recommended! 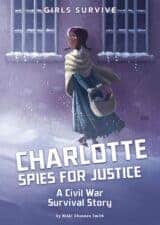 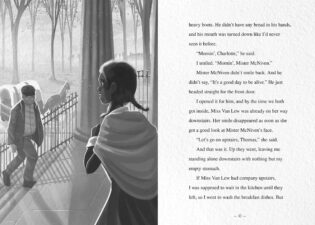 Charlotte Spies for Justice A Civil War Survival Story (Girls Survive) by Nikki Shannon Smith
HISTORICAL FICTION
Based on the true story of a courageous female spy in the South during the Civil War. Charlotte is a servant girl in Elizabeth Van Lew’s house, who learns that her boss (not owner, Miss Van Lew freed her slaves when her father died) is a spy for the Union. Charlotte convinces Miss Van Lew to let her help deliver messages to the Confederate prison. It’s a shorter chapter book but serves as a fascinating introduction to the spying methods during the Civil War and female activism throughout history. It’s readable, compelling, and interesting.

Maybe He Just Likes You by Barbara Dees

REALISTIC
Wow. I’m really impressed. And I’ll be honest, I felt quite skeptical of this book at first but almost immediately resonated with the honest reality of Mia’s situation. You see I, like many of you, have been in similar situations. So I’m really thrilled that Barbara Dee wrote this timely book. It’s long overdue.
Middle schooler Mila is feeling trapped— a group of basketball playing boys is getting too close, grabbing her, touching her, and then telling her that she’s imagining it. She tells them NO and to stop but they do not stop. Mila tells a counselor but he responds with the typical “boys like to tease” answer (boys will be boys is such a dangerous cop-out!) and that she should ignore them. Ignoring doesn’t stop the behaviors. So she wears baggier clothing. That doesn’t work either. She also tells her friends, but her toxic friend Zara acts mad and jealous that Mila’s getting the boys’ attention. Sara angrily tells Mila that it’s only flirting and that Mila is being a baby. (Unfortunately, Mila doesn’t ever tell her hard-working single mom because her mom is having troubles of her own.)
Unexpectedly, Mila finds an inner strength when she starts karate classes. That strength helps her find what works to put a stop to the harassment. She strikes back at the ringleader boy during a band concert — ruining the boy’s solo. Even though it ruined the concert, Mila’s finally able to tell an adult who listens and helps — her band teacher. Then, there’s a meeting with everyone involved which leads to a resolution.
I highly recommend this essential book; it should be shared widely with middle school boys and girls. Because it’s not funny, flirting, or being too sensitive. It’s hurtful & harassment & not okay. Let’s use this book to have honest discussions with boys and girls about sexual harassment and understand that girls are not being “too sensitive” and that it goes beyond bullying. Let’s use this book to start conversations about boundaries and consent. Let’s use this book to do better! 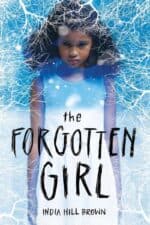 The Forgotten Girl by India Hill Brown
PARANORMAL / GHOST
If you like a little history with your ghost story, this book is for you! Thinking she’s just making a snow angel, Iris accidentally disturbs a grave and calls forth the ghost of a little girl — a little black girl buried in a neglected Black cemetery when segregation extended to death as well as life. Nightmares, weird open windows, and a strange connection to her friend Daniel’s grandmother (Suga) create a distraction from the ghost’s dark purpose– to have a friend forever. Alive or dead. In the end, Iris and Daniel rescue Iris’ little sister and figure out how to appease the angry ghost child. (As well as gain awareness for the segregated history and clean up the abandoned cemetery.) A fast-paced, well-written ghost story with an interesting storyline.

Hoax for Hire by Laura Martin
REALISTIC
Do you like pranks and hoaxes? Grayson MacNeil’s family are professional hoaxers with a business of cryptid trickery that has been in the family for generations. Grayson dreams of leaving the family business to pursue photography at boarding school but for now, he’s tied down by loyalty to the family business that relies on his help. Then disaster strikes. His dad gets thrown in jail, his grandfather goes missing, and their hoaxing stuff is stolen. Grayson and his brother Curtis must find a way to finish their next job and stop the thieving nemesis from ruining their business. Working with his brother makes Grayson realize that he doesn’t want to leave the business after all. A fun adventure!

Sauerkraut by Kelly Jones
PARANORMAL
When HD discovers his German great, great, grandma’s ghost in the basement of his uncle’s house, he’s not as worried about seeing a ghost as he is about helping his grandma achieve her goals. (Although seeing a ghost is really weird and it takes him some time to convince his best friend, Eli, that he’s not making it up.) It turns out, his grandma is haunting her pickling crock with one deepest desire –to have her sauerkraut recipe win the coveted Pickle Prize. HD balances helping his grandma with his other summer goals of taking care of his elderly neighbor’s goats, visiting his neighbor at his new home, and building his own computer from scratch. Quirky and wonderful, this is a feel-good, paranormal story with a wonderful sense of community and kindness as well as a fantastic main character who you’d want as your friend. 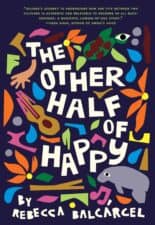 The Other Half of Happy by Rebecca Balcarcel
REALISTIC
Quijana’s struggling with her identity. She notices that she doesn’t fit with the other Latino kids because she doesn’t speak Spanish fluently. Not only that, she knows she won’t fit in with her father’s family in Guatemala and is planning on running away instead of visiting. She knows she fits in with her scientist, Florida-living grandmother but she’s worried about grandmother’s cancer diagnosis. Meanwhile, her little brother seems to be adding more unusual behaviors besides not talking, he’s averse to lights, sounds, and touch. Could he have autism? She finds two friends at but has a crush on one who doesn’t seem to like her back. Who can’t relate to everything in life feeling hard? Because it’s a really hard time in life for Quijana. Heartfelt and relatable, this coming of age story will appeal to readers who like to read about complicated, diverse characters who are just trying to figure out their place in the world.

The Story That Cannot Be Told by J. Kasper Kramer
HISTORICAL FICTION
Do you know about Romania’s brutal history? Our complex, likable story-loving heroine Ileana lives in Romania under a real-life, evil leader named Ceausescu. During his totalitarian regime, spies were everywhere. So were disappearances, death, rationing, and fear of saying the wrong thing. Ileana is an ordinary girl who finds joy and solace in stories, especially the folktales her father tells her and the ones she writes and rewrites in her journal. As we read about her life, interwoven in the chapters is a folktale about a brave princess named Ileana who survives thanks to her wit and bravery. When the real Ileana’s parents discover that their city apartment is bugged and her uncle goes missing, they send Ileana to her grandparents’ village. At first the village feels lonely and difficult but eventually, Ileana softens her heart, makes a best friend, and adjusts to farming life. Unfortunately, the country village becomes just as dangerous as the city. Soldiers arrive ordering all citizens to leave their homes. But Ileana’s not going without a fight. I loved how this story showed the history of Romania, celebrated folk tales, and featured a heroine who was brave and loved stories. 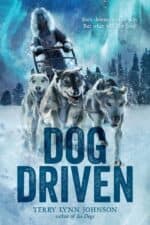 Dog Driven by Terry Lynn Johnson
REALISTIC
A story about finding your strength even if it looks like a weakness…McKenna enters a long dog sled race in order to bring awareness to her sister’s degenerative eye disease. Which McKenna can tell she has, too. Her eyesight is worse and worse. She just doesn’t want to tell her parents and be treated differently. During the race, she relies on her lead dog to guide the sled. Another racer, a boy with a blind dog, shows her that his dog is a powerful leader. He quickly notices that’s McKenna can’t see either. The challenges of the race and her new friendship help McKenna realize that just like Zesty the blind dog, she is not disabled and that her differences make her better. 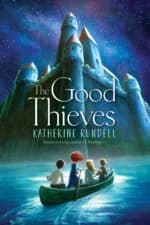 The Good Thieves by Katherine Rundell
ADVENTURE / HISTORICAL FICTION
It took me a few chapters to embrace this story but once I did, I found it to be a lovely, kid-powered adventure with a feel-good ending. Vita’s grandfather has been swindled out of their family mansion. She’s determined to right the wrong and enlists three other children to help her — a pickpocket and two circus boys. She makes a lot of mistakes — like confronting the evildoer — but learns and plots to succeed. And in the end, their little troupe of good thieves prevails! 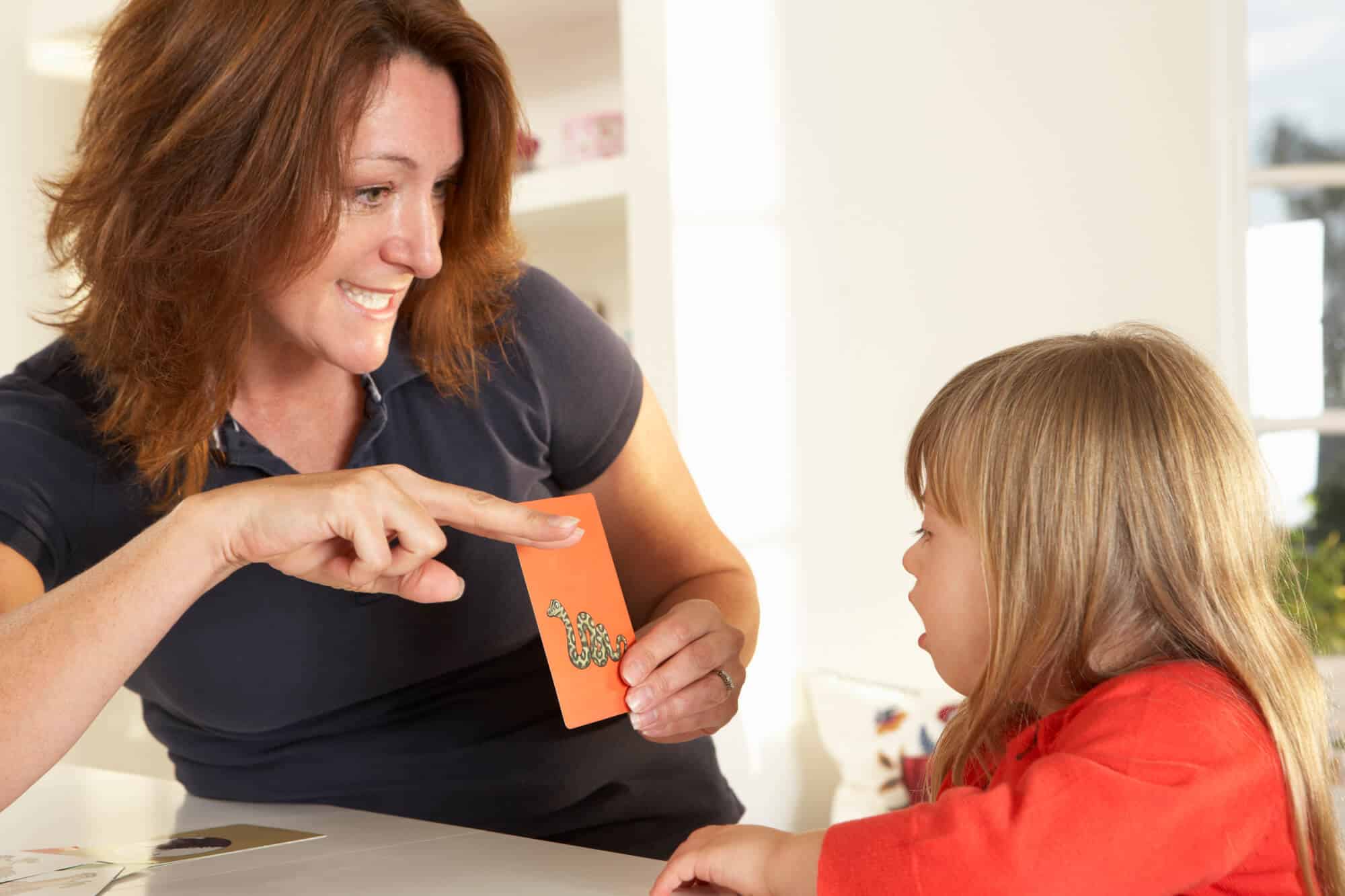