Happy Earth Day! Today, as we celebrate our planet, I’m excited to share a chapter from my newest middle-grade book, a story about getting outside, protecting our environment, and living in the now. 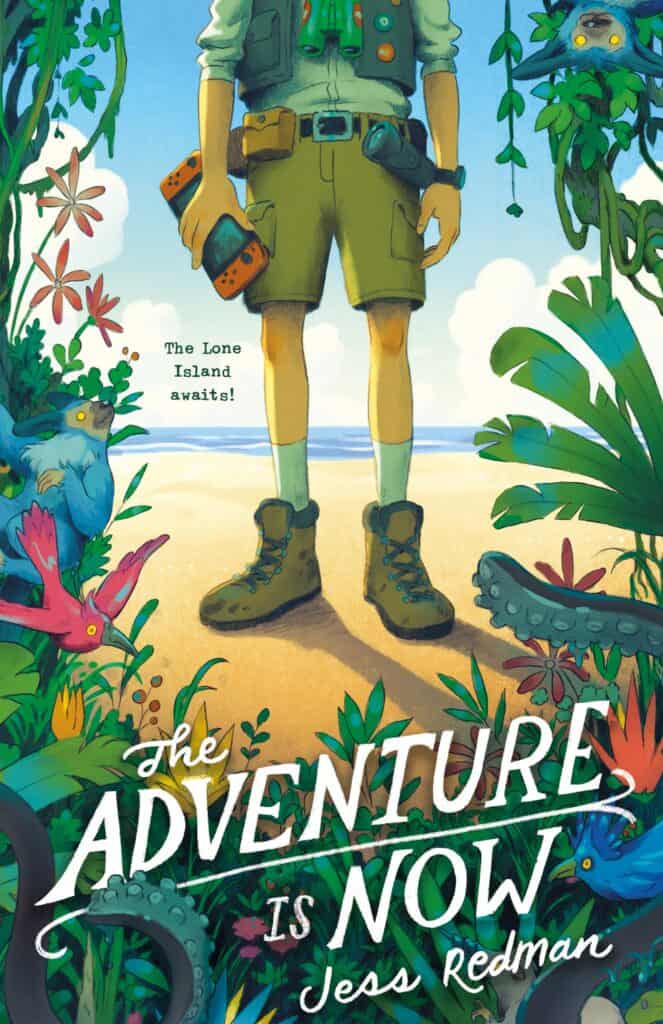 THE ADVENTURE IS NOW follows 12-year-old Milton P. Greene as he spends the summer on a remote, electricity-free island with his ecologist uncle. In this chapter, Milton and his friends are trekking through the island’s wild and wondrous jungle. They’re following a series of clues left by naturalist Dr. Ava Paradis in a field guide, which is included in the book so that readers can follow along too. The clues will lead to a treasure that will keep the island and its fantastical flora and fauna protected from the developers who are trying to buy it. Milton and his friends will have to canoe, hike, set up camp, scale trees, identify never-before-seen species, and work together if they’re going to save the Lone Island.
After reading this snippet, I hope your kids will be interested in solving the clues and finding the treasure along with Milton—and I hope they’ll be inspired to get outside and find ways their own ways to stand up for the environment. Whether they plant a garden, participate in a park clean-up, or take action to protect threatened species in their area, an adventure is waiting for them!

Three hours upriver, the jungle had become a whole different world. There were very few plants that Milton recognized now (and he was pretty sure Fig didn’t either). There was a kapok tree here, a flame tree there, tamarind yonder, but the run-of-the-mill foliage had become few and far between.

Instead, there were tree trunks that were deep blue or iridescent or feather-covered, like giant birds. There were hanging flowers that shimmered like glass and tinkled like wind chimes. There were ginormous butterflies in every hue, polka- dot lizards, and birds with ten- foot- long tail plumage swooping and spinning across their path. Below their feet were blossoms with complex petals like origami, and vines that slithered, and pink- blue- purple crystals, which Milton thought must be the rock candy mentioned in the field guide (he didn’t try to eat it though, for sanitary reasons). Everything was bright and brilliant and, to be honest, bizarro.

“Don’t you feel like her right now, hiking through this place for the first time?” Fig said. She had been smiling ear to ear since they started hiking again, in spite of their new companions. “Think what could be in here— thousands of new species. And we get to find them all.”

“It is pretty amazing,” agreed Rafi, who had been snapping pictures nonstop.

It didn’t help that they didn’t really know where they were going either.

After the canoe hint, the only possible next clue Fig and Milton could find was the Habitat line in the Astari Night Avis entry: Soaring through jungle canopy or nesting in the Starlight Starbright Trees, which incidentally, are the perfect trees to spend the night under. They had been keeping an eye out for any trees that fit that description, while ignoring Rafi’s repeated questions about where they were going. When they finally told him the plan, he was not impressed.

“We’re going to wander around aimlessly until we spot some sparkly trees?” he said. “What if we miss them? Have you seen all the trees in here?” He gestured around, and Milton had to admit he had a point.

“Do you have a better suggestion?” Fig asked.

“Give me the field guide, and I will,” Rafi replied.

Fig raised an eyebrow and marched ahead.

Rafi pshawed noisily. “May I please hold the field guide?” he called after her.

Milton pulled the guide from his dry bag and handed it to him. “You may hold it,” he said in his most authoritative voice, “for half an hour.”

Then he hurried to catch up to Fig before Rafi could respond.

As they hiked on, Fig found more and more things to ooh and ahh over, and Milton didn’t feel so bad himself. Out here, in the wild, his thoughts were quieter, and his stomach wasn’t nearly so blerghy. That old Nature Phase feeling was back in full force, giving him the sense that he was part of all this aliveness that surrounded him.

“It’s weird,” Fig said quietly as they passed a small clearing of spiral-shaped, rainbow-hued flowers, “I keep thinking about how much my dad would have loved this place.”

Milton hesitated before he replied, not wanting to venture into Things You Do Not Say territory. “But he was an artist, not a scientist, right?” he finally asked.

“He was,” Fig said, “but he mostly painted nature stuff. We would all go on weekend hikes together. My mother would collect plant samples, and he would paint, and I would read.” She smiled, a small smile. “I haven’t thought about that in a long time.”

Milton paused as a winged lizard swooped across the path. “My parents went on expeditions with me too,” he said. “Not far away, but to local parks. Not lately though. Uncle Evan claims that my father was once very outdoorsy, but now he pretty much just goes to work and then to his— his apartment.” He shrugged. “Maybe that’s one of the reasons he’s been so unhappy.”

Fig nodded thoughtfully. “Maybe their adventure isn’t over yet though,” she said. “You never know what’s going to happen next. Who could have predicted that your terrible year would end up here?” She gestured to the jungle surrounding them, and Milton had to admit, it was a pretty convincing argument.

“No way!” Rafi suddenly screamed from behind them. “This spider has twelve legs!”

Fig hurried to see the spider, which was skittering across the open page of the field guide that Rafi had been reading. Milton waited where he was, thoughts still focused on unpredictable outcomes (and very intentionally not on too- many-legged insects).

“My parents would go nuts if they saw this,” Rafi told Fig, holding the arachnid- topped leaf- page up to his camera.

“Sounds like they’re not the only ones,” Fig said. Milton glanced over quickly (very quickly) and saw that Rafi was actually smiling at the (repulsive) creature.

“I wouldn’t go that far,” Rafi replied. “But I think me and this spider might have figured out another clue.”

Order a Copy of the Book! 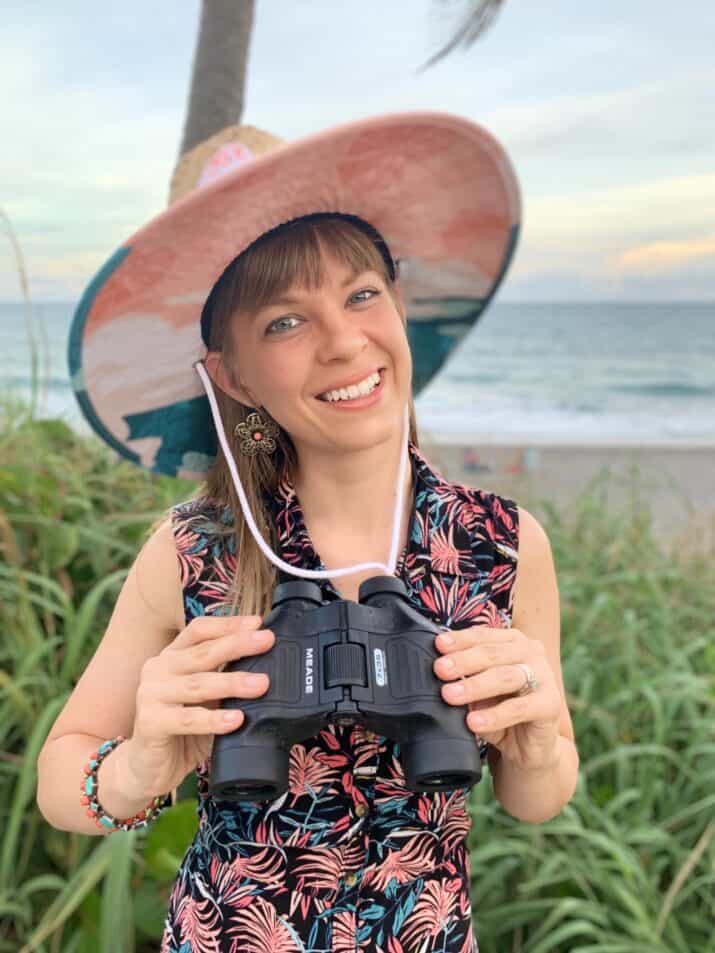 Jess Redman is the author of The Miraculous and Quintessence. She currently lives in Florida, with her family. She has traveled all around the world and would love nothing more than to spend a summer on the Lone Island. 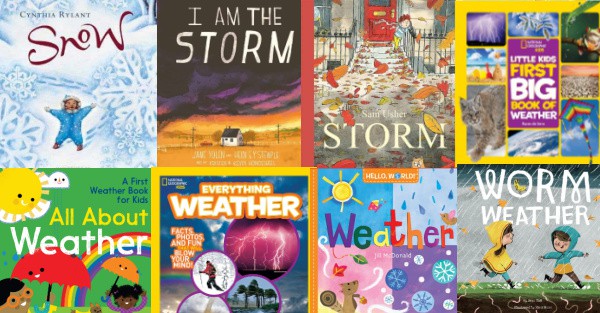 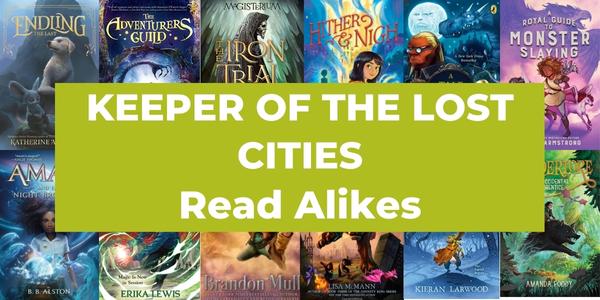