If you like goofy or are goofy, Jake the Fake Keeps it Real might be your next funny book favorite. It’s a middle grade chapter book by Craig Robinson and Adam Mansbach with cartoon illustrations by Keith Knight based on Robinson’s own experience in a similar situation.

Goofy Jake the Fake for Fans of Wimpy Kid

Jake’s older sister already attends the magnet Music and Art Academy. That’s why jokester Jake auditions with the only piano piece he can play. To his astonishment, he gets in.

Which is a problem. Because he’s pretty sure he’ll be kicked out the first week for being a total fake.

He gets into a very strange class whose teacher doesn’t require much academic or creative work. It’s that strange. This works out perfectly for Jake to hide his lack of musical talent. 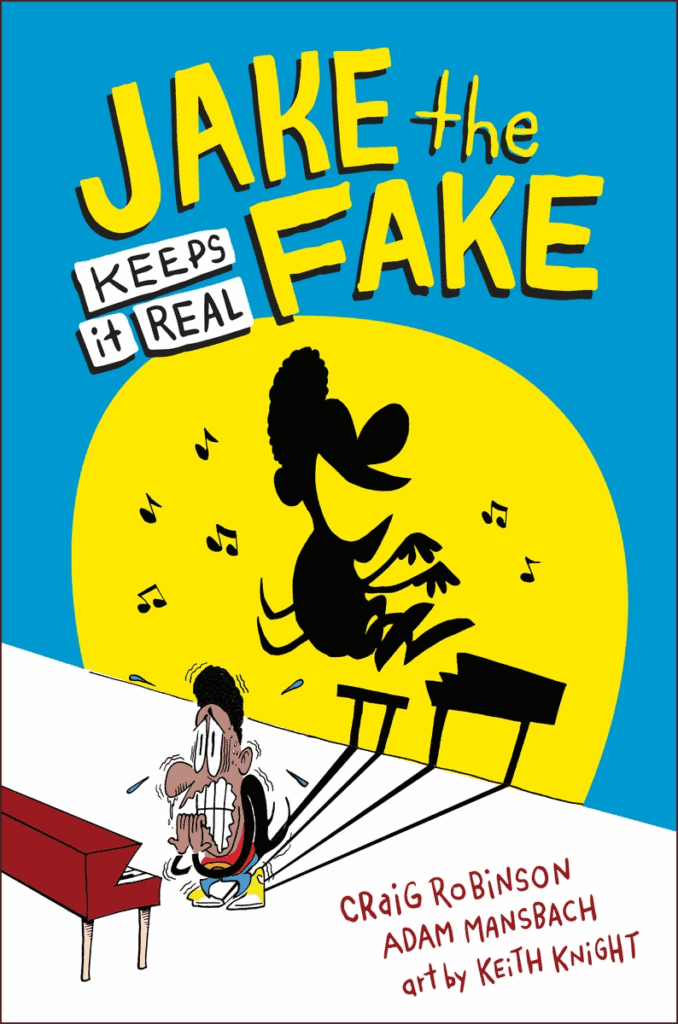 What Jake does do, acting on advice from his new friends, is get as zany (read: totally weird) as he can to seem artistic. For example, he insists his peers and teachers call him “The Dentist”.

His antics, like “The Dentist” will crack you up.  What’s even funnier is that it works for others to think he’s gifted!

In the end, Jake is as surprised as we are that he actually does belong at this unique school. Not for his music but for his humor.

Check out Jake the Fake along with other Funny Chapter Book Recommendations for Kids.