On those days when only two people want to play a game, as often happens in our house (kid and dad), Think Fun offers a new logic 3D four-in-a-row game called Stratos Spheres for kids ages 8+. 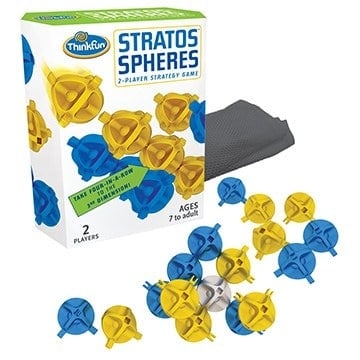 Stratos Spheres is similar to tic-tac-to except that you must get 4 in a row not 3, and it’s in 3 dimensions.

Start out with the white piece– a neutral piece for the first move.

The first player attaches her color to the white piece.

Subsequent moves will attach to any piece’s peg or hole no matter the color. 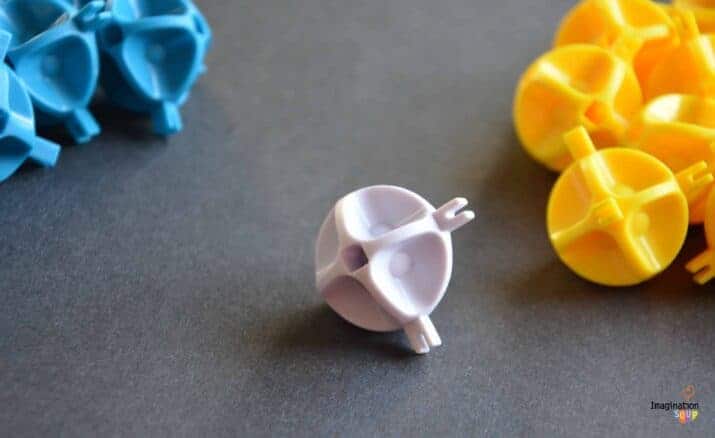 Your goal is to get four of your color in a row but you also will need to block the other player from getting a row — that’s where strategy is involved.

You may attach your piece to a peg or hole. But, NOT when there is a peg sticking out from another piece that blocks your move. It’s okay for two holes to touch. 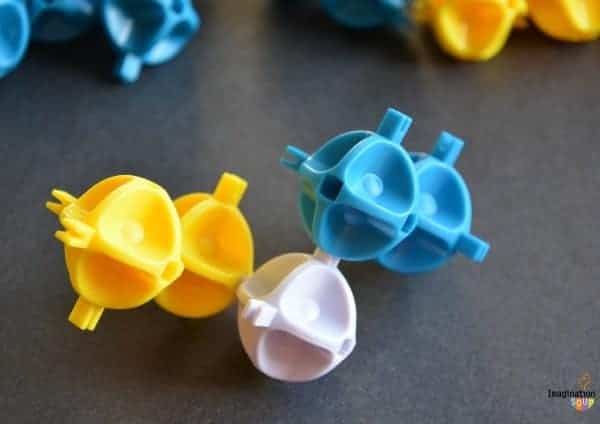 Four in a row counts horizontally, vertically, or diagonally in 2D or 3D. 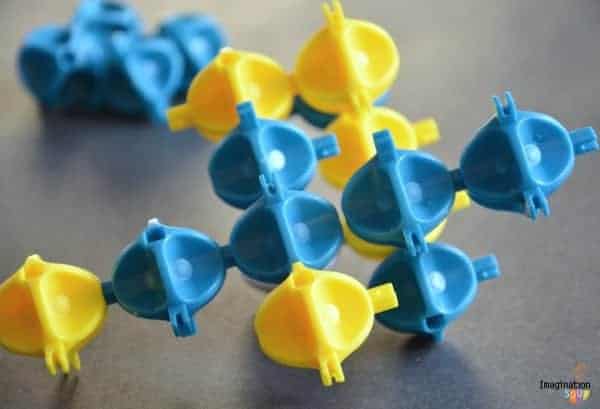 It’s quick, easy to take places (comes with a carrying bag), and enjoyable. 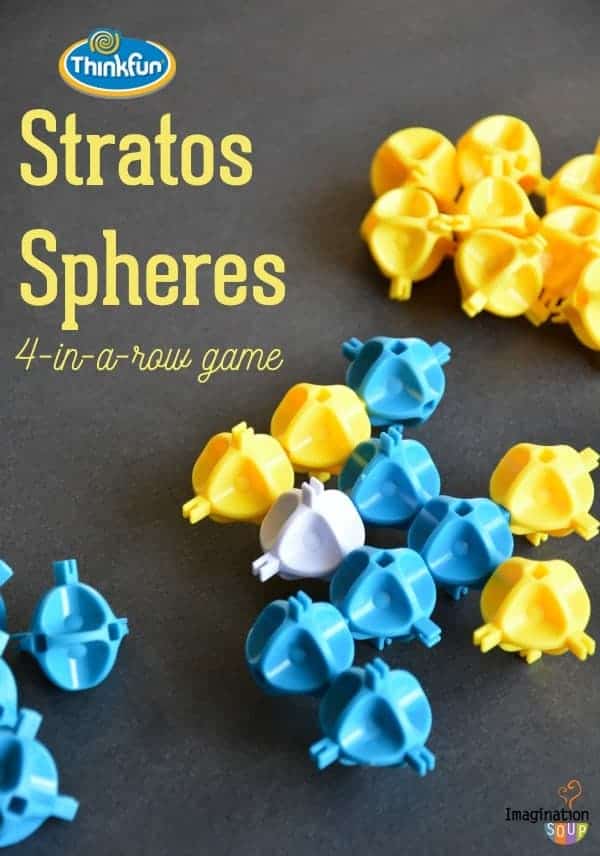