It’s a complaint I’ve heard often. Contemporary novels for kids are too dark!

And it’s one I understand even as I send another “dark” story into the world. 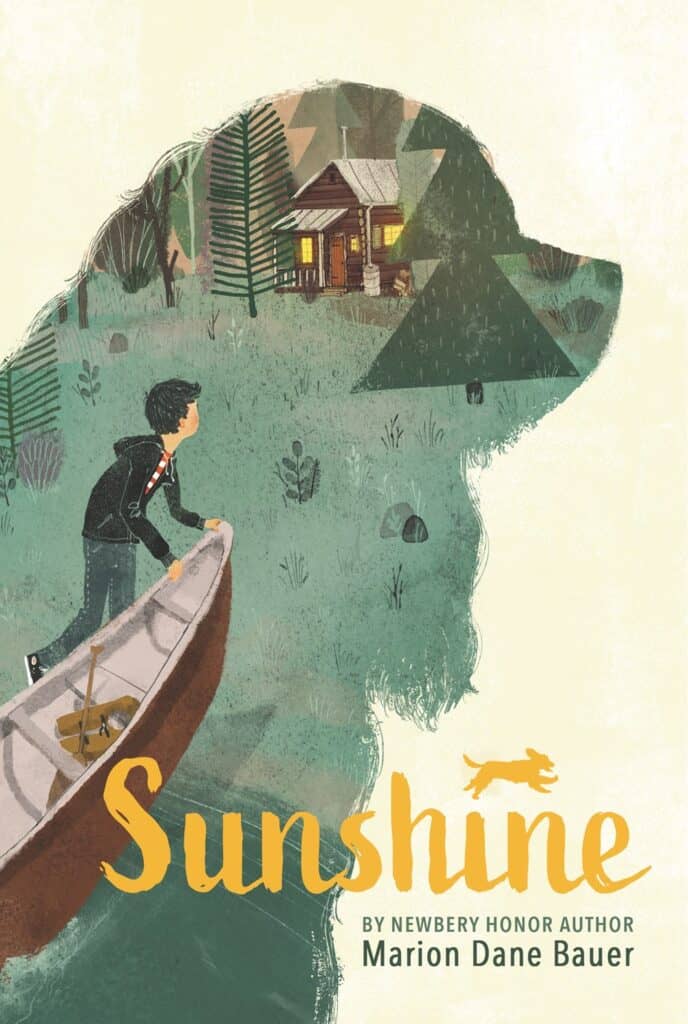 Reading that review, I’ll admit I flinched a bit, even though I knew “painfully sad” wasn’t meant as criticism.  After all, Kirkus gave Sunshine a star. But “painfully sad” hadn’t been the destination I’d been reaching for, though it was certainly the one I had found. It’s a place my stories often take me.

Probably the best known of my novels is On My Honor, which received a Newbery Honor Award in 1987.  It’s a story of two boys who are swimming in a river when one of them drowns. The boy who survives returns home, so terrified and so guilty that he tells no one what happened.

A dark story, to be sure, one taken from an event from my childhood. It is also a story that has been lived again and again in our real world. I can’t count the number of communities I have visited where someone told me that something just like that had happened there.

I wasn’t involved in the drowning my story grew out of. I didn’t even know the boy who died.  But I can still remember the exact place I was standing in my yard when someone told me about my friend who had been there and had been the boy who survived. I remember feeling his guilt, his terror, his regret in my bones.

To emerge from that river knowing the other boy had died, knowing they had been doing something forbidden to be there at all, knowing he could never redo the day, make different choices, change the outcome!

My friend’s imagined anguish stayed with me.  (He never talked to me about the event.  He probably didn’t talk to anybody about it.) And because I am a writer, that moment emerged many years later as another dark story to be added to the lexicon of children’s literature.

Why? By which I mean, why are such dark stories needed? Or even tolerated?

I didn’t write On My Honor, as some teachers have supposed, to warn kids not to swim in forbidden rivers. I didn’t even write it to teach them to obey their parents or to tell the truth when something bad happens.  If it has those secondary effects, I’m glad. But I had a different intention entirely.

I wrote On My Honor—as I wrote Sunshine—so my readers could feel.

When story works, it works because we live it. We embody another human being. We struggle, laugh, rejoice, weep with that imaginary person.

Grieving with a character’s loss is not the same as living our own, of course. It’s a much safer kind of grieving. One that can be felt with little risk. And yet that grief still has the capacity to open us from within.

Fiction is the only experience I know that permits us to climb inside the skins of our fellow human beings. To see with their eyes, hear with their ears, think with their thoughts, feel with their feelings. It’s a made-up experience, of course. And yet, if the writer is writing well, it is an experience made up out of our deepest human knowing.

Sunshine is about a boy’s attempt to reunite with the mother who abandoned him years before. It’s about his dog, Sunshine, too. Sunshine is an imaginary dog, actually, one the boy manufactured when he was three years old in an attempt to fill the mother-hole he’d been left with. And—spoiler alert, but you probably already know this because you’re an adult and know how the world works—the reunion is not particularly successful. Not in the boy’s terms, anyway, which means not in the reader’s.

Perhaps you will be relieved to know, considering the many dead dog stories that abound, that Sunshine herself survives. She survives for the boy to leave her behind. So yes, it’s a sad story, albeit still a hopeful one.

What will happen to those readers who, if the Kirkus reviewer is right, can’t fail to be moved?

Centuries ago Aristotle spoke of “the purging of pity and fear.” And that is exactly what I hope for.

That readers will emerge, cleansed. (The right readers, anyway.  No book fits everyone.) They will grieve, of course, but they will come through grief into hope. And hope is more than the antidote to grief. It is its natural ally.

We grieve and we hope. It’s part of what makes us human. And though we adults sometimes like to pretend it isn’t so, the young grieve and hope as acutely as we. More acutely probably for not yet having learned to keep feelings tucked away.

Feeling strong feelings, even dark feelings, in the safety of story expands our understanding. It teaches us empathy. It widens our emotional range. It deepens our humanity.

Marion Dane Bauer is an award-winning author of more than one hundred books for young people, including the Newbery Honor Book On My Honor and The Stuff of Stars. A former faculty member of the Vermont College of Fine Arts MFA program in Writing for Children and Young Adults, she now writes full-time. Marion Dane Bauer lives in St. Paul, Minnesota.

BUY Sunshine on Amazon or Bookshop.

Oh, yes, yes, a million times yes!!!! Thank you, Marion, for sharing these wise truths about the power of story. Your words resonate deeply –everything you wrote is exactly why we read..for safety and feeling and healing and hope. All of it. I am so looking forward to reading your newest book, Sunshine, and I know my readers will feel the same. 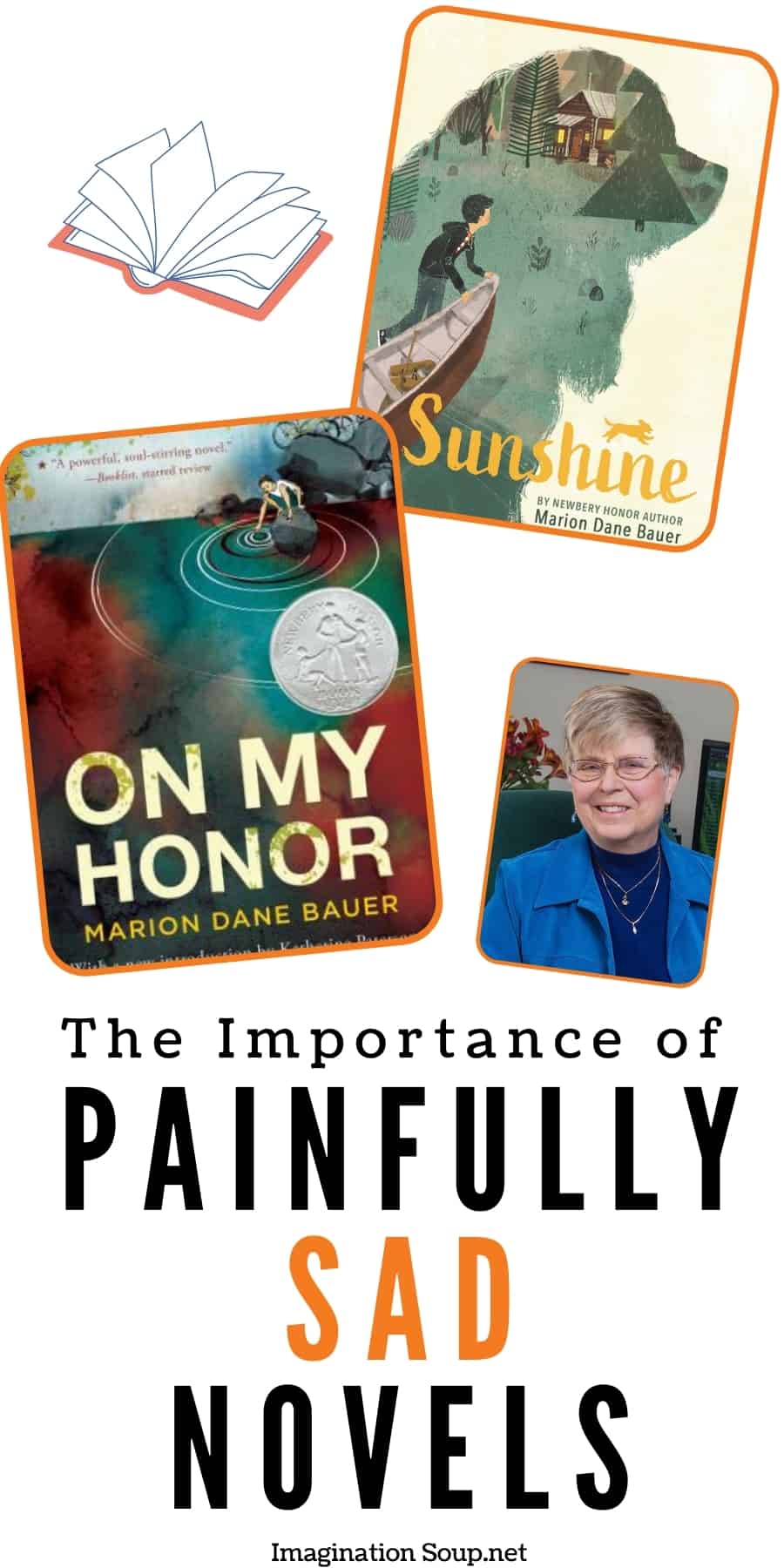 More Middle Grade Books That Will Make You Cry 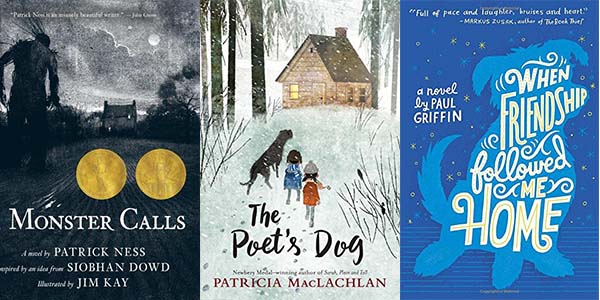 Parent Death in Books for Ages 8 to 12