It’s a snowy day here in Colorado. My girls are home from school, an early gift for us all. And we have books stacked everywhere — books I want to tell you about. (I wonder if this is a decor aesthetic?) Here are the middle grade and YA book I’ve been reading and think you’ll enjoy, too. 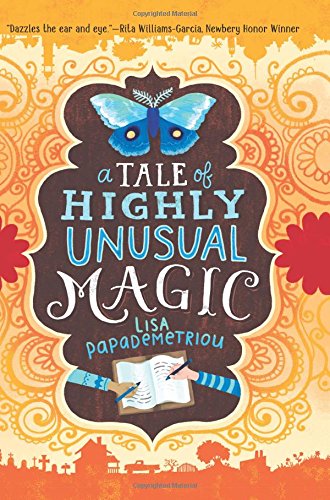 A Tale of Highly Unusual Magic by Lisa Papademetriou MIDDLE GRADE MAGICAL REALISM
Two girls in two locations (Texas and Pakistan) each discover a magical book, The Exquisite Corpse, in which a love story appears that will eventually connect the girls to each other and their histories. It’s a beautifully written story of friendship and self-discovery. 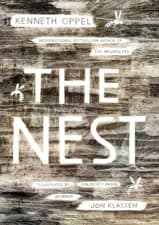 The Nest by Kenneth Oppel MIDDLE GRADE DARK FANTASY
Something’s medically wrong with Steve’s baby brother — something that the suspicious wasp queen says she can fix. Her bees are “growing” a new baby that will replace the sick one. This is a quick read reminiscent of the fairy changeling stories with it’s dark, twisty questions of morality and reality. 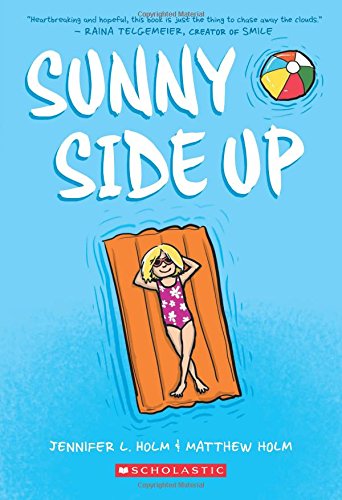 Sunny Side Up by Jennifer L. Holm MIDDLE GRADE REALISTIC GRAPHIC NOVEL
Sunny’s summer vacation is spending time with her grandfather at his retirement home. (Not exactly her idea of fun.) Luckily, she meets the caretaker’s son, Buzz, and as their friendship and love of comic books develop, she also starts to deal with the real reason she’s there — her brother’s drug use. Well-written and an enjoyable narrative. 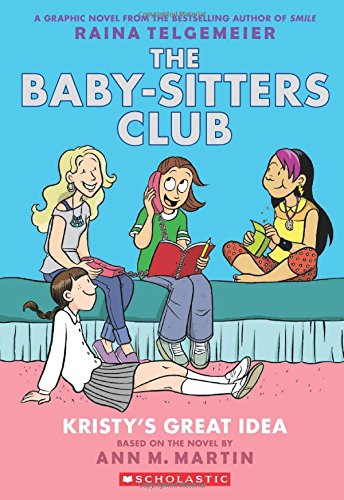 Kristy’s Great Idea Babysitter’s Club #1 Full-Color Graphix Novel by Ann M. Martin, illustrated by Raina Telgemeier MIDDLE GRADE REALISTIC
We’re loving these updated Babysitter’s Club graphic novels by the uber-talented Raina Telegemeier who wrote the highly-acclaimed Smile and Sister.  Currently there are three published with many more in the works. It’s a good idea to start with book one since the stories are told in a specific order with details from previous stories. These are funny and fun to read, maybe even more than once. (The Truth About Stacey #2, Mary Ann Saves the Day #3) 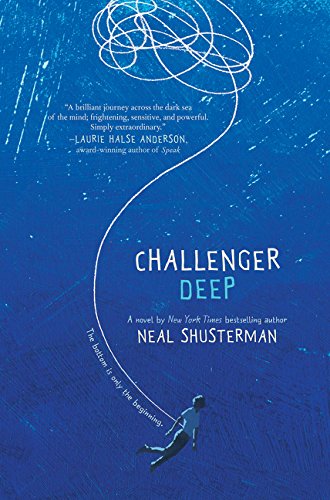 Challenger Deep by Neil Schusterman YA REALISTIC
Bizarre. I got about a third of the way through and wanted to abandon this book. . . until I reread that it was a journey of schizoaffective disorder. That explained why none of it made much sense! It’s a very sad glimpse into the mind of what Shusterman’s own son experienced.

Air Awakens by Elise Kova YA FANTASY
Vhalla thinks she’s just a library assistant but when the prince needs her, she learns she’s the only air elemental in the kingdom. Now she must decide if she’ll train her magic or let the wizards remove it. The second book is already out, too! Adventure and magic make this a great story. 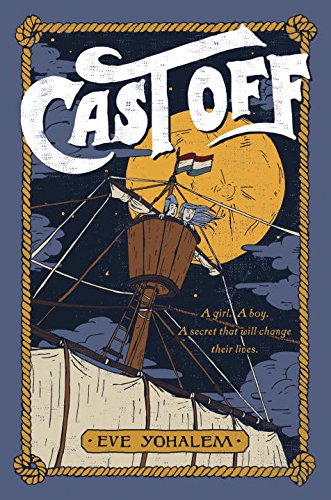 Cast Off: The Strange Adventures of Petra de Winter and Bram Broen by Eve Yohalem MIDDLE GRADE HISTORICAL
Petra escapes her abusive Dutch father by disguising herself as a boy and stowing away on a merchant ship. She’s befriended by a boy but soon discovered. The adventure of the two friends set amidst the history is absolutely fascinating. It’s a great book! 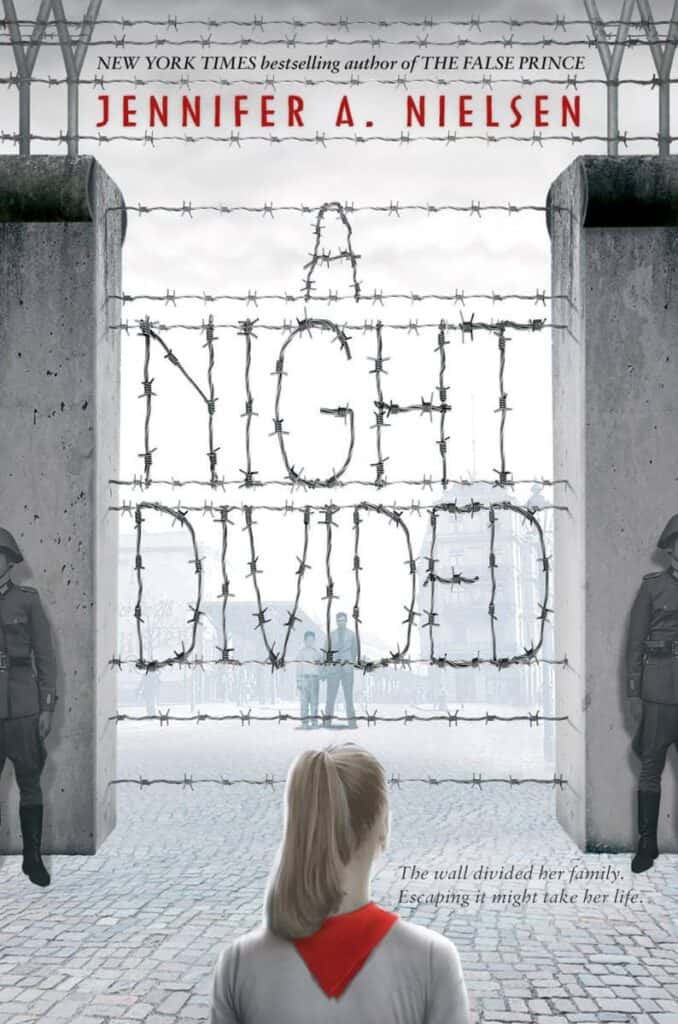 A Night Divided by Jennifer A. Nielsen YA HISTORICAL
Overnight a fence with armed guards divides Berlin. Gerta is stuck on the east side with her brother and mother while their father and other brother already escaped to the west. Greta’s father gets her a message that set her on a course to dig a tunnel to the west. It’s dangerous but Greta’s determined. Excellent. 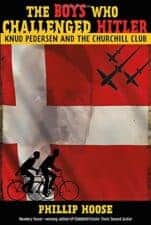 The Boys Who Challenged Hitler: Knud Pedersen and the Churchill Club by Phillip Hoose NONFICTION HISTORY
If you’re teaching leadership or becoming change-makers, use this book! Knut and his friends couldn’t endorse their country of Denmark’s position on allying with the Nazi’s so they decided to do what they could to fight back. Even though they were just teenagers, they managed small acts of sabotage. But more than that, they inspired a full Danish resistance movement! 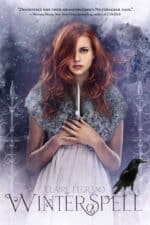 Winterspell by Claire Legrand YA FANTASY
My daughter LOVED this book. Claire awakens her godfather’s nutcracker statue and learns he’s an exiled prince from another world — a world of fairies and magic that is ruled by an evil fairy queen. It’s a spirited adventure filled with steampunk and fantasy elements, romance, and the ultimate fight of good vs. evil. 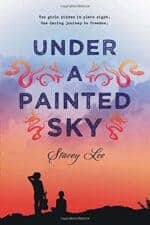 Under a Painted Sky by Stacey Lee YA HISTORICAL
A slave girl and a Chinese immigrant girl flee west, disguising themselves as boys. Fortunately for them, three cowboys allow them to travel with them. We see the dangers of the Oregon Trail, racism, as well as the bonds of friendship in this beautiful historical book for young adults. 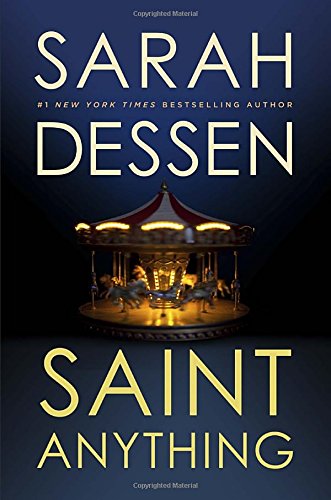 Saint Anything by Sarah Dessen YA REALISTIC
Dessen’s fiction always grabs at your heart and this is no exception. Sydney’s parents are wrapped up in her incarcerated brother and Sydney’s floundering. She feels guilt for the damage her brother inflicted on a boy riding his bike, she feels scared about her brother’s best friend’s leering, she feels hopeful about her new friend group. This is a powerful coming of age story. 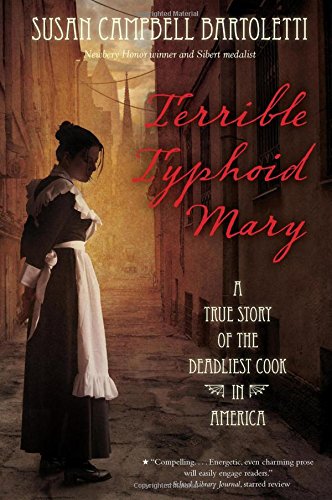 Terrible Typhoid Mary: A True Story of the Deadliest Cook in America by Susan Campbell Bartoletti
I love how the author writes this using the facts and clearly stating when there are gaps in the accounts, making conjectures very clear. It’s a great book — and frankly, fascinating to understand the details of solving and then proving that Mary was the common thread of illnesses. It also asks the questions of Mary’s rights weighted with the rights of the public. This would be a great book club selection!

Chapter Reveal of THE ADVENTURE IS NOW!

Picture Books You Can Use for Writing Prompts