Malala Yousafzai won the Nobel Peace Prize today. She’s the youngest winner EVER. And one of the most inspiring. Especially to young people who want to make a difference in the world.

In 2012 in Pakistan, 14-year old Malala was shot in the head at close range. She was shot by a Taliban gunman simply because was a female attending school. It was a miracle that she survived.

Even before she was shot, Malala has fought to show the world how important it is for girls to have an education. She started writing a blog using a pseudonym when she was only 11 that championed her beliefs. Beliefs which got her shot.

Malala shares more in detail how the shooting changed her life and her determination to continue to advocate for her rights in her memoir,  I Am Malala: The Girl Who Stood Up for Education and Was Shot by the Taliban. 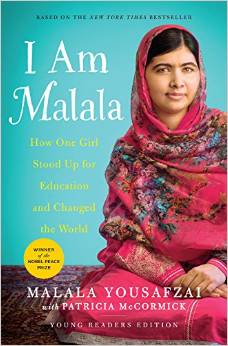 When she turned 16, Malala asked the UN to support education for all children. She brought the UN a petition signed by 4 million people that asked world leaders to fund new teachers, schools, and books as well as end child labor, child marriage, and child trafficking.

Others who could not be with Malala at the UN wrote letters in support of her demands.

Rosemary McCarney with Plan International took the letters of girls around the world and turned them into a picture book, Dear Malala, We Stand with You. 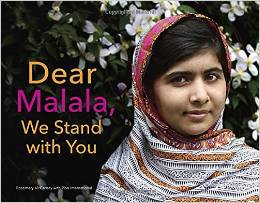 When she accepted the Nobel Peace Prize, Malala asked, “Why is it that countries which we call strong are so powerful in creating wars but are so weak in bringing peace? Why is it that giving guns is so easy, but giving books is so hard?”

Now that’s a provocative question. Ask your kids what they think.

The Nobel Peace Prize committee described Malala (who co-won with ab activist from India) as a champion of peace.

I also love that Malala said, “I’m thankful to my father for not clipping my wings and for letting me to fly.”

I hope that as parents we can let our kids fly and show them Malala’s example of working to make the world a better place for all people.

What You Can Do

Show your children these books.

Share with your children Malala’s speeches, interviews, and story.

Picture Books About Habitats and Ecosystems 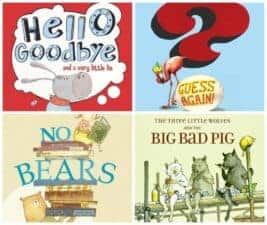 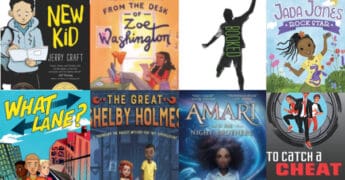