Mac Barnett and Adam Rex on How This Book Was Made

How This Book Was Made is a humorous account shared by the author, Mac Barnett, and illustrator, Adam Rex, about their amazing (and slightly unusual!?) process of publishing a picture book.

It goes something like this: getting an idea, writing lots of drafts, arguing with an editor, playing cards with a tiger, waiting forever for the illustrations, growing a long beard, printing the book in a huge pile which could be seen from space by ice-cream eating astronauts, putting printed books on a ship captured by pirates who don’t read, getting the book delivered to places everywhere, and then the most important part — the waiting . . . the long waiting for someone to open a book. And read it.

Because what’s a book without a reader? 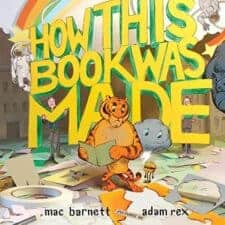 My 11-year old daughter, JJ, and I are HUGE fans of both Mac Barnett and Adam Rex . . . We came up with these questions for the pair of them together . . .

Melissa & JJ: Why did you write How This Book Was Made?

MAC: That sounds more like an accusation than a question. Is this JJ? Man, JJ, you’re tough.

MAC: When I visit schools, kids often ask me how a book is made. When they do, I tell a very long story involving pirates, tigers, and Adam Rex’s indolence. It fails to answer the question, but it’s a pretty good story. One day after I told it, a girl raised her hand and said that I should turn that story, the story about how a book is made, into a book. I thought about it, and decided she was right.

Melissa & JJ: How long did it really take for you to write, illustrate, and publish this book? Did either of you grown long, long beards by chance?

ADAM: I only bother to shave about once a week, so I’m sort of always growing a beard. I ignore it until my son complains, and then I shave it off again.

MAC: Told you about the indolence.

ADAM: This book really did take a long time, because Mac wrote it and I agreed to illustrate it and then I proceeded to not do that for a few years. There were scheduling issues on both sides. But once I really began work on the book, it probably took three or four months. I finished it up last fall, I think—after I’m done I have to wait, too, for the book to be edited and approved and printed and reviewed.

Melissa & JJ: From where do you get your inspiration? Tigers? Wild animals in general?

MAC: Adam’s not talking about just watching nature, either. Three years back, a tiger I know wrote a book about a school’s first day of school. Then two months ago Adam comes out with this. 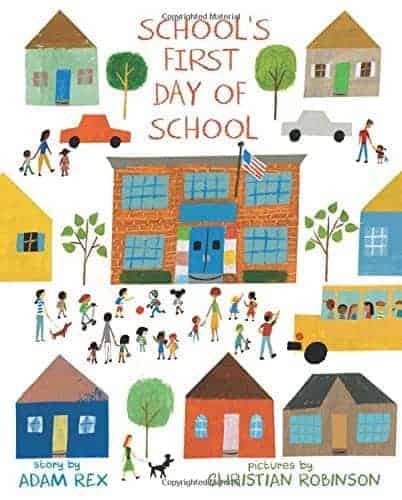 MAC: Adam calls it “inspiration.” I call it stealing.

ADAM: Please. How can you steal from a tiger? They have no copyright protection under law.

Melissa & JJ: I know it’s like picking your favorite child but do you have a favorite book that you’ve made — written or illustrated? & why?

ADAM: I’m really proud of How This Book Was Made. I used techniques I’ve never tried before, but they’re techniques I’m excited to try again.

MAC: You know, I probably shouldn’t have pasted that cover of School’s First Day of School up there, since we’re supposed to be here promoting our book. So I’m going to paste How This Book Was Made in this answer, even though hopefully you’ve already shown the cover somewhere else in this post, and say, “Me too! I’m also really proud of our new book! 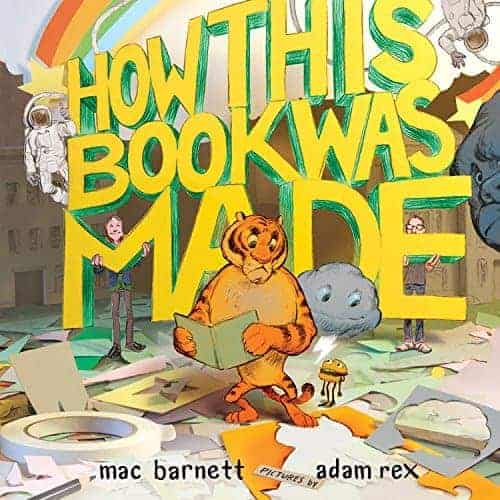 Melissa & JJ: What book(s) are you reading & loving right now?

ADAM: I’m working my way through borrowing all my father-in-law’s Raymond Chandler novels. And my son is asking every night for the Princess in Black books by Shannon and Dean Hale (and illustrated by LeUyen Pham).

MAC: I love novels and the best ones I’ve read this year are The Known World by Edward P. Jones and The Last Samurai by Helen DeWitt. Du Iz Tak? by Carson Ellis is coming out soon, and it’s the most exciting picture book I’ve seen in many years. Here’s the cover: 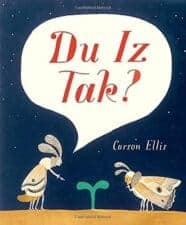 Melissa & JJ: Any advice for aspiring kid writers and illustrators? We know write, write, write, of course. JJ (waving hello) is excited to know if you have any recommendations for books, blogs, or anything else from which kids anywhere in the world can learn.

ADAM: There was a time, when I was really at the beginning of figuring things out, when the book Bird by Bird by Anne Lamott was comforting. It’s been a long time since I’ve read it so I can’t vouch for handing it to a kid, but maybe Mac has some ideas about kid resources—he used to run an after school writing and tutoring center.

Otherwise, the thing I try to tell kids most is that there is absolutely nothing special about writers. Writers are just people who give themselves permission to write badly, because everyone writes badly at first. No one publishes their first drafts, because first drafts are usually garbage.

MAC: There’s a book called Don’t Forget to Write, put out by 826 National, that’s a good resource for kids. (I used to run 826LA, the Los Angeles branch of the nonprofit who put out the book.)

But even more important than write, write, write—read, read, read. Read a lot. Different genres. Books you like. Books you don’t like. It’s the best thing you can do to get better at your writing.

Melissa & JJ: Thank you so much, Adam and Mac for chatting with us today — and for keeping supplied with so many excellent books!!