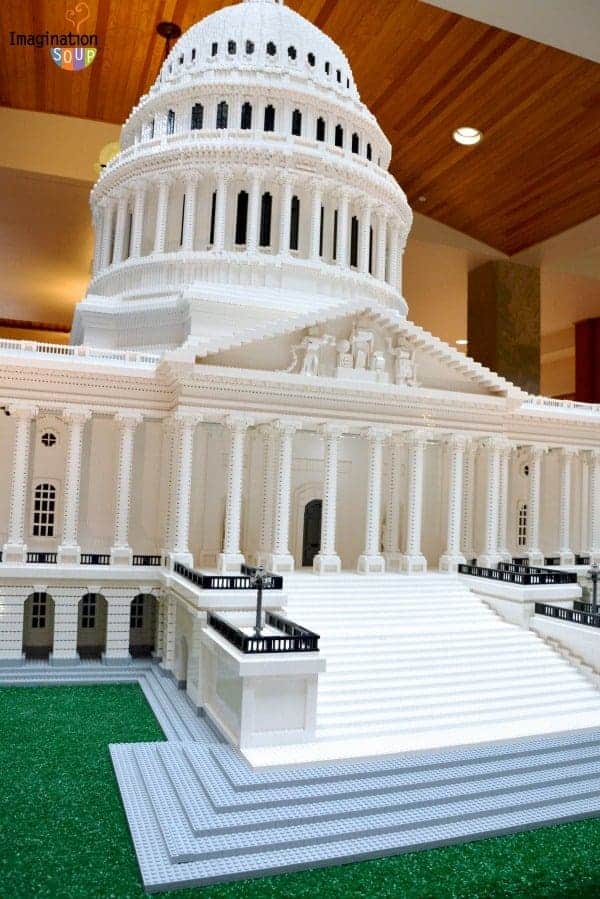 The LEGO American Roadshow is schedule to be in the following locations:

Get a map for an informative LEGO Americana Roadshow scavenger hunt just for kids. Answer questions about each landmark. Then, turn in the completed hunt to the LEGO store for a poster prize. 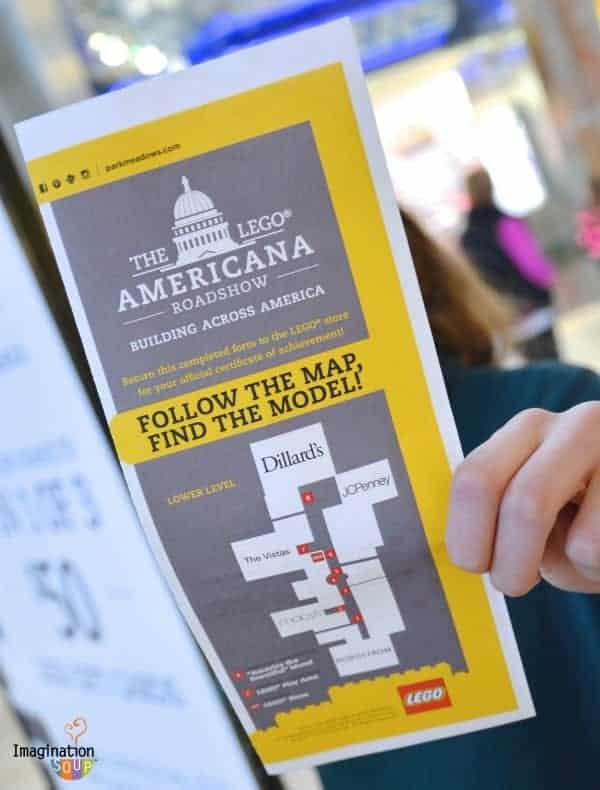 I learned quickly that my kids needed some help with map skills– at least orienting the map. Really? So that was an additional teaching opportunity (besides the landmark information.) 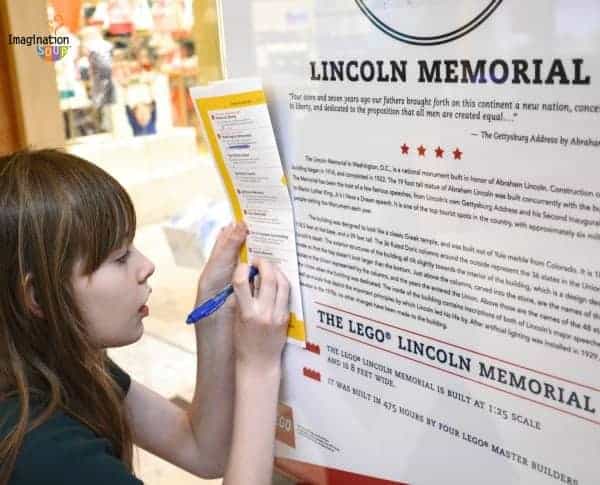 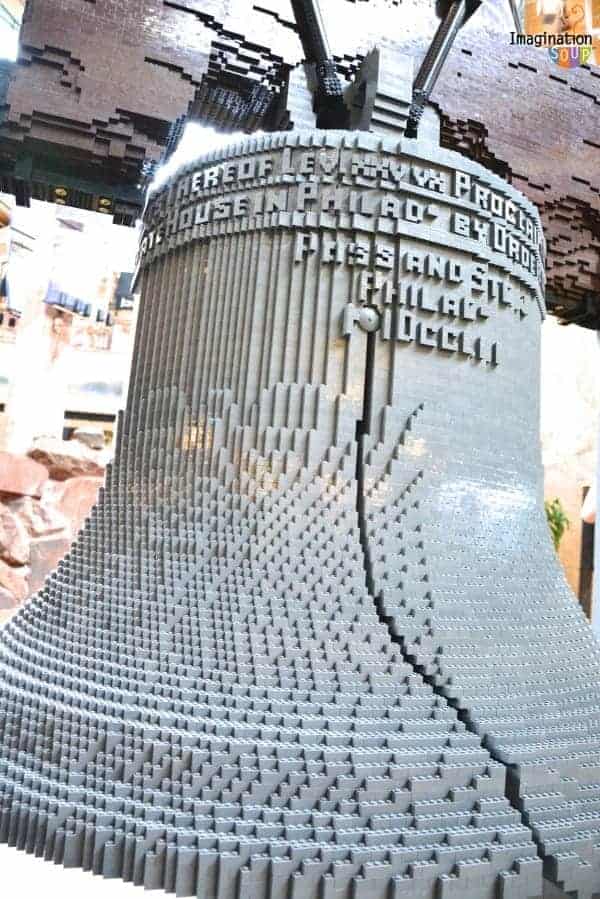 Bigger than my kids! 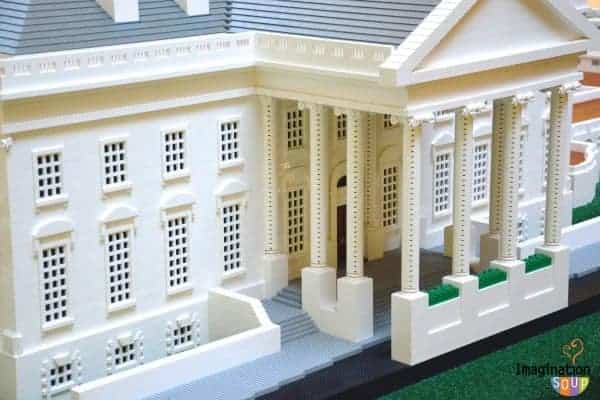 The Liberty Bell was probably my personal favorite because it was a 1:1 scale. It was SO cool. 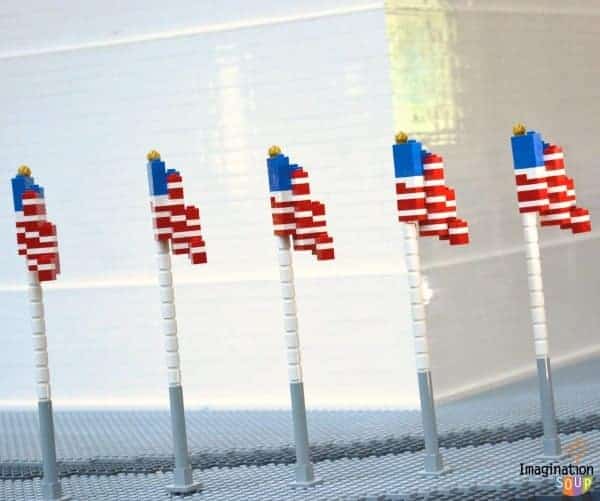 I also really loved these waving flags at the Washington Monument. Not quite like being there but still fun to see.

If you go, upload your photos to Instagram with the hashtag #LEGOAmericana. 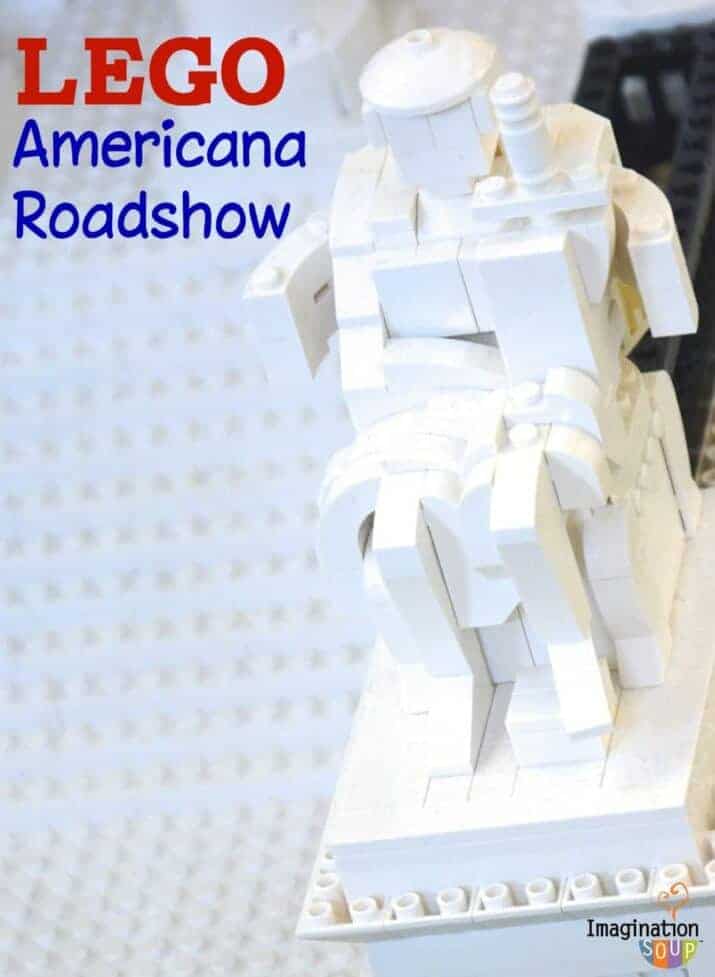