Kids love all sorts of books, especially ones with funny stories. Here are five newly published picture books that will get your kids laughing with delight. ENJOY!

If You Like to Laugh, Read These New Funny Picture Books 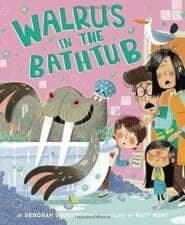 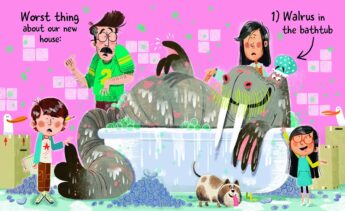 Walrus in the Bathtub by Deborah Underwood, illustrated by Matt Hunt
FUNNY
Things I love about this story:
The worst thing about this family’s new home is the walrus in the bathtub. Why? Because:
Also, walrus songs are very, very loud. The family tries lots of clever things to get the walrus to leave the bathtub but with no luck. So they decide they’d better move. Again. Until the walrus shows them his list — “How to Make Your New Family Feel Welcome” — which, surprisingly, includes all the things that annoyed the family. It turns out the walrus was just trying to be nice! So the family stays. With a few new rules. And a new perspective about all the good things that come with having a walrus in the bathtub. Totally charming! This will make you want your own walrus in a bathtub. 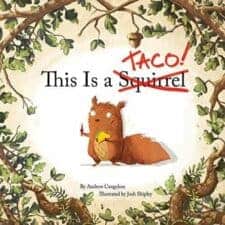 This Is a Taco! by Andrew Cangelose, illustrated by Josh Shipley
Our narrator wants to tell you all about squirrels — with the help of Taco, a squirrel who love tacos and interjects his opinion about the narrator’s facts in comic dialogue bubbles in the illustrations. Taco gets more irritated as he hears the facts like “squirrels love to eat nuts, acorns, and even tree bark“. (He only agreed to be in the book because he thought there would be tacos.) Serious facts are paired with hilarious commentary make this a memorable story filled with squirrel facts and a surprise ending. But danger lurks when the predator of the squirrels, a hawk, arrives! Taco figures out how to escape the hawk AND get his tacos. Hint: All he needs is a red pen. Maybe he can write this story. Kids will beg to read this again and again. 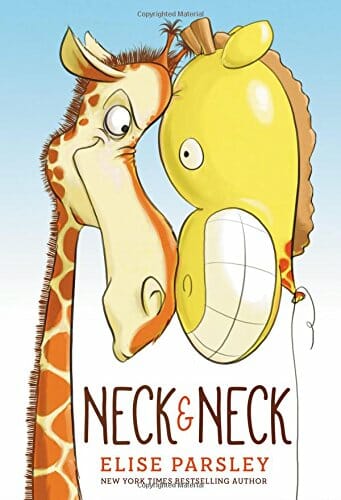 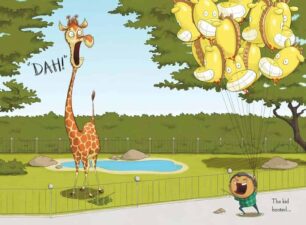 Neck & Neck by Elise Parsley
Both the story and the illustrations are fantastic! In a competition between animal and balloon, who will win? Leopold, the zoo’s giraffe, is so mad and jealous when a little boy announces that his balloon giraffe is better — cheerful, bouncy, flexible, and good smelling. So Leopold pops the boy’s balloon. But the boy comes back with more giraffe balloons…How will Leopold win? Or will he give up? 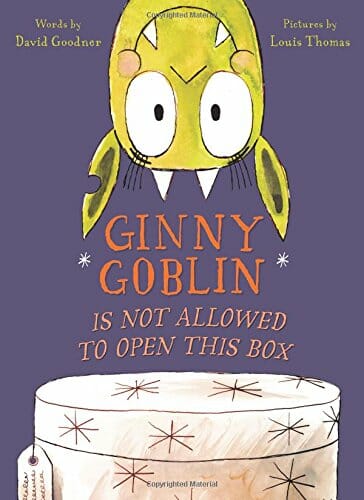 Ginny Goblin is Not Allowed to Open This Box by David Goodner, illustrated by Louis Thomas
Follow along Ginny Goblin stalks a very special box. But even though she’s not allowed to open the box, Ginny Goblin is very persistent. So what if we keep moving the box? Well, Ginny Goblin is still not allowed to do things like catapult little goats to knock the box down… But she doesn’t give up, even if the box is surrounded by a murky moat filled with scaly, scary serpents. But at dinnertime, she’s allowed to sit in the unicorn chair, have chocolate milk, and (FINALLY) open the box! It’s dessert!! (Ginny Goblin is not allowed to eat dessert until she finished her peas.) Silly and fun, this expressive character is sure to be a new favorite. 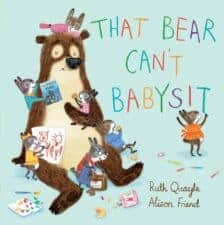 That Bear Can’t Babysit by Ruth Quayle and Alison Friend
Mr. and Mrs. Burrow have a lot of kids — 7 in all! Bear is the only babysitter who can help out. Can a bear babysit? The bunnies tries his best to help even though the bunnies try to convince Bear that they can do all the things… like have a yummy supper of candy and ice cream and cookies. After they convince Bear to let them play in the water, Bear shows the bunnies how to pretend play adventurers. It turns out Bear is a great babysitter. (Even if one bunny gets left in the garden.) Who wouldn’t want a babysitter like Bear? 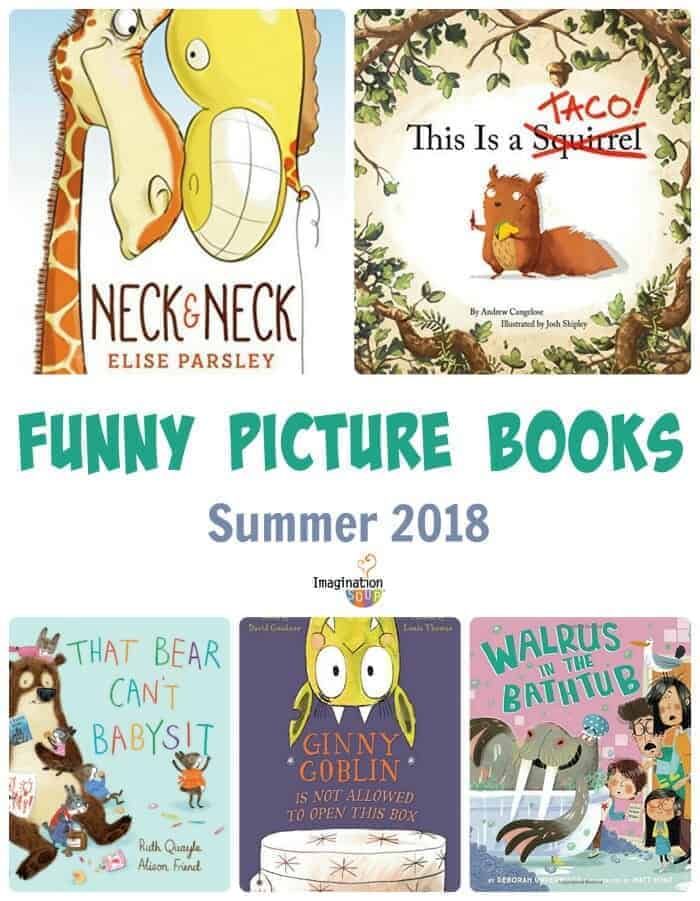