The Newbery Award winning book The Great Gilly Hopkins by Katherine Paterson, blew my mind as a kid with it’s honest storytelling about a sassy foster kid with a big chip on her shoulders. Gilly is one of my favorite characters of all time so I was thrilled to learn it’s coming out as a movie in theaters and on demand on October 7th.

The Great Gilly Hopkins movie stays true to the original book with a modern update and simple additions to externalize Gilly’s inner dialogue from the novel. 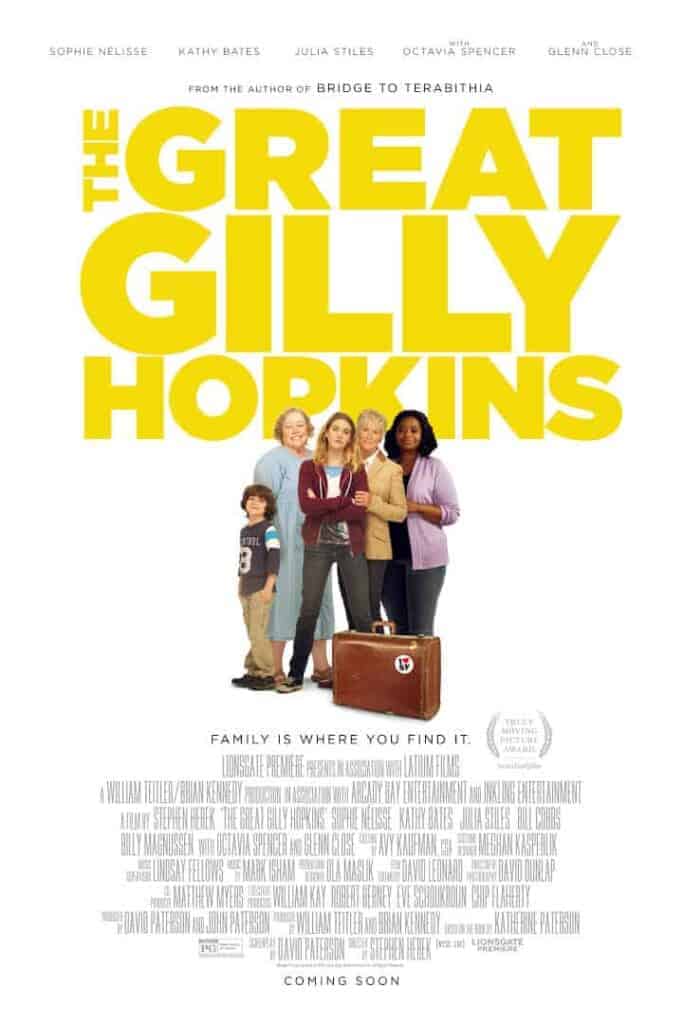 “It took us so long to get it on this screen,” explains Paterson to me in a recent phone conversation, adding, “American is in such turmoil right now; we don’t listen to each other we just want to fight. This movie might help people to talk to each other.”

Gilly is an angry foster kid. When we meet her she’s moved in the Maime Trotter and her diminutive, special needs son. Gilly swears, steals, and makes racist comments. (Which is why it’s been banned.) BUT, please stick with the story because just as the adults in Gilly’s life stick with Gilly, the story arc is SO worth you sticking out the uncomfortable parts!

Those of you who know the book will recall the scene where Gilly writes a racist card for her black teacher. In the movie, the teacher is played by Octavia Spencer. “It is so brilliant in that everybody in America ought to see it,” says Paterson about the scene in the movie.

I ask Paterson why she made Gilly racist when it’s such a hot-button issue. Moreover, why did she let Gilly use the n-word? She explains: “I had to have her do something so outrageous that she would realize how angry she was. . . That terrible card is so jarring and so awful and when you see how the teacher handles it, first, you see that Gilly has to confront her own racism and second, that the teacher does not let the racism destroy their relationship.”

When Gilly’s actions get her sent away, only then does she realize that she’s had a loving, all be it nontraditional family at Trotter’s. She is devastated. Devastated to leave. Devastated to have made such a mistake.

And so are we.

But Paterson reminds us that Gilly has finally learned to care for others and that in itself can be a satisfying ending.

That speaks very highly of a job well done, don’t you think?

I wonder if she thinks kids should read the book first — and yes, she does. “It will help them understand the movie better.” She adds, “It’s a wonderful point of discussion to compare the two.”

As far as the book being banned, I share with Paterson a story when I got in trouble my second year of teaching for reading Bridge to Terabithia. Paterson responds, “My kids always thought it was great I was banned. I really hate it. As you know, it means some teacher or some librarian is in trouble because of me. I can’t feel good about that. Too many brave teachers and librarians have had a hard time because of my book. You don’t really know what’s going to offend . . .”

Indeed, that’s exactly what I figured out the hard way. The family that took me to the school board had recently lost a child. Clearly, their pain made reading about a death difficult.

So in the case of Gilly, you might wonder about exposing your kids to bad words and hard topics like racism.

To that I say this: They already are exposed. More than you know.

Now you can make it yours — take the hard issues and make them talking points, life lessons, and a valuable shared experience.

Then talk about it.

And of course, you must also read more of Katherine Paterson’s books, especially Gilly, The Same Stuff as Stars, and Bridge to Terabithia! She is a gifted, wonderful storyteller.

Thank you to Katherine Paterson for a lovely conversation. I’m a such a big fan and am thrilled that Gilly is being made into a movie! 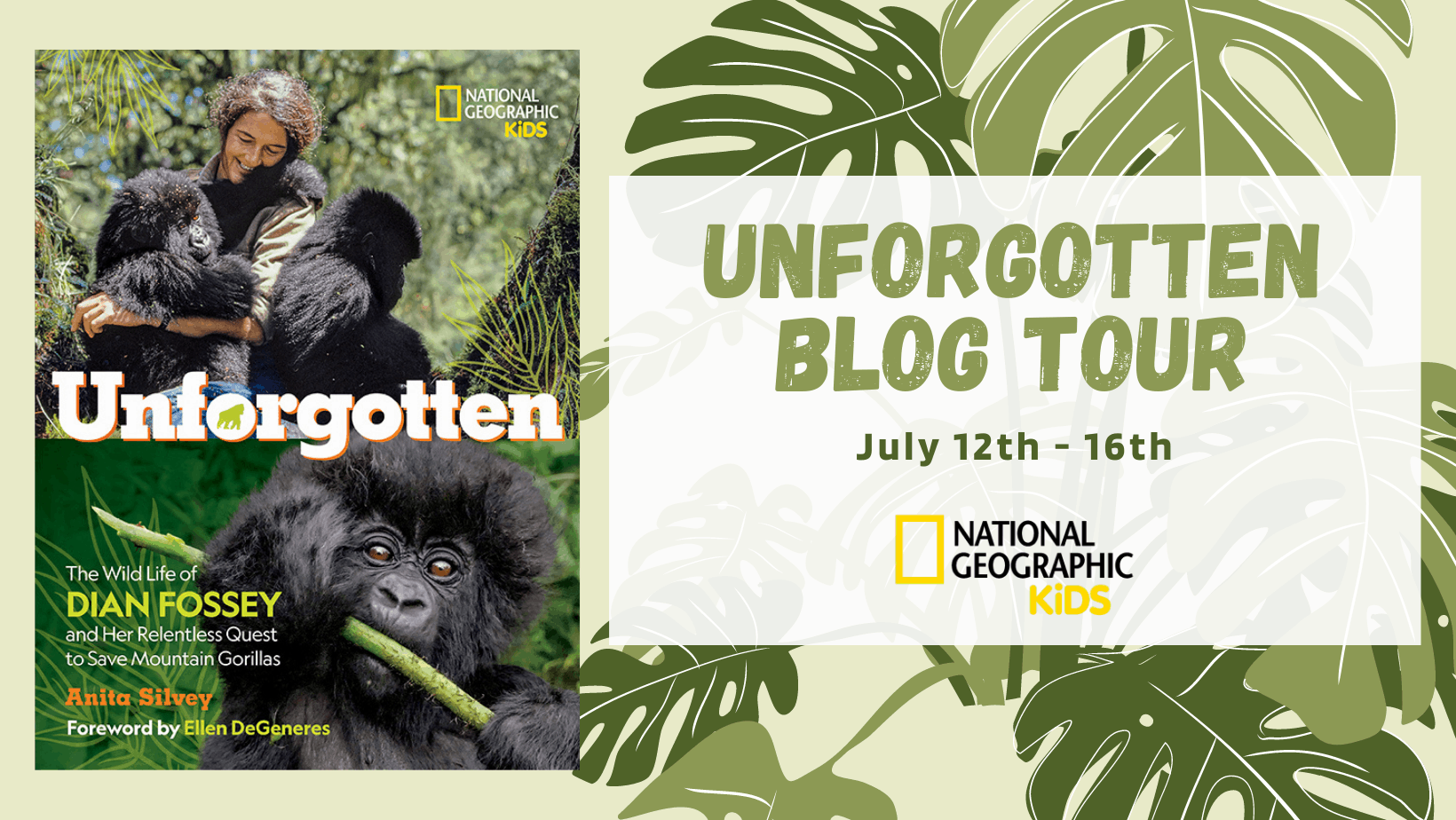 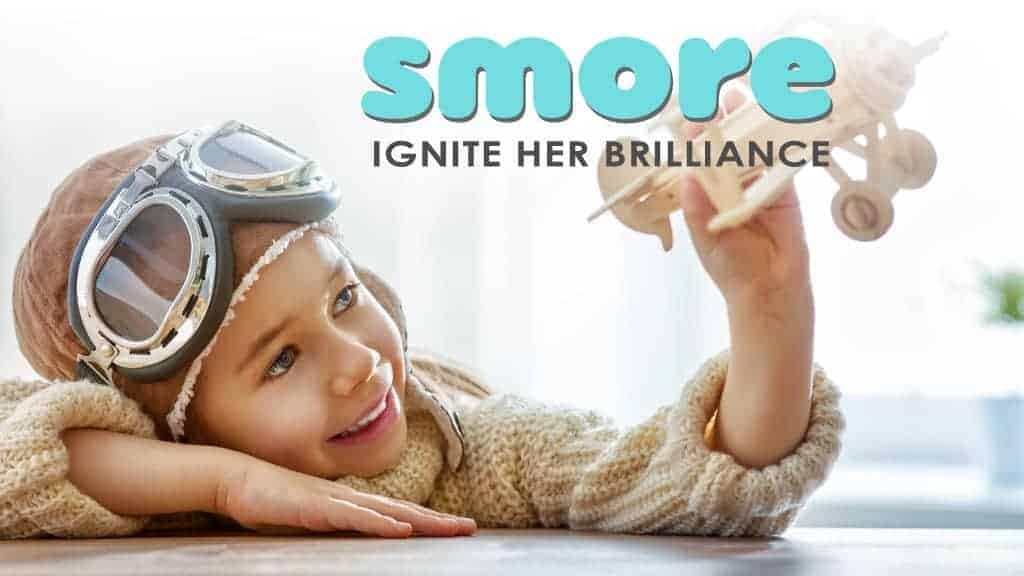