Do you want to build a drone? Now you can with the new Flybrix drone kits that use LEGOs and other components.

The unusual feature of this particular drone kit is that it’s designed to crash and break apart. So you can rebuild it again in one of the three ways — quadcopters, hexacopters, and octocopters.

Flybrix is meant for kids 14 and older. My daughter is 11 and did fine. I think it’s your call on what your kids can handle. 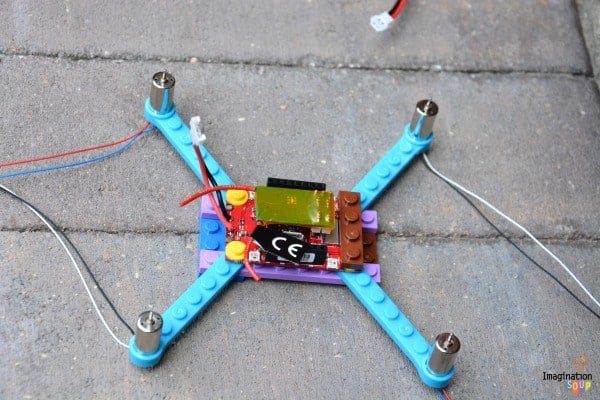 First, let me say this: USE SAFETY EYE WEAR & TIE UP YOUR HAIR.

(My daughter’s flying skills are a bit shaky and the drone got stuck into her long hair which hurt and took forever to get out.)

Order a kit and when it comes, you’ll receive directions to make one of the three types of drones.

It took my kids a bit of trial and error to get the drone to work but you should be able to get it up and running in about 15 minutes.

(Because something will need tweaking, or a step was missed . . . ) 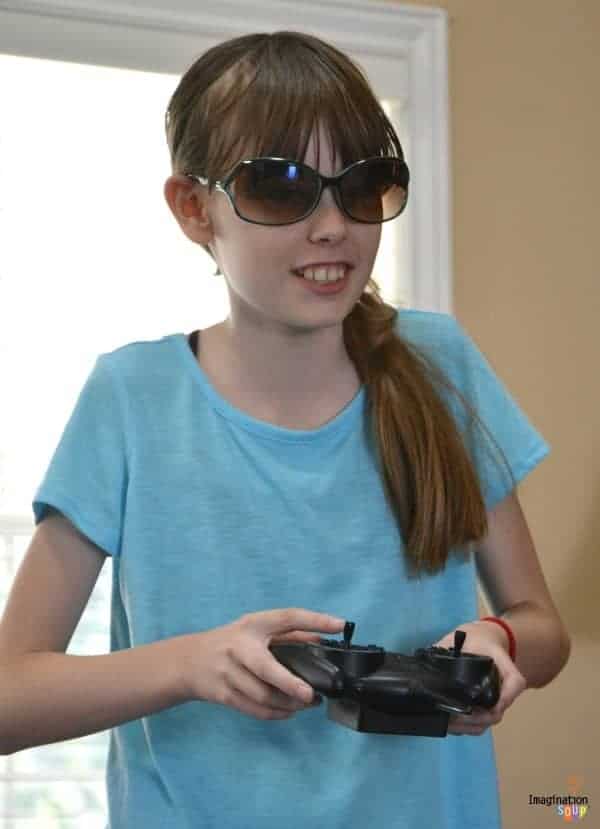 Once the drone is built, you can use an app to fly it OR a hand-held controller.

Flybrix gives you 10 ready-to-play games for learning to fly and challenge other pilots. 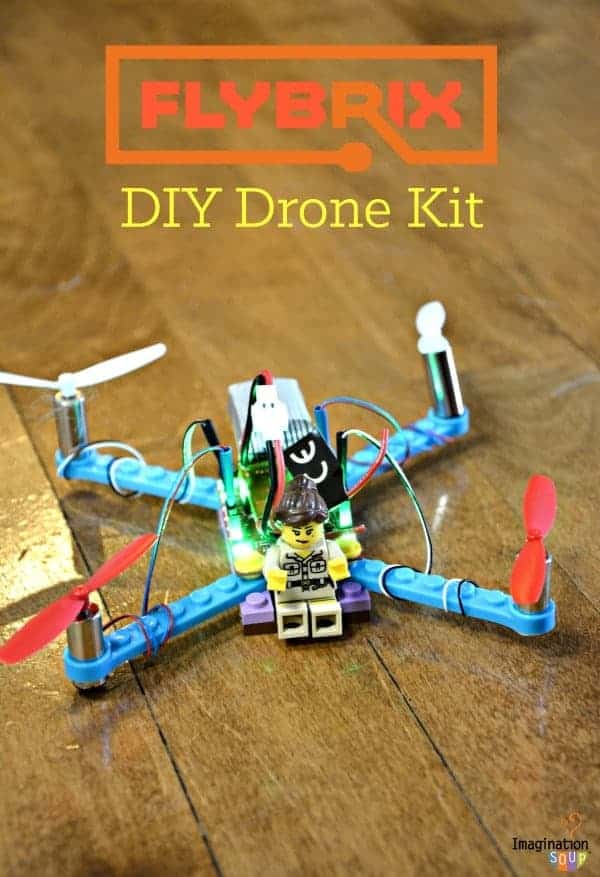 My daughter, as I mentioned, isn’t used to playing video games other than Minecraft so she isn’t a skilled flyer of drones. She did get pretty frustrated how much the drone crashed. I wonder if  other kids get the drone to fly longer. 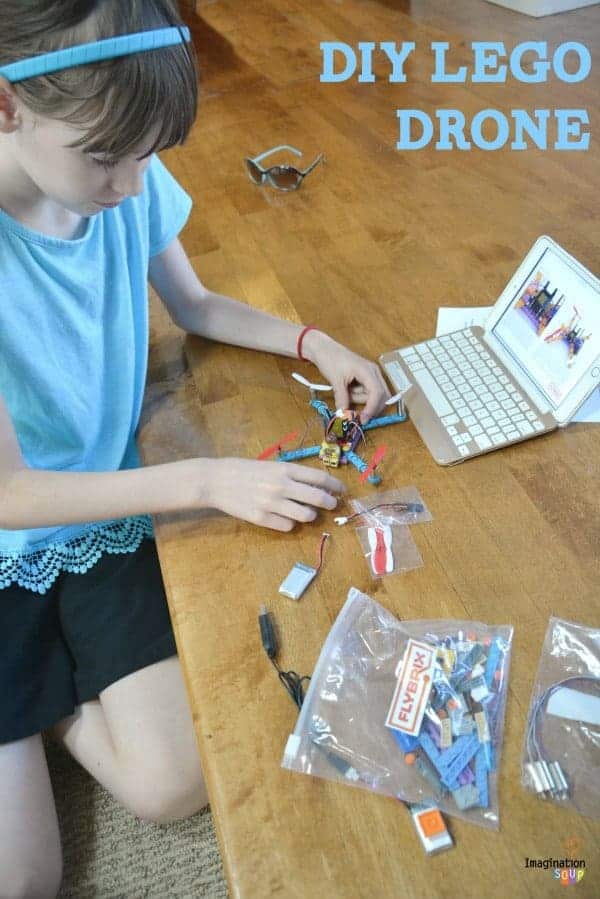 What do you think? Would your kids like this DIY drone kit? 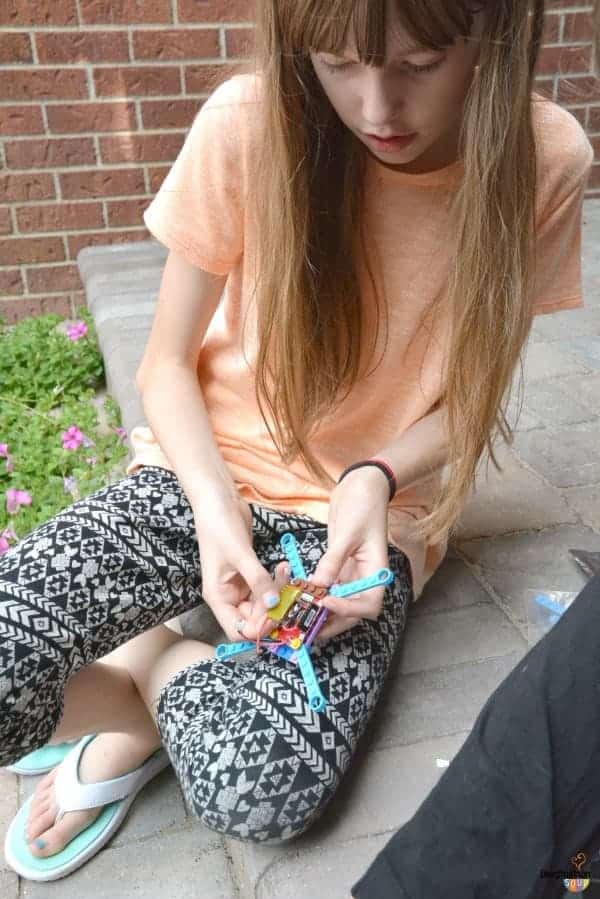 Developed by MIT, Caltech and UW Madison alums, the company’s co-founders Amir Hirsch, Robb Walters and Holly Kasun believe in the importance of STEM skills to facilitate an interest in STEM careers.