Oh, and if you thought the original Brothers Grimm stories were bloody, they can’t hold a candle to the violence in the original Norse myths. But not to worry, I’ve only picked family-friendly books here. 🙂

Since the Norse myths weren’t often written down, many modern-day authors take liberties with the myths as they see fit. Which is quite interesting. You’ll see when you read. In some books, Loki is just a trickster. In others, he’s downright evil. That sort of thing. That’s why some myths contradict each other. (Some of that also came from the original stories.)

Oh, and in case you missed it, please read my review of Magnus Chase: The Sword of Summer and you’ll also find many links to more background info on Norse Mythology.

Magnus Chase and the Gods of Asgard Book Series in Order 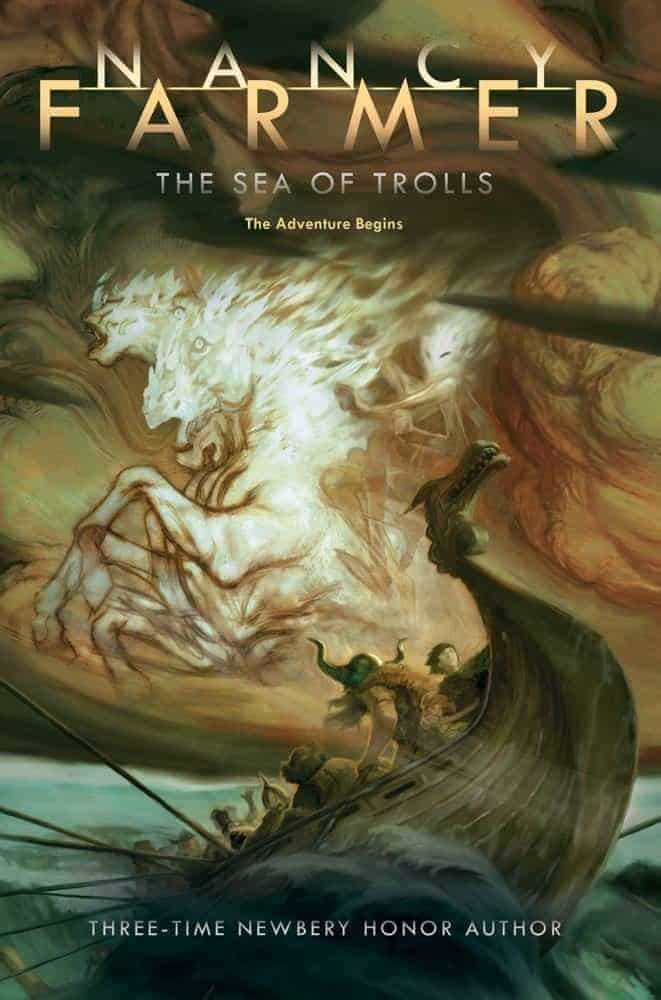 Sea of Trolls by Nancy Farmer
One of my favorite fantasy series!! The Sea of Trolls trilogy is an epic adventure of Vikings, mages, slavery, trolls, and a boy trying to save his sister. I couldn’t put these books down. 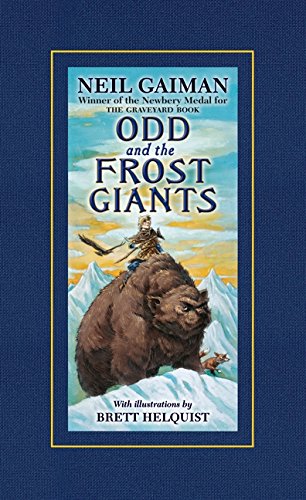 Odd and the Frost Giants by Neil Gaiman
What a fantastic book this is. It’s about a boy named Odd whose mission is to save Asgard from the invading Frost Giants. 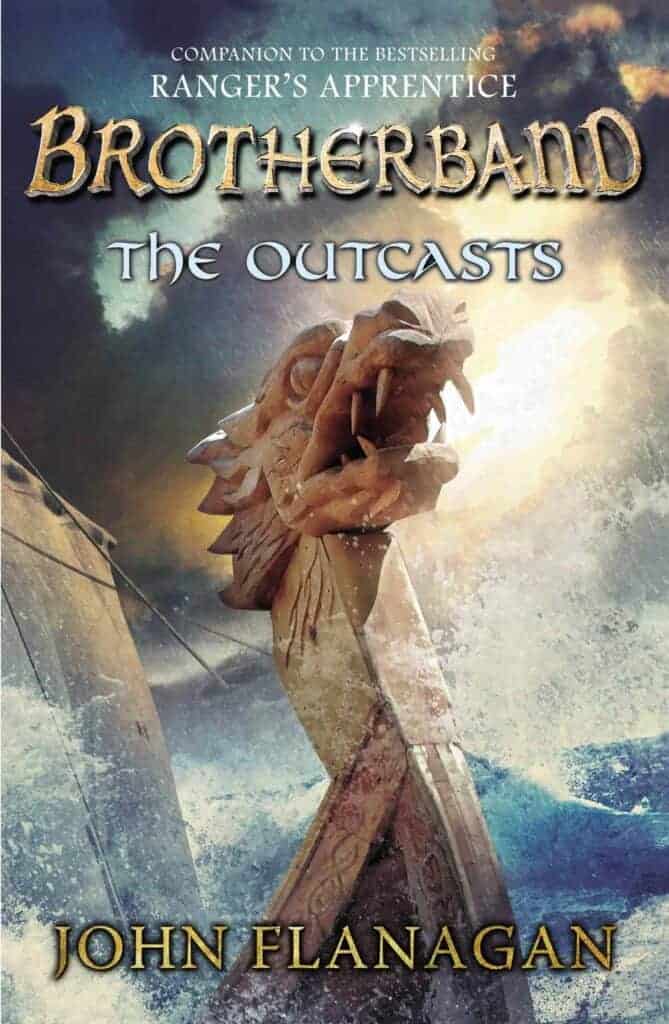 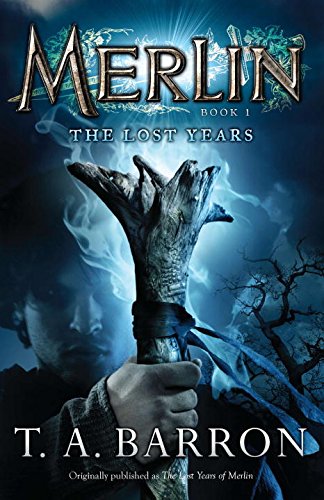 The Lost Years: Book 1 (Merlin) by T.A. Barron
Clearly, this series isn’t Norse but Britannic but it contains similar elements of magic, runes, and dragons. It’s a captivating look at Merlin’s coming-of-age. It’s another of my favorite fantasy series. 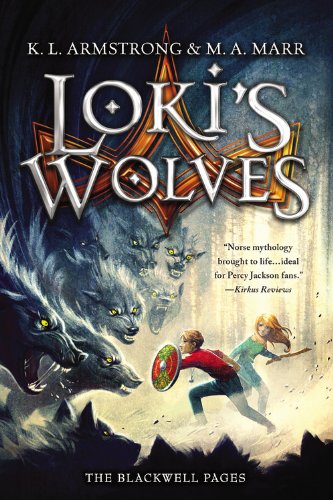 Loki’s Wolves by K.L. Armstrong (series is The Blackwell Pages)
This story was only so-so for me, the pacing was slow and the characters didn’t engage me. However, many disagree so I’d give it a try. It takes place in the present-day town of Blackwell, South Dakota whose inhabitants are all descendants of either Thor or Loki and the kids must decide whose side they’ll be on. 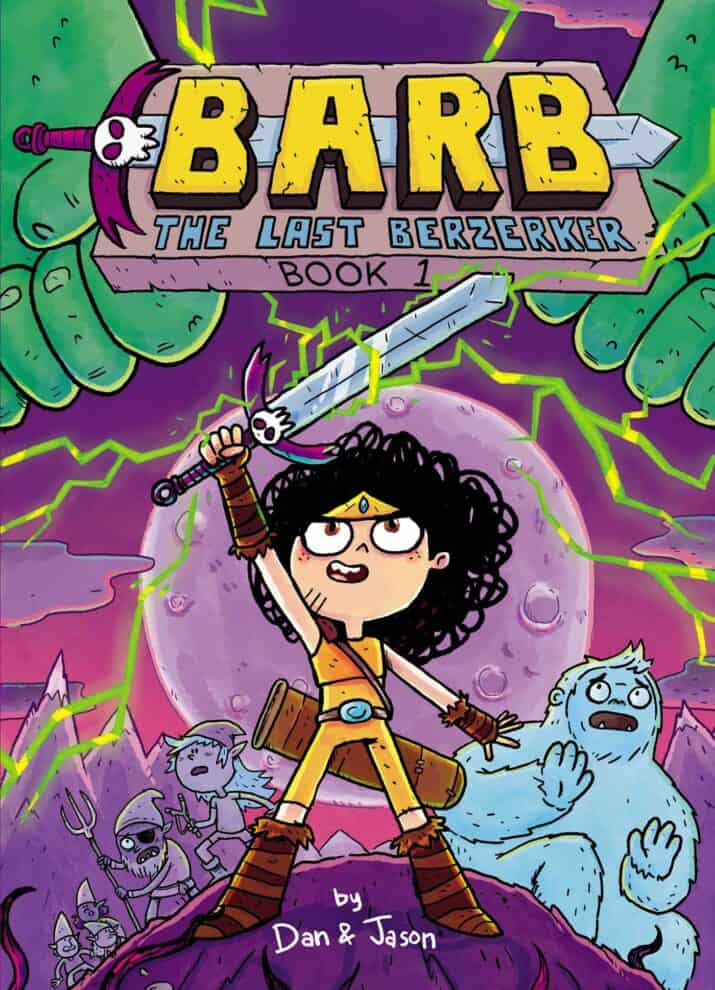 Barb The Last Berzerker by Dan & Jason
Join Barb on a funny, gross, and adventurous quest to find the northern tribe of Zerks so they can help rescue her own Zerks clan who the Witch Head has captured but Barb escapes. But first, Barb steals a special magical sword to help her become a Berzerker. As she travels, she’s joined by her yeti friend named Porkchop. Barb’s small but she’s brave and empathetic, both of which help her with the snot goblins, a giant, and vampire goat fiends, eventually finding her way to the Northern Zerks. But will they help? 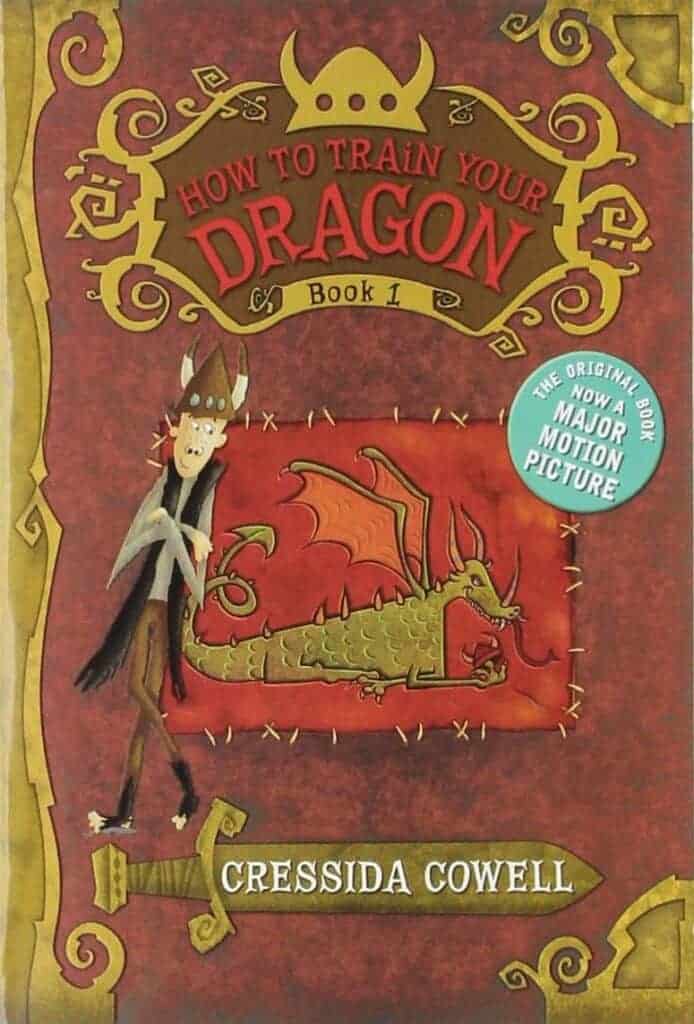 How to Train Your Dragon by Cressida Cowell
I almost forgot to include this book! It’s about an unlikely hero named Hiccup, the son of the clan leader, who isn’t at all like his brave and fearsome dad. Or is he? It’s a funny and entertaining series. 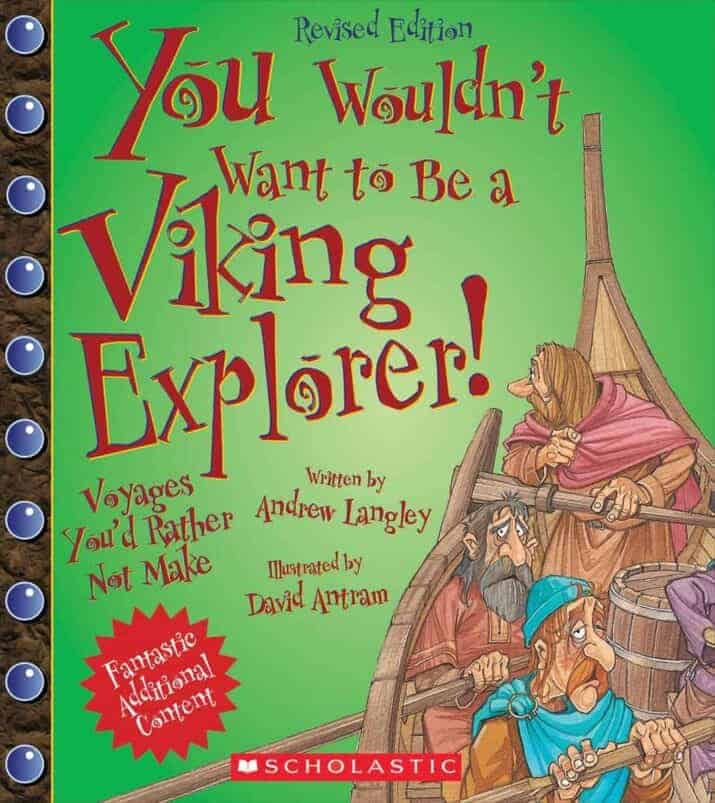 You Wouldn’t Want to Be a Viking Explorer by Andrew Langley
I love this series for making history come alive. You get to be the main character and see what it would be like to live like a Viking. It’s informative in a fun, humorous way. 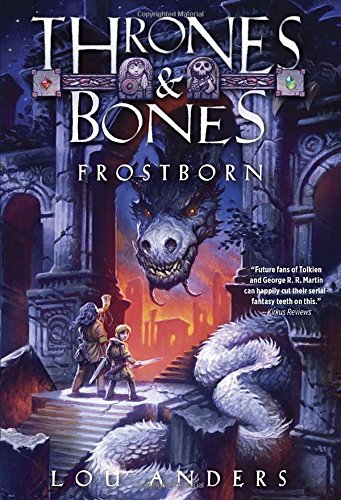 Frostborn: Thrones and Bones by Lou Anders
A great Norse series! Two misfits — a boy named Karn who is only good at playing a Norse board game, and a girl named Thianna who is a half-human, half-giantess — unexpectedly partner to survive deadly soldiers, undead warriors, trolls, and a dragon. (As with the Magnus Chase book, I recommend using the glossary while you read.) 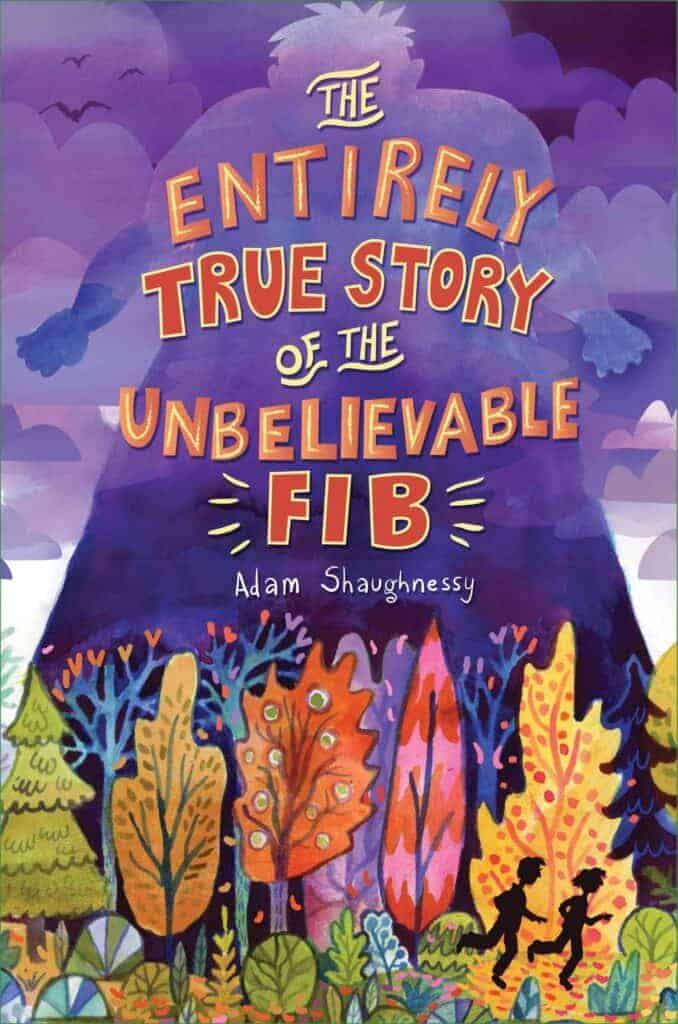 The Entirely True Story of the Unbelievable Fib by Adam Shaughnessy
This book just came out and I’m dying to read it. Apparently, Pru and ABE discover that Viking gods lurk in their town, must race to secure the Eye of Odin and stop a war. 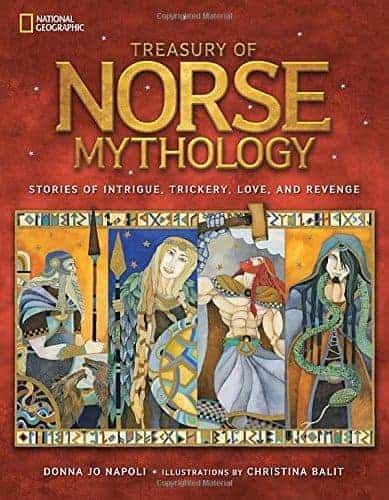 Treasury of Norse Mythology: Stories of Intrigue, Trickery, Love, and Revenge by Donna Jo Napoli, illustrations by Christina Balit
This is a large, kid-friendly collection of Nordic myths with colorful illustrations and informative insets explaining more about subjects such as the Berserkers and the Norse diet. Excellent! 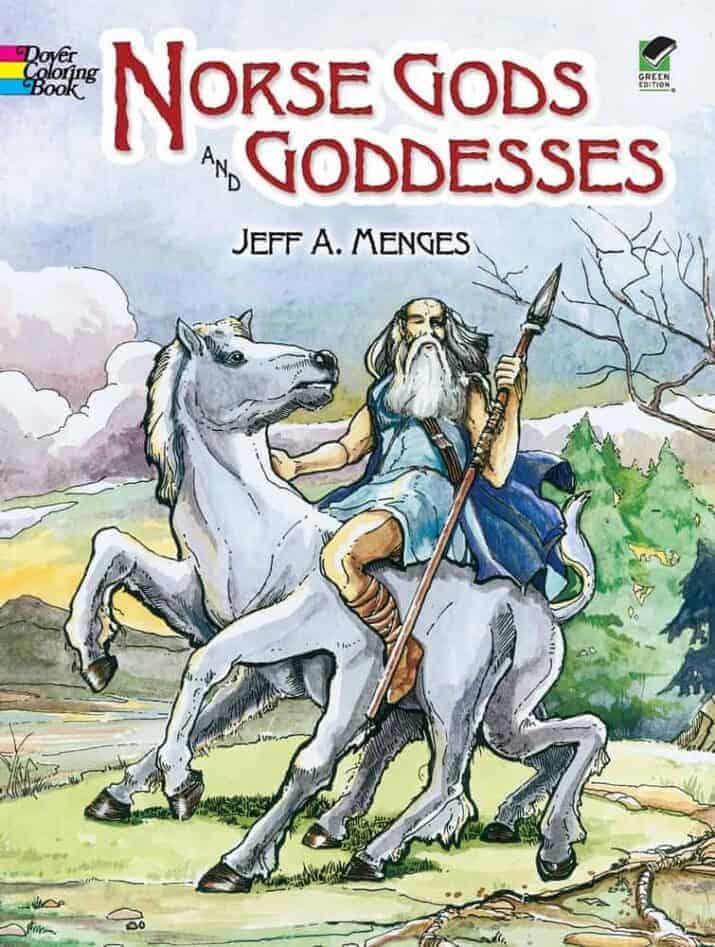 Norse Gods and Goddesses (Dover Coloring Book) by Jeff A. Menges
Read a bit about each god and goddess, then color in the character in action. 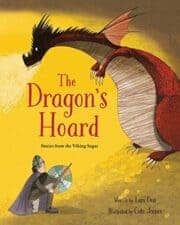 The Dragon’s Hoard Stories from the Viking Sagas by Lari Don, illustrated by Cate James
Although it looks like a picture book, this is more of a nonfiction book of stories and occasional pictures. They’re good stories and quite unique since most of us aren’t familiar with Norse legends. Each story is about four or five pages in length. 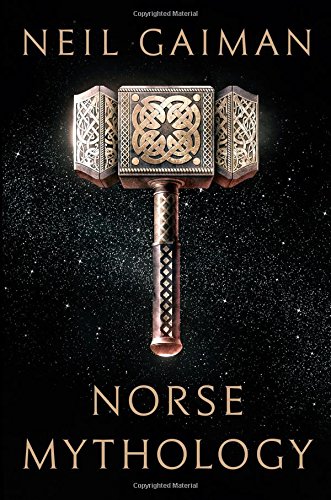 Norse Mythology by Neil Gaiman
If you’ve been a fan of Rick Riordan, you’re probably more knowledgeable about Norse mythology than most. Now, discover the major stories of this Northern culture from Neil Gaiman’s perspective. Gaiman shares stories of the beginning of the Gods, how the Nine Worlds were formed, how Odin lost one eye, the children of Loki, and so much more, all the way to Ragnarok. These stories are more bloody than the Greek pantheon but they are quite entertaining nonetheless and hard to put down once you get reading. 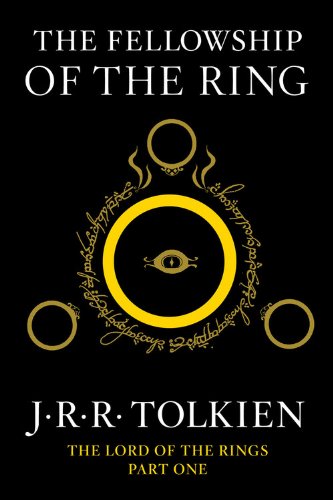 The Lord of the Rings series by J.R.R. Tolkien
Not specifically Norse, we know that Tolkien was greatly influenced by Beowulf and Norse mythology. In this series, you’ll find trolls, elves, dragons, magic, and many similar mythological elements that infuse the Nordic myths. 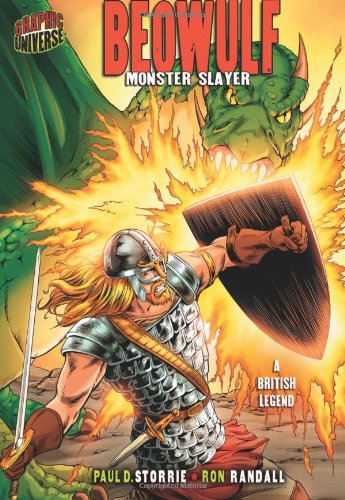 Beowulf Monster Slayer by Paul D. Storrie, pencils and inks by Ron Randall
The original epic poem, Beowulf, is a challenge to read — it’s in Old English. This is a full-color graphic novel story about the hero, Beowulf, who fights the monster Grendel for the Danes. (And is slo much easier than reading the Old English.) 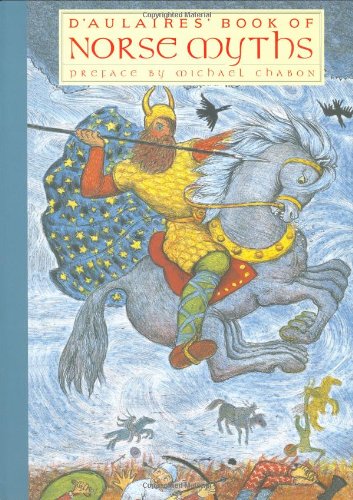 The D’Aulaires’ Book of Norse Myths by Ingrid and Edgar Parin d’Aulaire
I wish they’d update this book’s font size but other than that, it’s a really good basic primer on the Norse Myths. (I know, reading glasses . . . !) 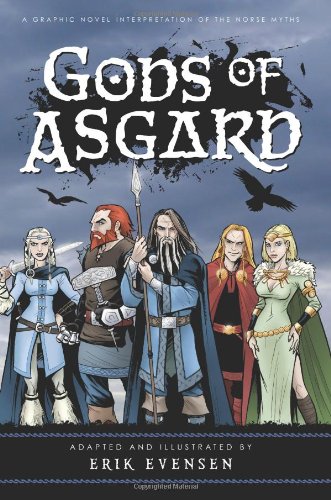 Gods of Asgard: a graphic novels interpretation of the Norse myths by Erik A. Evensen
If you’re a comic book fan, check out this black-and-white graphic novel about the Gods of Asgard — Thor, Odin, Loki, and the rest. I haven’t read it but this particular book but it looks well-done. 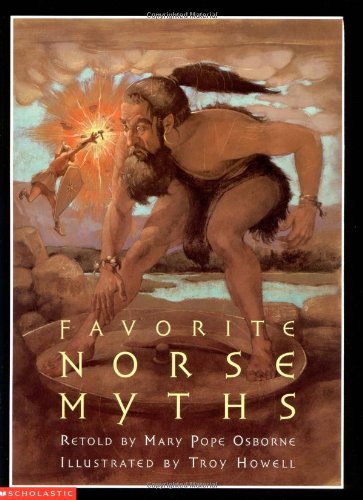 Favorite Norse Myths retold by Mary Pope Osborne, illustrated by Troy Howell
Mary Pope Osborne is a good writer and these are easy-to-follow retellings of the Norse myths. 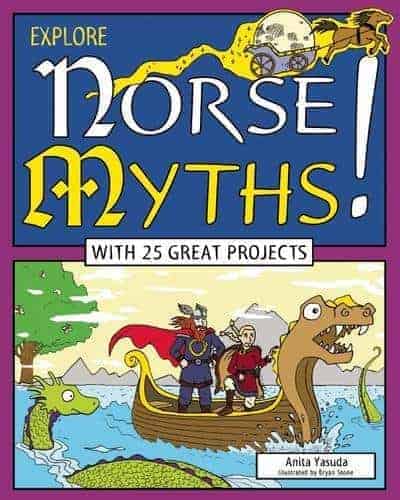 Explore Norse Myths! With 25 Great Projects by Anita Yasuda, illustrated by Bran Stone
Soon to be published, this book looks appropriate for younger kids and includes stories about Norse explorers like Erik the Red as well as comics, trivia, and jokes. 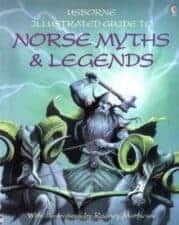 Usborne Illustrated Guide to Norse Myths & Legends retold by Cheryl Evans and Anne Millard, designed and illustrated by Rodney Matthews
I like this book because it’s designed more like a DK book with pictures throughout each page — making it easy to skim and more interesting to the eye.

Dead Radiance A Valkyrie Novel by T.G. Ayer (part of a series) ages 13+
This book series combines Norse mythology, adventure, and romance — it’s on my list to read and then I’ll update this post with a review. (Although it gets great reviews from others on Amazon and Goodreads.) The first book is free on Kindle. 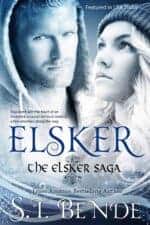 Elsker #1 by S.T. Bend by S.T. Bende ages 13+
I enjoyed this romantic first book about a girl who falls in love with a Norse god who is fated to die at Ragnarok. The first book is free on Kindle. 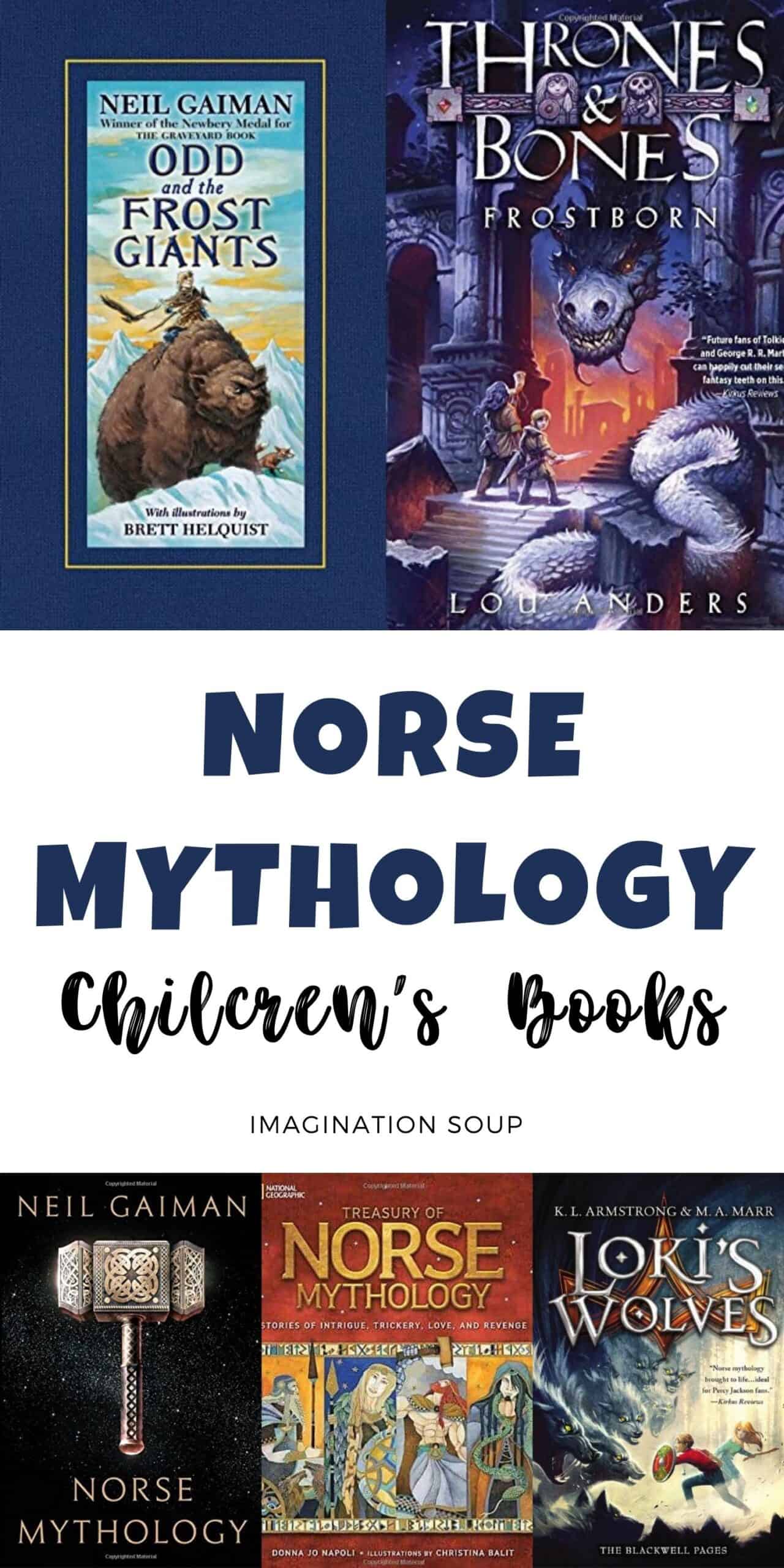 Choose Your Own Adventure Books