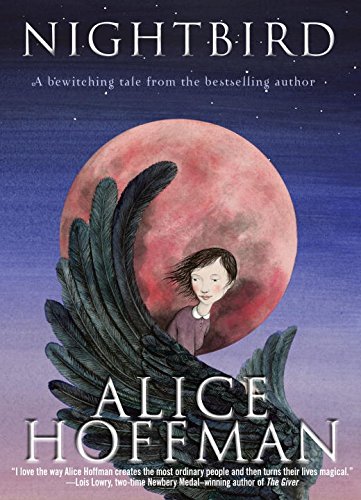 Nightbird by Alice Hoffman FANTASY ages 8 -12
Wow. Nightbird’s magic isn’t only in the story but in the woven images of enchanting characters and plot. This book will stay with you long after the last page. Twelve-year-old Twig lives on the edges, trying to stay unnoticed in order to protect her secret brother — a handsome, smart boy who lives in the attic of her home. He bears the family curse — he has wings. But when he won’t stay hidden anymore, and reveals himself to their beautiful neighbor girl. Twig hurries to stop both the curse and the town from hunting her brother as a monster. A wonderfully bewitching story I couldn’t put down! 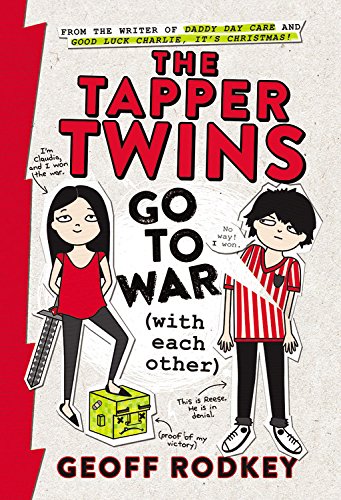 The Tapper Twins Go to War (with each other) by Geoff Rodkey  REALISTIC ages 8 – 12
What I love about this book, besides the structure which I’ll explain in a minute, is the true-to-life depiction of the twins. As the pair seeks revenge upon each other, they feel justified and sort of guilty at the same time. (Of course, this doesn’t stop either of them.) The interjecting texts between the parents, mostly unsure of how to handle different situations are perfect to balance our view of the kids’ lives. As I mentioned, the structure of this book is fun, making it a quick read. Told in interviews, text messages, photos, handwritten additions, and screen shots, it’s appealing to our kids who live with these styles of communications every day. Overall, I thought The Tapper Twins to be a humorous, enjoyable story.

Story Thieves by James Riley FANTASY / SCI-FI ages 8 – 12
Imagine that you could enter a fictional world. What would you do? When Owen catches his classmate Bethany sneaking out of Charlie and the Chocolate Factory with a chocolate face, he has the brilliant idea of going into his favorite book and saving the hero. Of course, he doesn’t tell Bethany, who will have to take him since she’s half-fictional on her dad’s side. And, of course, it will be a disaster. Follow Owen and Bethany as their adventure becomes dangerous and scary and is it fiction or real? Readers must suspend disbelief and go with it. You won’t be disappointed. 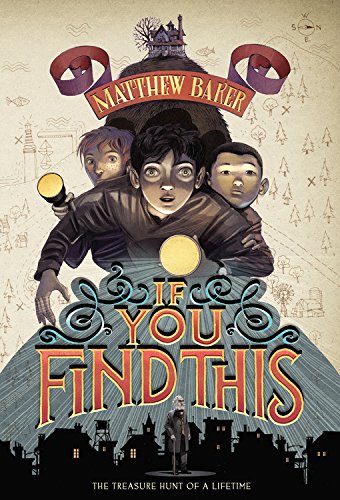 If You Find This by Matthew Baker REALISTIC FICTION ages 8 – 12
3 boys, 2 grandfathers, and 1 treasure. This well-written story wove real life problems (losing your house, missing your father, bullies at school) into the adventure of a lifetime. Nicholas’s ex-con grandfather Rose tells Nicholas he’s buried valuable heirlooms. Now Nicholas and two other misfit classmates must try to get the information out of his grandfather’s confused mind. Then find the treasure. If it even exists. . . 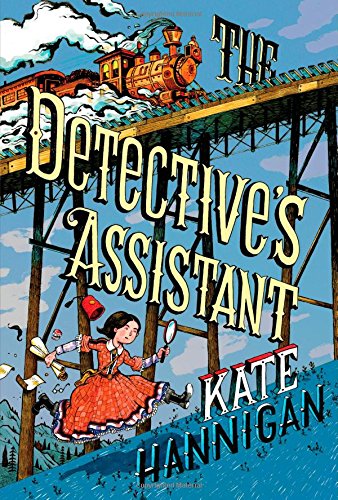 The Detective’s Assistant by Kate Hannigan HISTORICAL FICTION ages 8 – 12
Neil’s Aunt Kate, based on a real historical figure, works as the first female detective for the Pinkerton National Detective Agency. She has no interest in letting newly orphaned Neil stay with her so Neil determines to become invaluable to Kate. The history, as well as the intrigue of each new case, kept me highly entertained. 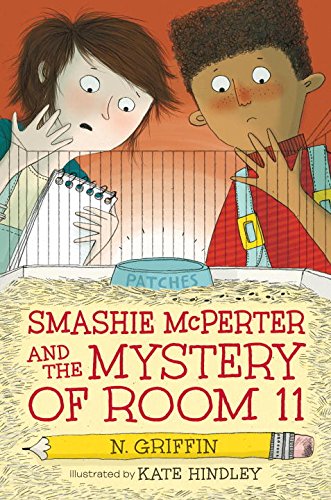 Smashie McPerter and the Mystery of Room 11 by N. Griffin, illustrated by Kate Hindley MYSTERY ages 8 – 11
Falsely accused of stealing the class 11 hamster, who she admittedly doesn’t like, third-grader Smashie decides to find the real thief and clear her name. She and her friend Dontel look for clues and try to put them together to solve the crime. Smashie is a well-written, relatable book on the easier side of middle-grade chapter books. see more: mystery books for kids 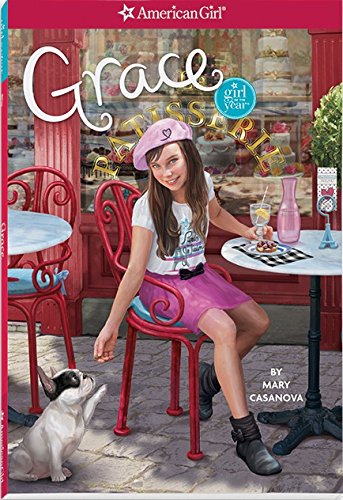 Grace American Girl REALISTIC FICTION ages 8 – 12
My daughters both love American Girl dolls and books. Grace is the doll of the year for 2015. The book is about Grace’s adventure in Paris with her relatives, including a step-cousin who doesn’t seem to like her or speak much English. Grace develops her courage for new things as well as her cooking skills in her uncle’s bakery. And slowly she and her cousin develop a friendship. It’s a sweet, easy-to-read book where you’ll learn more about French cooking and words set in the City of Lights. 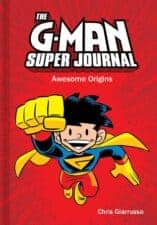 The G-Man Super Journal Awesome Origins by Chris Giarrusso SCI-FI ages 8 – 12
I worried this was yet another journal as a book with comic illustrations that imitated Diary of a Wimpy Kid. Not so! I was happily surprised and delighted to discover this world of people with superpowers, narrated by a young boy named Michael G. Michael. who longs for superpowers. He can’t believe his bad luck to have a teacher who hates everything about superheroes, parents who don’t believe why he got detention from said teacher, and friends who are getting powers that he wants. But, Michael persists with a cheerful attitude and, with a little help from Michaelangelo, gets his wish. Both my daughter and I loved this adventure. 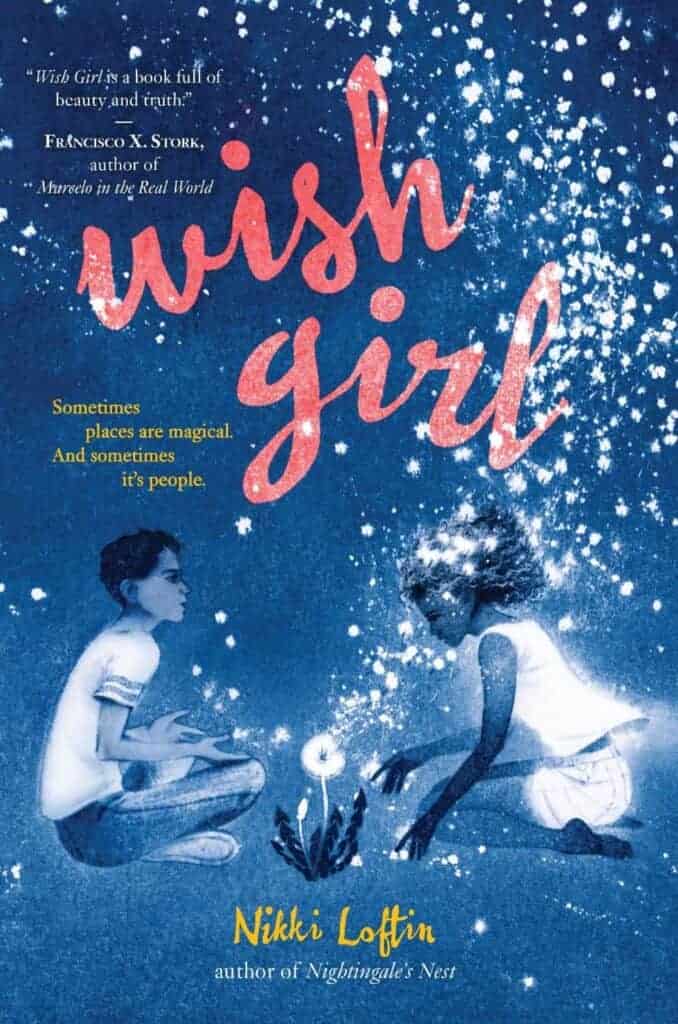 Wish Girl by Nikki Loftin REALISTIC FICTION ages 8 – 12
Peter escapes his yelling, hurting family by wandering around the Texas Hill Country. He meets and befriends a Make-a-Wish Girl named Annie, who is also escaping her daily reality of a (stupid) art camp and a cancer treatment she doesn’t want. To avoid the unwanted surgery, the pair run away to the magical valley they know will protect them. This is so well-written! The characters are realistic with dysfunctional family dynamics, an important friendship, despair, and hope — it hooked me from the first page. Amazing! 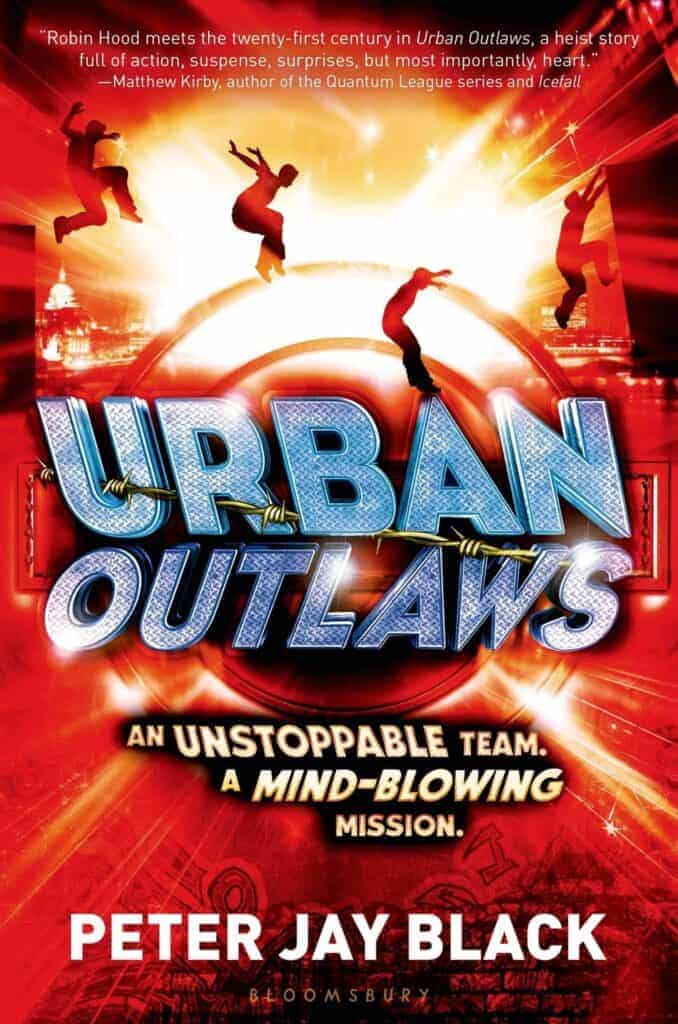 Urban Outlaws: An Unstoppable Team by Peter Jay Black ADVENTURE / SCI-FI ages 8 – 12
These smart orphan kids live on their own under the subway. They use their brilliance to help others by stealing from crooks and redistributing the wealth. In this adventure, they steal a super spy computer that if in the wrong hands would be terrifying. This is a very entertaining and action-packed chapter book for kids. 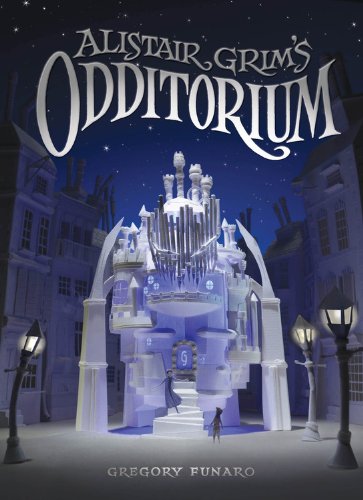 Alistair Grim’s Odditorium by Gregory Funaro FANTASY (STEAMPUNK) ages 8 – 12
In Victorian London, Grubb (with two bs) accidentally escapes his cruel adopted chimney-sweep father to a most unusual place called the Odditorium — which, as a magical pocket watch named Mack explains, is full of Odditoria — any object possessing magical powers. Before he’s settled into his new home, an evil prince and his minions attack the Odditoria to get Mr. Grim’s powerful animus. While I do love the magical Odditoria elements, I adore how the author weaves the understanding of one’s family and belonging throughout the tale which, I must say, has the most satisfying conclusion.

The Terrible Two by Mac Barnett and Jory John, illustrated by Kevin Cornell REALISTIC / HUMOR ages 8 – 12
My daughter read this first and begged me to read it immediately. It’s SO funny! And, you can learn some valuable cow trivia. But, it’s mostly the hilarious adventure of two pranksters who eventually work together to pull off the biggest prank of all time — a prank that will ensure they get April Fool’s Day off from school. 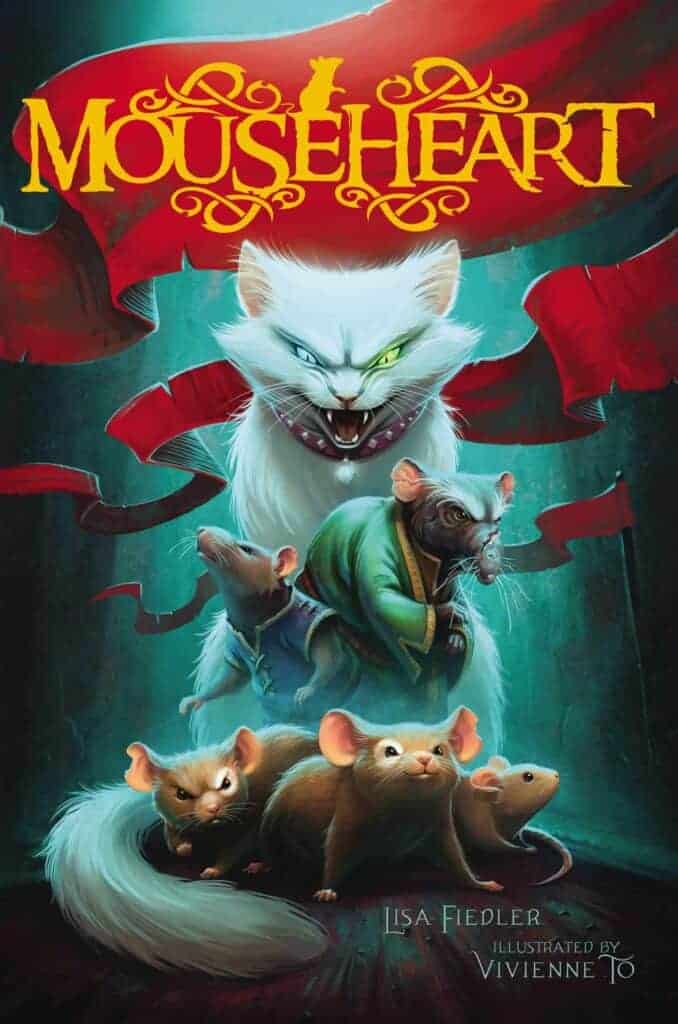 Mouseheart by Lisa Fielder FANTASY ages 8 – 12
When Hopper escapes from his pet shop home, he learns that the tunnels below Brooklyn are filled with dangerous felines, a mouse community called the Mus, and a (seemingly) utopian city of rats. Adventure ensues with his new friend, the rat prince, the discovery of his siblings, and a WAR! The pacing in this chapter book seemed a bit sluggish to me, but my daughter enjoyed it as a read aloud at bedtime.