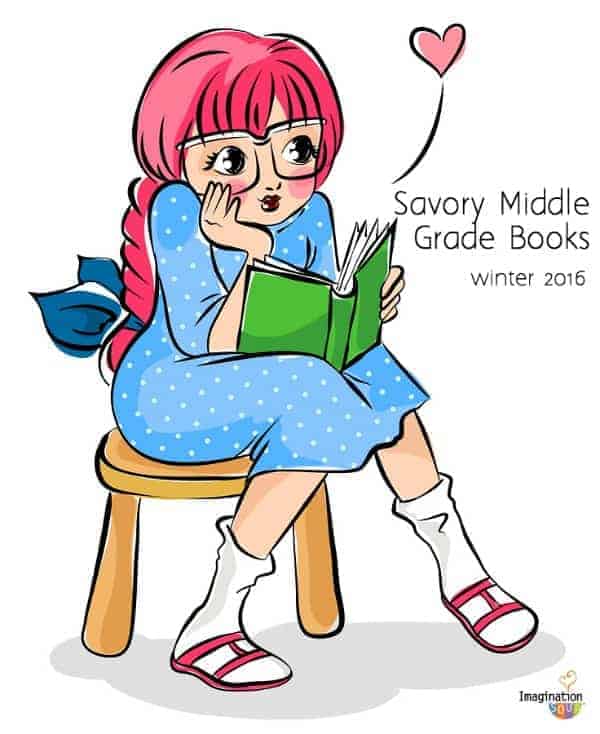 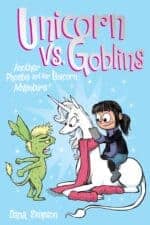 Unicorn vs. Goblins Another Phoebe and her Unicorn Adventure by Dana Simpson HUMOR
My family thinks I’m nuts because this book had me laughing out loud LOUDLY. (I think I’m turning into a cackler!?!) And when my daughter read it, she couldn’t help but share every few pages — because it’s just so darn funny. Simpson perfectly entertains readers with her sparkly illustrations and witty dialogue. You’ll love the vain unicorn, Marigold, and her best friend, Phoebe. Add this to your must-own book list. It’s meant to be reread multiple times. see more Funny Books for Kids 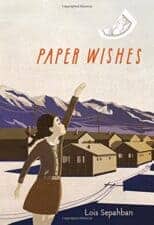 Paper Wishes by Lois Sepahban HISTORICAL
It would be hard as an author not to vilify this country for sending thousands of Japanese Americans to prison camps. But this author doesn’t. She just skillfully shares the evocative story of 10-year old Manami of Washington State, who is sent with her family to a dusty camp, leaving behind her beloved dog, Yujiin, and everything else they owned. Devastated, Manami stops speaking. Her story is painful, sprinkled with hope, and all too real. Please read this with your kids– it’s important. (This book is on my BEST CHILDREN’S CHAPTER BOOKS OF 2016 list!)

Friday Barnes: Girl Detective by R.A. Spratt, illustrated by Phil Gosier MYSTERYFriday thinks like Sherlock Holmes in the sense that she’s brilliant and observes her surroundings to draw conclusions. She’s a neglected 5th child who sends herself to boarding school where she actually (and surprisingly to her) makes friends and solves mysteries. I can not wait for the next book!! This is going to be another fantastic series by the talented R.A. Spratt with its crisp plotting and characters with big personalities.

The Looney Experiment by Luke Reynolds REALISTICAs I read this book I kept thinking wow– another important life lesson — because they just keep coming in this story. Atticus is bullied, upset at his parents separation, and uninspired in school . . . until he meets the language arts substitute, Mr. Looney. Mr. Looney shows Atticus, and his classmates, how to find WHO THEY ARE in the company of characters in a story (specifically To Kill a Mockingbird) and how that applies to their own lives. I loved Mr. Looney’s character — how he just was present for Atticus without giving advice but facilitating Atticus’ self-discovery. I also loved that the story had a realistic ending. (However, I didn’t love the use of the word crap so much — but that’s just a personal preference.) 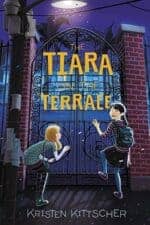 The Tiara on the Terrace (book 2 in the Young and Yang series) by Kristen Kitschier MYSTERY
Three friends, ammeter sleuths, are certain that the Winter Sun Festival President’s murder is no accident. They’ll go so far as auditioning for the Royal Court to infiltrate and investigate. It’s a fun mystery with lots of clues and red herrings!

Some Kind of Courage by Dan Gemeinhart HISTORICAL
After losing his entire family, the last straw happens when his horse is sold without his permission. Joseph begins a journey to find and buy back his horse, Sarah, the only family he has left in the world. Along the way he develops a friendship with a Chinese boy who speaks no English, wins a horse race, helps deliver a baby, and fights an outlaw. Excellent writing — I couldn’t put this book down. Plus, I grew up where this story takes place, right near Yakima, Washington, so it held special meaning for me. 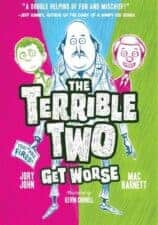 The Terrible Two Get Worse by Jory John and Mac Barnett HUMOR
(This review is written by my daughter, JJ.) Guess what, everybody! The Terrible Two has a just-as-funny sequel! I know some of you liked the first book, but now they’re back with more pranks. And cows, too. But now Miles is actually feeling a little (a lot) guilty. They accidentally eavesdropped on Principal Barkin’s father calling Principal Barkin. And Barkin Senior is not a loving father when Barkin Jr. is being a target for pranks. But that’s not all– Principal Barkin gets fired and Barkin Senior is back in the principal business. see more Funny Books for Kids

Julius Zebra: Rumble with the Romans! by Gary Northfield HUMOR
You’ll love how hilarious this book is — it is a total crack up. Zebra and his fellow African savanna animals are captured and forced to fight in the Roman Colosseum. The animal characters are lovably wacky, the action is comedic, and the cartoon illustrations are perfect. You might even learn a bit of Roman history while you’re reading! Great for everyone but especially reluctant readers who love funny books.

The Boy Who Dared by Susan Cambell Bartlett HISTORICAL
Based on a true story, this is about a Polish – Morman boy who decided to stand up to the Nazis — he sneaks an illegal radio to listen to the BBC news and writes it up, distributing flyers. It’s sad but inspirational. 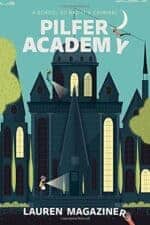 Pilfer Academy: a School So Bad It’s Criminal by Lauren Magaziner ADVENTURE
Mischievous George is kidnapped from home and forced to attend a school for crooks — where the teachers are criminal and also not very familiar with words and pronunciation (this will make you laugh!) George goes along with his new program and classes but he feels awful when he’s bored to steal a child’s teddy bear. He realizes that maybe he is not cut out for a life of crime. The problem is how to escape? Because if kids who don’t make it at the school disappear. For good. Excellent! 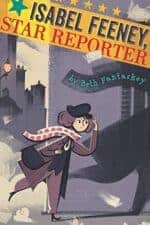 Isabel Feeney, Star Reporter by Beth Fantasy MYSTERY
In Chicago, 10-year old Isabel sells the newspaper she wants to write for during the days of speak-easies and the Mob. When one of her customers is accused of murder, Isabel decides to investigate and prove the woman’s innocence. She meets the famous woman reporter, Maude Collier, and two new friends who all are important to solving the case. This historical mystery grabbed my attention from the first page. The book’s memorable characters and interesting plot makes the historical setting come alive.
also see:MYSTERY BOOKS, FUNNY BOOKS, HISTORICAL FICTION BOOKS

Get Kids Off Screen Time: Favorite Audiobooks for Kids Ages 8 – 12

Four Steps to Get Your Screen-Loving Kid to Enjoy Books