“I want to save these books for when I have kids and they’re learning to read,” announced my daughter as she organized and read each of the Tug the Pup and Friends beginning readers.

So I had to read these and share with YOU. Because it’s my never ending goal to find your kids beginning readers that they’ll actually like! (And that aren’t nonsensical!) 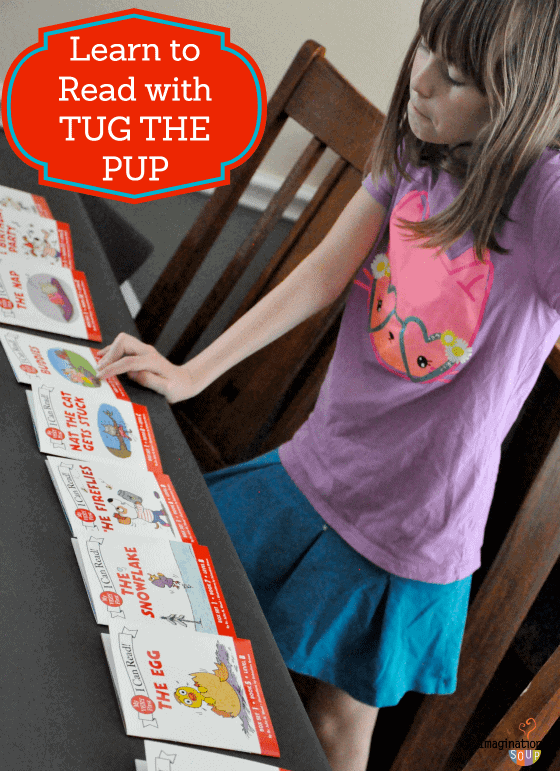 She’s more picky than me about books so her endorsement says a lot. Here’s what she and I think about the Tug the Pup books:

They aren’t your average dull as dirt beginning readers. (Hooray!)

They will keep your child’s attention. 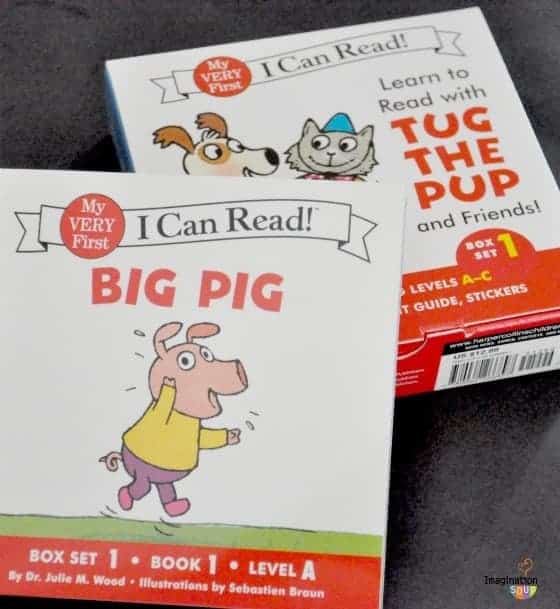 The credit for this new beginning reader series goes to the writer, Dr. Julie M. Wood, former director of the Jeanne Chall Reading Lab at Harvard Graduate School of Education. She knows all about reading and what kids like. 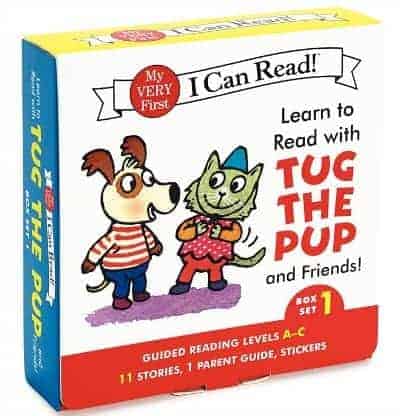 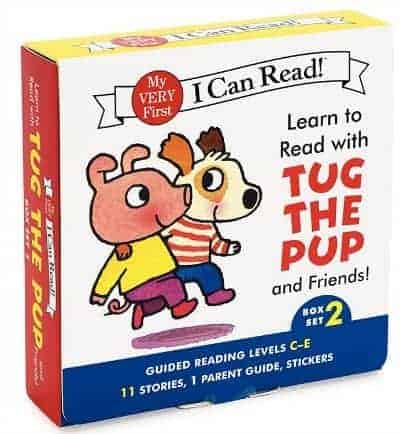 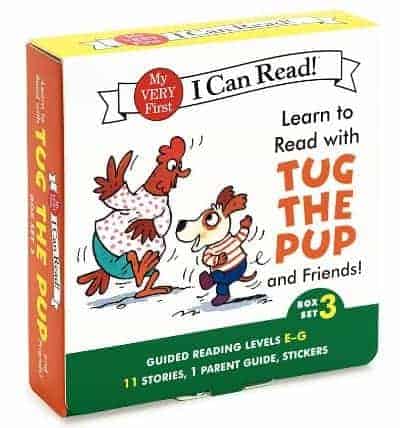 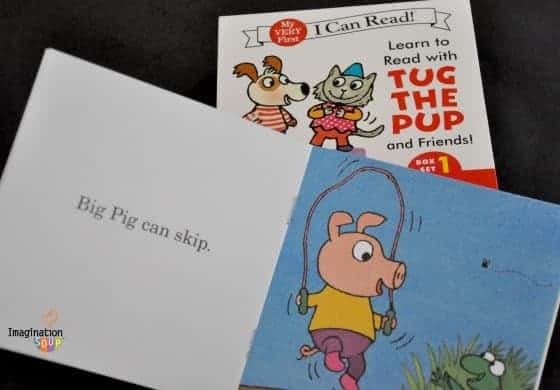 If you have a kiddo who is learning to read, and you want to give him practice, try this new Tug the Pup series. Maybe he’ll want to save them forever like my daughter.

All Recommended Early Readers for Kids (Ages 5 and 6) 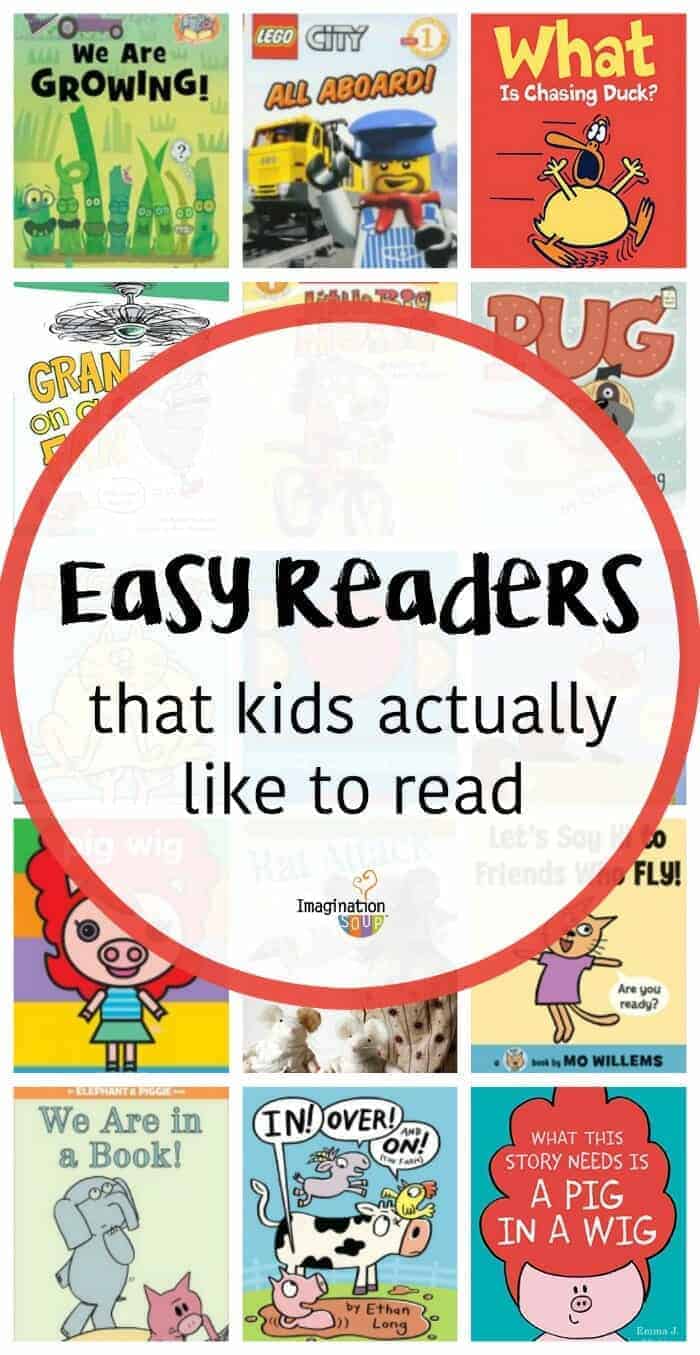